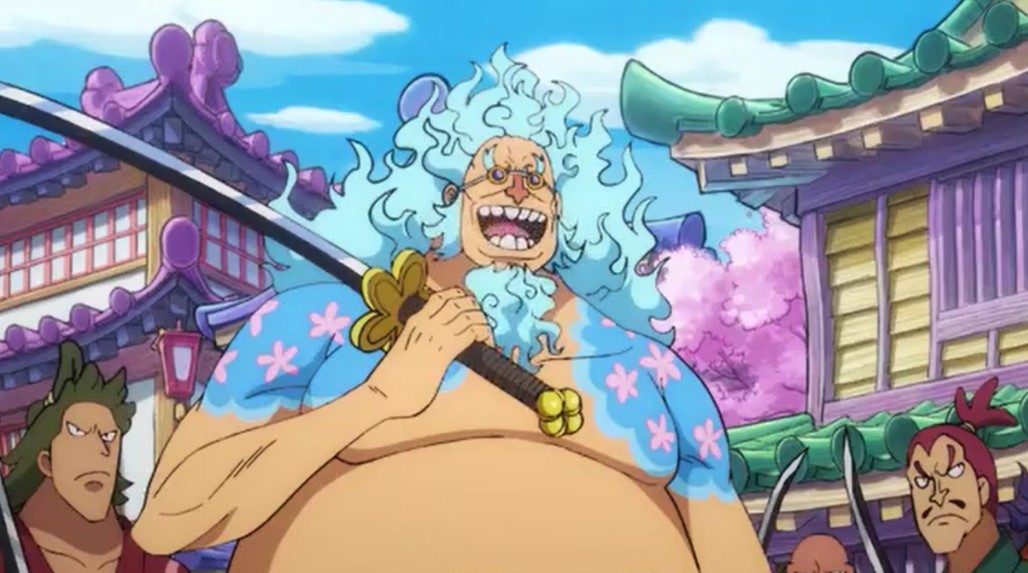 One Piece revisited 40 years ago in the Land of Wano, where the Kozuki clan used to rule Wano. Kinemon has caused the mother of the white boar to go rampage by stealing the little white boar. Oden encounters Kinemon, who wants to sell the little white boar for one platinum coin. Kenemon comments that it is a lot of money, and he wants to pay his debt. Oden told Kinemon to give it back while the rampaging mother is approaching the capital.

One Piece Episode 962 will be released on Sunday, 14 February 2021, at 9:30 AM JST. You can get access to One Piece on Crunchyroll, AnimeLab, and Funimation. You can move to the following recap and preview. 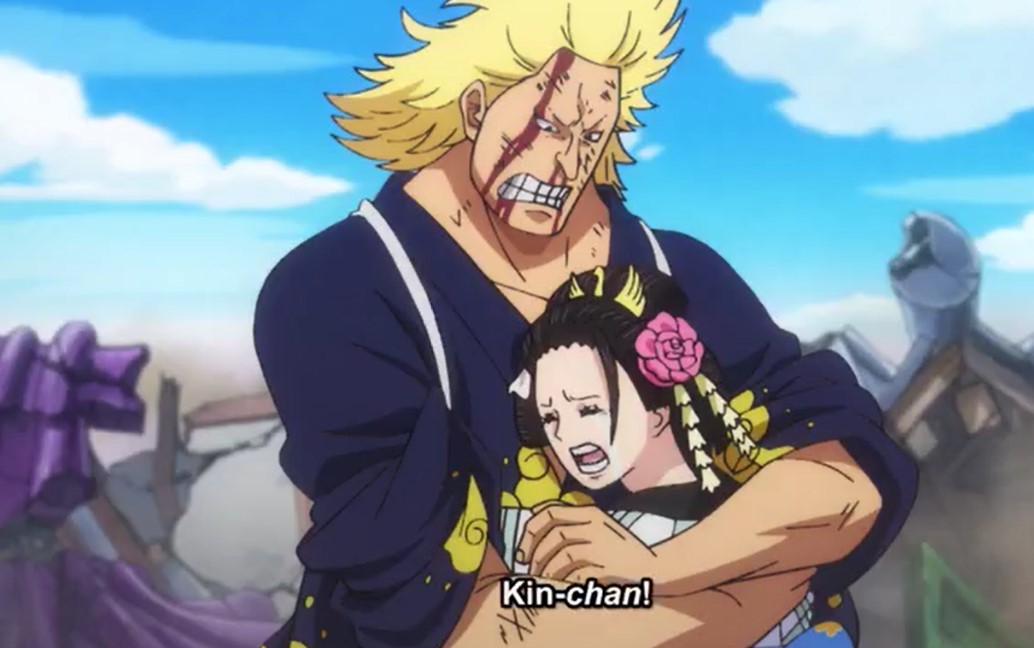 Previously on One Piece Episode 961

The villagers started running for their lives with the worries that the houses are being swallowed. Hyogoro shows up with his samurai to stop the rampaging white boar. He told his samurai that those who are willing g to die protecting Wano could follow him. At the same time, the guy who stole the boar approaches Kinemon. He told Kinemon that he must give the little boar back because his friends have been swallowed.

The boar swallowed them because they were the first ones to steal the little one, and Kinemon took it from them. The guys also told Kinemon that Tsuru almost got swallowed by the boar, and she is in their custody until he returns the little one. Kinemon drops the little one and heads towards the rampaging white boar. He yells at the boar to bring back Tsuru and attack it on its forehead.

Kinemon’s blade was not strong enough to take down the boar. They both exchange blow, and Kinemon got sent flying. Other samurai told him to give up, but he said he would open the belly of the boar. When he charges again, the boar put him to sleep with a single blow and left. It has smelled the scent of the little and heads in that direction. Oden arrives and comments that Kinemon has guts.

Kinemon realizes how precious Tsuru is to his life. He comments that if she dies, he will also die since he cannot live in the world without her. Oden shows the little boar to its mother and takes the blame that it is him who caused everything. The citizen s comment that they knew it is him and throw some stones at him. Kinemon regrets that it is he who caused everything but Oden is taking the blame.

Oden drops the little boar to the ground and draws his two swords. He unleashes Oden-Two Sword Style: Paradise Waterfall. The boar charges at him, and he cut it with a single slash that shakes the Wano capital. The citizens were stunned, witnessing tremendous powers. Hyogoro comments that Oden is something and told his samurai that they could head back. Kinemon realizes that Oden is not just an ordinary samurai; he is a real deal. 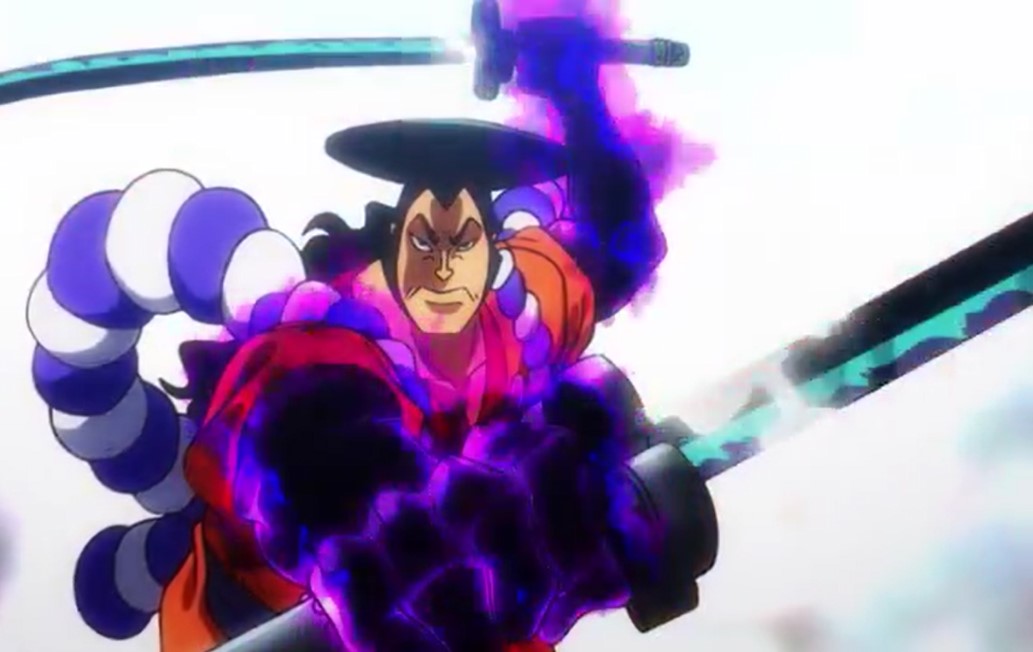 Otsuru arrives and reunites with Kinemon, but a quarter of the capital was destroyed. But no citizens have died, and they realize that Oden is cool and want to thank him, but they can’t. Kinemon steps forward and confesses that it is him who stole the little white boar. Oden notices that and touches Kenem with the tip of his finger for him to stop talking. He told Kinemon not to even try it because he know that no one can believe him.

A personal assistant of Oden’s came and give him a notice of disavowal. Oden finds that he is expelled from the capital and has no relationship with his father. He comments that it is laughable, and he thinks that the capital cannot handle him. Oden accepted and said he would leave the capital tonight. Denjiro decided to pack his things and follow Oden. Kinemon also followed Oden. They both decided that they will follow Oden for the rest of their life.

Other samurai think that they should have been free like Oden since Oden’s father is too strict. Oden headed to his uncle Shimotsuki Yasuie who asks him why he wants to see him when he is expelled from the capital. Orochi fell on the ground and told Oden to step on his back. He doesn’t want Oden to step on the mud, and Oden asks who is this creepy guy. Yasuie comments that Orochi is the new servant. Later Oden heads to Kuri to face Shintemaru.

Take a look at some of the histories of Red Scababdar here: One Piece Episode 961.