The wait is finally over, as this year, the FIFA World Cup for this year is going to be held in Qatar. Where all the top football teams from around the world will compete to win the ultimate champions cup, the world cup will start on Sunday, November 20, 2022, and will continue till December 18, 2022. The world cup ceremony was held in Qatar, and it was a grand celebration, with top celebrities coming from all around the world to make the opening ceremony a global phenomenon.

Some of the popular celebrities who were invited to perform for the opening ceremony were BTS, who performed “dreamers” by Hollywood actor Morgan Freeman who served a drama about our world and unity; several top singers were also invited to this ceremony. Singers like Dua Lipa, Shakira, and Qatari singer Fahad Ah Kubaisi. This event was meant to be, and it turned out to be a global phenomenon. But one thing which caught many people’s attention during the opening ceremony of the FIFA 2022 World Cup was Hollywood actor Morgan Freeman’s left hand. During the whole ceremony, Morgan Freeman wore just a single hand glove on his left hand; there was no glove on his right hand. This made many of his fans curious about why Morgan was wearing a glove on his left hand, even in this scorching heat in Qatar. Many speculated that it might just be a form of fashion, while others speculated that Morgan must be trying to hide something which has happened to his left hand, maybe a scar or a burn. But the actual reason is something else. Morgan Freeman and his hand mystery

What Happened To Morgan Freeman’s Hand?

Yes, Morgan Freeman was wearing a glove on his left hand during the opening ceremony of the FIFA world cup, but that was not a form of fashion or style. Morgan Freeman was wearing that glove because of an accident in 2008, and he damaged his hand’s nerve pretty badly. A few years ago, Morgan met with a car accident, which resulted in his hand getting paralyzed. He tried to go through several treatments to repair his hand “repair the damaged nerves,” but unfortunately, his damage couldn’t be reversed back. 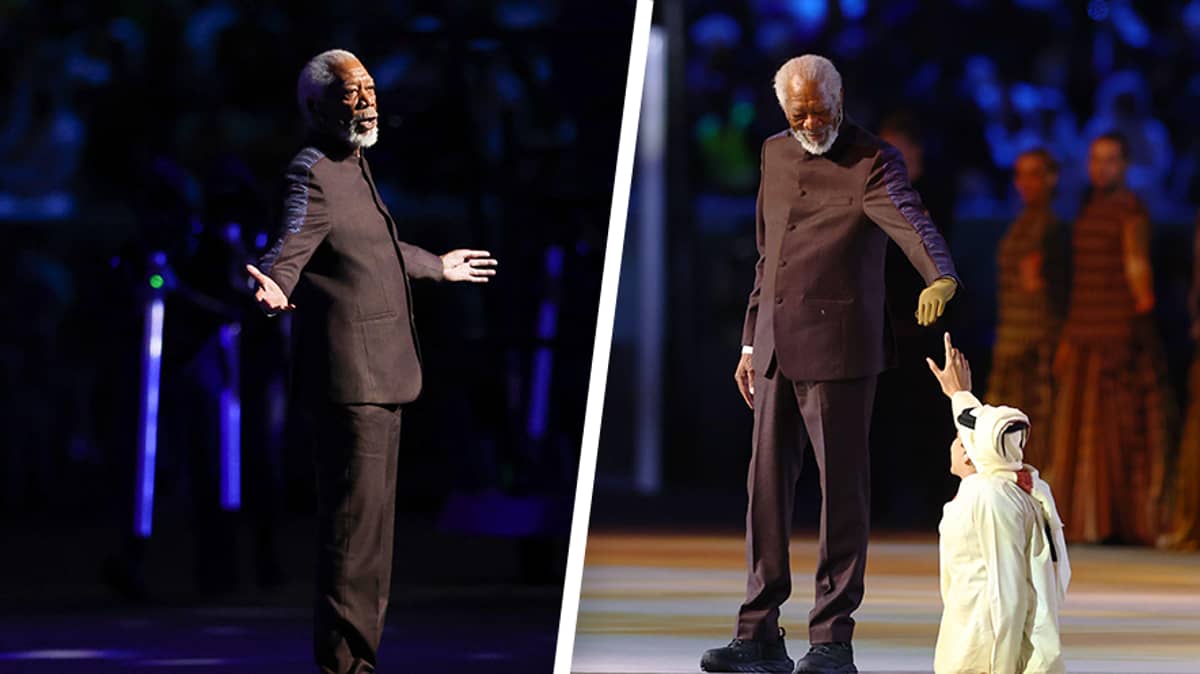 During an interview, when Morga Freeman was asked about his left arm, he said that “He wants to use his hand again, but now he won’t be able to use them” “its nerve damage, and it won’t get better” Since then Morgan has been wearing a pressurized glove on his left hand to keep the blood continuously flowing.

Despite all these problems & sufferings, Morgan Freeman took to the world stage along with Ghanim Al Muftah “a Qatari youtube and philanthropist who is suffering from a rare form of the disease which results in the underdevelopment of the lower body. Both of them took to the world stage to deliver a beautiful message about unity and peace, how we all could live under one home, i.e., our earth, without any discrimination, without any hate but with love and respect for fellow human beings.

Who is Morgan Freeman?

Morgan Freeman is one of the most talented Hollywood actors of our time, who, through his several iconic roles, has established a name for himself in the industry. Some of his most iconic films are “The Shawshank Redemption,” the western drama “Unforgiven,” “Seven,” “Invictus,” etc…… Morgan Freeman won his first Oscar award for his performance in Clint Eastwood’s boxing drama film “Million Dollar Baby”; the movie itself bagged several awards and is considered one of Clint Eastwood’s best films.