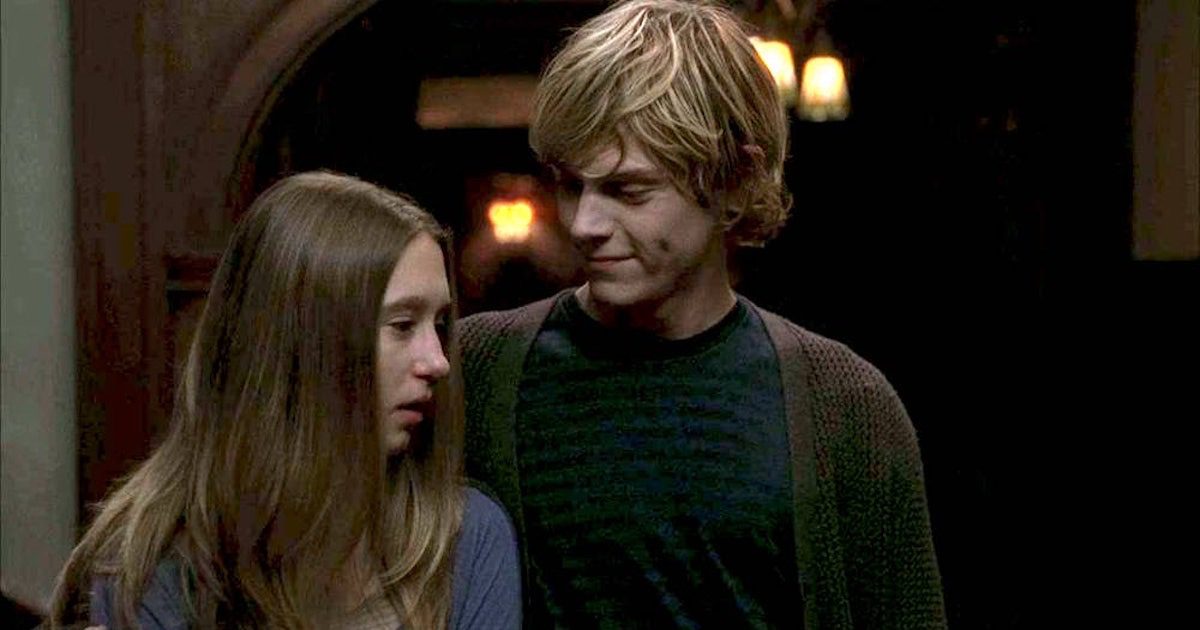 Want to know Tate and violet end up together in AHS? The AHS franchise gave fans some memorable characters of all time, out of these was the tumultuous romance that brewed between Tate Langdon (played by Evan Peters) and Violet Harmon (played by Taissa Farmiga). As this troublesome story dates back to the first season of the FX anthology series American Horror Story: Murder House, the two had a rather ambiguous ending. The action sets in pair meet when Violet moves into the primary haunted house with her dysfunctional family, and Tate starts to see her psychiatrist father, Ben, for therapy.

Soon, the troubled teens connect over their respective issues and eventually fall in love. However, soon enough, the game is talkback by reality as it hits the pair hard. Turns out, Tate is a ghost who was shot to death by a SWAT team after committing a shooting incident at his high school. Violet finds herself in a tough spot and attempts suicide. Later, it is revealed that her attempt was rather successful, and Tate hid from her the fact she was also a ghost! What happens to the star-crossed lovers in the end? Let us take a look at all the details and lesser-known facts to know whether tate and violet end up together or not.

While there was a growing distance between Violet and Tate, given his sinister past, it was Madison Montgomery who tried to convince Violet to reconsider her thoughts about Tate. It was Madison who lastly revealed that it was not Tate but some unexplained unforeseen forces that caused Tate to assault Vivien so that she could produce the Anti-Christ. 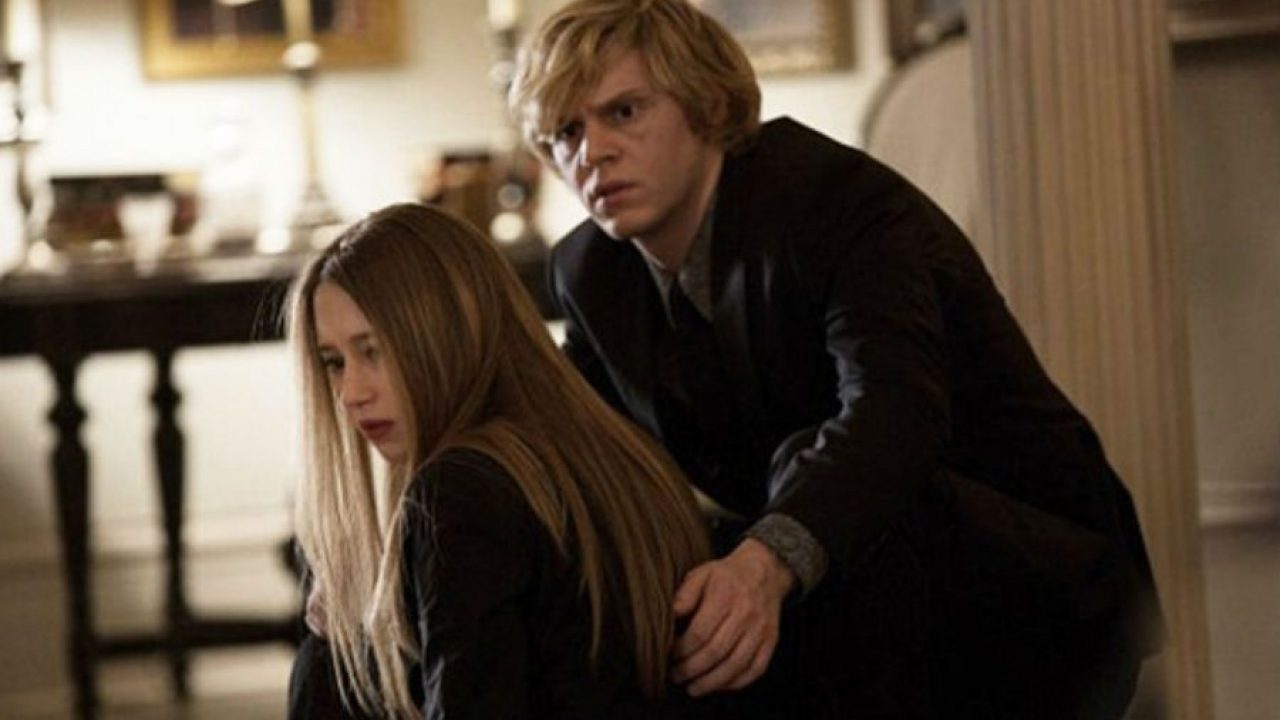 With this revelation made, Violet seems to have a change of heart. While Violet and Tate seem to share a moment in the end, viewers interpret it as their little happy ending. However, it seems like the makers had something different in mind for the pair.

Also, read Do Anne And Wentworth End Up Together in Persuasion (2022)?

What Happens To Tate and Violet?

It seems like the romance between the two troubled souls was rather short loved as a high turn of events happened in the upcoming apocalypse after Mallory traveled back in time and killed a young Michael Langdon! Although Mallory’s actions saved the world from the looming danger of the Apocalypse, it also shuffled and ended up erasing the timeline in which Madison makes the huge revelation to Violet, and Tate and Violet reunite.

This implies that the ghostly couple never got their happy ending after all, as the distance between the two remained as their romance was a rather short-lived reunion. However, makers might have yet another explanation as justified by American Horror Story: Murder House, medium Billie Dean Howard (Sarah Paulson), as it was stated that spirits might not be affected by time. So, many can assume that Tate and Violet’s brewing romance remains unaffected by the time traveling.

Taissa Farmiga Opens Up About Tate and Violet

Taissa Farmiga, who portrayed the roles of Violet in AHS, opened up about Violet and Tate’s fate and admitted that she was rather conflicted about the two ending up together because of her waring sides: Taissa vs. Violet.  As the actress further added saying how a part of her was, the part that was Violet was happy that she didn’t have to cry anymore and the part that Taissa sort of liked things “that aren’t tied up in a neat little bow”. 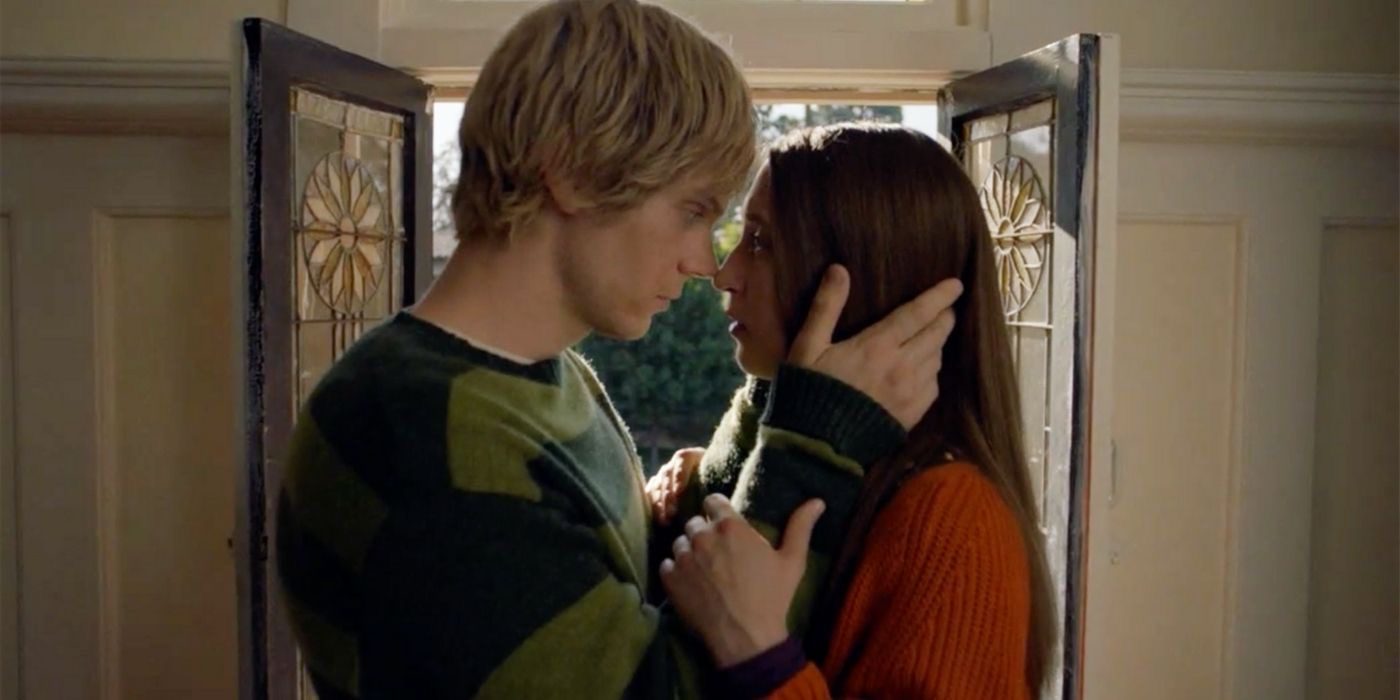 Tate and Violet in AHS

Taissa explained that she likes when things are ambiguous and rather was happier with the Season 1 ending, but she also thinks that the Violet inside her was happier with this ending. The actress also talked about Tate’s fate in the series while saying how it is somewhat of a difficult topic to unpack as Taissa believes that Tate has been overcome by the darkness that’s there, and yet it was still his actions that went and hurt those people and murdered those people.