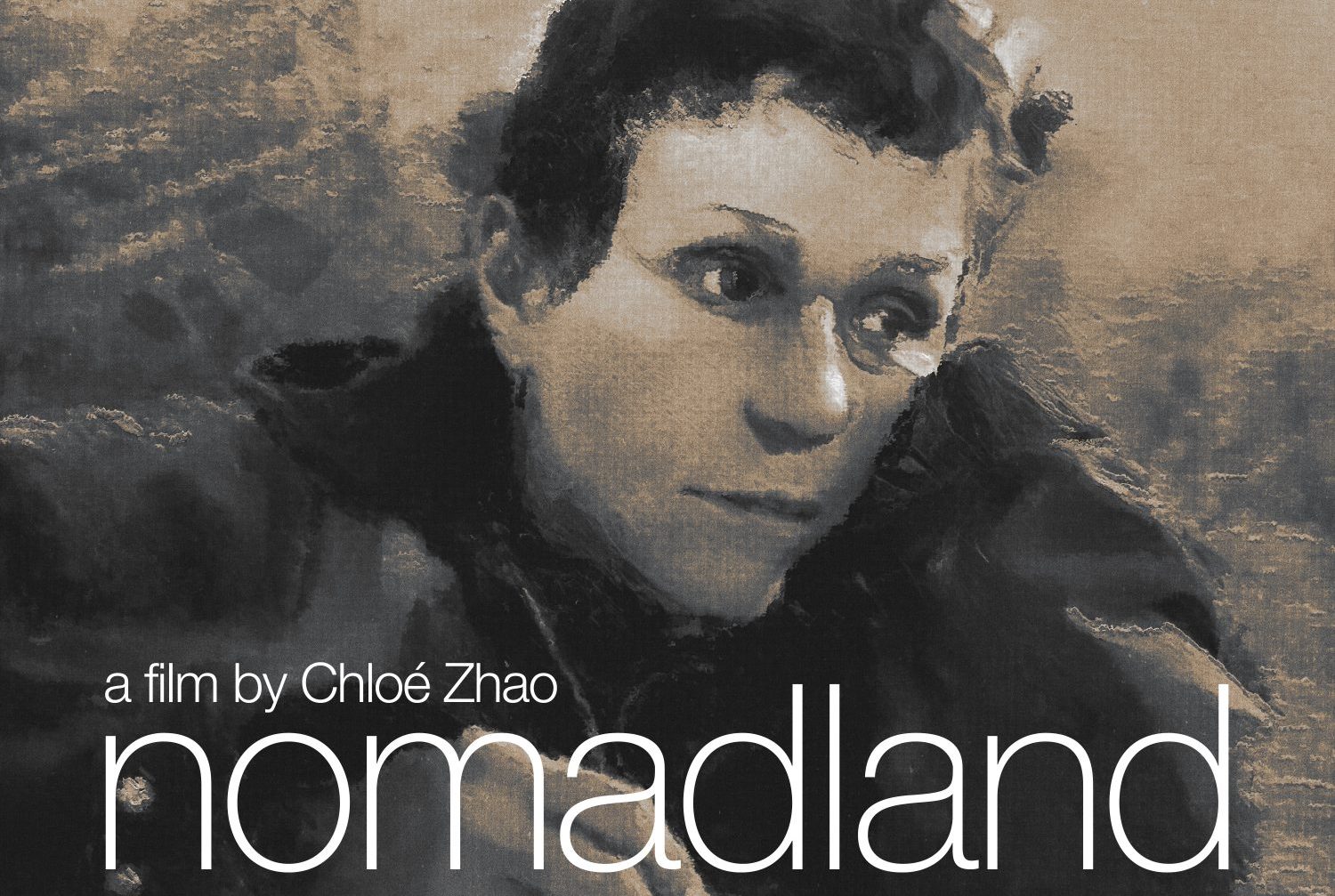 After a company town in rural Nevada faces an economic collapse, Frances McDormand, a widow in her 60s packs her van. She sets gets on the road and decides to explore life as a nomad. This movie is a feature film directed by Chloe Zhao, and it shows unprofessional actors, real nomads Linda May, Swankie, and Bob wells as Frances’ mentors. This book is freely adapted from Nomadland: surviving America in the twenty-first century, a book written by Jessica Brunder in 2017. It is a neo-western drama film.

Nomadland is a movie that focuses on the lives of nomads and the issues faced by them in availing even the basic/facilities that we take for granted. It shows that what might be a necessity to us may not be available to the lower class, even as a luxury. It also gives us hope that you can find yourself on the way, and endings are not always important for life to make sense. Every ending marks a new beginning.

1. Linda May, Swankie, and Bob are real-life nomads who are playing fictional versions of themselves.

Linda May, Swankie, and Bob are not professional actors. Linda May was shown to have lost her job in 2008 and finds herself in an economically and emotionally vulnerable situation. She has to live in a van to survive and tells about how poverty hits her. Linda May is a real-life nomad and is playing a fictional version of herself. Swankie is shown to be traveling for the last time as she is suffering from terminal cancer and wants to spend her last days on the road instead of a hospital bed, and bob who is an organizer and runs a gathering of van travelers, are also real-life nomads. Fern does not really talk to many people. The people playing these parts are also named the same. It is difficult to spot actors from non-actors because the non-actors are not given many dialogues.

Nomadland was premiered at the Venice film festival on September 11th, 2020. It won the golden lion there. It also won people’s choice awards in Toronto. It is one of the first movies in history to win the top prizes at both Venice and Toronto.

Nomadland was released on December 4th, 2020 for its one-week streaming release. On  29th January 2021, Searchlight released the movie in a few IMAX theatres. It was released on Hulu on 19th February 2021. It achieved the title of third highest rated on Metacritic as it was found that it was ranked most frequently as one of the best films of 2020 by critics. The National Board of Review and the American Film Institute also agreed to the fact that it is one of the ten best films of 2020. It has four Golden Globe nominations, including Best Motion Picture – Drama at the 78th Golden Globe Awards to its name.

4. McDormand approached Zhao after seeing the film ‘The Rider’

Frances McDormand and Peter Spears got the film rights issued to the book in 2017 and approached Chloe Zhao with the project after she saw her film, The rider, at the 2017 Toronto International film festival, as she was impressed with the film and wanted her to handle the project. Zhao has written and directed the movie.

5. Nomadland was filmed over four months

Nomadland was filmed over four months in 2018  during the fall season. The time was split between pre-production and set for Eternals(2021) by the writer and director Chloe Zhao. The crew members lived in vans while the movie was being shot in order to experience the nomad life. David Strathairn has also starred in the film as a supporting actor. Real-life nomads play their fictional selves in the movie.

According to the rotten tomato’s reports, over 95 percent of critics gave a positive review to the movie. Even though the movie is not directly relatable to everyone as we are not nomads however the movie takes into account issues like emotional and economic issues, which are relatable to most people. This results in positive reviews from maximum people because they are able to relate to the story on a personal level. The movie has an average rating of 8.9/10. It received a score of 94 out of 100 on Metacritic and was said to be globally acclaimed. It has been said to be the best of 2020 by the positive response that it has received. 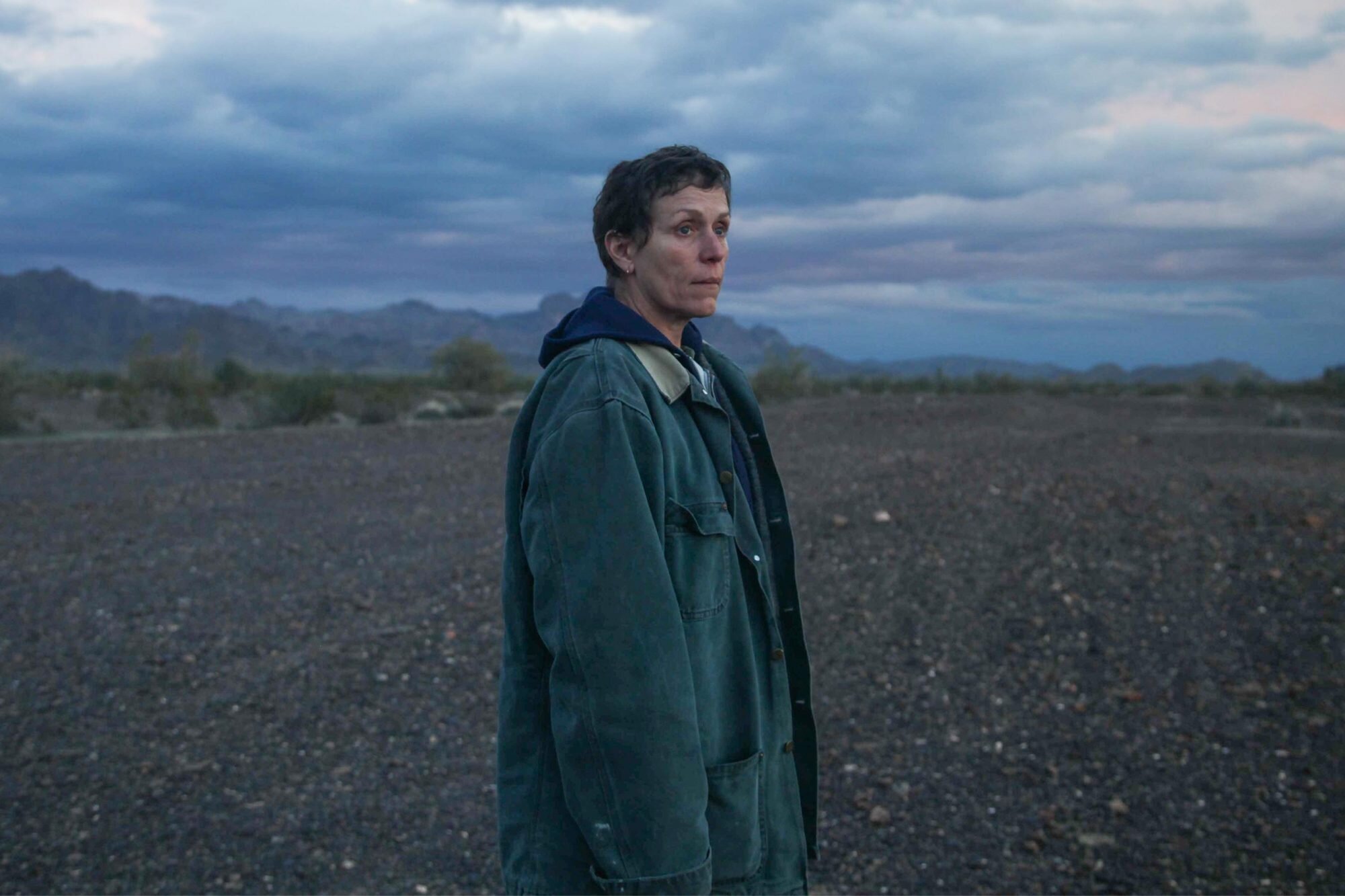 7. The movie is more than fiction

While this movie is not a documentary, it is not completely fiction.  Chloe Zhao is famous for her hybrid filmmaking style. The movie has nonactors with some of the lead roles even though they do not have many dialogues to deliver. Real-life nomads play a role in this movie making it somewhat real as they are playing themselves in the movie. Bruder speaks to many nomads in the span of five years. Many people lost their jobs and livelihoods and moved to the city to look for jobs. Even though the names in the movie are not the same, the same path s taken and followed by  Fern to survive and she also goes through similar kinds of struggles. The inspiration was found in the true stories of Nomadland.

While this movie is expected to be popular for a long time, the main reason for its release at this time is that it is extremely relatable at this time. After the global pandemic, many people have faced economic decline and have struggled for basic necessities to survive. Moreover, it would interest people as it is shot on road. Due to the pandemic, people were confined in their homes for a long time, and this movie provides them with a virtual travel experience. The emotionally overwhelming journey of Fern will be relatable to people who were hit the worst due to the pandemic and suffered the most. It provided people with the reassurance that they are not alone.

9. Chloe Zhao is known for her hybrid writing style

Chloe Zhao is known for her hybrid writing style. She takes the documentary aspects of the movie from a book with the same title written by Jessica Bruder.  The story is rooted in the real-life event, the closing in January 2011. This occurred in US Gypsum’s facility in Empire where the sheetrock demand was reduced. Fern lives in a van and starts to make it look like a home as Christmas approaches.

10. The movie lacks a little bit of practicality

The movie does not focus on the personal lives of the characters much is somehow not completely practical as well. The movie is set up in 2011-12 against a backdrop of 2008 however it does not focus on the lifestyle of the nomads and issues like the real-life issues they face with taxes or other aspects of their life. The surgery scene portrayed does not mention any of the issues faced, everything happens too smoothly, which won’t be possible in real life.

Nomadland is an amazing movie that provides people without any acting background to also be a part of the movie and share their real-life experiences. The movie is relatable for the viewers on various grounds. It has also covered aspects like traveling, which may spark people’s interest as everyone has been confined within the four walls of their room for almost a year now. The movie is an incredible project that has been successfully executed by  Chloe Zhao and her crew members. However, the movie triggers some of the audience because even though the movies try to cooperate the issues faced by the nomads in real life, it is still unable to highlight issues like voting, taxes, hospital issues, and other issues which are not faced to those extreme ends by middle and higher income group.  The purpose of Fern’s travel and her journey was pretty vague.

Nomadland is a good movie for people who want to watch something relatable as it highlights the aspects of being emotionally vulnerable and also the aspects of economic decline and the issues one faces because of it.

It is a must-watch movie. It keeps its viewers interested until the very end and keeps them hooked to their screen throughout the show. You can stream the movie on HULU however the movie availability might vary according to the region where it is being watched. 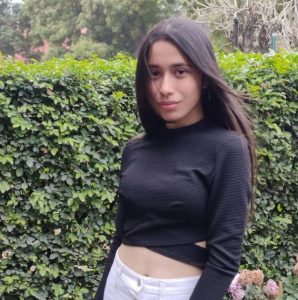