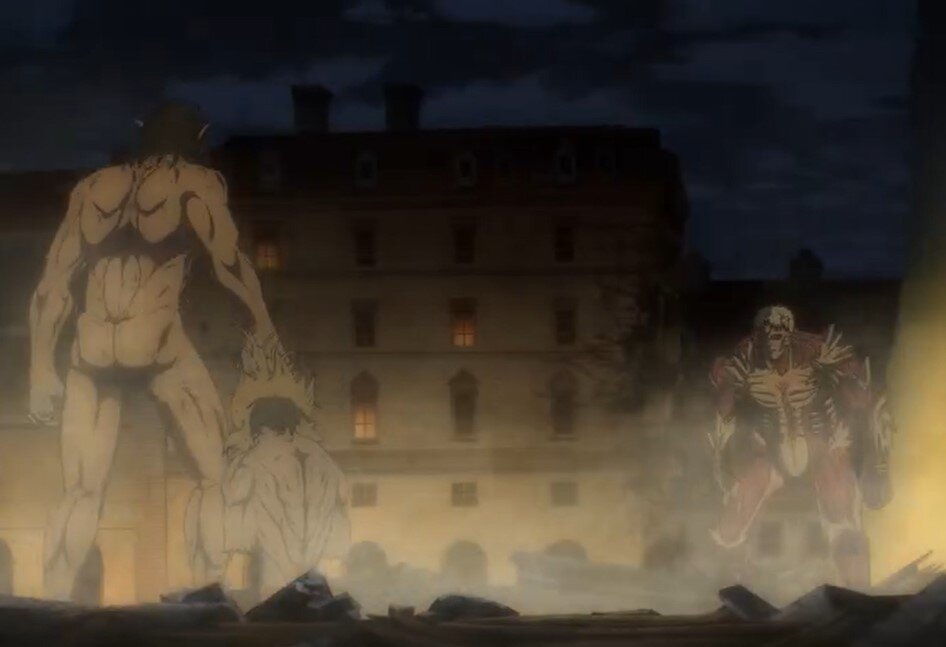 Eren has devoured Warhammer; he has also defeated Chief, who was boasting that Eren is no match for him. Falco and Gabi witnessed Eren picking up Colt. They yell for Braun to wake up before they lose another Titan. Braun shows up when Colt was about to be eaten. Braun and Eren square off, and Braun allows Eren to hit him so that he can grab Colt. Eren landed a right hook that sent Braun flying, and he falls to the ground holding Colt.

Attack on Titan Season 4 Episode 9 will be released on Monday, 8 February 2021, at 12:10 AM JST. Make sure to convert the time to get the latest episode as soon as it is released. Visit this Anime’s website at shingeki. Tv. Enjoy watching this Anime on Crunchyroll, AnimeLab, Funimation, and Netflix. Let us find what the updates have to offer below. 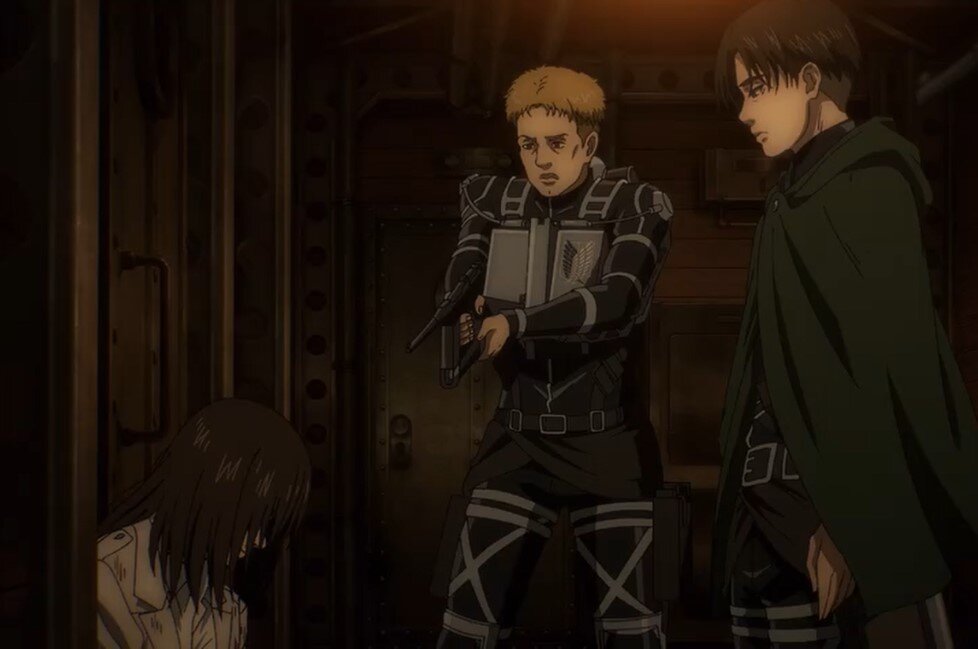 Gabi took the riffle and chases Eren yelling that she wants to kill him and Falco follows her. Inside the airship, Akerman shows Eren his true colors, and he kicked him. Mikasa wanted to interfere, and the crew stopped her. Akerman comments that it takes him back to when Eren used to be a great punching back. Akerman reveals that they will be restraining Eren, and they will talk later. Eren replies that it is fine with him, but he has written everything in the letters.

The soldiers started shooting the airship, and the demons decided that they have to escape at full speed. The demons celebrate inside the airship that the new Eldian Empire has won its first battle. They are celebrating even though six nobles have been sacrificed. Jean realizes that it was their first battle, and it was long before it is over. Jean is wondering how many people do they have to kill for the sake of victory.

Falco has managed to stop Gabi and comments that they cannot catch up with them on foot. Gabi is worried that Sophia’s whole torso got crushed by flying debris, but she was sitting next to her. Udo tried to save her, but he got trampled by everyone who was running away. Many people ran over Udo, that they crushed his head, and the two guards got mad at Gabi. Gabi reveals that she was trying to get to the plaza, but she is an Eldian, and they desperately protected her.

Gabi reveals that the one who protected her got shot by a woman on a rooftop. She also said she was born an Eldian in this internment zone, just going outside the wall is enough to make people tease her. That’s why Gabi has been working hard to prove to the world that Eldians are good people. She has been working hard because she believes that one-day, the armband she is wearing will be something she can take pride in.

Gabi is worried that Eren and his crew has destroyed everything she has just build by working hard. Gabi opens her heart that everyone here is very precious to her, even if Eldians are considered to be bad. This is her home, and she vows that she will get her revenge and destroy them. Gabi asks Falco why he is stopping her from teaching the enemies a lesson. Zeke was killed in front of them, and they couldn’t fight back to protect everyone. 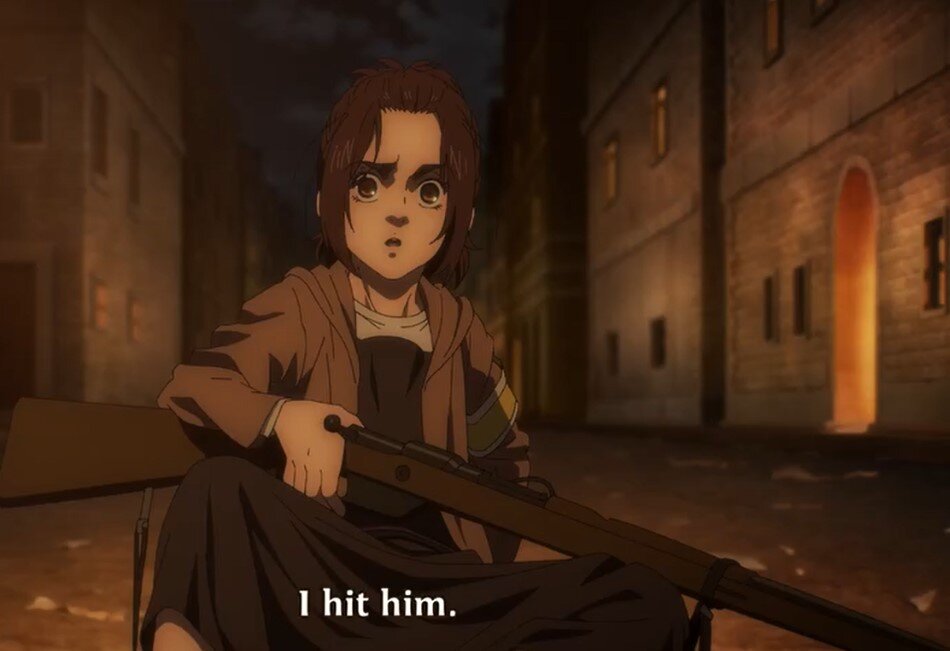 Gabi said she does not know why they have been attacked, and Falco realizes that he knows. He remembers when Eren reveals that truth in front of him and Braun after attacking. Falco recalls when Eren asks why a Titan attacked his mother. He told Gabi that everything is happening because they are the ones who attacked the Eldians first. Falco reveals that Marlyan warriors invaded their home and got their friends and families killed.

Everything that has happened up until now is the revenge for that. Gabi comments that she didn’t see that happening, and Falco did not. She saw an airship passing at a distance, and she aims to fire. Gabi comments those guys are island demons threatening to destroy the entire world. They are cruel demons who deserve to be killed. Gabi chases the airship and takes down the man who was guarding the rear. She glad that she has managed to kill one.

You can read other updates of the battle between Eldians and Marlyan here: Attack on Titan Season 4 Episode 8.