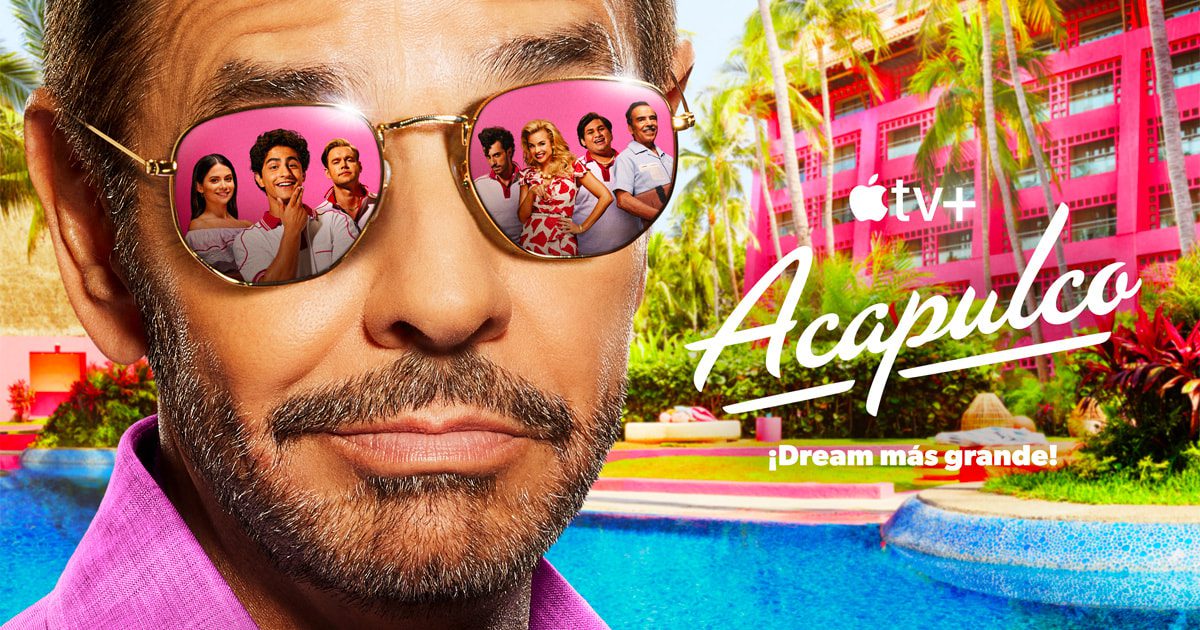 A peek back in time to 1958, Beatrice (Diane) is turned down by a Hollywood talent agency. She does, however, come across a magazine that depicts someone who exudes radiance. She reappears later with a new look and a new name. Present-day According to Maximo, Diane’s past will surely catch up with her.

The resort is hosting its first-ever Hollywood wrap party. Diane wants to ensure that everyone is accessible for the evening, which will be filled with people from her past. Everyone is assigned a task, but Hector is dissatisfied with his. As a result, he dupes Memo into changing jobs.

Acapulco is set in Maximo Ramos’ romanticized memories, as played by Eugenio Derbez in the present day. Alejandro in Dora and the Lost City of Gold, but you can also see him in CODA and the ill-fated Overboard reboot. Maximo is a successful businessman who tells his nephew Hugo (Raphael Alejandro) about his rise from rags to riches, which began in 1984 as a pool boy at Acapulco’s beautiful pink La Colinas Resort. All young Maximo (played by the charismatic Enrique Arrizon) aspires to be as successful as Don Pablo (Damián Alcázar, Narcos), the resort’s chief of operations. 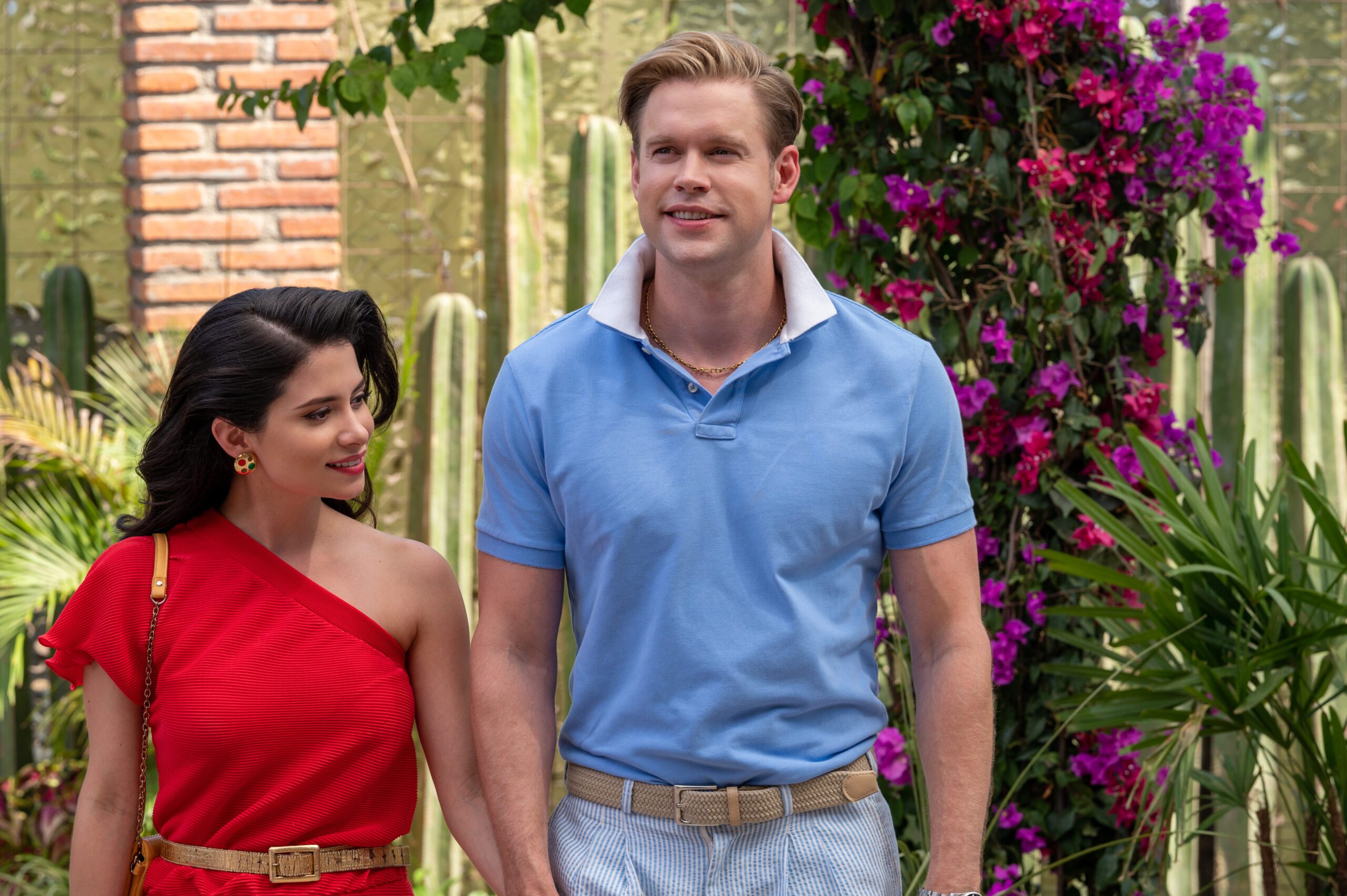 Maximo falls for Julia Gonzalez (Carmila Perez), the front desk receptionist, who is dating the General Manager/boss’ son, Chad Davies (Glee’s Chord Overstreet), on his first day. It’s your typical sitcom love triangle, but Maximo is also juggling his compassion for family, friends, and resort guests, frequently putting their needs ahead of his own.

Where to watch Acapulco Season 2 Episode 7? 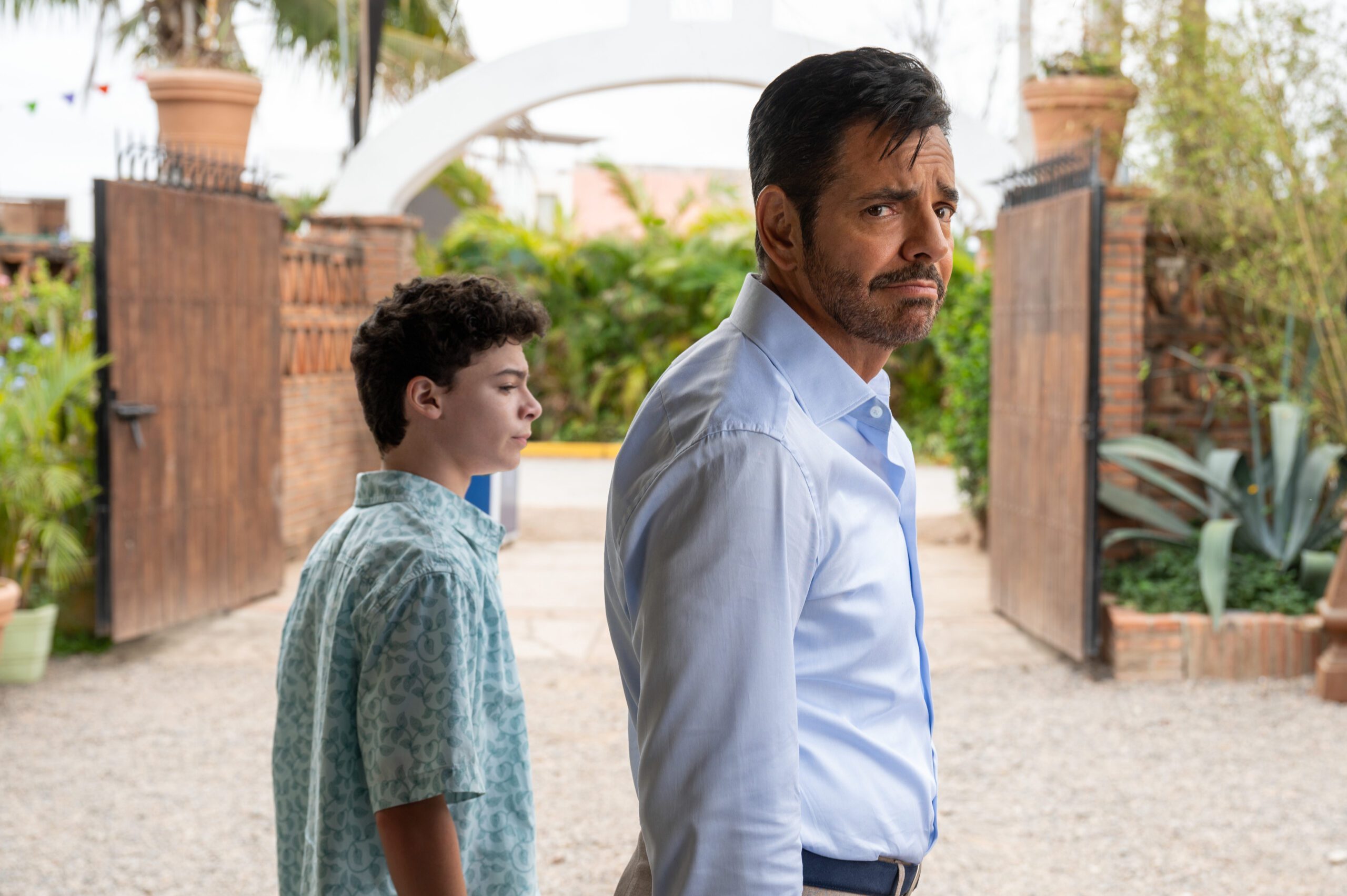 What to expect in Episode 7 of Acapulco season 2?

Diane and Maximo begin Acapulco Season 2 Episode 7 by looking at the Las Colinas team from 1980. We normally get some setup before getting right into the ’80s because this story is mostly told through flashbacks between Old Maximo and Hugo. Tossing it around is entertaining, especially given how serious the gossip leak has been all season. It also illustrates Diane’s concern over the consequences of Maximo’s actions. I’m surprised Diane found out about the leaks but wasn’t told who was to blame. 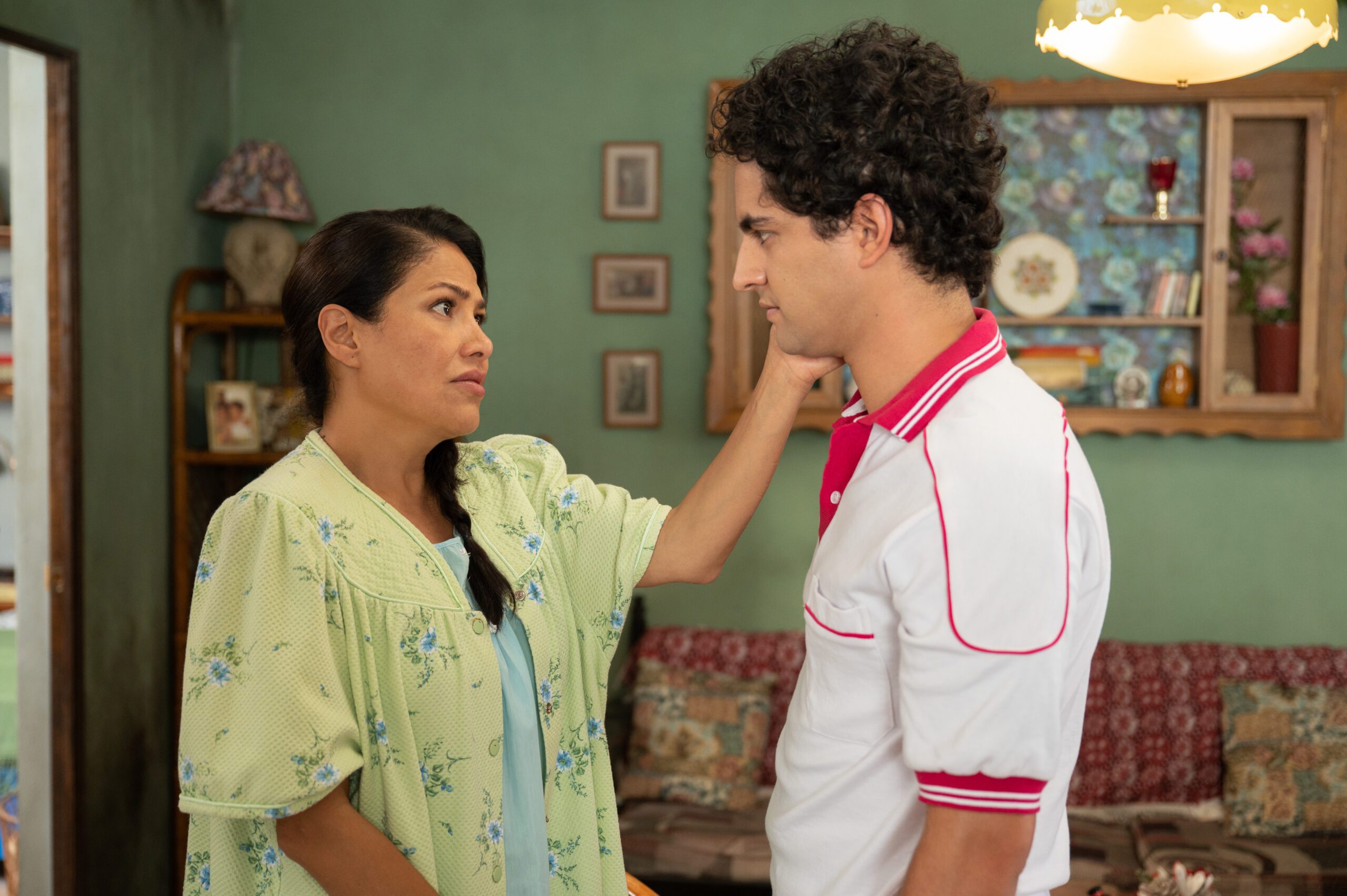 The possibility of Chad taking over for his mother, as well as Maximo taking over for Don Pablo, has been hinted at throughout the season. Regardless of Chad’s normal bravado, assuming Memo is the snitch was not a bad bet. Apart from Julia’s troubles, Chad and Maximo have a tumultuous friendship. This episode convinced me that the unknown person Present Day Maximo is avoiding is Chad, whom Maximo deliberately directs suspicion away from himself and onto Hector.

What Happened in the previous episode 6 of Acapulco season 2?

When the episode opens in 1958 with a young blonde named Beatrice Gruszczynski, it’s unclear how this relates to Maximo’s story. Hugo, our audience representative, brings it up as he always does. Diane Davies, on the other hand, has gone from a nice midwestern gal to a sought-after actor. It reveals that she is more than just another vapid actress; she is a girl with a plan and a genuine desire to succeed.

It’s no surprise that she’s run the Las Colinas resort so successfully for so long. What’s astonishing is how quiet she’s been about Chad’s parentage, given how much the public wants to know. It always appeared that Chad’s parents were divorced or that his father was missing because it was never a big story component. 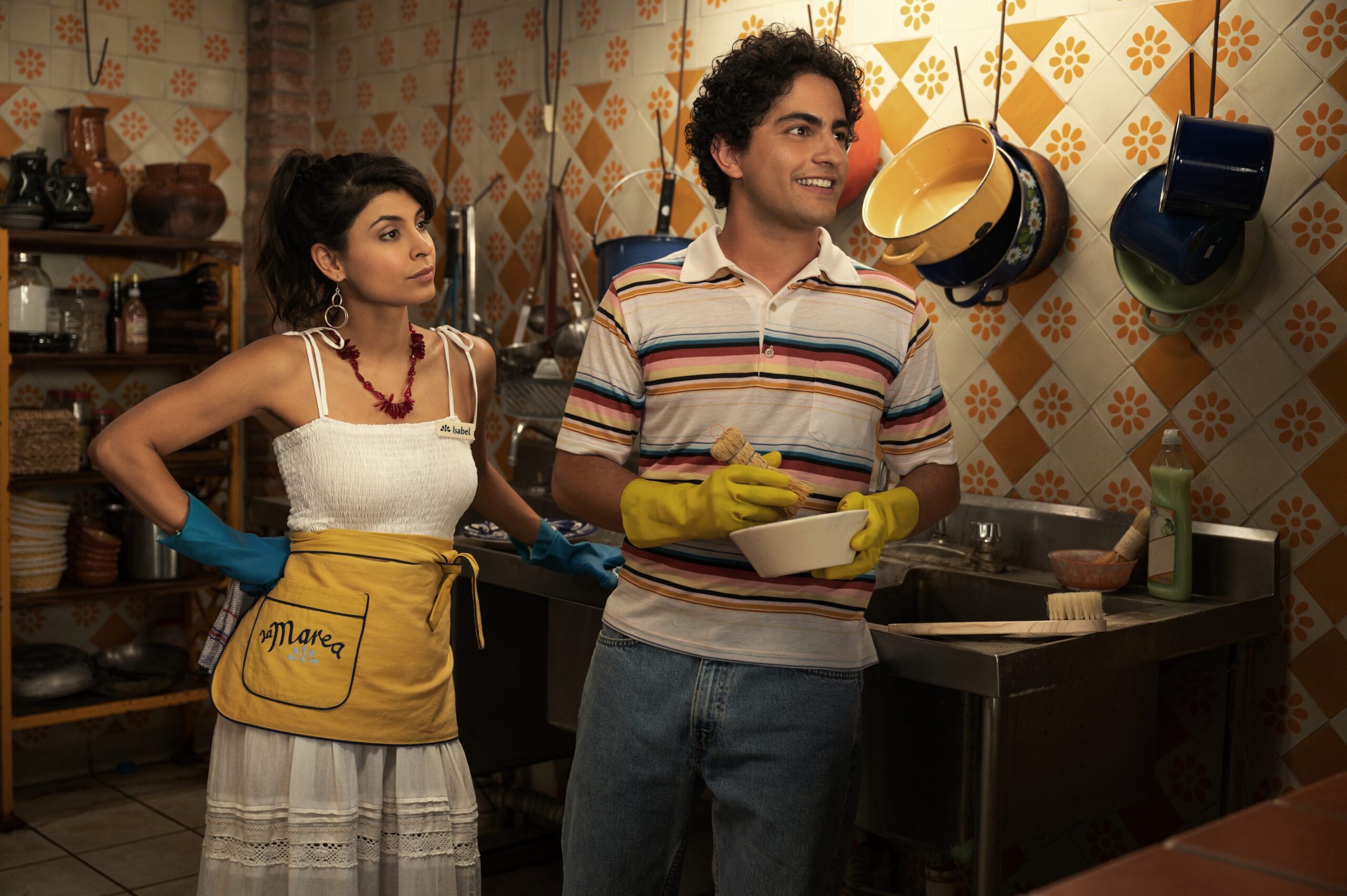 Even as the season progresses, a gleam of mystery delivered later in the game keeps this series engaging. It could be another sign of who Present Day Maximo avoids. Maximo discovers Chad’s biological father’s identity. Is he doing anything to betray Chad or Diane? Maximo’s hesitation to travel to Acapulco could be due to his desire to avoid one of them.