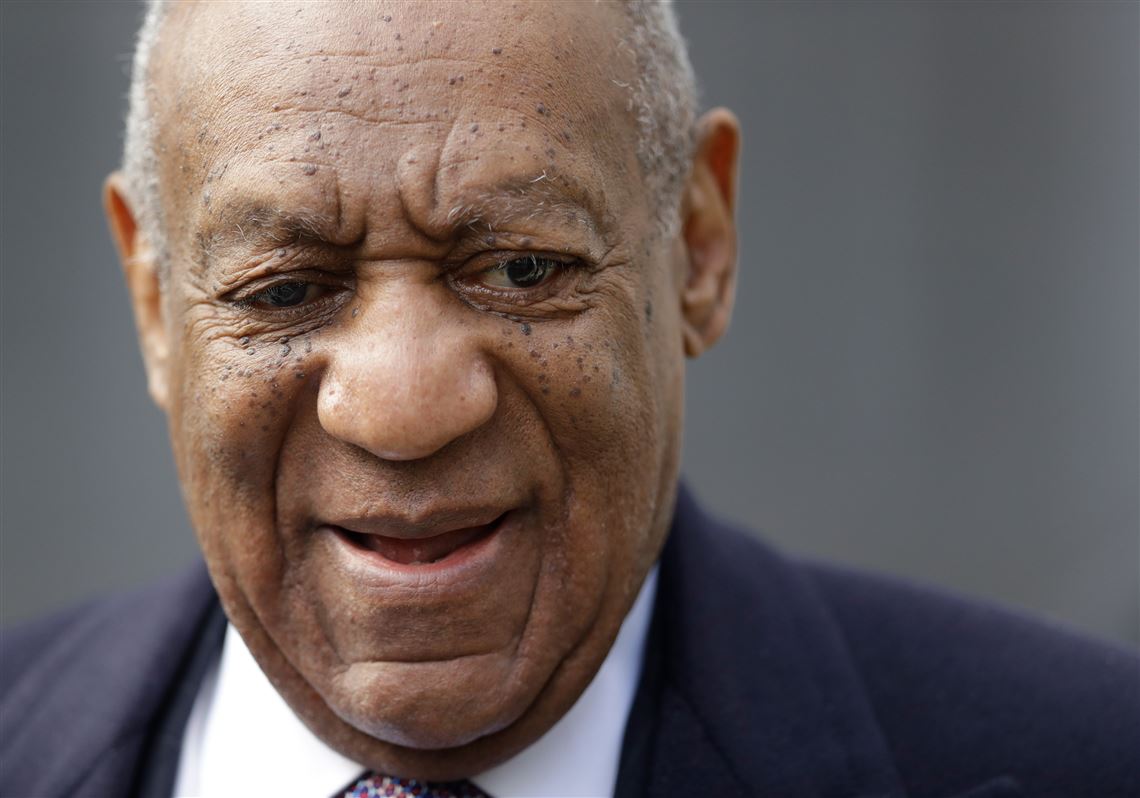 William Henry Cosby Jr. better known as Bill Cosby is an American stand-up comedian, author, and actor. Bill started with stand-up comedy initially in San Francisco and later went on to do TV shows. Let us further discuss his biography and net worth in this article.

Cosby was born on 12th July 1937 in Philadelphia, Pennsylvania. He was born to William Henry Cosby Sr. and Anna Pearl. His father was a mess steward in the US Navy while his mother was a maid. Cosby attended Mary Channing Winster, a Public School in Philadelphia. During school, he was the captain of basketball and track and field teams. He even described himself as the class clown since he would always joke around instead of studying. Later on, at FitzSimons Junior High School he continued in sports and even acted in plays. He changed schools many times and finally transferred to Germantown High School but failed tenth grade there.

In 1956, he was enlisted in the Navy and served as a Hospital Corpsman and worked in physical therapy in the navy itself. Cosby received his high school equivalency diploma through correspondence courses. He was also awarded a track and field scholarship at Temple University in 1961. 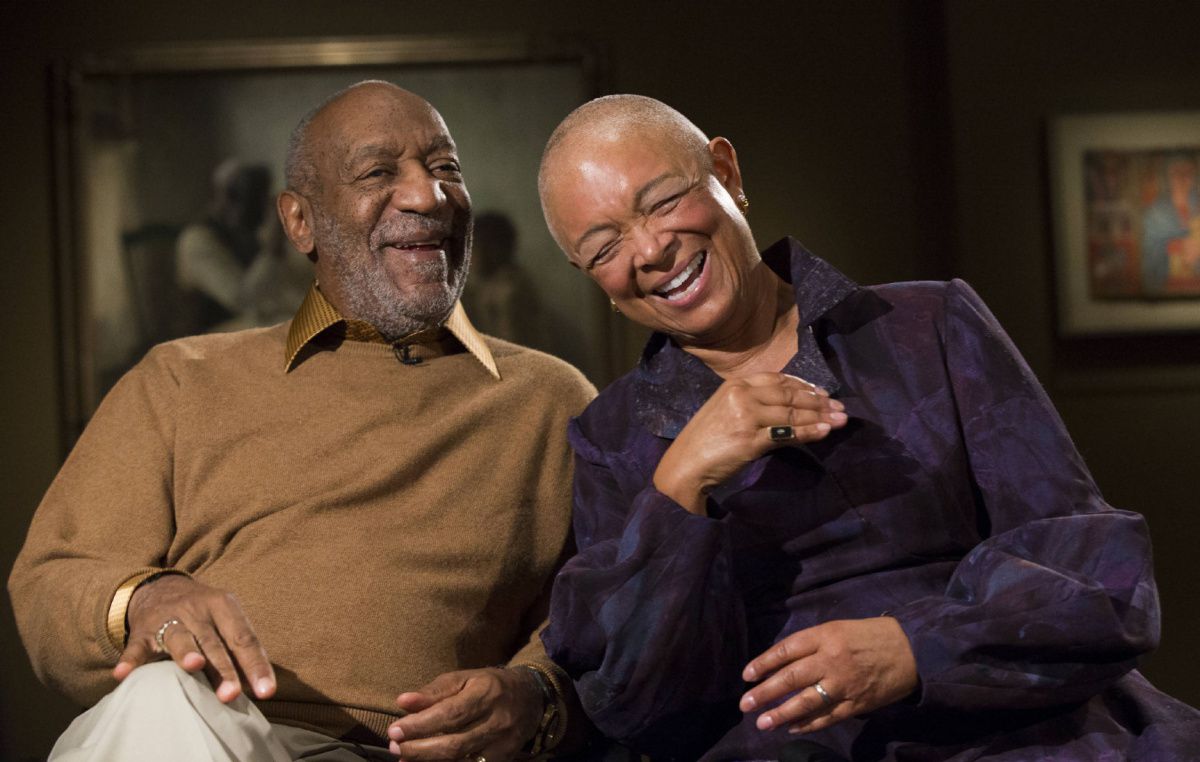 Bill Cosby got married to Camille Hanks who is an American philanthropist and Television producer. They had five children together namely, Erika, Erinn, Ennis, Ensa, and Evin. Their son, Ennis was murdered in a failed robbery attempt in 1997. Their daughter Ensa passed away due to renal disease in 2018 waiting for a kidney transplant. Cosby along with his wife have collected around 300 African-American arts. In 2016, Cosby lost vision completely and turned blind.

Cosby got into Temple after getting a scholarship and played for the College’s football team and even ran track. He started bar-tending where he earned tips for making guests there laugh. So, he quit Temple to pursue a career in comedy. He started lining up Stand-up jobs at various clubs in Philadelphia. He went on to book shows in Chicago, Vegas, San Francisco, and many other cities. In 1963, he earned national exposure on NBC’s ‘The Tonight Show’. This proved lucky as he signed a contract with Warner Bros. Records. In 1964, he released his debut album ‘Bill Cosby is Very Funny Fellow…Right!’. He recorded many albums later on and one of his albums events was #1 on Spin Magazine’s list of The 40 Greatest Comedy Albums of All Time. In 1983, Cosby released his concert film ‘Bill Cosby: Himself’ which is considered as “The Greatest Comedy Concert Film Ever”.

After attaining success from his comedy album, Cosby began with his acting career. In 1965, he was cast in the series ‘I Spy’ which aired on NBC. It was the first weekly TV series to cast an African-American in a lead role. He even received three Emmy Awards for the show. He was a regular guest host on ‘The Tonight Show’ and in 1969, starred in ‘The Bill Cosby Show’ which ran for two seasons. Cosby was going to star in a show scheduled for 2015 by NBC and recently in a Stand-up special Bill Cosby 77 on Netflix in 2014 but both of them were canceled after the accusations of sexual assault against him. 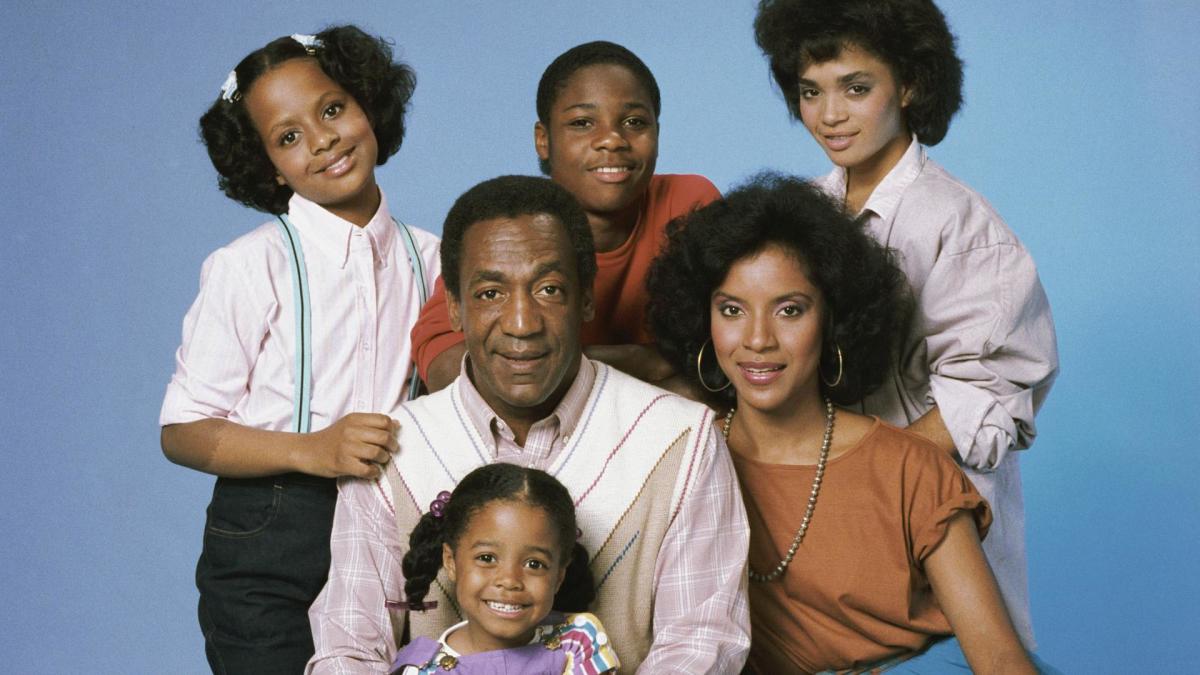 Bill Cosby with his wife and children: The cast of ‘The Bill Cosby Show’.

Cosby has been accused of rape, child sexual abuse, sexual misconduct, and much more. The majority of victims claimed that this happened in the mid-1960s. Many victims came out after a piece from Hannibal Buress’s routine got viral about the sexual misbehavior of Cosby. He kept denying the allegations repeatedly but many organizations broke their ties with Cosby. The honors and titles he was awarded were taken back. He was found guilty in January 2004 and even in April 2018 when he was sentenced to 3 to 10 years of imprisonment.

Cosby’s home insurance company, AIG handled a defamation lawsuit with 7 women who falsely accused him of sexual assault. But since they could not prove it, the allegations were dropped.

Cosby has received several awards including the Grammys, Emmys, and many more. Some of them are:
Grammys: Best Comedy Performance X 7 and Best Recording for Children X 2 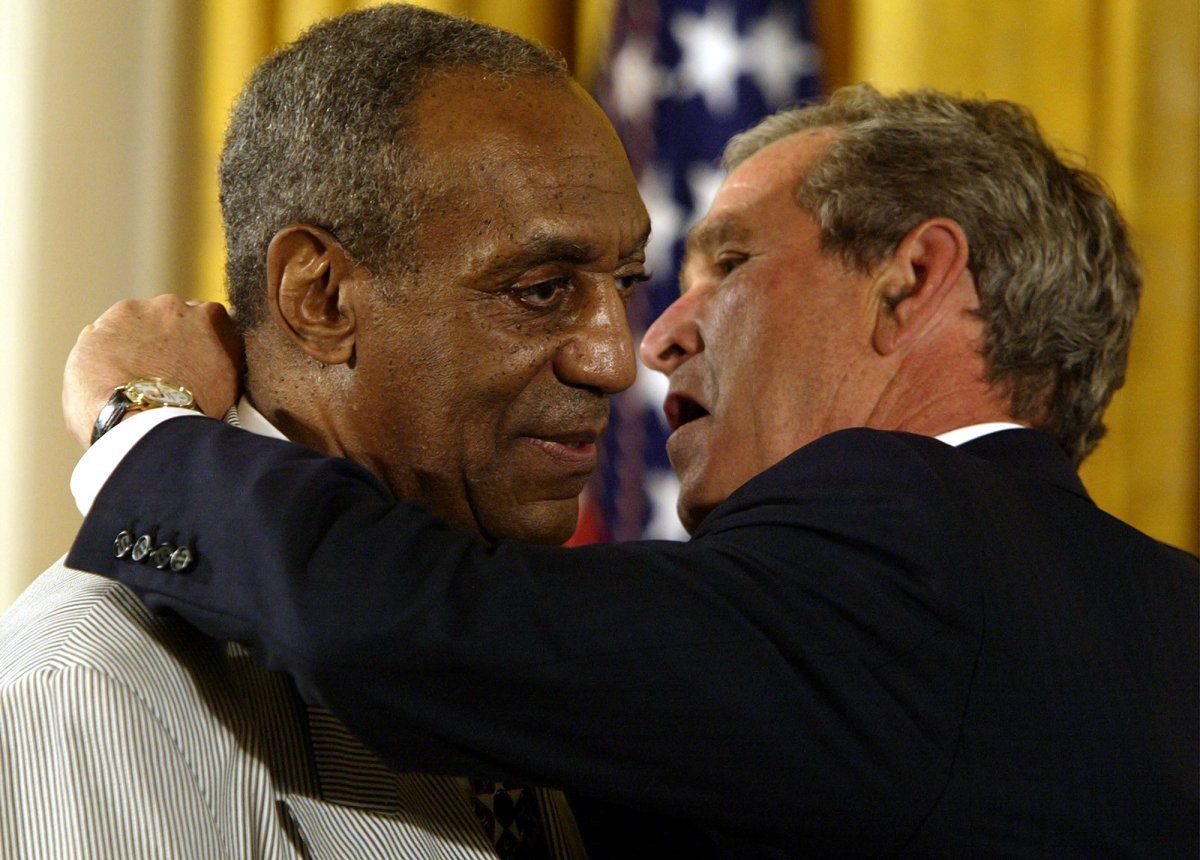 Bill Cosby being honored with the Presidential Medal of Freedom from the 43rd US President George W. Bush.

Apart from the awards he has also received honorary degrees like Doctorate from Rust College, Old Dominion University, Paine College, Hampton University, and many more. Most of the honorary degrees given to him have been rescinded since the allegations of sexual assault were made against him. He has also received a Presidential Medal of Freedom from the former US President George Bush.

Bill Cosby’s net worth is estimated to be approximately around $400 million. The primary source of his income has been from the comedy albums he has done and also the various TV shows that he has acted in. He has also been a part of many music albums and movies. Recently, Cosby was found guilty and sentenced to three to ten years of imprisonment in 2018. As a result, we can only see his net worth going down in the coming years. He has a house in Massachusetts and Pennsylvania. Currently, we do not have any information available about any of his other assets or cars. But as soon as we get any details, we will update you. So, stay tuned.