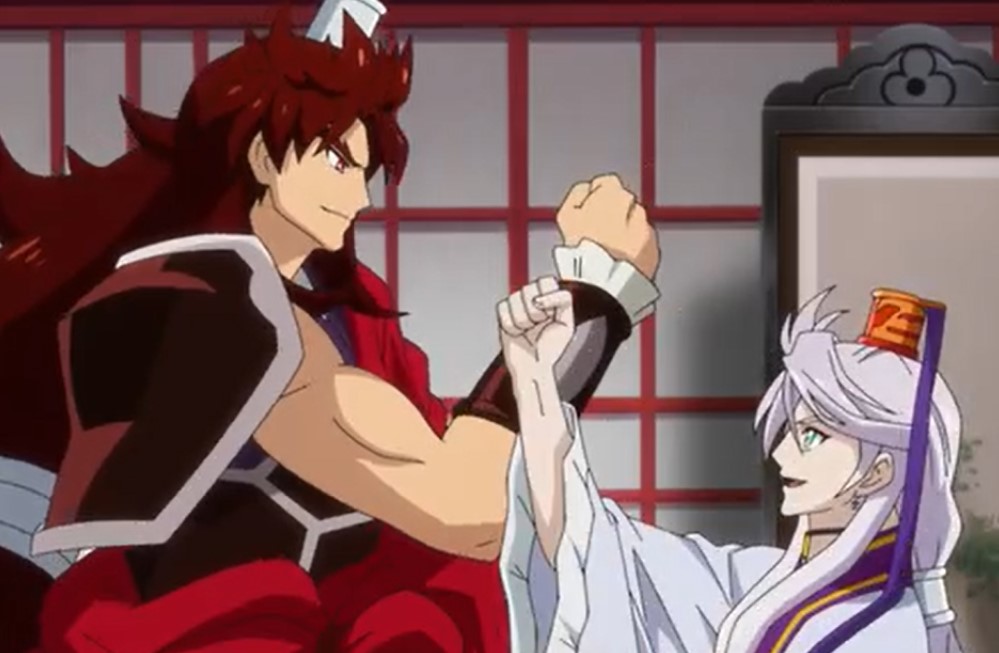 We are back again with another twist of Arrow’s story, who still want to go to the other side of the Wall. Let’s find out how Arrow’s arrival will impact the life of the citizens in Edger village. Concerned about their diplomatic balance with large nations, president Garay of Iki Territory attacked Arrow and dreadnought. But Eisha and friends escaped his trap. They decided to head for the Wall with Arrow; meanwhile, in the republic of Rekka, one of the world’s two great nations, Shuu Bi declares he would eliminate Arrow.

Fifteen years ago, in the Republic of Rekka village near the North Wall, a terrorist used to take small kids and arrest them. They used to abuse them and give them hard chores. Kai is also one of the hostages that is being abused by the terrorist. They are being guided by soldiers who beat one of the kids. Kai comments that he must stop treating them like they are livestock. The soldier asks Kai who told him that he is allowed to talk.

The latest new Back Arrow Episode 5 will be released on Saturday, 6 February 2021, at 12:00 AM JST. Back Arrow will keep on releasing new Anime every Saturday. You can enjoy visiting the Anime’s official website at back-arrow.com. And watch it on AnimeLab and Funimation. Let us take a look below. 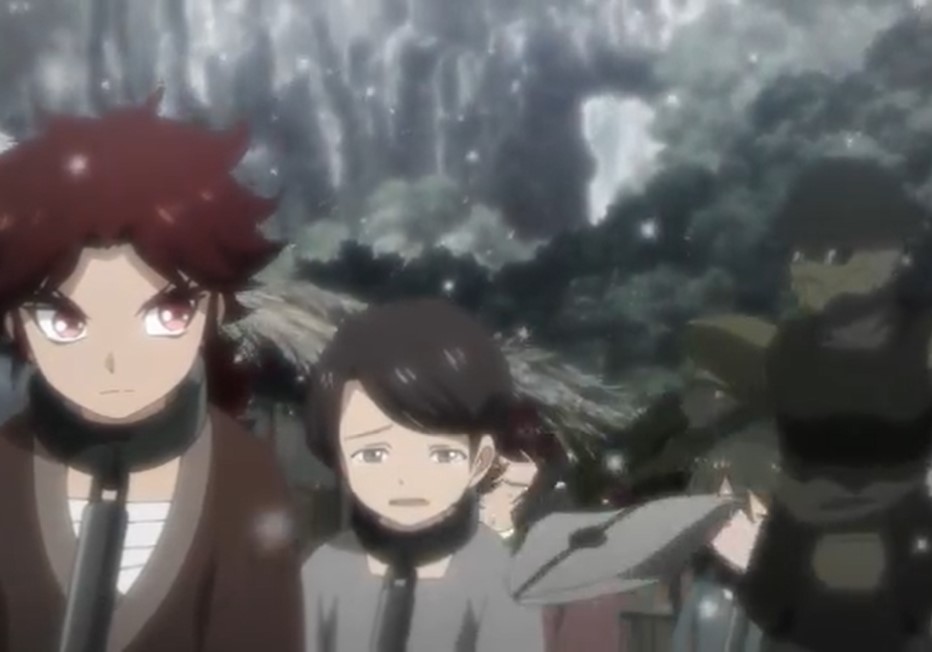 Shuu warns Kai not to fight back, and they are livestock because the village couldn’t pay taxes, so they offered them instead of food or money. Kai noticed that the villagers are watching them from the shadows. He thinks that they have abandoned them in time of need. Kai is wondering why they are scared of these government goons, and he receives a slap for saying that. Kai and the other kids got locked inside the cells.

The kids complain that they are given awful food that not even livestock would eat. In the evening, Kai manages to uncuff himself, and Shuu told him to give up since he won’t go that far. Shuu asks Kai if he will become a king and get rid of this problem, but Kai said he rather not become a slave. Shuu advises Kai that they can prove themselves and catch the eye of the capital. Kai agrees to cooperate and promises Shuu that they will rise to the top.

Shuu comments that one day they will rule the Republic of Rekka. Back to the present, Kai remembers his promise while waiting for Shuu. Shuu shows up and reveals that he needs to make a name for himself and change the country from within. He also said the four Fiends have agreed to help them. Kai said that they are mercenaries who have gone astray. Shuu comments that they are powerful, and he can defeat the dreadnought with their help.

He said their victory would please the prime minister, and he won’t ever complain about them. Shuu asks Kai to keep it secret since he is Rekka’s trump card, and he will handle everything. Kai agrees and said he would do it for their north wall promise. Meanwhile, at Supremacy of Lutoh neutral zone. The enemies are attacking the base, and the soldiers head out to block the enemies. The enemies are after the Lutoh beam gun. 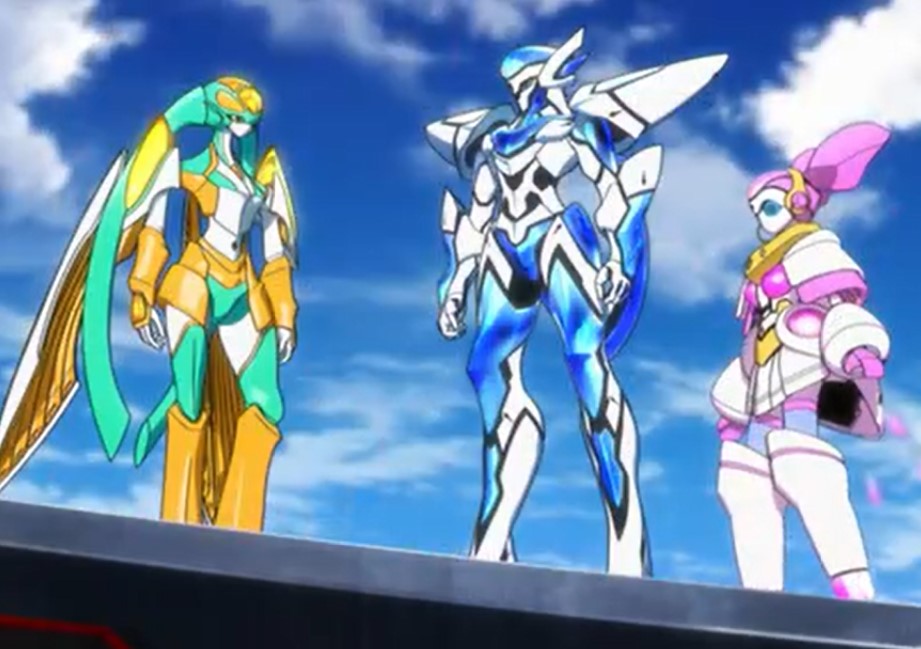 They manage to take down the guards and destroy the base; they are left with the beam gun. Simultaneously, Arrow and others are checking the map that will lead them to the Wall. The Doctor has found a way that won’t upset Rekka or Lutoh. Arrow is glad about that, and Bit notices that the soldiers are surrounding their ship. Outside the ship, Rena and Shuu are leading the army. Shuu reveals that he has been permitted by the president of Iki to attack Arrow’s crew.

Ren fires something that falls inside the ship, and Arrow saw it. Arrow and others listened to the message coming from the device that has fallen inside the ship. The emperor of the Republic of Rekka Zetsu Daidan, introduces himself. He told them that it is forbidden to go beyond the Wall, which is against the country’s law. By the will of the world wall, the warriors of Rekka have come to eliminate Arrow and his crew.

Zetsu said that there is no negotiation, and Arrow has to die along with his crew. The warriors started to attack the ship. The Doctor suggests that they can flee to Bankia, a neutral city o the northeast. Arrow agrees and lets them flee with the ship, but Atlee, Eisha, and Arrow decided to clash with the warriors. Arrow and Eisha defeated the warriors, and Shuu joins them. Ren went back to Rekka and report to Kai that Shuu has betrayed them.

You can also get more updates on the previous episode using this link: Back Arrow Episode 4. That was all about the preview and upcoming episode.