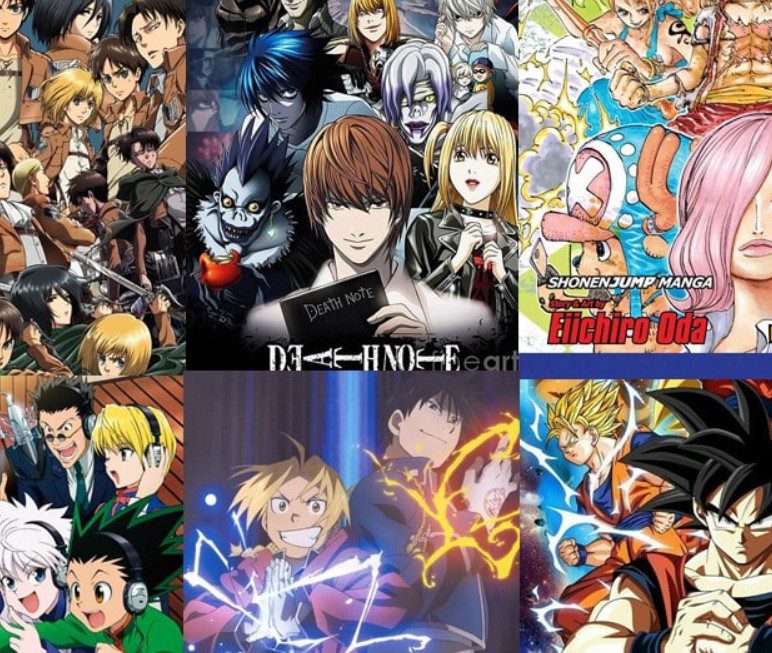 Best Recommended Manga includes highest rated mangas that manga fans will always want to read. There differ best-recommended manga every year, and some of them continue to stay in the top ranks since they are ongoing. But we will discuss every best popular manga and the ones you might have skipped reading. The best-recommended manga has always been the one that satisfies the readers or fans. It is rare to recommend a manga that fans won’t like. We also have anything that we will talk about regarding the best-recommended manga.

2022 has offered the best-recommended manga, some of which are the new mangas that are similar to the best ongoing mangas. We will also discuss the mangas that have ended, but they are still the best since some fans never knew about them. In the list of the best-recommended manga, we will introduce you to different types of manga with the best actions or romantic comedy. Manga fans have become addicted to action mangas or romance manga, and we will also cover that for them to find the mangas they prefer on the list. However, exploring new things or other types of manga with a single genre is sometimes good.

Some manga will reveal romantic comedy, adventures, action, and harem. The  20th century has changed, and manga has quickly improved since the writers want to provide the best manga to the fans and readers. The best-recommended manga also draws the attention of those who have never read manga in their life since the manga is always upfront from the anime, and fans are eager to know what happens next. But it is hard to talk about all mangas since there are many different mangas. Let’s find what best recommended manga you can enjoy reading below.

Though Selo Leveling manga has been completed, it remained the best-recommended manga, which is also best for new manga fans. Many fans are still reading Solo Leveling, and its anime will hit soon. Solo Leveling has topped the list of popular websites and remained in the top ten best-recommended mangas that one should enjoy reading. This is the story of Hunters and monsters where humans became ranked Hunters to deal with monsters that want to take over the world. 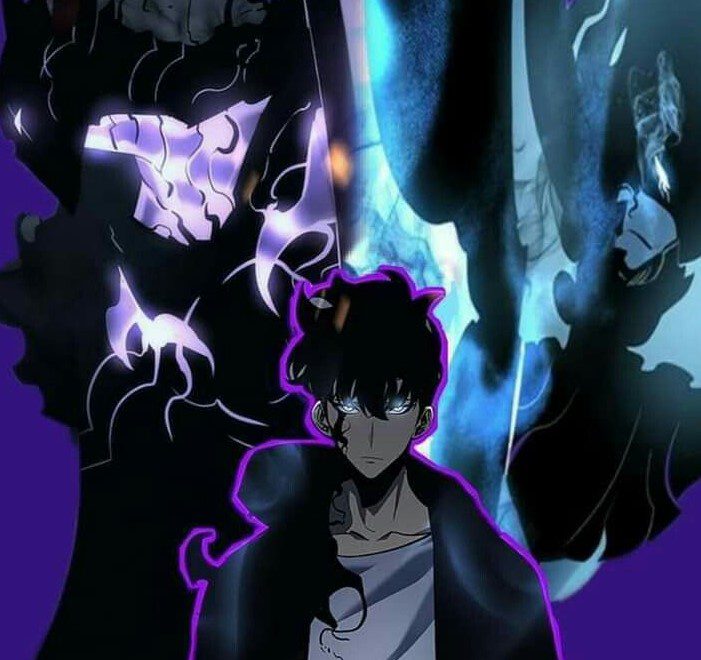 S-Rank Hunter Sung Jinwoo is the main hero of this manga who became the strongest hunter to protect the world and his beloved family. However, he began as the weakest E-Class Hunter with no money, and everyone underestimated him, but a fated encounter with a mysterious dungeon changed Sung Jinwoo’s life. This fate encounters granted Sung Jinwoo with new powers, and begins battling powerful monsters.

The Beginning After the End is an ongoing popular manga that releases its latest chapter weekly. This is the best manga that a manga fan should read in 2022. The best action comedy story of Arthur continues, revealing the best moments of Arthur, even about his past. The Beginning After the Endreveas the story of the wealthy King Grey who lived in the world governed by martial ability. 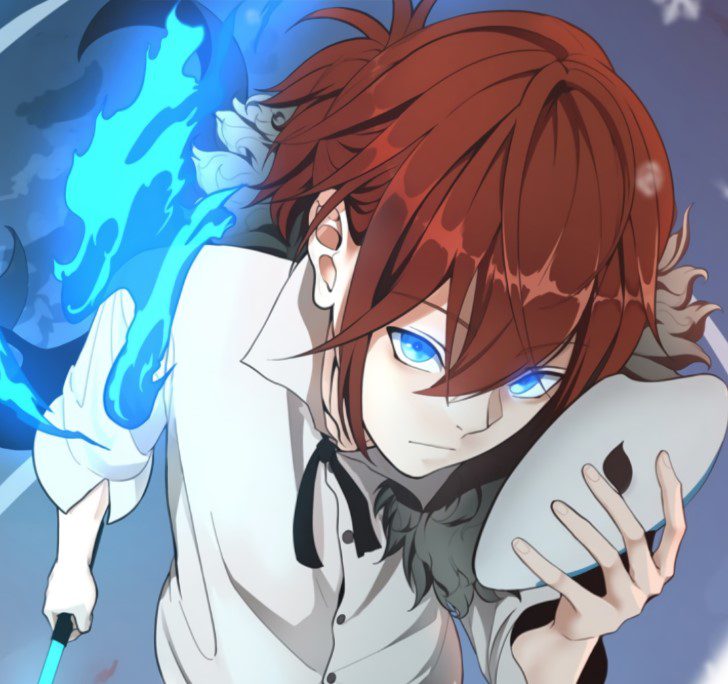 But his life changed when he lost everything and died; unfortunately, King Grey was reincarnated in another world where he decided to change his life. He enrolled in a magical academy as Arthur, where he had to face monsters and solve countless mysteries. Arthur made many friends at the academy and became popular while saving his friends and other students.

It is also known as Agyeogui Ending-eun Jugeumppun, one of the latest hot manga that has been ongoing since it began two years ago. This is the story of a mysterious lady obsessed with a game, but she activates the hard mode that got her teleported to the strange world. Penelope Eckhart is a beautiful lady who loves games, and her life changes when she finds love since she believes that love is simple as the heroine. Still, she is the hated villainess who is not trying to die. But she died at the hands of her brother. She got reincarnated. 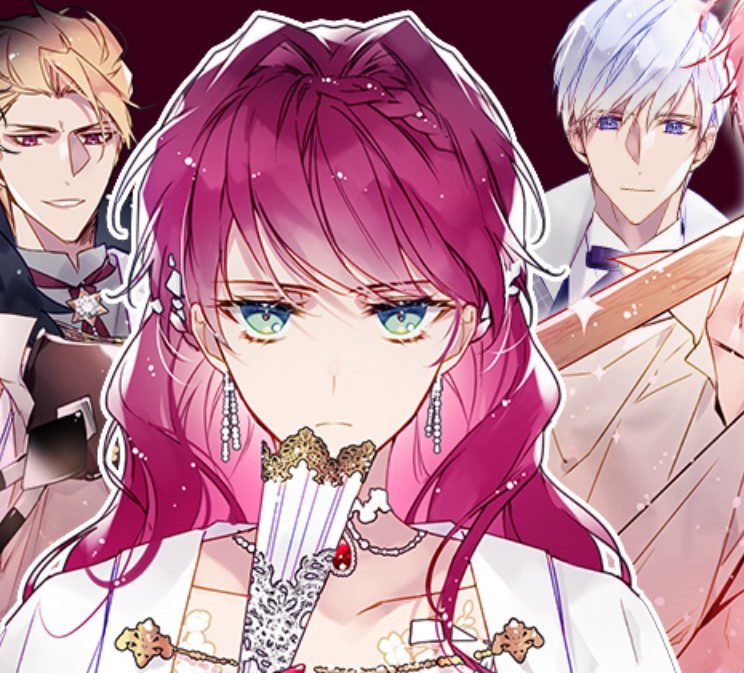 Beastars is also one of the best-recommended manga. This is the best romantic comedy manga that has great action. The story took place after the night of murdered student at Cherryton Academy. The herbivores students begin to suspect that carnivores students are the ones responsible for the murder. However, the Wolf Legoshi became the primes suspect. 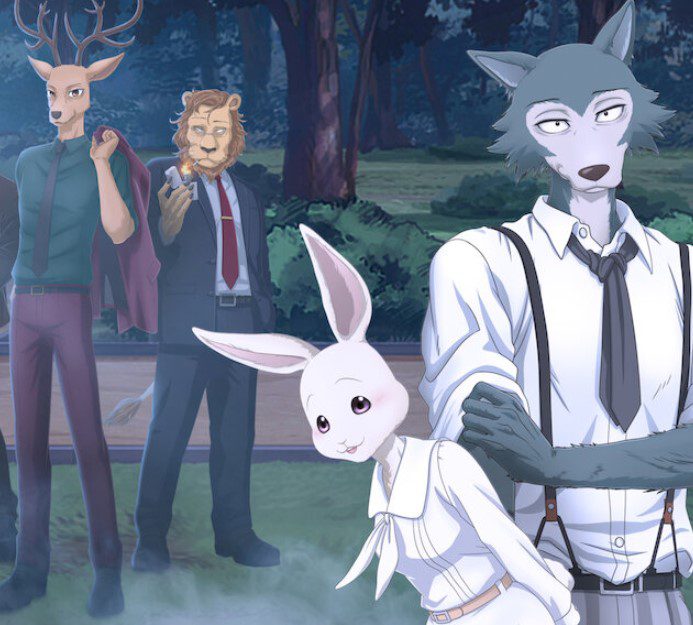 Legoshi is a good wolf that would never hurt a fly, and Haru joins even though Legoshi sometimes fails to suppress his carnivore instincts. The two fall in love, and this changes Legoshi’s life. Legoshi decides to find the truth behind the murder case and prove that he was not murdered and decides to take down all the carnivores that kill herbivores. Legoshi and Haru’s love begins to blossom.

In London, people have been dying, revealing that 72% of all are related to dragons. This has been happening in history, but humans get tired of dragons,s and some stand against the dragons. Not all humans can see these dragons since those who live in Reverse London can see the dragons. However, many humans were selected to become witches and wizards, but few of them made it. 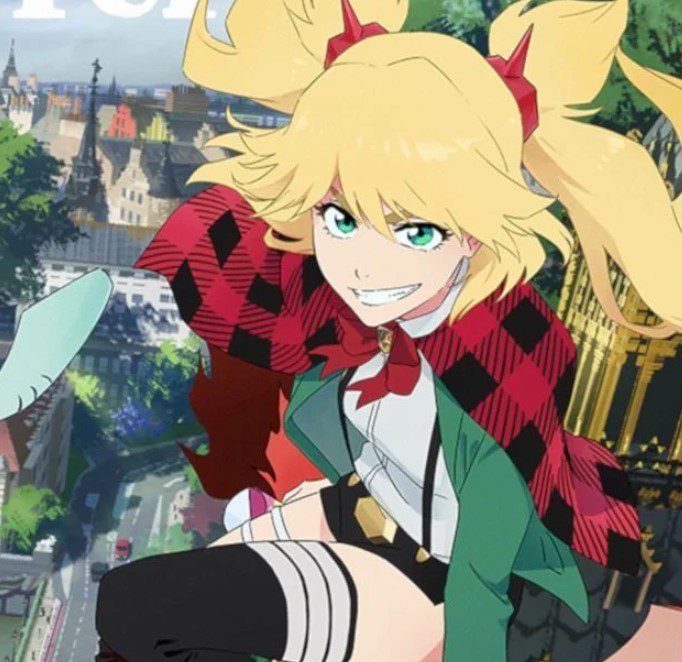 Noel Niihashi and Ninny Spangcole became the best witches duo who are protecting agents for Wing Bind. They are tasked to stop the war between dragons and humans, and humanity’s fate lies in their hands.

Dragon Ball Super is the best manga that releases a single chapter every month. Son Goku’s adventure with the Prince of Saiyans, Vegeta, continues as they protect Earth and their beloved ones. This begins after Goku defeats Boo and realizes that Earth is boring since Goku is always looking to fight strong opponents. He joined the God of Destruction Berus and the Angel Whis and began training for the mysterious coming enemies. This happened Goku to open new Saiyan forms like Super Saiyan God, Ultra Instinct, and Super Saiyan Blue. Thus begins Goku and Vegeta’s new adventures. 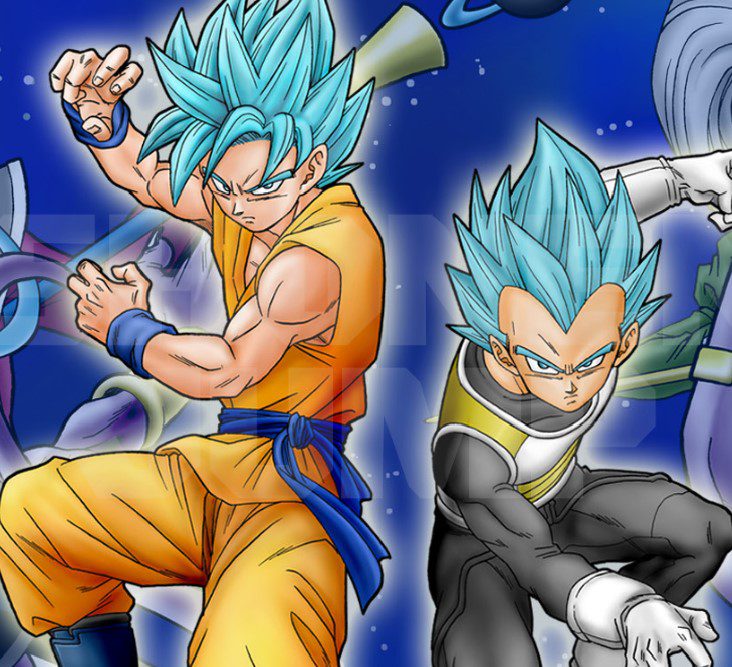 Toriko reveals the story of the strongest man who lived in the age of the gourmet. In this mysterious world, many delicious foods need to be eaten, requiring physical powers ad special skills to get delicious ingredients. However, Toriko is the hunter for hire who travels worldwide with his assistant, chef Komatsu collecting each new ingredient and making his ultimate full course menu. They also face countless battles on the journey to achieve their goals. 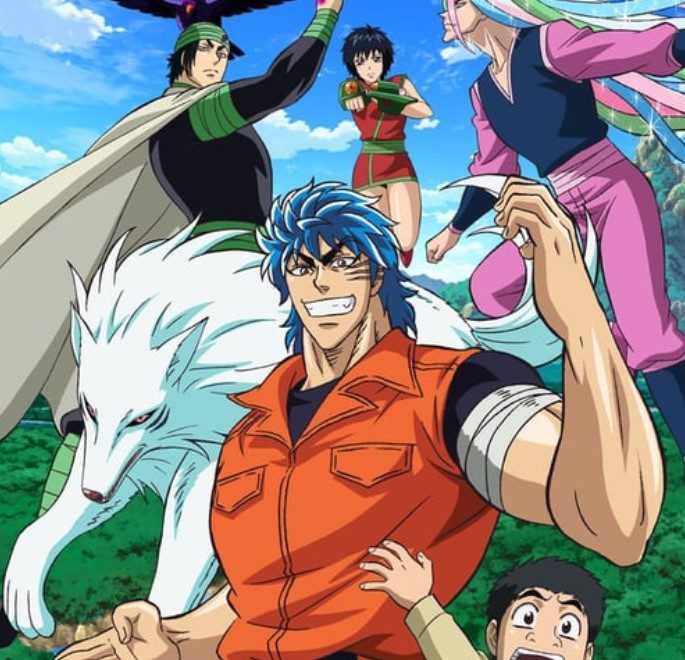 Koichi Haimawari is a young boy who failed to become a hero and earned the title of The Crawler due to how he fights and runs. However. Koichi uses his Quirk to do good things for the citizens, but one day he meets with the villains and joins two other unlikely heroes. Those two heroes realize that fighting villains need someone brave since they don’t know what they are doing. Koichi became the wanted vigilante, and he continued to do good deeds. But he fell in love with a girl that became a villain. 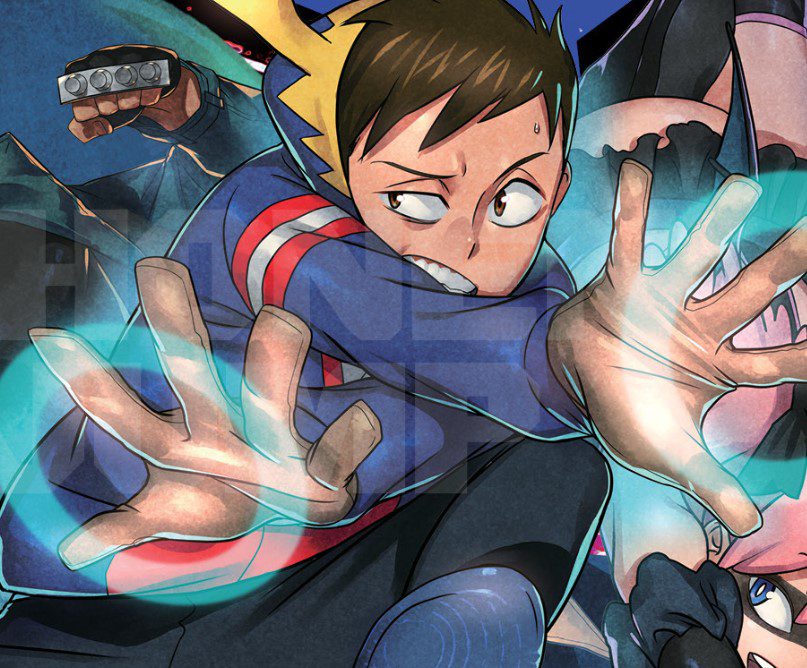 Talented exorcists can only expel the mysterious dark realm of Magano. Rokuro was born into an exorcist family, but after a terrible incident, he can be a soccer player or singer. However, Rokuro is forced to reveal his potential after the arrival of Benio. Benio is a powerful, feared exorcist who is more than Rokuro’s match and stirs Rokuro’s competitive spirit. They both become powerful and fail to stop each other in supernatural combat. 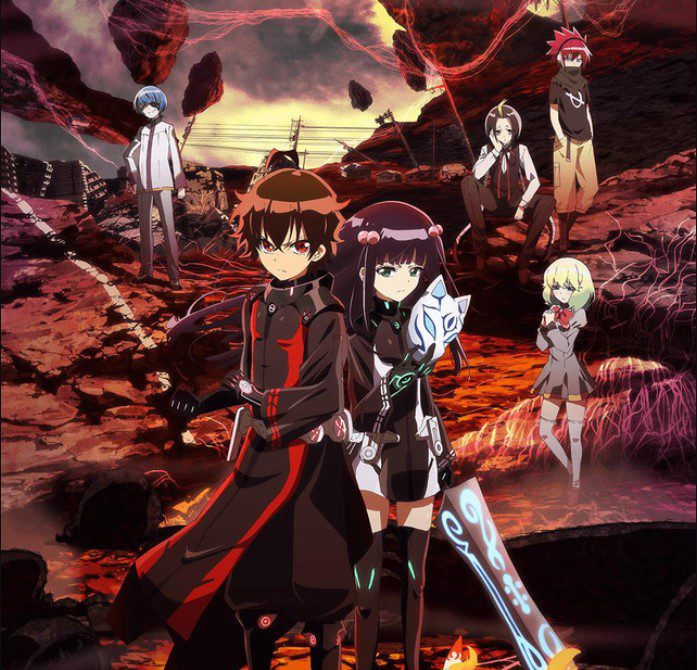 You might have been wondering why we didn’t talk about Manga like One Piece, Black Clover, or My Hero Academia because we are bringing new things to the manga fans, and manga like One Piece is one of the manga that we talk about daily. The manga on the list above is the best and similar to the ones we mentioned. You can also check other best-recommended mangas like them.