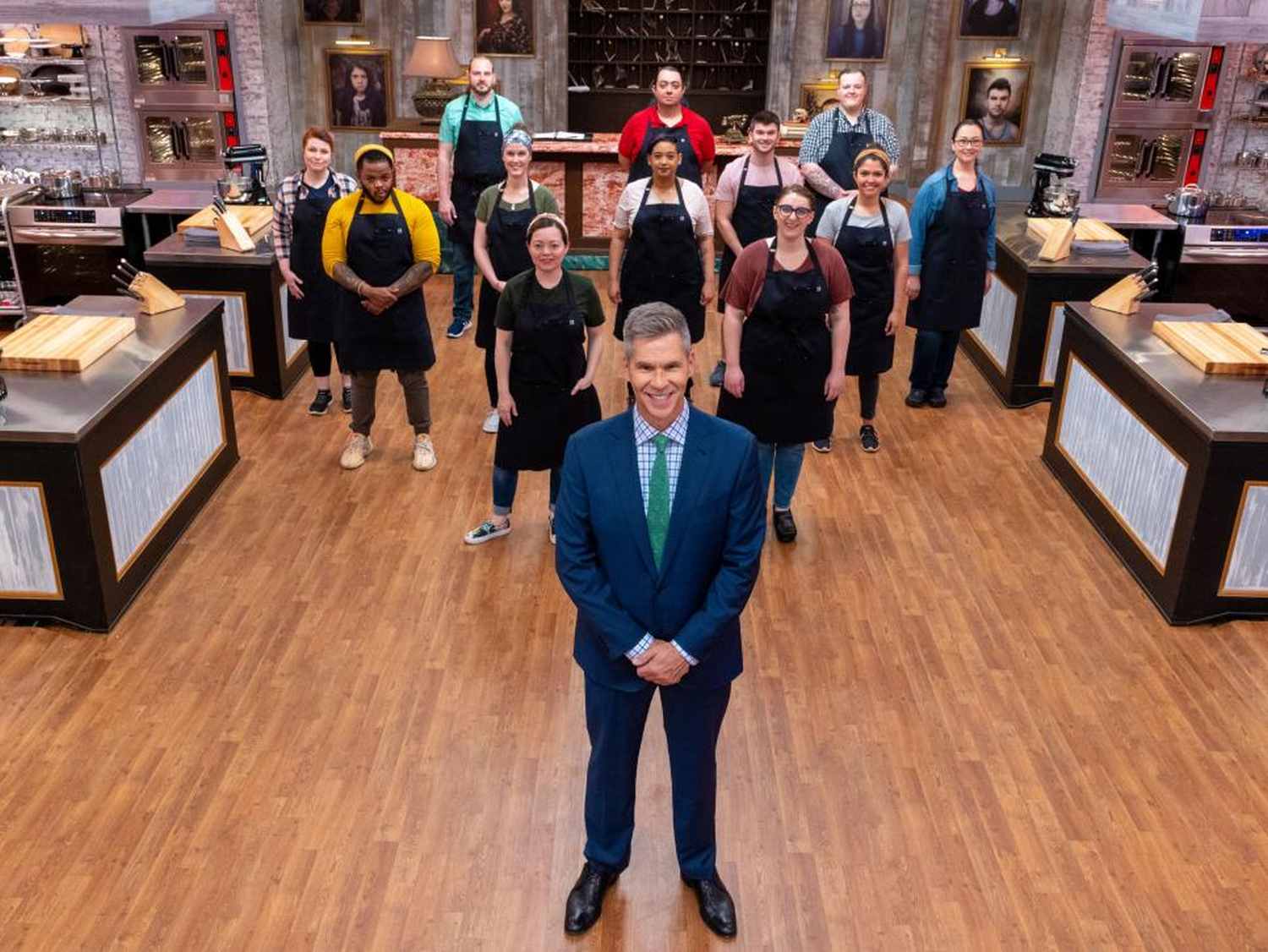 Halloween Baking Champion Season 8 Episode 2 release date is up the roster, and fans are excited to know more about the same. The shoe has kicked off with yet another installment, and the first episode was already delivered to us last week. This is a cooking show made to air on the Food Network. As the name already suggests, each season starts its broadcast right around the time when people are thrilled about Halloween in general. It all started back in 2015 and till now, we have had eight successful seasons of the show. At the end of each season, we see the hosts and judges trying to crown one baker that has done the best spooky projects on their cakes and products for the season. Coming back to the series, let us have a quick recap of the same before diving into the details of the future.

Halloween Baking Champion Season 8 Episode 1 was titled Welcome to Hotel Henson. In this episode, we saw that nobody is quite safe as the host now welcomes 12 contestants in the series to play their part right. They are required to create faces in the pie. Then the episode came to an end as these projects were presented before Judge Stephanie Boswell, and the contestants were trying to please her off. Other judges on the series this season includes Zac Young and Carla Hall. All these cakes have a little blood splatter, and it is all that makes it even more worthwhile for the spooky season. Coming right into the future of the series, here is what we know about the same.

Halloween Baking Champion Season 8 Episode 2 release date is on the 19th of September 2022. The episode is titled Croquem Boots. The new episode will drop out on the Food Network at 9 PM Eastern Time. Also, you guys can mark your calendars for the new entries released every week on Mondays.

Halloween Baking Champion Season 8 Episode 2 can be watched easily when it airs on the Food Network at the date and time mentioned above. The episode can also be streamed through various available platforms such as Amazon Prime Video on demand as well as Vudu. New episodes will also drop out on Discovery Plus.

The platform costs 4.99 dollars a month as a basic ad-supported version of the plan. You can eliminate the commercials by updating the plan to the higher 12.99 dollars a month version. If you have access to Roku, you can also add Food Network Go to your devices and check out with the same to watch the series’ latest episodes.

Halloween Baking Champion Season 8 Episode 2 is titled Croquem Boots. In this episode, the theme will be Puss in Boots. The Hotel Henson will see the bakers trying to prepare a Croquembouche which has now easily been edited to become Croquem-boots. Later in the episode, the contestants will be seen trying to redesign a dessert. This will be on a theme to represent the various methods of death. Now, the turn will be for the last eish of the judges. This shall require the work of the contestants to create a cat-sized cake for the display.