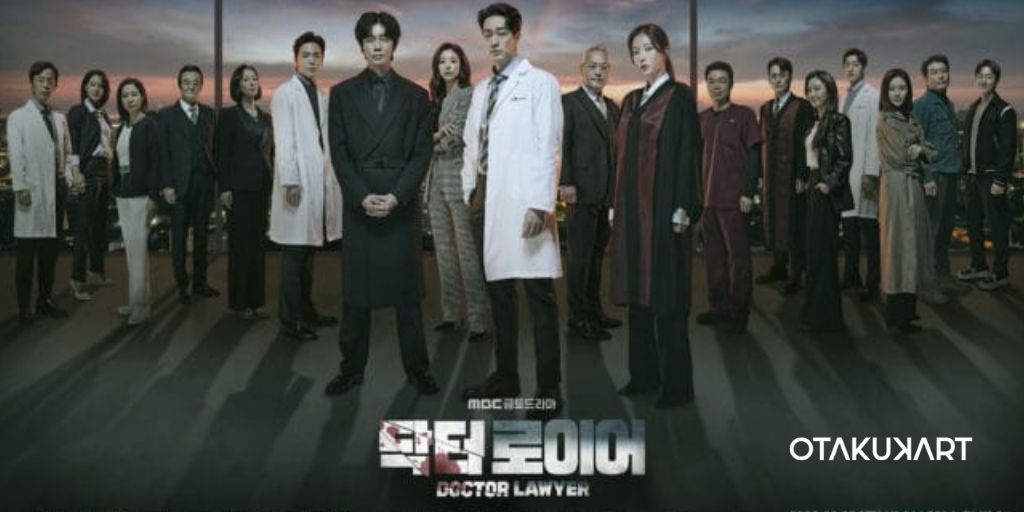 Where To Watch 'Doctor Lawyer' Kdrama

If you are curious about where to watch ‘Doctor Lawyer’ Kdrama, then you have come to the right place because we are here with all the information that you might need. ‘Doctor Lawyer’ has been gaining immense attention from fans as it keeps getting better and better with each passing episode and the thrill and suspense of this Kdrama has been making everyone addicted to the story. This Kdrama is so famous because of how it maintains a perfect harmony between various genres like law, medical, mystery, suspense, and thriller.

If you do not know, ‘Doctor Lawyer’ is an ongoing Korean drama that revolves around how a man, who was an exceptional surgeon lost everything because he was framed. But he does not sit back and cries over his failure, instead, he comes back as a strong lawyer. This Kdrama tells about how power, money, and corruption can pollute people and it also shows how people are not just black or white, but a combination of several shades, as we still cannot guess what is Jayden’s actual plan. This Kdrama is a Kdrama that will grab your full attention because of its intense plot which has enormous amounts of twists and turns, that will actually give you goosebumps. So, are you interested in watching this amazing Kdrama? So, here are all the details that you should know about where to watch ‘Doctor Lawyer’ Kdrama.

What Is ‘Doctor Lawyer’ All About?

Before we get to know where to watch ‘Doctor Lawyer’, let us first see what this Kdrama is all about and why are people so obsessed with the drama. This drama shows the cruel reality of the world of how people can be so fickle toward money and power. And how people can go to extreme extents just to get what they want. The story revolves around Han Yi Han, who was once one of the best surgeons. But he was framed for medical malpractice and he lost his license. But Yi Han comes back after five years as a lawyer to take his revenge. Along with this, he tries to uncover what happened in the past and how Seok Young’s brother died.

The drama also introduces us to a strong female character Geum Seok Young, who is a competent prosecutor. Along with her, we also meet another interesting character named Jayden Lee, who has the most confusing personality. We know that he is someone very suspicious, but we still can’t help falling for his character. To sum up, the series is very interesting and you should definitely watch it.

The Amazing Cast of ‘Doctor Lawyer’

Let’s have a look at the talented cast of ‘Doctor Lawyer’ before moving on to where to watch ‘Doctor Lawyer’ Kdrama. At first we have So Ji Sub, who plays the role of the main lead Han Yi Han. He is the genius doctor who returns s a lawyer after losing his medical license. He really made the series very thrilling with his amazing acting. Next comes our female lead, Im Soo Hyang as Geum Seok Young, who is a prosecutor in the Seoul Central District Prosecutors’ office, in the medical crime division. We always love a female lead who is strong and is not afraid to speak her mind, and the actress has made sure that we fall for this character. Along with them, we also have Shin Sung Rok as Jayden Lee, who has really stolen everyone’s heart with his intense acting. He has portrayed the role of a complex character so easily, that we cannot help fall for him. Therefore, the cast of ‘Doctor Lawyer’ has made the Kdrama even more amazing.

Where To Watch ‘Doctor Lawyer’ Kdrama?

Now coming to the most pressing question about which everyone is curious- where to watch ‘Doctor Lawyer’ Kdrama? Well the Kdrama originally airs in MBC, in South Korea. But ‘Doctor Lawyer’ is also available in Disney+ Hotstar if you want to watch it online. The Kdrama airs every Friday and Saturday at 10 pm KST. For international viewers, the timings are 6:30 pm in India, 9 am for US viewers,  11 pm in Australia, 9 am in Canada, and 2 pm in the United Kingdom.