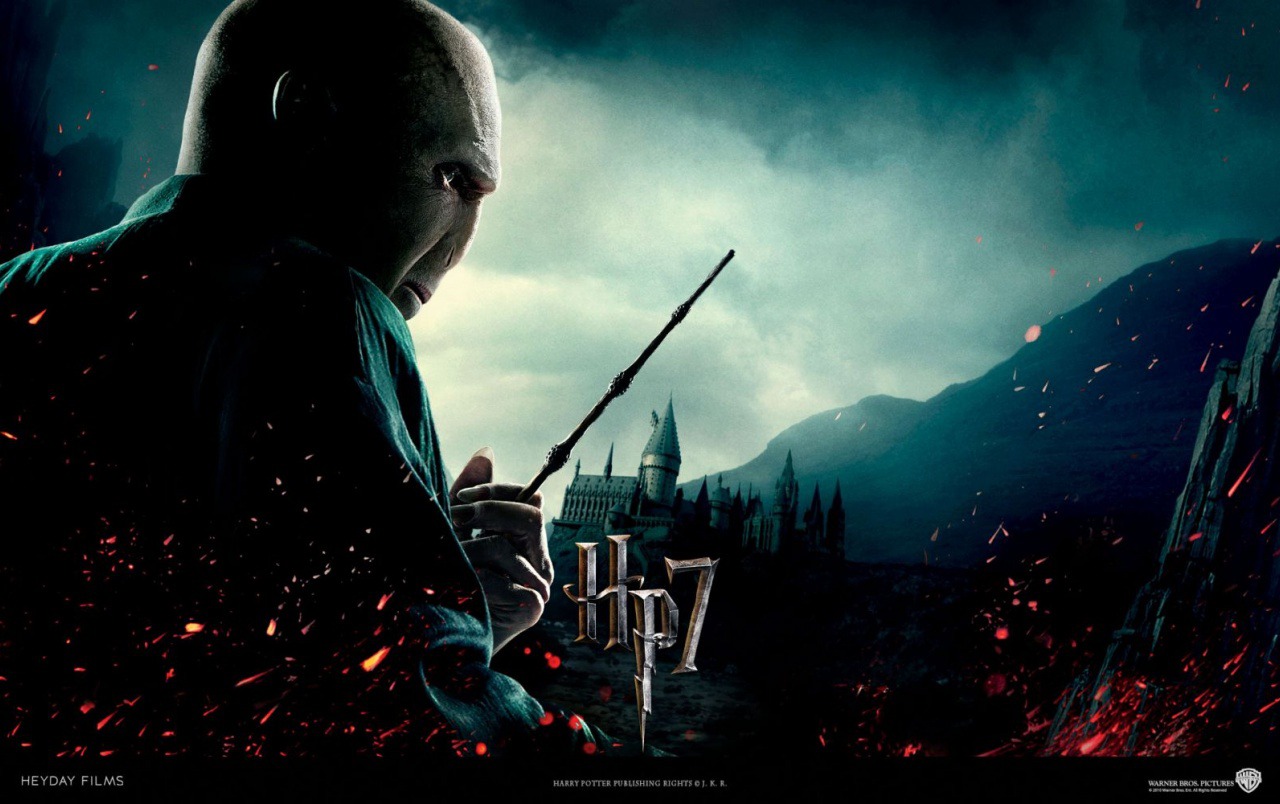 Lord Voldemort is considered one of the evilest and wicked villains of all time, and there are good reasons for that. Since his childhood, he committed so many atrocities and deplorable deeds that he eventually earned the title “Dark Lord.” He was a Dark Wizard so dangerous that no one in the wizarding world dared to say his name, let alone fight him. He was the second most powerful wizard in the world, second only to Albus Dumbledore. Many of the worst things Voldemort did change the order of the wizarding world. Killing muggles and wizards is only the tip of the iceberg; he even went as far as plotting wars and using forbidden spells.

Previously known as Tom Marvolo Riddle, he became infamous as Lord Voldemort, alternatively called “You Know Who” and “He Who Must Not Be Named.” Voldemort forsook his given name as he detested his muggle father, who shared the same name with him. He grew up in an orphanage after his father abandoned him. Dumbledore fetched him from there and admitted him to Hogwarts School of Witchcraft and Wizardry. Throughout the eight movies of the Harry Potter franchise, Voldemort remained the primary antagonist.

Before the events of the first Harry Potter movie, The Philosopher’s Stone, Lily James destroyed Voldemort’s body to save her son, Harry Potter. Unable to die even after that, Voldemort did everything he could to regain his body and plotting a war against Hogwarts. He eventually lost to Harry Potter with the combined efforts of the latter’s friends and professors. However, before his demise, Voldemort brought many tragedies upon the world and forever left his mark in the wizarding world. Here, we will discuss the 6 worst things Voldemort did that earned him the title of Dark Lord.

1. Opening the Chamber of Secrets Twice: 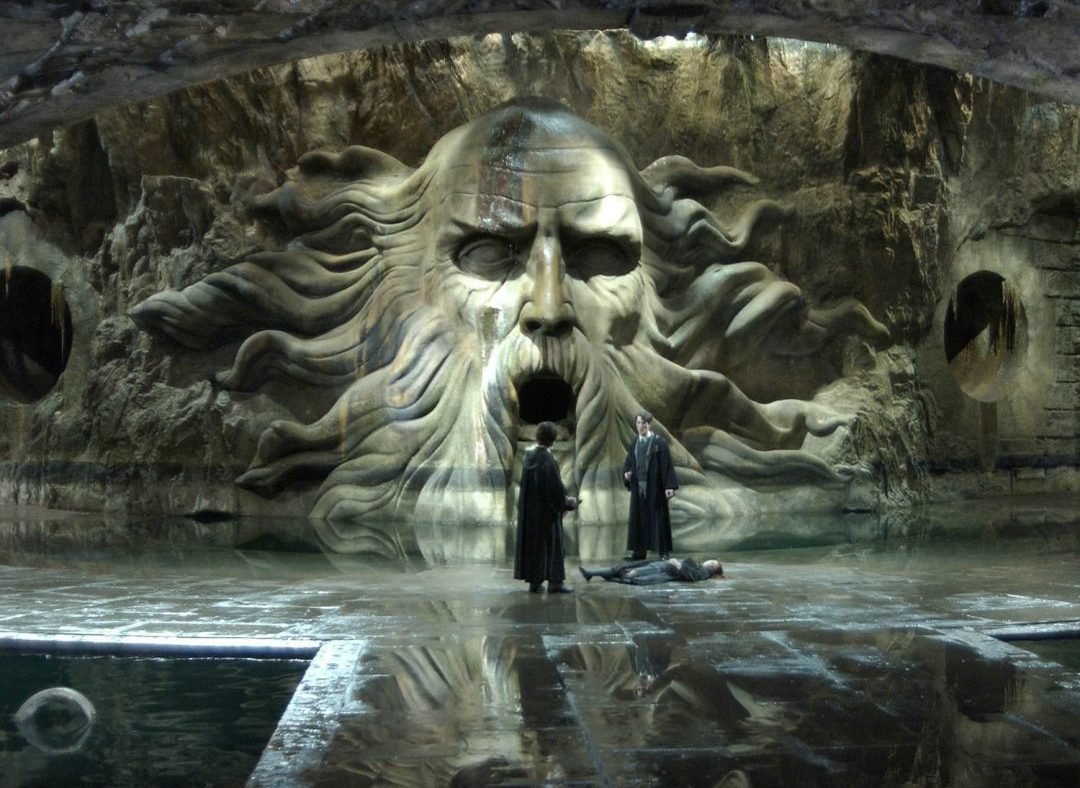 Harry Confronting Tom Riddle in the Chamber of Secrets

Tom Riddle was obsessed with finding the Chamber of Secrets. He was the heir of Slytherin and wanted to release the monster Basilisk in his plot to rid the school and magical world of all muggle-born wizards and witches. In the second Harry Potter movie, The Chamber of Secrets, Voldemort was the mastermind behind the suspicious events related to the chamber. Fifty years before the movie’s events, Voldemort succeeded in releasing Basilisk that killed a muggle witch Myrtle Warren. Her ghost still lingers in the lavatory, and people started calling her Moaning Myrtle.

Not only did he committed the deed, but he also framed Hagrid for it. At that time, when Tom was still a student at Hogwarts. Fortunately, Dumbledore believed that Hagrid could never open the Chamber of Secrets and convinced Armondo Dippit, the headmaster at that time, to let Hagrid stay as Keeper of Keys and Grounds. Now, fifty years after the events, Tom’s memories linger inside the diary that Harry got a hold of. He tried to manipulate Harry by using the memories of him confronting Hagrid.

Now that Voldemort doesn’t have a body, he controlled Ginny Weasley’s mind and tried to kill her. Under his control, Ginny releases the Basilisk that starts petrifying the students, even Hermione Granger and the school ghost Nearly Headless Nick. Luckily, Harry finds the chamber and defeats Basilisk. Harry also defeats Tom’s memory that manifested into his form as a teenager. Harry used the Grifindor’s sword against Basilisk and then destroyed the diary using the monster’s tooth. 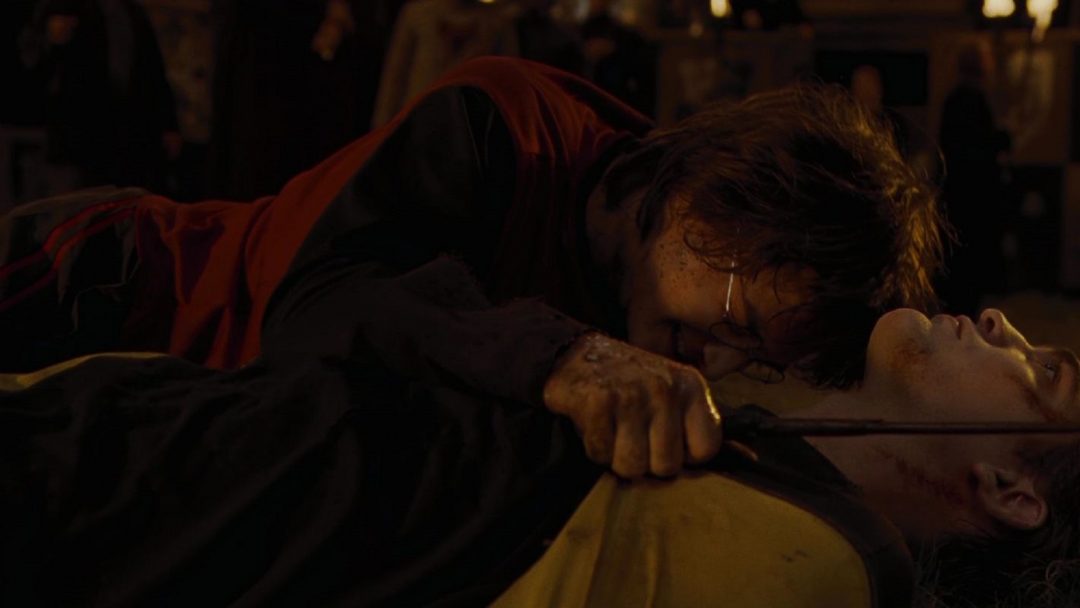 It happened so quickly that the audience didn’t even have time to react. During the Triwizard Tournament, Voldemort manipulated the Goblet of Fire and chose Harry Hogwart’s representatives in the tournament. However, the rules stated that only one participant was allowed who was over 17 years old. Harry, however, was only 14, so it seemed preposterous to have him in the tournament. Dumbledore had no other option to let him participate with Cedric since it was the goblet’s will. Harry fought in the competition, and the two exchanged tips for the tasks. Harry and Cedric find the victory cup together during the last round, but Cedric asks Harry to take it since he saved his life. However, Harry refused and asked him to take the cup with him. Unfortunately, their touch activated the Cup that was turned into a Portkey, and the two of them were transported to the Little Hangleton graveyard. Upon Voldemort’s arrival, Harry’s scar starts aching, and Cedric confronted Peter Pettigrew, who was carrying the small form of Lord Voldemort. Though not by his hands, Voldemort was responsible for Cedric’s death as he ordered Peter to kill him. Cedric’s death had a huge influence on Harry, consuming the 14-year-old with guilt and sorrow. 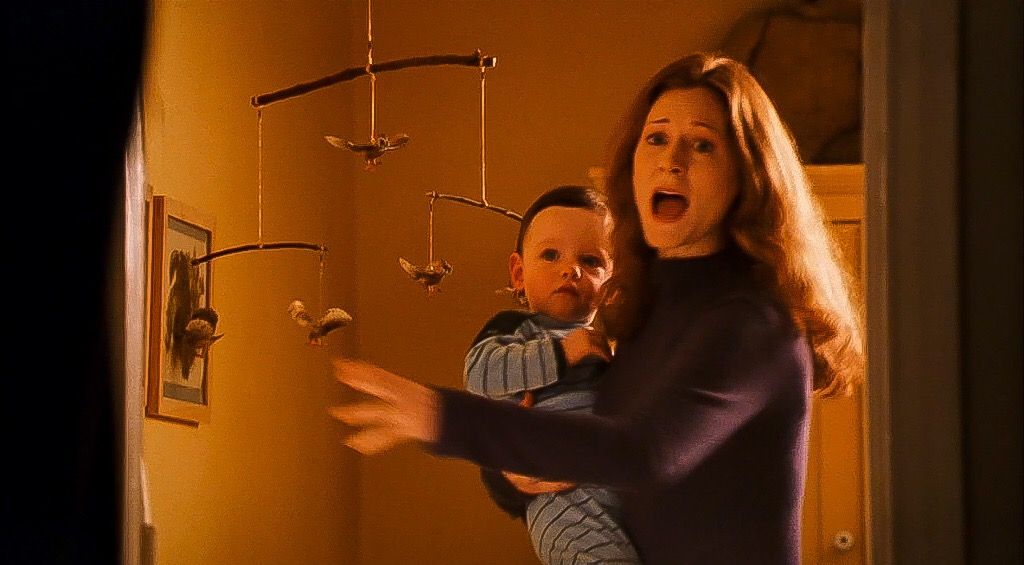 Lily Trying to Save Harry After James’ Death

Voldemort tried to kill Harry more times than we can count. He was evil enough to attack the infant who was prophecized to kill the Dark Lord. When Harry was an infant, Voldemort entered his home. James told Lily to run away with Harry while he holds him off. Unfortunately, Voldemort killed James even before Lily could escape. Voldemort tried to honor Snape’s request to spare Lily’s life and asked her to step aside and let him kill Harry. However, Lily refused, and Voldemort brutally kills her as well. Lily’s death was a loving sacrifice because she refused to save herself even though she could.

Because of the pure love she felt for her son; Harry was marked with a protection spell that rebounded Voldemort’s Killing Curse. The rebound destroyed Voldemort’s body, and the impact left a scar on Harry’s forehead. Lily’s magic was the only thing that could reverse the effects of the most powerful and sinister curse. Thus, Harry became a legend in the wizarding world, earning the nickname “The Boy Who Lived,” His scar became a sort of identification for the boy. 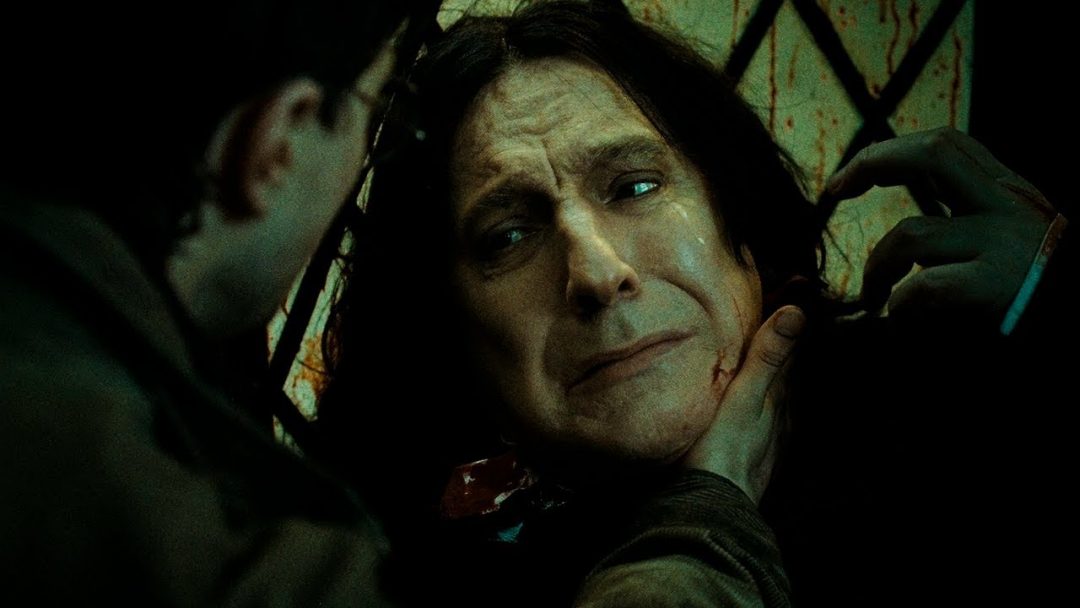 Snape’s death didn’t have much impact on us until we found out the truth. We all hated him for killing Dumbledore and joining the ranks of the Death Eaters. However, the major plot twist in the movie revealed Snape’s sacrifices and struggles throughout the years. Not only did Dumbledore asked him to join the Death Eaters as a spy, but he also requested Snape to kill him. It was a necessary sacrifice to ensure Snape’s safety and maintain his position as Voldemort’s loyal servant. Unfortunately, Voldemort ends up killing Snape anyway.

After Dumbledore’s death, Voldemort believed that Snape became the wielder of the Elder Wand. Lusting for the wand’s great power, Snape didn’t hesitate to kill Snape using Nagini brutally. However, the real wielder was Draco Malfoy, who used Expelliarmus against Dumbledore. The dying Snape releases his memories in the form of a teardrop and asks Harry to take them. From these memories, Harry sees Snape’s childhood memories, including his love for Lily Potter. The memories also included his life as a Death Eater and his attempts to protect Harry all these years.

Voldemort seemed invincible before the information about the Horcruxes was revealed. The Horcruxes were the key to defeating Voldemort once and for all. Voldemort would only die only by destroying all the Horcruxes. However, finding those wasn’t an easy feat. It could be any object or anything, something that is hard to recognize as a Horcrux. Voldemort had six true Horcruxes, including Tom Riddle’s diary that Harry destroyed in The Chamber of Secrets. The Dark Lord split his soul into eight pieces and transferred six of them into the Horcruxes. Additionally, Harry accidentally became his Horcrux when Voldemort attacked him as an infant. Voldemort himself has the eighth-part of his soul, making the eight different parts of his soul.

However, that’s not the worst thing. Creating Horcruxes is Dark Magic for a reason. It requires the sacrifice of one person per Horcrux. Tom Riddle started preserving parts of his soul in his diary even before discovering the Horcruxes. He split his soul into six parts. After that, Tom reads a book from the restricted section of Hogwarts library and learns about the Horcruxes. He convinces Horace Slughorn to teach him about it. We can only imagine his cruelty who, even as a child, didn’t flinch at the idea of killing people. Voldemort became the only person in history to succeed multiple Horcruxes successfully. 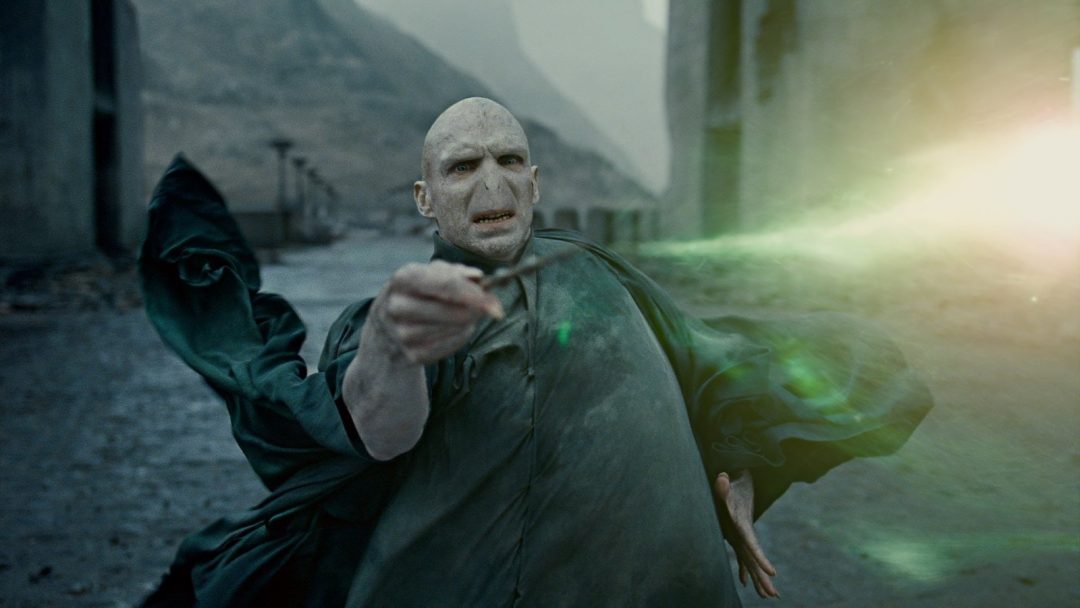 Voldemort was the most feared Dark Wizard in history. The world never saw such an evil entity that had no humanity whatsoever. He started the First Wizarding War killing several wizards and creating widespread panic and chaos. The war continued for eleven years and ended after his defeat during his attempt to kill Harry as an infant. The worst thing was his creation of an army of Inferi. Killing people was bad enough, but using their dead bodies to create an undead army with Dark Magic was downright sinful and immoral. Voldemort used a Necromancy spell to use the dead bodies of the people he killed, including muggles and wizards. The inferior is similar to a zombie, an army of the dead with no fears and weaknesses.

The Second Wizarding War happened during the Deathly Hallows movie. The war was unavoidable ever since Voldemort’s resurrection in the Goblet of Fire. However, for some reason, Voldemort did not use the inferior. He started the Battle of Hogwarts, killing many people, including Fred Weasley. The Battle eventually ended with the destruction of all Horcruxes and Voldemort’s death.