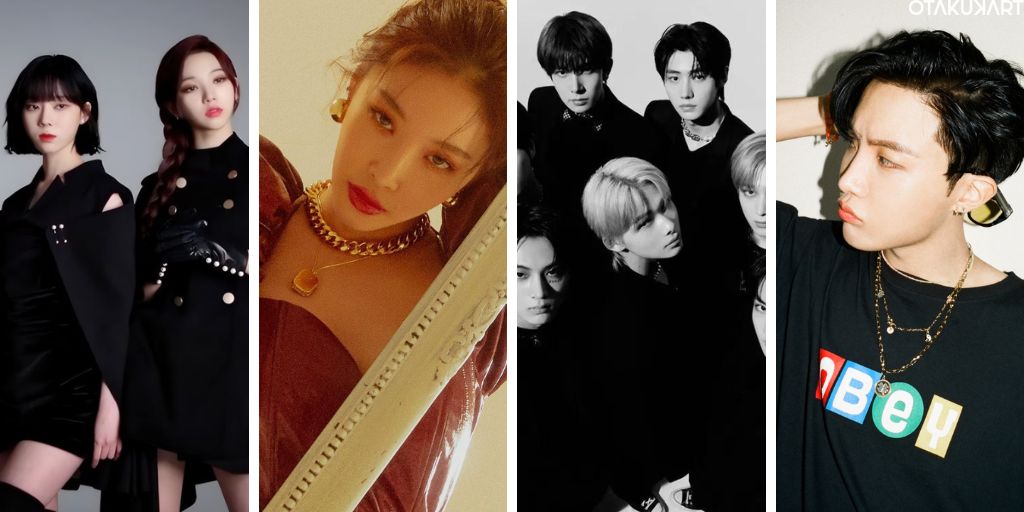 The month of July is full of exciting comebacks as well as debuts in store for fans! The month had started off with a surprise pre-release to their second extended play, Girls. Later on, they even released another pre-release named Life’s Too Short. Moreover, former IZ*One member Jo Yuri made a comeback with Love Shhh. Not to mention, BTS made their much-awaited comeback with the emotional song Yet to Come. The band also announced that they will be taking a break from group activities and will be focusing on their solo releases. On the same day as BTS, Stray Kids made their Japanese comeback with the fun song Circus.

We also saw artists like Wonho, Seo In Guk, Dawn, The Boys, Kep1er, LOONA, Youngjae, Kard, Sorn, Huta, and Sunmi. The K-pop scene even brought in new monster rookies Class:y and Lapillus this month, and we finally got a TWICE member, Nayeon debuting solo. Not to forget, K-pop fans even got awesome collaborations like Charlie Puth and Jungkook’s Left And Right, IVE’s Yujin, Kang Daniel, and Yuna Kim’s Move Like This, B.I and Chuu’s Lullaby, and Oh My Gil, IVE and CRAVITY’s Blue & Black. Talking about the K-pop Comebacks and Debuts that will take place in June 2022, there would be no reason for you not to be excited for them!

Note: The July 2022 K-pop Comebacks and debuts are arranged in chronological order.

After GOT7’s OT7 comeback, Mark is making a return to his solo career. He will be releasing a new single named imysm on 1 July at 12 am EST. imysm translates to I miss you so much. 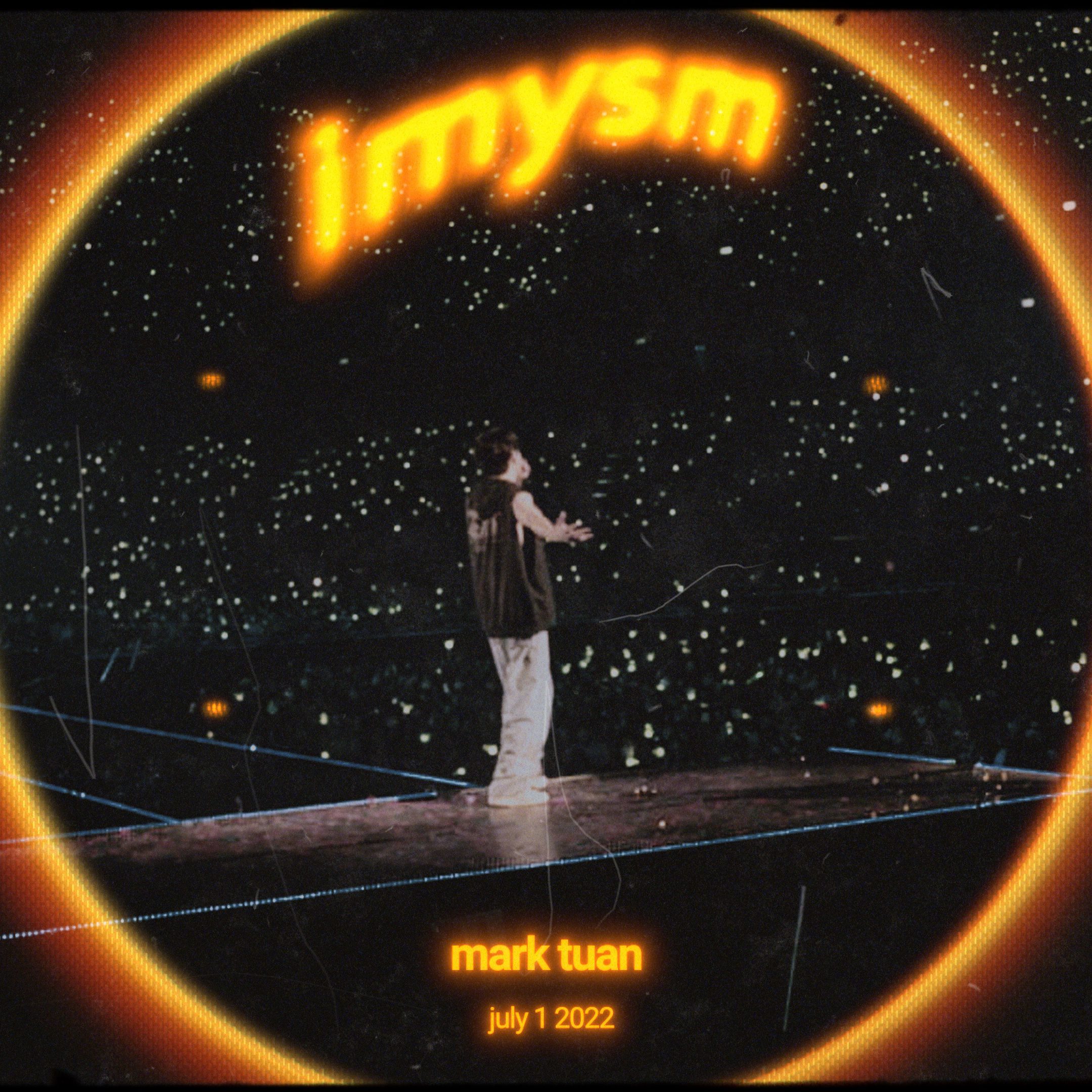 Another popular K-pop artists that are in the lineup of the July 2022 K-pop Comebacks and debuts lineup are the Enhypen boys. Enhypen will be releasing their third extended play, Manifesto: Day 1 on 4 July. The album will have six tracks – Walk the Line, Future Perfect (Pass the Mic), aka the lead single, ParadoXXX Invasion, TFW (That Feeling When), Shout Out and Foreshadow. Enhypen’s Manifesto: Day 1 will be released on 4 July. 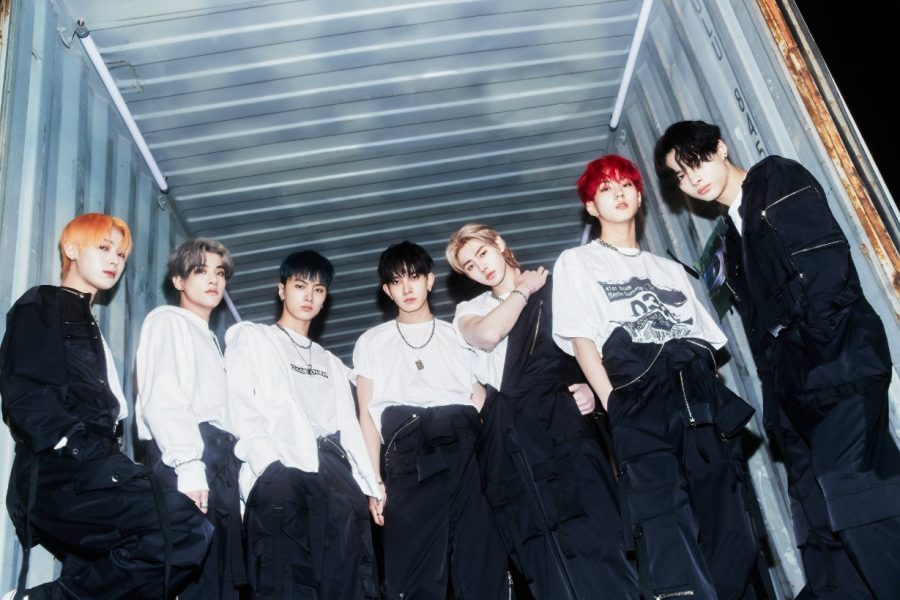 To fans’ happiness, the boy group Winner is also a part of the July 2022 K-pop comebacks and debuts. The boy group had gone on a hiatus since the members had enlisted in the military. After all the members returned from the military, YG Entertainment confirmed that Winner would be releasing their fourth extended play, Holiday with I Love U, as the lead single. The group is to make their comeback on 5 July. 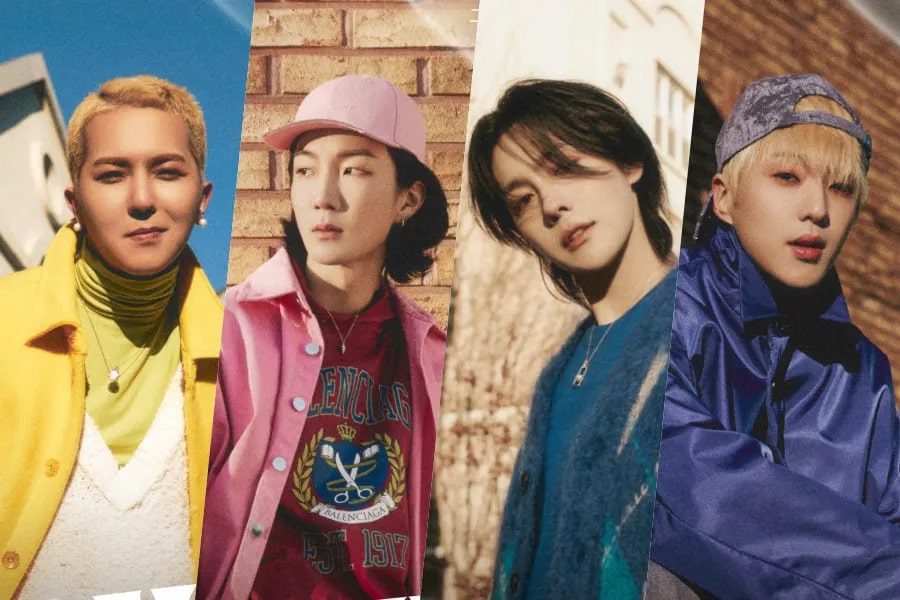 I Love You Poster

After celebrating their win in Queendom Season 2, WJSN, aka Cosmic Girls, announced that they will be making their comeback. On 5 July, WJSN will be relating their special single album Sequence, which will have four tracks – Last Sequence (the title track), Done, AURA (CD only), and Dawon and Yeonjung’s Stronger. 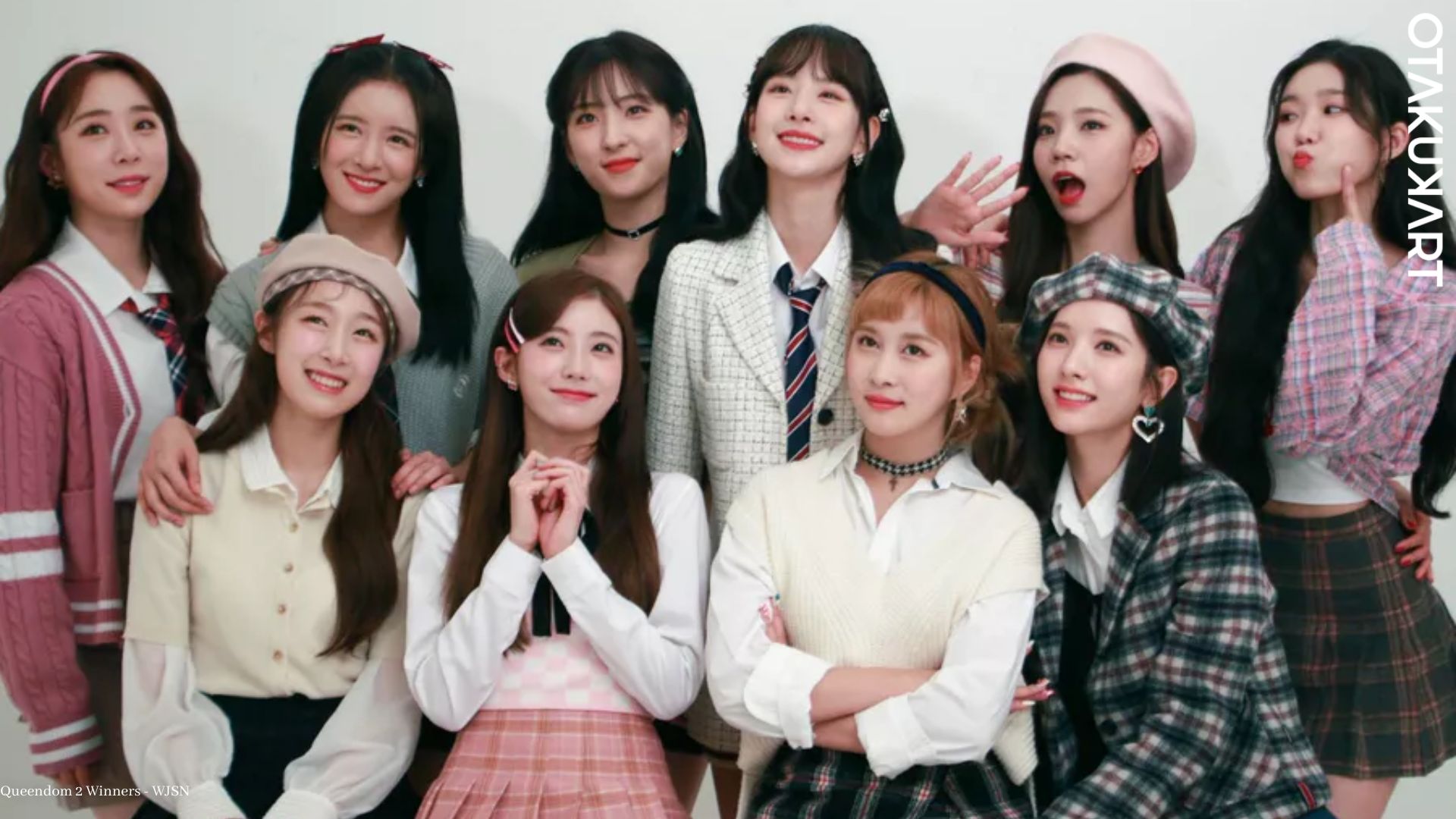 VIVIZ will brighten our summer even more with their comeback with their second extended play, Summer Vibe, on 6 July. Summer Vibe will consist of Loveade (the title track), Siesta, Party Pop, Love Love Love, #Flashback, and 춤. 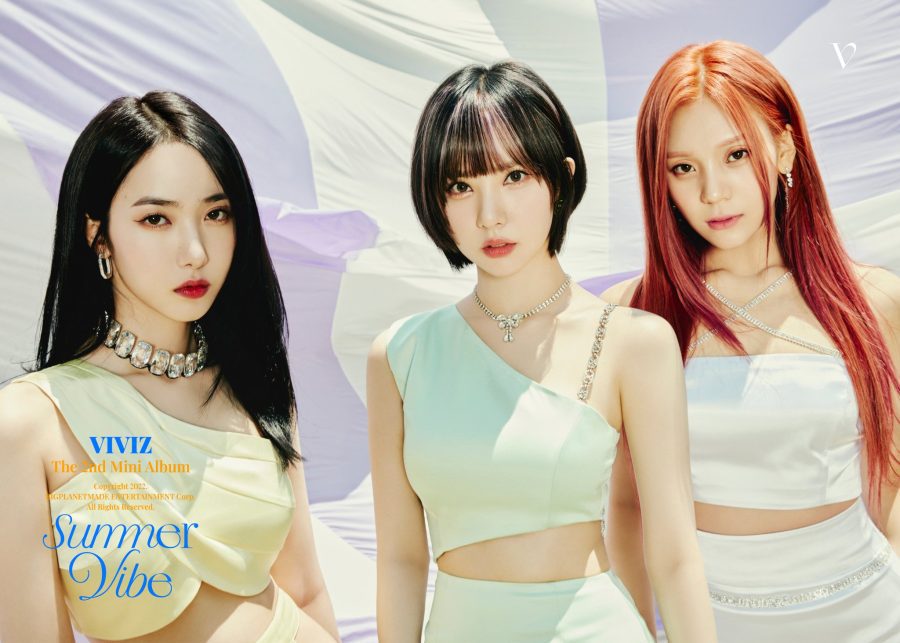 REDSQUARE, after rebranding themselves, will be debuting as IRRIS. The girl group is set to make their debut on 6 July with the mini-album Wanna Know. Wanna Know will have the title track of the same name, Bye Bye, Stay With Me, and Wanna Know (Inst.). IRRIS’s debut is unarguably one of the most thrilling debuts in the July 2022 K-pop comebacks and debuts lineup. 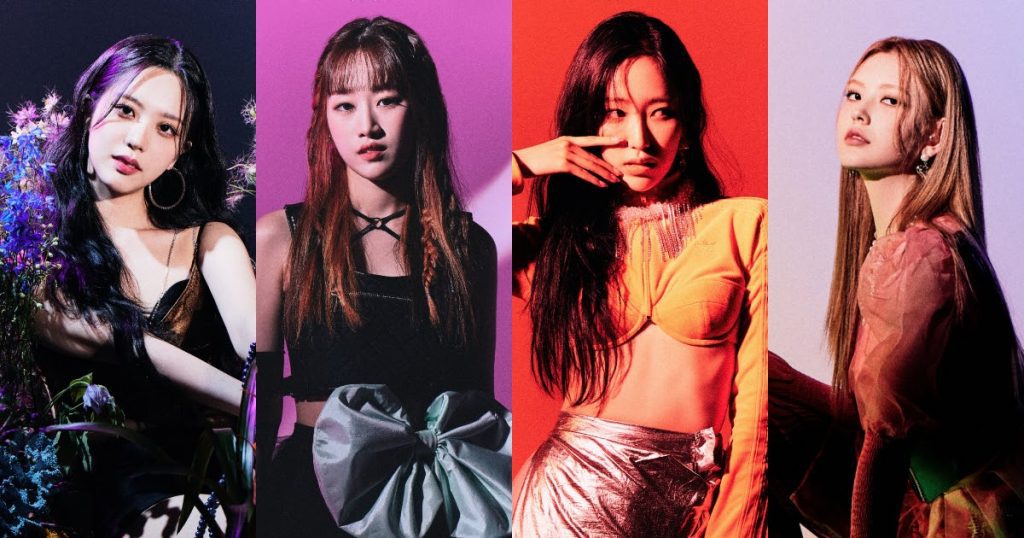 Aespa has been ruling over the year since the beginning. Already releasing two pre-releases (Illusion and Life’s too Short), the girls will be releasing their second extended play, Girls , on 8 July. Girls will contain their previous releases like Illusion, Life’s Too Short, Black Mamba, Forever and Dreams Come True , and new tracks Girls, Lingo, and ICU. Girls will be released on 8 July. 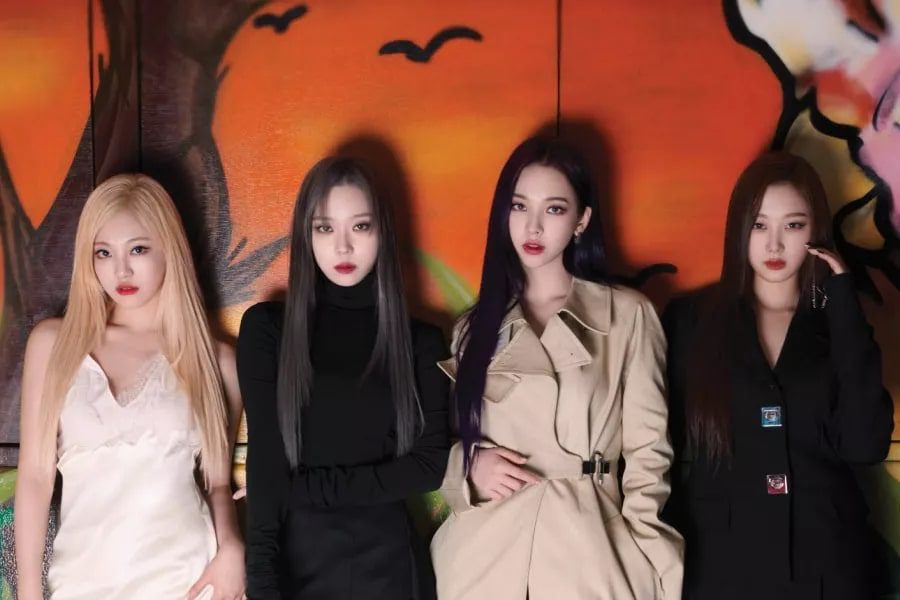 Queen Chungha is a part of the July 2022 K-pop comebacks and debuts lineup! She will be releasing the first part of her second full-length album, Bare & Rare, on 11 July. 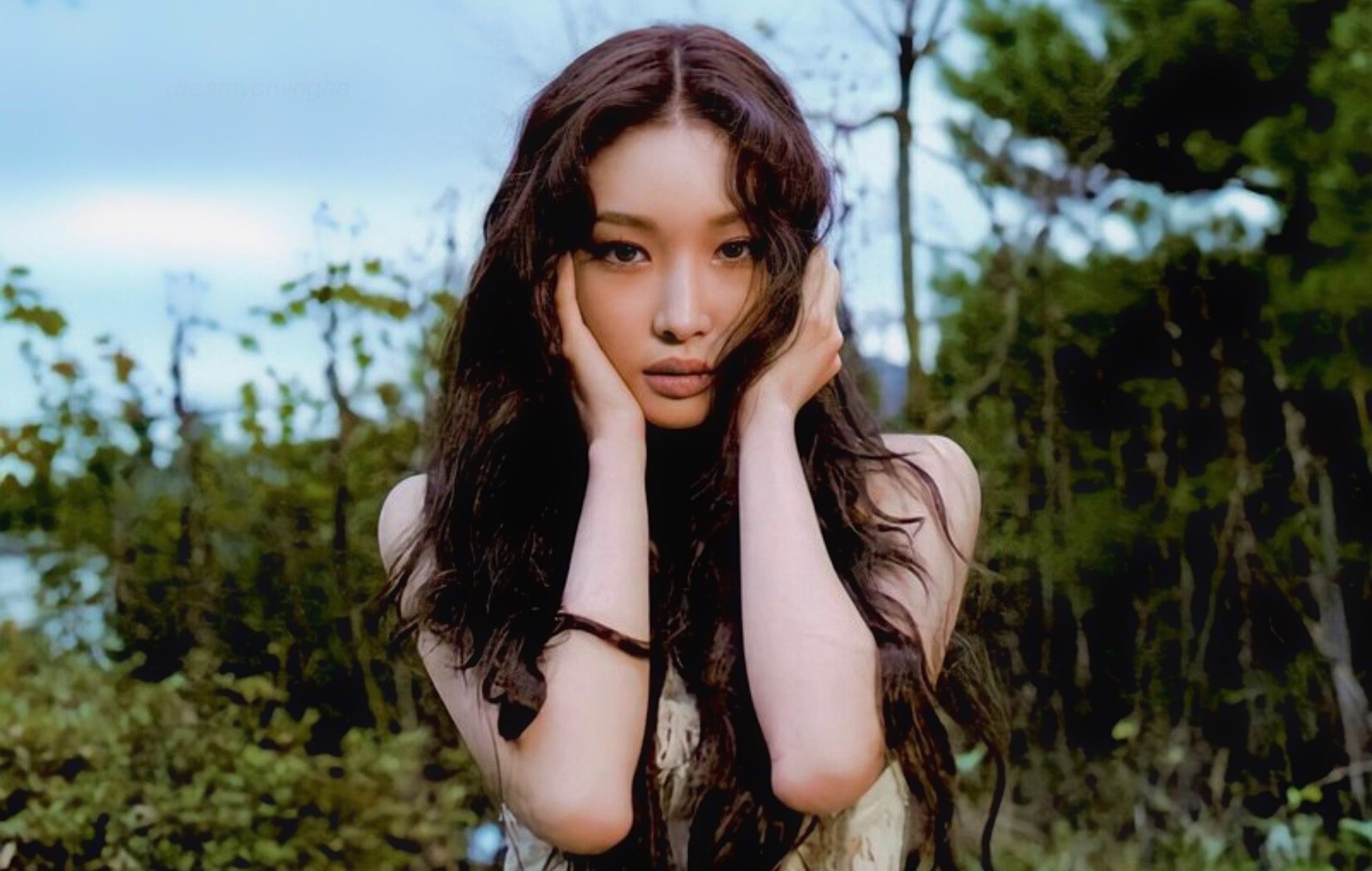 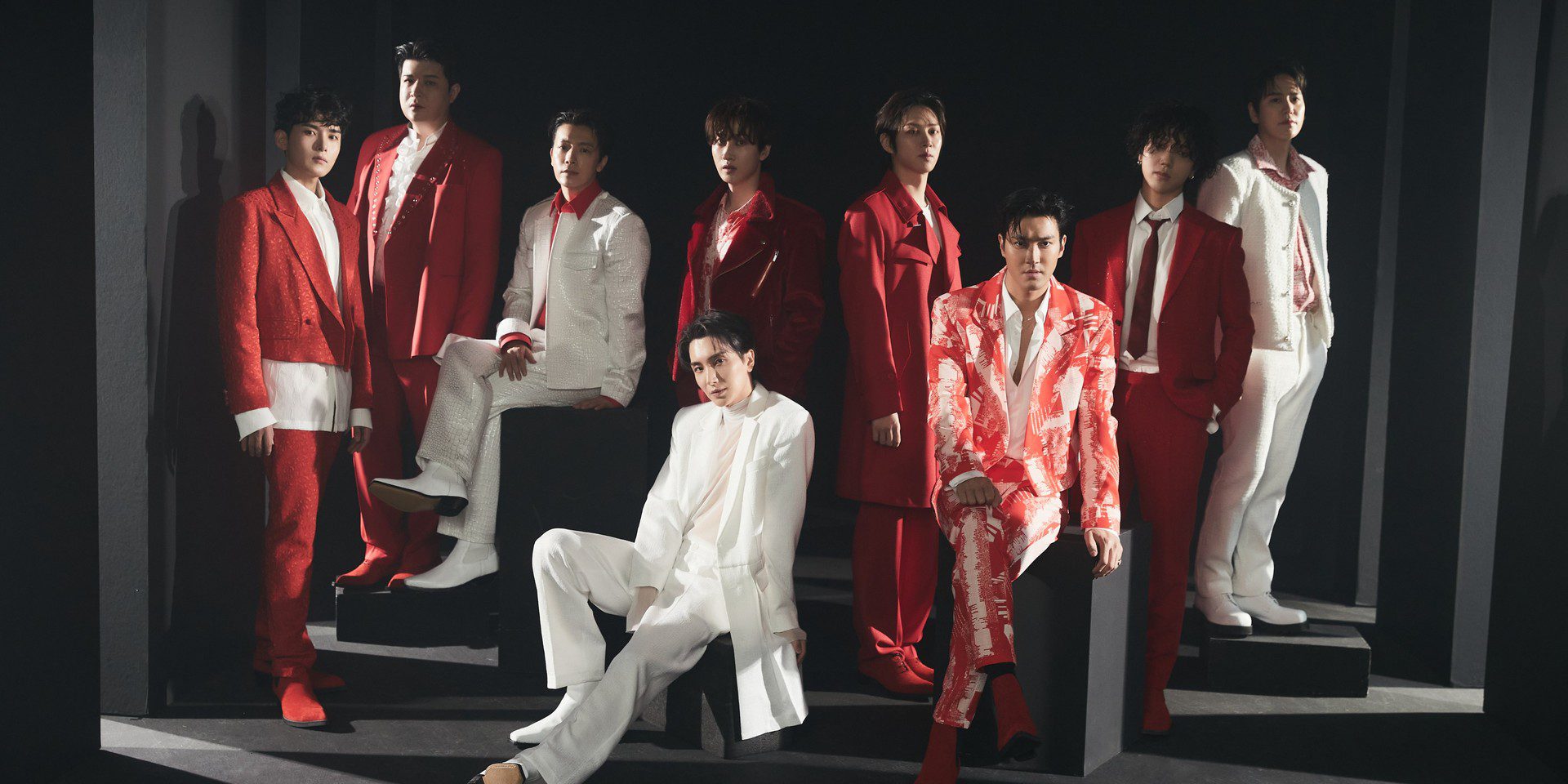 The Road: Keep on Going poster

One of the K-pop debuts to look forward to in the comebacks and debuts lineup of June 2022 is the debut of APINK’s sub-unit consisting of Chorong and Bomi called ChoBom. ChoBom will release its first single album with Copycut on 12 July. With Copycat serving as its title track, the single album also consists of Oscar and Feel Something. 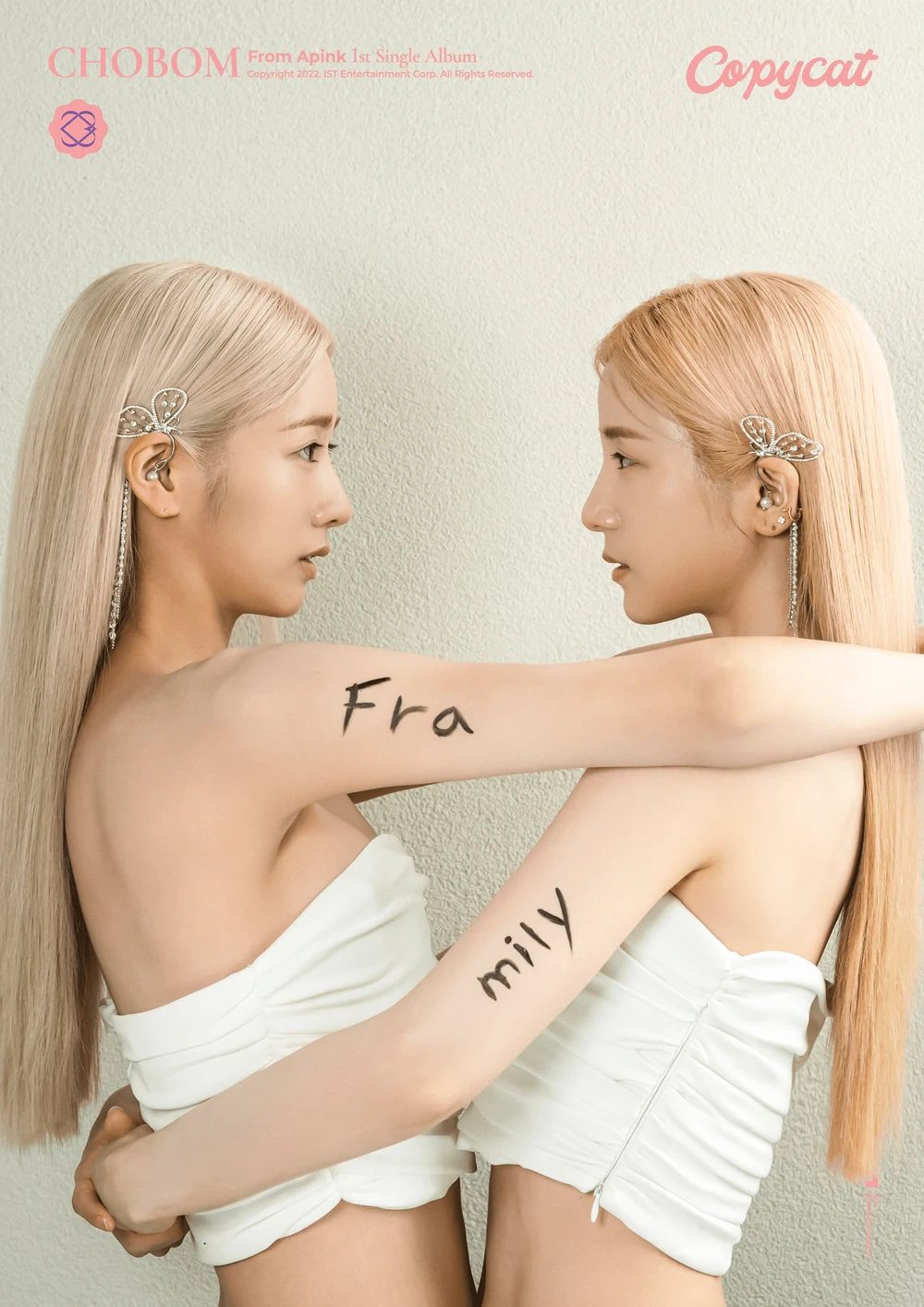 HYBE announced that the first BTS member to make a solo comeback is the group’s main dancer J-Hope. J-Hope will be releasing his debut solo album Jack In The Box on 12 July. He will be pre-releasing a track named More from his album on 1 July. Once you listen to his solo songs, you might find out why there is a lot of hype around his return! 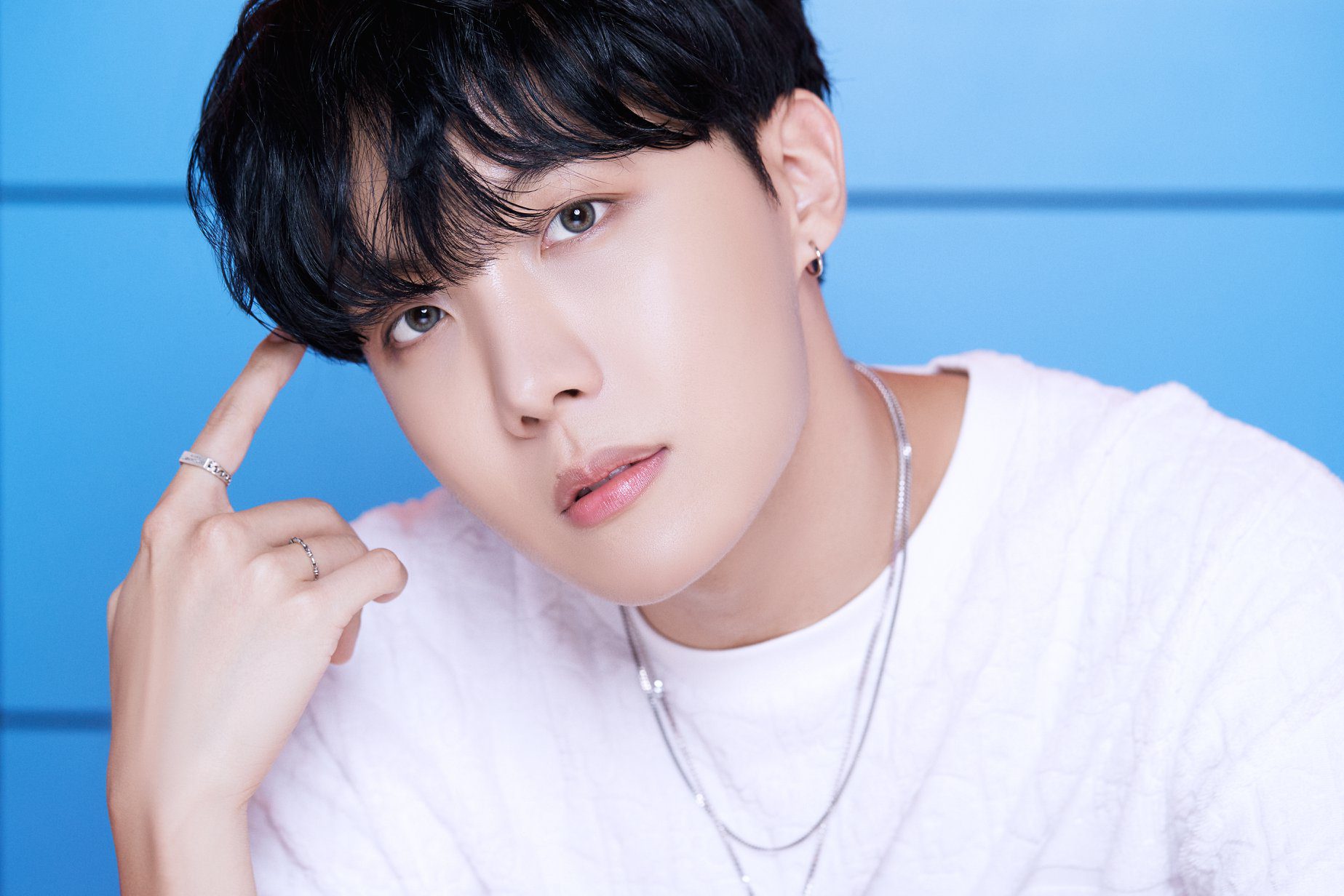 The fourth-generation boy group SF9 will also be making its return with their eleventh extended play, The Wave OF9 on July 13. However, the lead vocalist of SF9 Rowoon will not be participating in the promotions of the group. Meaning that he will not perform and go to shows with the group to promote their new comeback song. 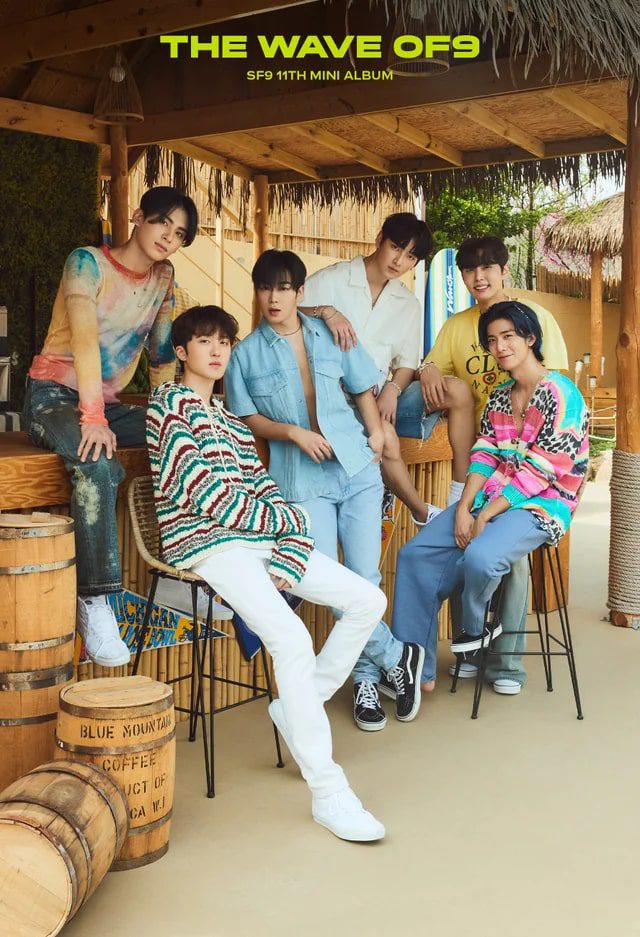 The Wave Of9 Poster

ITZY is all set to release its fifth extended play, Checkmate, and also go on a world tour of the same name. Checkmate will be released on 15 July with the title track of the same name. The physical album will be released in six different versions, one of which will be a limited edition. ITZY truly is making us scream with excitement by being a part of the July 2022 K-pop comebacks and debuts. 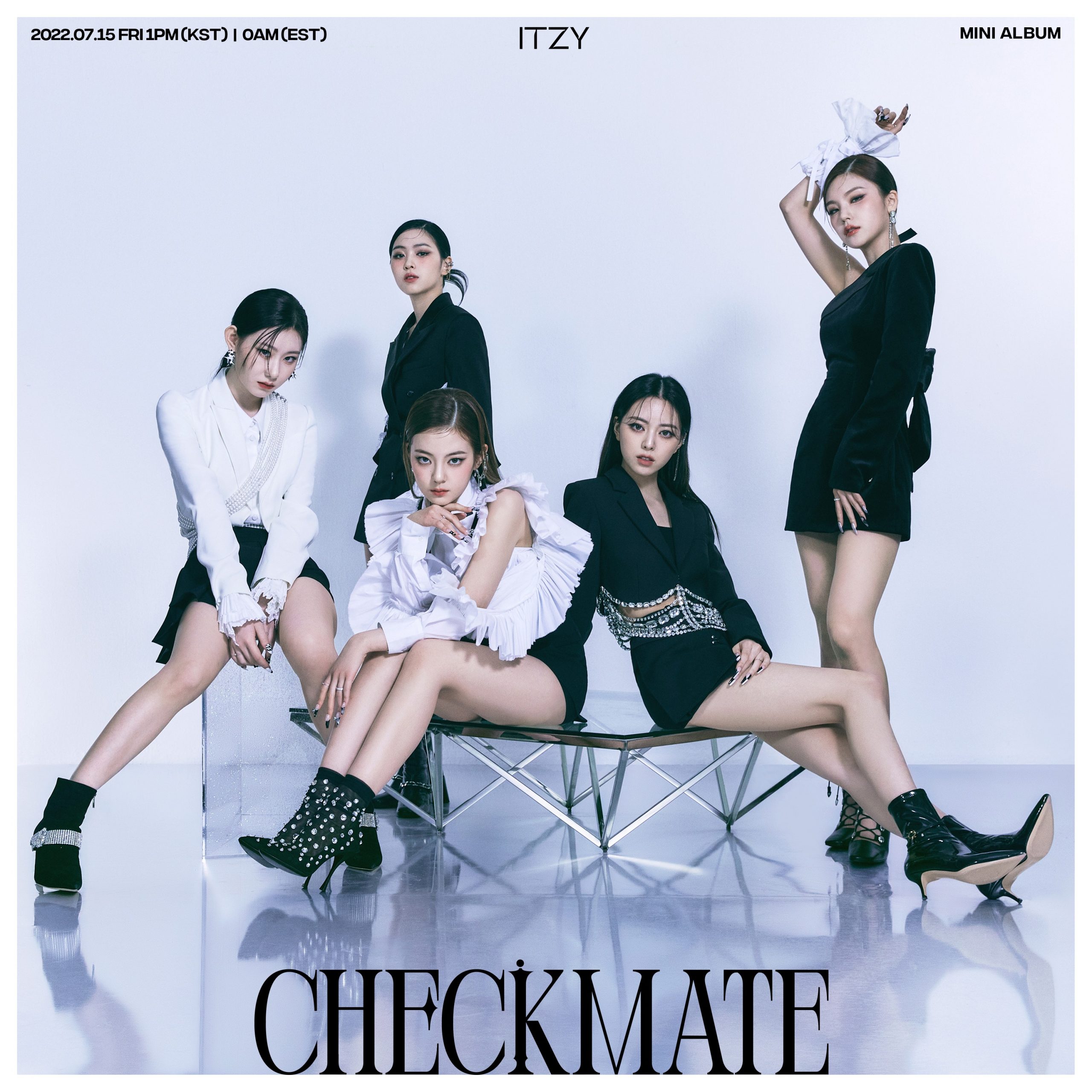 Hyolyn had wowed us all with her performances in Queendom 2 and will impress us once again with her upcoming comeback. The K-pop soloist will be releasing her third extended play with Waka Boom as the lead single. Waka Boom will be released on July 18. Seventeen has been quite busy this year. They did a fan meeting in Caratland, released the English digital single Darl+ing, their fourth studio album Hot, released their first film Seventeen Power of Love: The Movie, and also announced an upcoming world tour. Seventeen will be making a comeback next month with a replaced version of their fourth studio album, Sector 17. Sector 17 will be released on 18 July. Seventeen makes us even more eager for the already awesome lineup of July 2022 K-pop comebacks and debuts. Consising of six members- Nayu, Hana, Ara, Rona, Ririka, and Elva, ILY:1 made its debut on April 4, 2022 with its single album Love In Bloom. Their agency FNC Entertainment confirmed that the girls would be making their comeback with their second single album Wue Sera Sera. Que Sera Sera will be released on 19 July. From the looks of the teasers and posters, we already know that the song will be a bop! Xdinary Heroes is the newest boy band in town and was made by JYP Entertanetainment. They had hinted at their first comeback since their debut with the teaser named Xdinary Heroes Awakening. They created even more hype for the rumored upcoming comeback with a new teaser titled How to enjoy ♭form with Xdinary Heroes. Finally, they announced the date of Xdinary Heroes’ first comeback. The boy band will be making a comeback with their first mini-album, Hello, World! on 20 July. Hello, World will have five tracks – Test Me (the title track), Knock Down, Sucker Punch!, Strawberry Cake, and Test Me (Inst.).

The members of TWICE had been busy breaking records here and there, all around the globe, ever since 2022 started. The girls have been rumored to make a Japanese comeback on 27 July. TWICE’s schedule had been filled with their world tour concerts, and the eldest TWICE member, Nayeon, made a blast with her solo debut with Pop. Other than the given artists, many more are rumored to be a part of the July 2022 K-pop Comebacks and debuts lineup. Everglow, Blackswan, T.O.P, V, RM, Suga, Jungkook, Jimin, Jin, Sandara Park, Jackson Wang, HyunA and Mijoo is one of them. Plus, Bebe Rexha and ITZY’s new collaboration song, Break My Heart Myself.