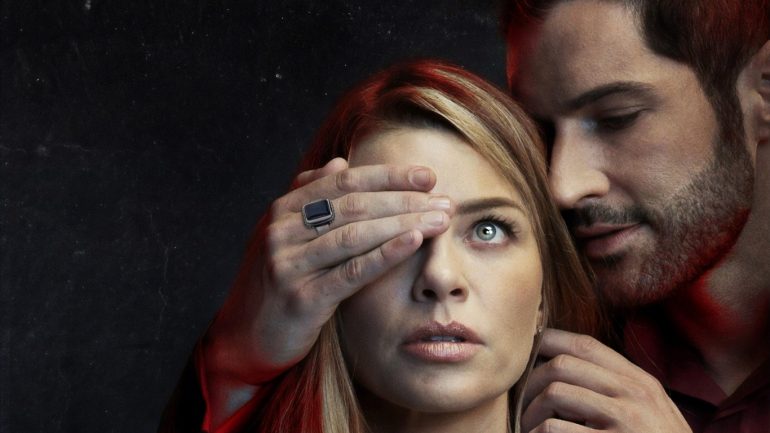 10 Best TV Shows To look Out For In The Month Of August 2020 : Best From The Rest Edition

Streaming services are growing day by day, now we plenty of new content to binge this month. August is also a month of the last season of a few series. The complete list of best shows is available here, but we’ve broken it down into easy-to-read categories. The list is broken down into three categories: animation, comedy, etc. From Netflix To peacock, all the best shows are compiles in this article.

The horror-drama show will premiere at HBO on August 16th, and fans of the dark fantasy side of the entire fiction genre will be excited to see the teaser. Lovecraft Country is one of the shows from HBO that looks promising and is one of those shows that can also be related to the current scenario.
The drama follows Atticus Black (Jonathan Majors) and Letitia Dandridge (Jurnee Smollett-Bell) as they travel through Jim Crow America to combat racism and horror.

Lucifer is fantasy series adapted from the pages of the comic book published by DC Comics and till now there are four seasons of this hit show which are available to stream on Netflix. Season 5 will be out on August 21 which will feature Lucifer’s even more wicked twin brother Michael, who is also played by Tom Ellis but without the sweet British accent. Michael comes to Los Angeles when Lucifer is still stuck in Hell and insinuating himself into the lives of Chloe (Lauren German), who is desperately lacking Satan, and the rest of the worldly loved ones of Satan.

It is a series that is an animated expansion to the Star Trek universe which is targeted towards the adult audience. The series developed for CBS All Access by Mike McMahan.and headed by executive producer Alex Kurtzman.Star Trek: Lower Decks centers on the “service team working on one of Starfleet’s least significant ships” in the year 2380.

The childhood mates Jamie (Mel Giedroyc) and Fran (Sue Perkins) are struggling to find their way into the future by depending on each other. We just like to murder people for a living, too. Driven by their shenanigans and childish bickering, any task must eventually be disrupted, taking them to strange misadventures, full of strange-ball characters and unforeseen challenges.

This post-apocalyptic Danish thriller by the writers Jannik Tai Mosholt, Esben Toft Jacobsen, and Christian Potalivo takes place six years after the industrialized world has succumbed to a deadly virus spread by radioactive, contaminated mud. Siblings Simone and Rasmus survived against all odds while living in a cave, and they return to the planet in search of their biological father to discover the rain that destroyed almost every trace of human life in their native Scandinavia. They will shortly be replaced by another young group of refugees who will face the destruction and risks of the planet together.

What if the washed-up Peter Parker from New Girl’s Nick Miller / Into the Spider-Verse was a high school basketball coach who was working a lot? That’s the idea of Hoops, the adult animated comedy show, and frankly, that’s what we need to advertise, because we think Jake Johnson is awesome. J J.J. Lends its voice to this show founded by Ben Hoffman and developed by Phil Lord and Christopher Miller as director. Natasha Leggero, Rob Riggle, Cleo Leader, Ron Funches, and A. D. Miles lend their hands, too.

Five Bedrooms tell the tale of 5 distinct people from various points in their lives. We bond as they’re alone together at the singles table at the reception. Following a couple of too many beers, the answer to all their concerns seems to be renting a home together, a five-bedroom apartment.

Mike Ferro is a Blue collar one day when he was riding on a train and suddenly a bomb hits the Los Angeles subway train. Now he just wants to make sure his wife, Allison, and his 10-year-old daughter, Pearl, are alive. Yet the distorted evidence on the ground and “tweet-now, confirm-later” coverage create a nightmarish picture: it appears to the entire community that Mike was responsible for the horrific crime. Misleadingly — and very publicly — accused, Mike will show his innocence by uncovering the real perpetrator so the prominent cop in charge of the case can be charged.

In the fourth and final season of this smash-hit Brazilian Netflix Original Science Fi show, 3 %, It takes the final blow. In a near-future country in Brazil, only fortunate few are able to enter the wealth of the “Offshore” community after the harsh initiation process has been completed and only around 3% of the population completes. That’s the basis, but like any other good post-apocalyptic story in the years since its 2016 debut, three percent of the population grew and evolved in the final season.