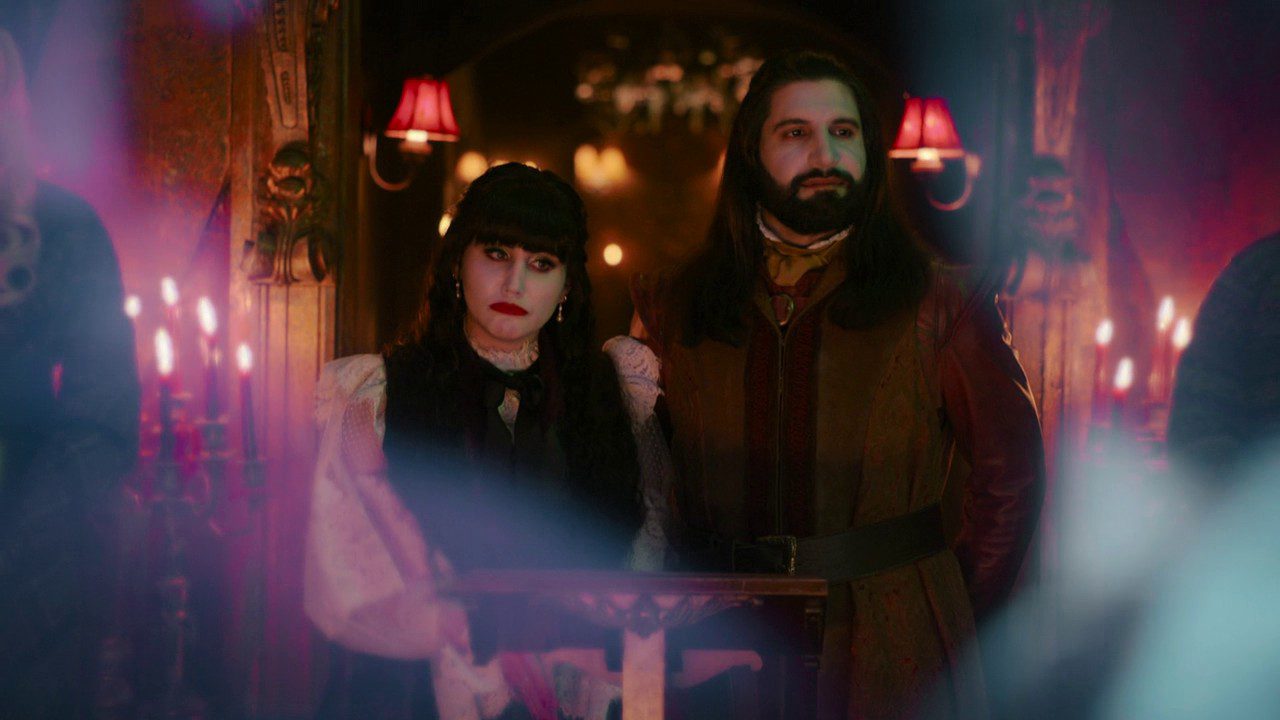 What We Do In The Shadows Season 3 Episode 7 may bring us another chase much like The Sire gave us recently. Yes, someone from the house has once again decided to run away for a reason or two. Anyway, so recently on the show, Nandor and Nadja probably saw the worst thing at the Vampire Council Headquarters happening. Something they were warned right at the moment they walked into the headquarters the first day. So here is the thing, they let the world’s first vampire go. This means if he dies in this new world he is seeing, all the vampires in the world die as well.

Guillermo had a chance to prove his importance among his vampire friends. Last season, he had to part ways with them when he decided to hide the fact that he is a Vampire Hunter. They eventually found out and things weren’t good. But friends forgave him but Guillermo still had a lot to prove. So this was it as he was finally ready to transition from bodyguard to leader as the only Vampire hunter who can track The Sire down. Here is a complete breakdown of what went down and what we can expect from What We Do In The Shadows Season 3 Episode 7

What We Do In The Shadows Season 3 Episode 6 Recap

Previously on What We Do In The Shadows, we opened up with a glimpse from the past. The time when Guide lady warned of not opening the door of world’s first vampire who was locked inside. They call them The Sire. Back to present at the Vampire Council Headquarter, Nandor realizes Sire has run away. Now if he dies, means the rest of the vampires in the world dies at the same time as well. While everyone worries, Laszlo realizes it’s Baron who made him and his wife Vampire. If he dies they die. This reminds him of the fact that they buried Baron in the backyard. 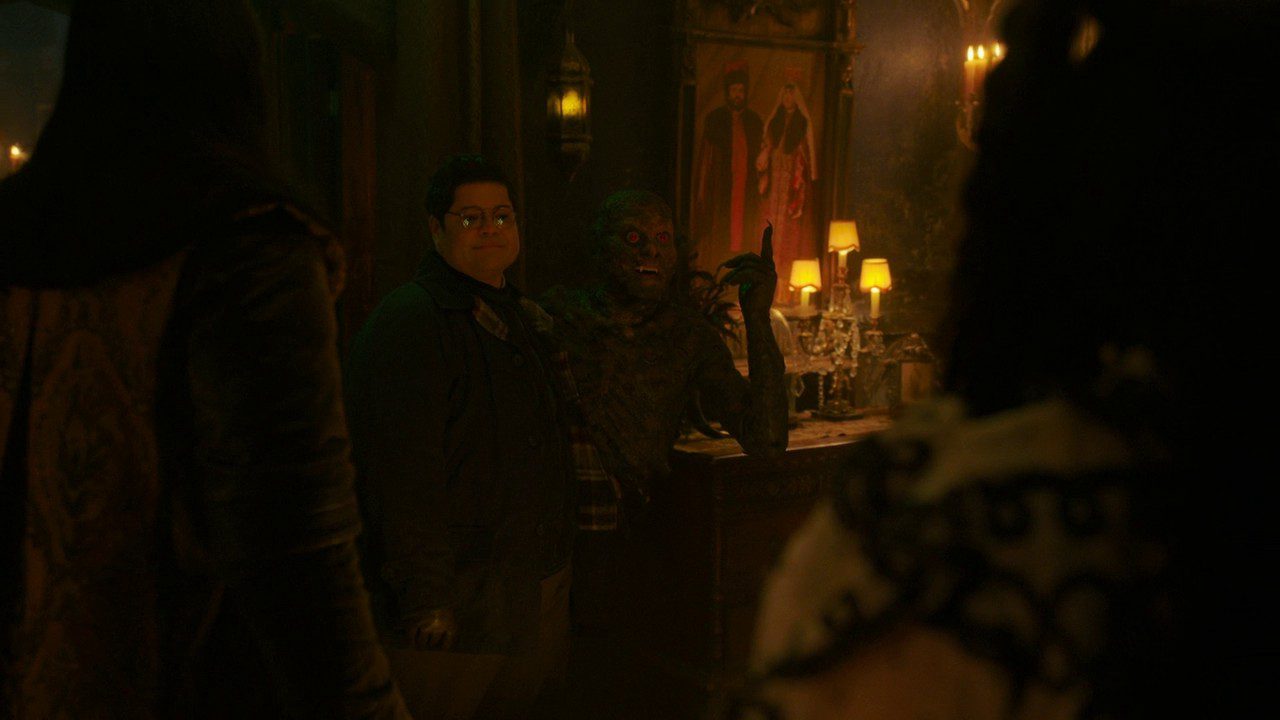 Colin and Laszlo dig Baron out and he is pretty much alright since then. He has managed to survive with half of his body gone and one hand working. Nandor meanwhile lets the vampire society’s reporters know about The Sire’s disappearance which turns out a terrible idea. Meanwhile, Guillermo is worried about the idea of Baron’s returns. Since he was the one who killed him in the first place. Luckily Baron was high enough to not remember what happened.

So as every Vampire panics, Guillermo realizes it’s his chance to get to the top again. So he asks for promotion from bodyguard to leader of the Vampires. Especially with the fact that he is a very skilled Vampire hunter. So he divides the team as they hunt for The Sire began. Nadja and the guide lady meet the City’s Watchers believing they may have seen The Sire. 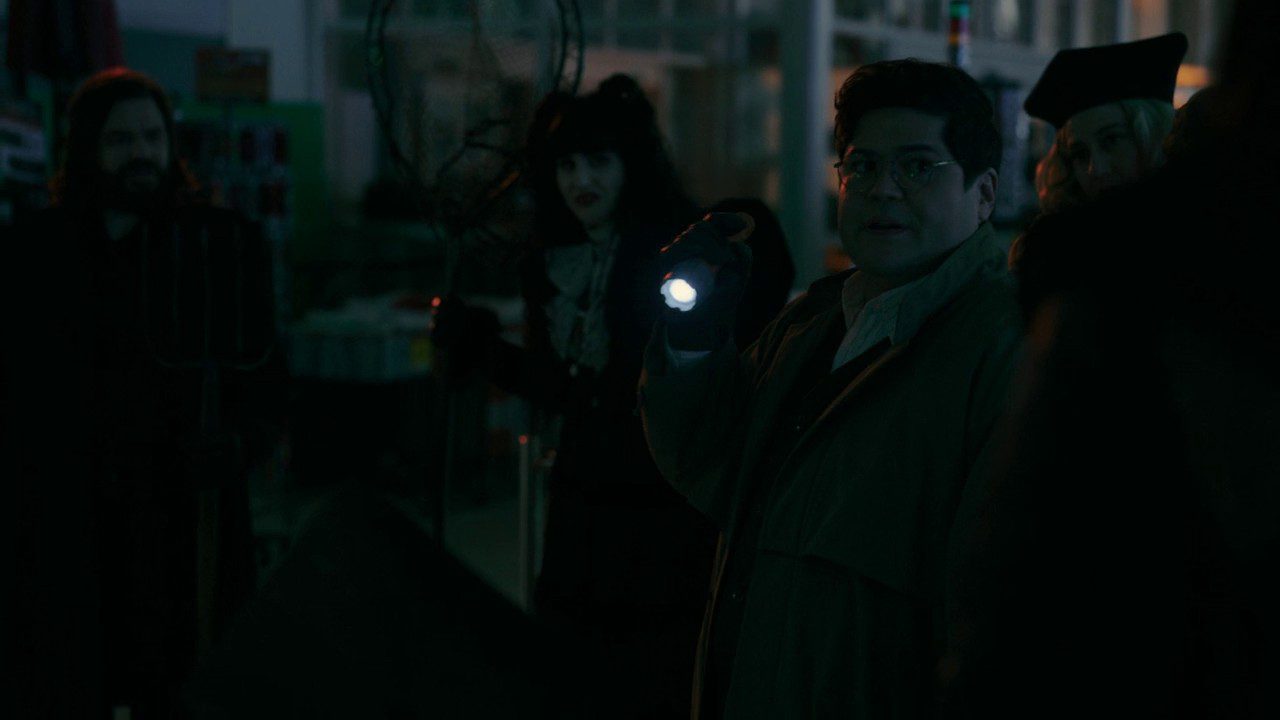 What We Do In The Shadows Season 3 Episode 6 Featuring Guillermo, Laszlo, Nadja, and Guide Lady

It was a matter of time, Guillermo and the Vampires comes across a vampire piss. He suggests the direction The Sire may have gone. This leads them to a supermarket. Vampires are scared but after a tough talk from Guillermo they all head in. They find The Sire but it takes Guillermo to be the bait again to capture him. When even that fails, Guillermo realizes Baron can speak The Sire’s tongue. So Baron manages to calm The Sire down. The episode closes with Baron, The Sire, and Hound becoming friends for life.

What We Do In The Shadows Season 3 Episode 7 is releasing on October 7, 2021. It is titled, “The Siren”. The official synopsis of the episode says that two travelers will found themselves shipwrecked while a doll from the house runs away. At this point, we don’t have an idea if these two travelers are one of our own Vampires or Colin or Guillermo. Probably, completely two new people dropping by in the show.

Also, where would the doll from the house lead the Vampires is another thing to look at. Let’s hope not another chase like The Sire gave us recently. Apart from all of this, it would be great to see where Guillermo’s position lies after promoting himself as a leader in the previous episode. Also his relationship with Baron as well. Lastly, the next big decision that Nadja and Nandor take as part of the Vampire Council.