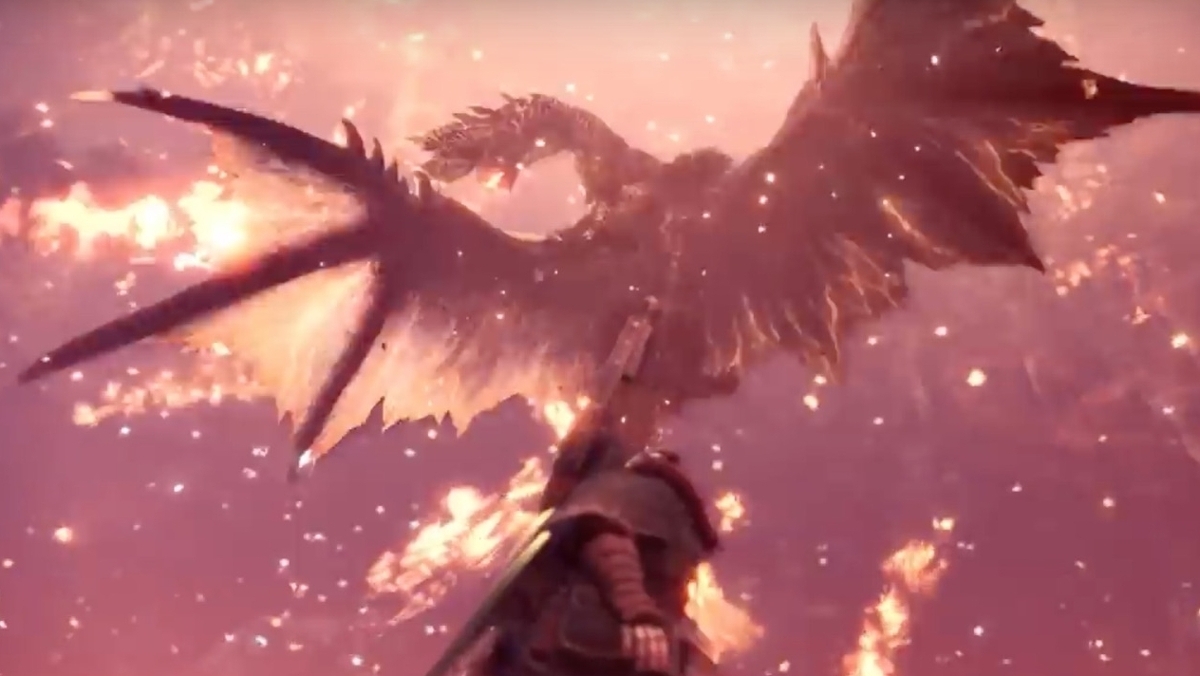 In recent news, Capcom has today officially announced that the Monster Hunter World Iceborne had delayed its release of Title Update 4, which was all set to release in May. They have also announced the addition of a new monster, Alatreo. Continue reading this article for exciting details of this new monster and more about the delayed update.

The new update, which was called “Title Update 4,” was all set to release next month in May 2020 but has since been delayed indefinitely due to the ongoing coronavirus pandemic. However, the disheartened fans do have something to look forward to with new additions to the game coming up!

The update, which includes a lot of new features for the is also reintroducing a favorite fan monster – Alatreon, an Elder Dragon that was originally introduced in Monster Hunter 3. This means a whole new set of weapons and armor based upon the elementally unstable Blazing Black Dragon.

Above is the trailer for the Alatreon!

“UNFORTUNATELY, CORONA VIRUS (COVID-19) related impacts on production have made it necessary to postpone the release of the fourth free title update for Monster Hunter World: Iceborne. Voice over production for the Italian, Spanish and French language version have also been affected, and will be replaced with simplified recordings”

This message has given the fans not to lose heart at the delayed update but to be excited for all that Capcom has in store for the eventual release!

When is the Alatreon Release Date?

As of now, there is no set date for the release of the new update due to the current global situation. However, Capcom has reassured its fans that they will be kept updated through social media, and the date will be released at the earliest when things seem to calm down a little bit.

They have sincerely apologized to their fans for this delay and understand how eagerly their fans were waiting for the introduction of Alatreon to the new world. There is some good news, though, as the updated roadmap suggests that all updates intended to release before the Title Update, four will continue to be released as per the expected dates!

This surely does give fans something to hold onto, and they can now play the two new limited-time event quests where they’ll be able to hunt down the Arch – Tempered Namielle as early as the 1st of May as of the most recent news!

What’s In Store For The Hunters?

Here is all you need to know about the Alatreon, the Elder Dragon from Monster Hunter 3, that is being reintroduced in the latest update!

Alatreon is elementally unstable and possesses control over the Dragon, Fire, Thunder, and Ice elements. When it is weakened, it will fly high into the sky and rain down ice crystals. Alatreon will only use the ice and thunder elements while it is in the air. It is said that it has the power and abilities of all the Elder Dragons (Kushala Daora, Chameleons, Lunastra, and Teostra), but because it is elementally unstable, it is unable to harness that power.

They are very territorial, and that may be the reason that no other monsters live in the Sacred Land. Its advantage over most other monsters is that it attacks from the air and is very aggressive towards flying objects, mainly airships.

They are found in the Sacred Land in an area within the Volcano. When they hunt for food, they have access to any point in the Volcano and may even venture beyond the Volcano at times. They are also seen in the Ingle Isle. In the New World, they have been sighted in the Secluded Valley.

Fans can get ready for new weapons along with the reintroduction of this familiar dragon!