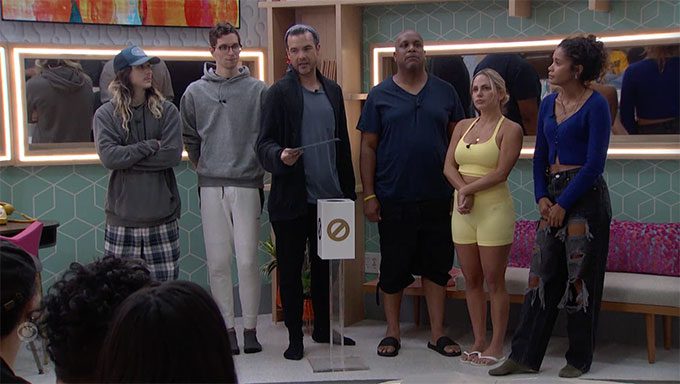 Big Brother Season 24 Episode 4 will see the first eviction of Big Brother 2022, but a mystery new Backstage Pass twist suggests that both the Houseguests and fans at home may be surprised by the outcome. Although the specific implications of the Backstage Pass surprise for the eviction are yet unknown, some fans have theorized that the two Backstage Pass owners who come in last in the public vote would have to compete with the Houseguest who was evicted to remain on the show.

In episode 3, the two eviction candidates competed in the first Power of Veto challenge of the season. Big Brother’s 24th season has officially started on CBS, running on Wednesdays, Thursdays, and Sundays with Julie Chen Moonves serving as host once again. 16 fresh Houseguests, including a bus operator, two lawyers, a private chef, a hypnotherapist, a Las Vegas singer, and a personal stylist, have started settling into the CBS Studio Center-based mansion this season, which has a festival theme. Nevertheless, one Houseguest will be evicted after a busy first week.

Before diving into Big Brother Season 24 Episode 4, let’s quickly do a recap of the previous Episode. In Episode 3, Michael starts looking for players for the Power of Veto and puts in a lot of effort. Furthermore, everyone ignores him. Therefore, he is aware that he must play and compete for himself.  F or the veto, Turner, Indy, and Ameerah competed alongside Michael, Daniel, and Terrance. 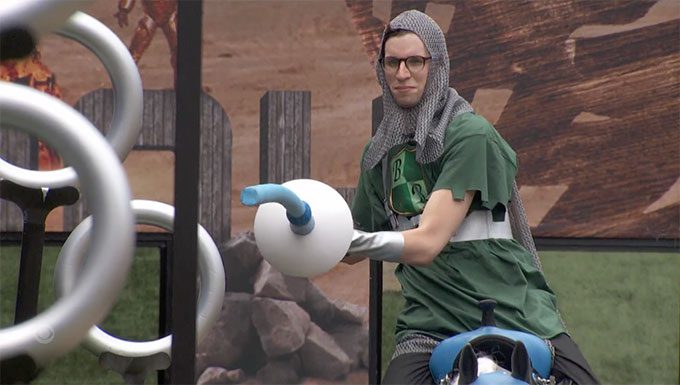 Before the veto competition, Michael delivers a solo motivational speech and even calls Janelle. When he asks “What Would Janelle Do?” he says that she would win the veto and then rejoice in the victory. Even Big Brother 7 Janelle from the time she won the very first veto of that season briefly appears in a ghostly flash. Now let’s see if he can succeed like Janelle in the competition. The players faced off in the first veto competition. The players competed for one after the other, two at a time. They just had to gather rings while riding a fake horse and fighting in a Big Brother version of the sport.

We start with Turner and Indy. Indy wins in the opening match, 5-4. Turner was removed. Next up are Terrance and Ameerah. Ameerah wins in the second contest, 7-2. Terence was removed. The next two are Daniel and Michael. Michael wins in this round with a result of 9-7. Daniel was removed. Indy and Ameerah are on the line in the following round. Ameerah triumphs with a 12-6 final score. Indy was removed. The final match features Michael and Ameerah. Michael finally wins after several rounds of ties and dedicates the victory to Janelle! Daniel is also quite dissatisfied. He was defeated by the other superfan, therefore he must now think of a substitute nominee. Now we will discuss when will Episode 4 of Big Brother Season 24 will release and what will happen in it.

Big Brother Season 24 Episode 4 will release on 14 July 2022 on CBS. Taylor Hale and Terrance Higgins are presently up for the very first eviction on Big Brother 2022. Michael Bruner was initially in danger after Terrance and he were nominated, but he was kept alive after obtaining the power of veto during week 1. Will the Backstage Pass shocker save Taylor or Terrance even though it appears like one of them would be sent home? 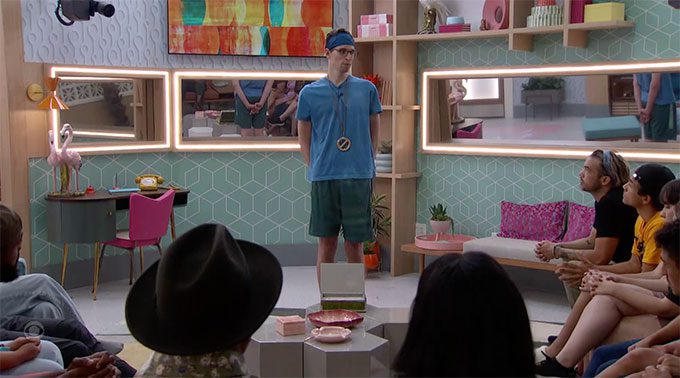 Episode 4 of Big Brother Season 24 will air at 9 pm PT on CBS. New episodes of Big Brother are released every Wednesday, Thursday, and Friday. If you have CBS on your TV then you could just tune in at the above-mentioned time. But, if for some reason you missed the Big Brother S24 E4 while it was airing live or you prefer Streaming Big Brother then there is a Streaming option available. You watch Episode 4 on Paramount+.

Along with the three weekly episodes, Paramount+ also offers a live feed of the Big Brother house that is accessible around-the-clock, allowing viewers to stay up to date on the activities of the Houseguests. Paramount+ can only be accessed with a membership. The Essential option costs $4.99 per month (or $49.99 annually), and the Premium option costs $9.99 per month (or $99.99 annually). Your local CBS station is included in the Premium package.