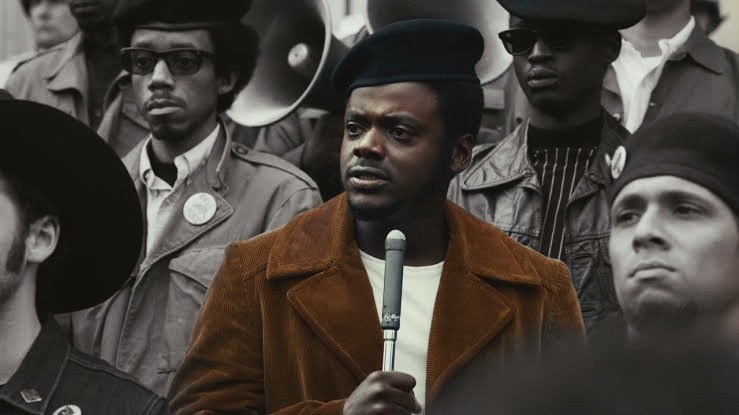 Directed by Shaka King, “Judas and the Black Messiah” is a biographical drama that contends with political, racial, and personal strife. The film boasts an impressive star cast of Daniel Kaluuya, Lakeith Stanfield, Martin Sheen, and Jesse Plemons. The film has received critical success owing to its remarkable performances and themes that ring true in contemporary times. The film simultaneously hit the theatres and WB’s streaming site, HBO Max, on February 12, 2021.

The film tells the true story of the betrayal of Fred Hampton (Daniel Kaluuya), chairman of the Illinois Black Panther Party, at the hands of Bill O’Neal, a car thief turned FBI informant. The FBI director J. Edgar Hoover (Martin Sheen) is a white supremacist, plotting to assassinate Hampton, who is seen as a black Messiah-like his predecessor Dr. Martin Luther King Jr. On the other hand, O’Neal is a compromised thief manipulated by his handler Roy Mitchell (Jesse Plemons) to infiltrate the Black Panther Party and become the Judas to Hampton’s Jesus. 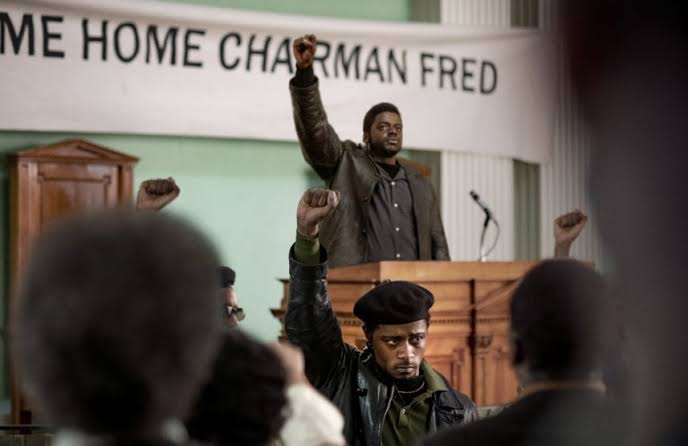 Daniel Kaluuya plays the real-life Fred Hampton, an American activist, and a revolutionary socialist. He was a Marxist-Leninist revolutionary leader, who quickly gained prominence and eventually became the chairman of the Black Panther Party, Illinois, Chicago. Despite being a young man, he was able to bring together several gangs and ethnically diverse cultural groups. Chicago, at that time, was rife with powerful street gangs and many other prominent groups that later became civil rights organizations. Hampton successfully brought together all these diverse groups and gangs and got them to make a non-aggression pact. This alliance was called “Rainbow Coalition”, due to its racially and culturally diverse constituents. The prominent achievement of this coalition was that Hampton was able to diminish internal conflicts and influence people to take it up with the rich and powerful. Daniel is brazen with the youthful, charismatic, and powerful candor throughout the film.

Daniel plays Hampton with commendable panache, delivering strong and felt words that justify the gifted oratory skills of the real-life Hampton. His speech after returning from prison is the highlight of the film. The crucial scene raises the stakes of the story and sets the stage for what’s to come later. The unflinching oratory performance is sure to leave the audience mesmerized and moved. The casting of Kaluuya as Fred Hampton has been noted to be slightly off because Fred Hampton was a very young man when he rose to prominent ranks in Black Panther Party and the national BPP movement. He was only 21-years old when he was raided by the FBI and killed in his bedroom. But Kaluuya’s incredible performance and devotion to the role make up for this issue.

A film of stellar performances

Former FBI director J. Edgar Hoover is the man behind the death of Fred Hampton and other influential black historical figures. He is played by a hardly recognizable Martin Sheen, perfectly embodying the hateful and racist person of Hoover. Although his screen time is relatively short in the film, Hoover’s actions are integral to the plot. Hoover was determined, both in the film and in real life, to prohibit significant black movements in America. He plans to assassinate the “Black Messiah”, Fred Hampton and seeks to paint the BPP as a revolutionary organization trying to overthrow the government. Martin Sheen does a tremendous job playing the infamous former FBI director, nailing the visceral loathe and hate he has for the blacks and the marginal.

Hoover directs and manipulates FBI agent Roy Mitchell – played by Jesse Plemons – to extract information about the BPP that incriminates them to be a militant group and a threat to the United States. Roy Mitchell plays an FBI agent who both manipulates O’Neal and gets manipulated by his immediate superiors and Hoover. He employs the car thief Bill O’Neal to infiltrate the Black Panther Party in exchange for dropping his felony charges. Mitchell often brainwashes and persuades O’Neal to penetrate the Black Panther ranks and get more intel. 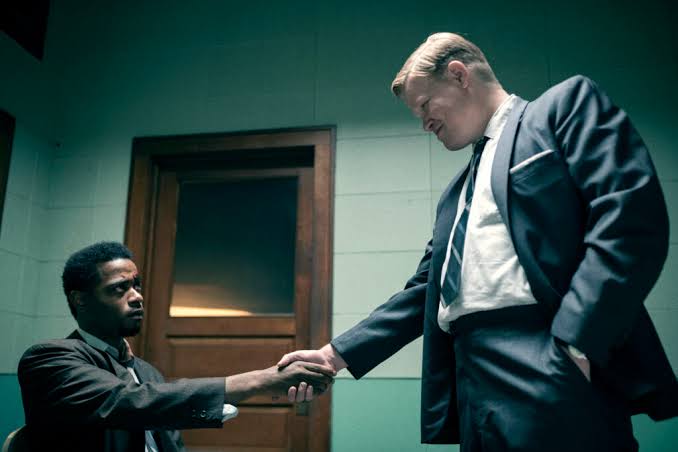 Dominique Fishback excels in the role of Deborah Johnson, the romantic interest of Hampton, and a crucial member of the party as well. The romantic interactions between Hampton and Deborah showcase the brilliant chemistry between the two. Although the film doesn’t give Fishback significant screen time, she makes the most of it and gives her best to the role. Deborah’s conflicts regarding parenthood and political contributions are portrayed wonderfully by Fishback.

A story about betrayal

Finally, Bill O’Neal – played by the talented Lakeith Stanfield – is the prime cog in this film. Bill, who was just 17 when he became the FBI informant, faces the most internal conflicts of all the characters in the story. At the beginning of the story, he is a car thief, but an exceptionally talented one. He steals cars by impersonating an FBI agent. However, he gets arrested and eventually offered by Roy Mitchell a means to avoid long-term prison time, becoming an informer for the FBI. To avoid the incarnation, he agrees to infiltrate the Black Panther Party, get close to Hampton and other leaders, and extract information about the inner-machinations of the group. O’Neal’s impersonation skills work great for him to penetrate and climb the ladder within the group.

He puts on a revolutionary facade and soon becomes the personal driver and bodyguard to Hampton. He eventually becomes the chief of security for the party as well.  Caught in the middle of a six-and-a-half-year prison sentence and betraying his community takes an emotional, psychological, and moral toll on O’Neal. He refuses and reluctantly accepts the orders from Mitchell, who always persuades him to infiltrate and spy on the party more and more. He grows weary of living the double-life and a lie, yet, goes on with this facade since he has little choice when it comes to his freedom. O’Neal successfully infiltrates and pries information on Hampton and party activities, which eventually result in the 1969 FBI raid of Hampton’s house and his death.

Playing the character of Bill O’Neal was a challenging and mentally charging task for Lakeith Stanfield. The actor mentioned in an interview with Level, how he was mentally stressed after the role. He talked about how playing the character, and poisoning Kaluuya’s Hampton felt like he was doing it to the real Fred Hampton. Lakeith also went on to say how the performance made him seek therapy and be conscious of similar future roles. The character of O’Neal showcases the vulnerability of blacks in a carceral nation and exploitation at the hands of institutional racism and powerful elites. 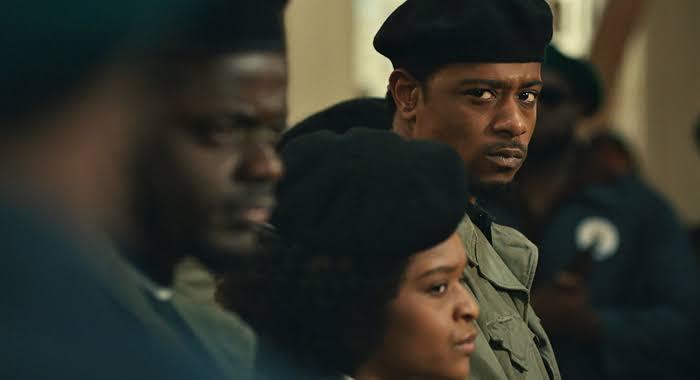 Bill O’Neal infiltrating the BPP and gaining the trust of Fred Hampton.

The critically lauded film premiered at the Sundance film festival and amassed heaps of praises for staggering performances and direction. Film’s lead actors Daniel Kaluuya and Lakeith Stanfield give stellar performances, submerging themselves into the roles. Daniel’s performance is not only believable but a calculated and sincere portrayal of a young but extremely influential Fred Hampton. Lakeith, on the other hand, leaves no stone unturned either. His performance was notably challenging and one that gave the actor some hard time to deject from. Lakeith had to play a character who is rife with internal conflict borne out of choosing individual freedom or hurting his community. Amidst a struggle of power against white supremacy and institutional racism, O’Neal’s story is the main focus of the film.

The film is masterfully directed by Shaka King and also co-written by him along with Will Berson and the Lucas brothers. With the award-winning Sean Bobbitt at the helm of cinematography and excellent editing by Kristan Sprague, the film is gorgeous to watch and justifies the period, era, and look of the film. The film comes at a time when its themes are more prevalent than ever. The film also signifies a shift in Hollywood, as to how issues relating to racism and police brutality are being green-lit by big studios – Warner Bros. Pictures, in this case. A biopic about the struggle against the institutionally discriminatory FBI, the story looks at racial and economical disparity in the US with the lenses of Maoist and Marxist-Leninist perspectives. At the core, however, it’s mostly a moral story of betrayal.

Judas and the Black Messiah opened to limited specific theatres in the US and is currently streaming on HBO Max.