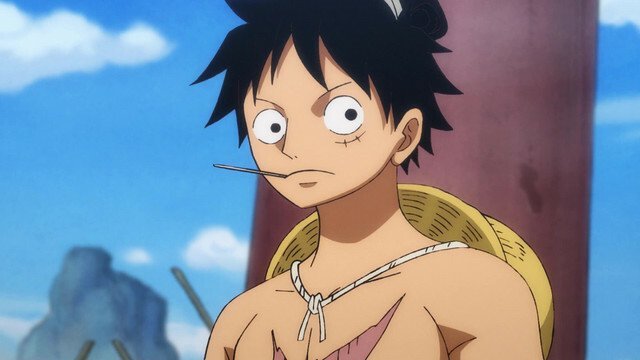 The One Piece anime is moving forward at a decent pace so far, and in last week’s episode, we got to see Luffy repay the favor to the people of Okobore Town. After taking down Holdem and stealing all the food from the farm, Luffy had now blessed the lives of hundreds of people, but just for a day.

Luffy himself realizes that and that’s why he intends to set Wano free of Kaido and his clutches. Wano, as we know, is nothing like it used to before and how it all happened is something the anime fans don’t know yet. All these major revelations will be soon made in the upcoming episode in which Kin’emon is planning to reveal the secrets of the Kozuki Clan to him. We’ll find out what exactly happened in the past, when exactly it happened and how Kin’emon got out of Wano in the first place.

Although the story that Kin’emon has to tell seems extraordinary, it adds such a big twist to the story that most of the fans will be dumbfounded. Towards the end of One Piece Episode 908, we saw some graves, but it wasn’t explained whose graves they were and who the Ghosts of Wano actually referred too.

In the next episode, we’ll likely see One Piece this entire thing being discussed by Kin’emon in great detail, and we’re not lying when we saw that it’s a mind-blowing revelation. Even Zoro, who arrived at Wano before Luffy, was shocked by this major revelation as he mentions in the previous episode. Trafalgar Law also knows what it related to, which makes Luffy the only one among those at Kuri who don’t know the precise events of what happened in Wano 20 years ago.

Unfortunately, One Piece anime will be on break, which means that there will not be any episode next Sunday. To Watch One Piece Episode 909, we’ll have to wait until November 10, 2019.

While the episode is far away, it’ll be great to experience it once it comes out since Aya Komaki is at the helm of the episode. We hope that you enjoy it a lot, and of course, we will as well.

What are your thoughts on Wano Country arc in the anime so far? Let us know in the comments section below!