Ben Stokes is an English cricketer who currently plays for the England national team and represents the team in all three formats of the game. He is considered one of the best all-rounders in the world and is known for his aggressive and competitive style of play. Stokes made his debut for England in 2011 and has since established himself as a key member of the team.

He has won several awards for his performances, including the Sir Garfield Sobers Trophy for ICC Cricketer of the Year in 2019. Stokes has also played in numerous leagues around the world, including the Indian Premier League and the Big Bash League.

Off the field, Stokes has had some controversy in his personal life, including an incident in 2017 that led to him being charged with affray. Despite this, he remains a popular figure in the cricket world and is highly respected for his skill and determination on the pitch.

The Bristol Court Case and Its Outcomes

On September 25, 2017, Ben Stokes, an English cricketer, was involved in a brawl in Bristol, England. Stokes was subsequently arrested and charged with affray, which is defined as the use or threat of unlawful violence by three or more people in a public place. Stokes was accused of participating in the altercation, which reportedly involved him punching two men, Ryan Ali and Ryan Hale, and causing them to suffer facial injuries.

The incident took place outside a nightclub in Bristol and was captured on CCTV. Stokes and England teammate Alex Hales, who was with him at the time, had been out drinking and were reportedly defending two gay men who were being subjected to homophobic abuse by Ali and Hale. 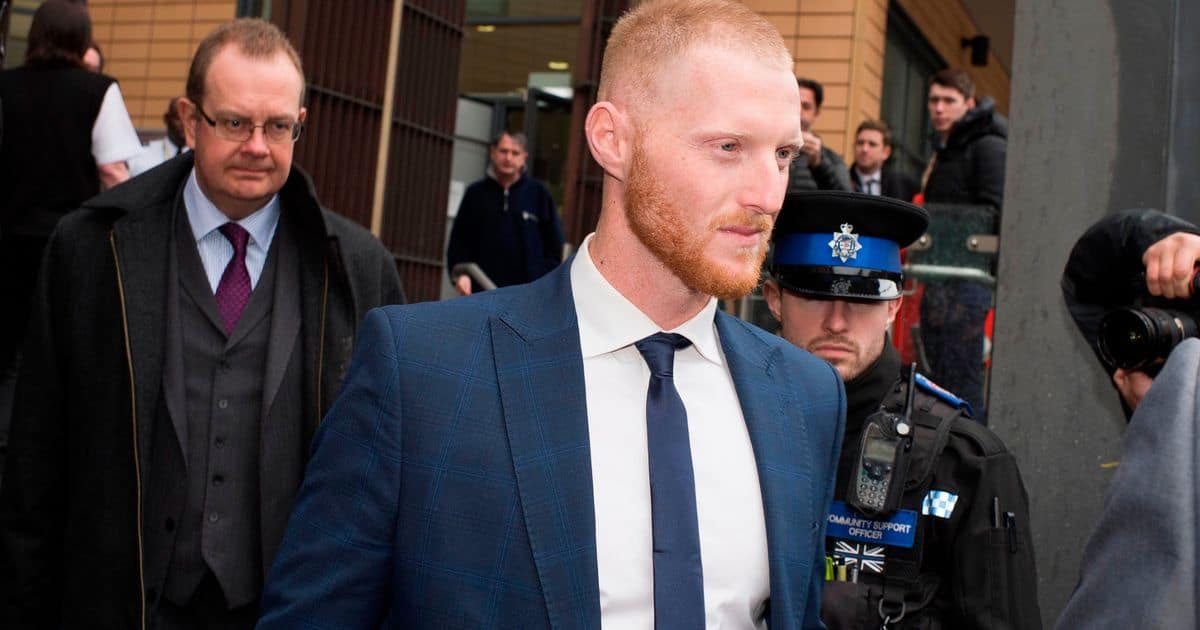 Stokes initially faced a criminal trial for affray, but the case was dropped in August 2018 after the prosecution offered no evidence. However, in December 2018, the England and Wales Cricket Board (ECB) suspended Stokes from international duty and banned him from the Indian Premier League.

In August 2019, Stokes faced a disciplinary hearing before the ECB over the incident. The hearing found him guilty of bringing the game into disrepute but did not impose any further punishment beyond the ban that was already in place.

In the aftermath of the incident, Stokes faced widespread media scrutiny and criticism for his actions. Some defended him, arguing that he was acting in self-defense and in defense of the two gay men. Others condemned his actions, with some calling for him to be banned from the sport entirely.

Despite the controversy, Stokes has remained a key player for the England cricket team and has continued to excel on the pitch. In 2019, he won the Sir Garfield Sobers Trophy for ICC Cricketer of the Year and was named one of the five Wisden Cricketers of the Year. Despite the incident, Stokes remains a popular and respected figure in the cricket world.

The setbacks and the Journey Ahead

The case was not the last setback in the cricketer’s life. Stokes saw major downs during the first half of 2022. After taking an indefinite break in the latter part of 2021, the player was ready and full-on prepared to show his first-class all-rounder performance for upcoming tournaments. Ben continued to show his full on the field until a major loss happened during the 2022 IPL season.

While playing IPL 2022, Ben lost his father. It was an unfortunate event and Stokes expressed his deep grief in past interviews about not being with his father at his deathbed due to his work commitments. The rounder on the field experienced an urge of hatred for his favorite place due to his personal loss. As the former top English all-rounder warned the audience that he might not return to action on the field, huge distress was felt among the managing team and the fans. Despite all his losses and discomfort, Stokes came back to action in T20 World Cup 2022 and led his team to the winning trophy of the tournament.

Rising from the failures, facing multiple challenges on the personal and professional front, yet giving a wonderful performance on the pitch, was making Stokes the favorite player for English cricket fans. His life and journey were beautifully depicted in the prime’s masterpiece, Phoenix from the Ashes. If you are a cricket fan, then this release is a must-watch for you.