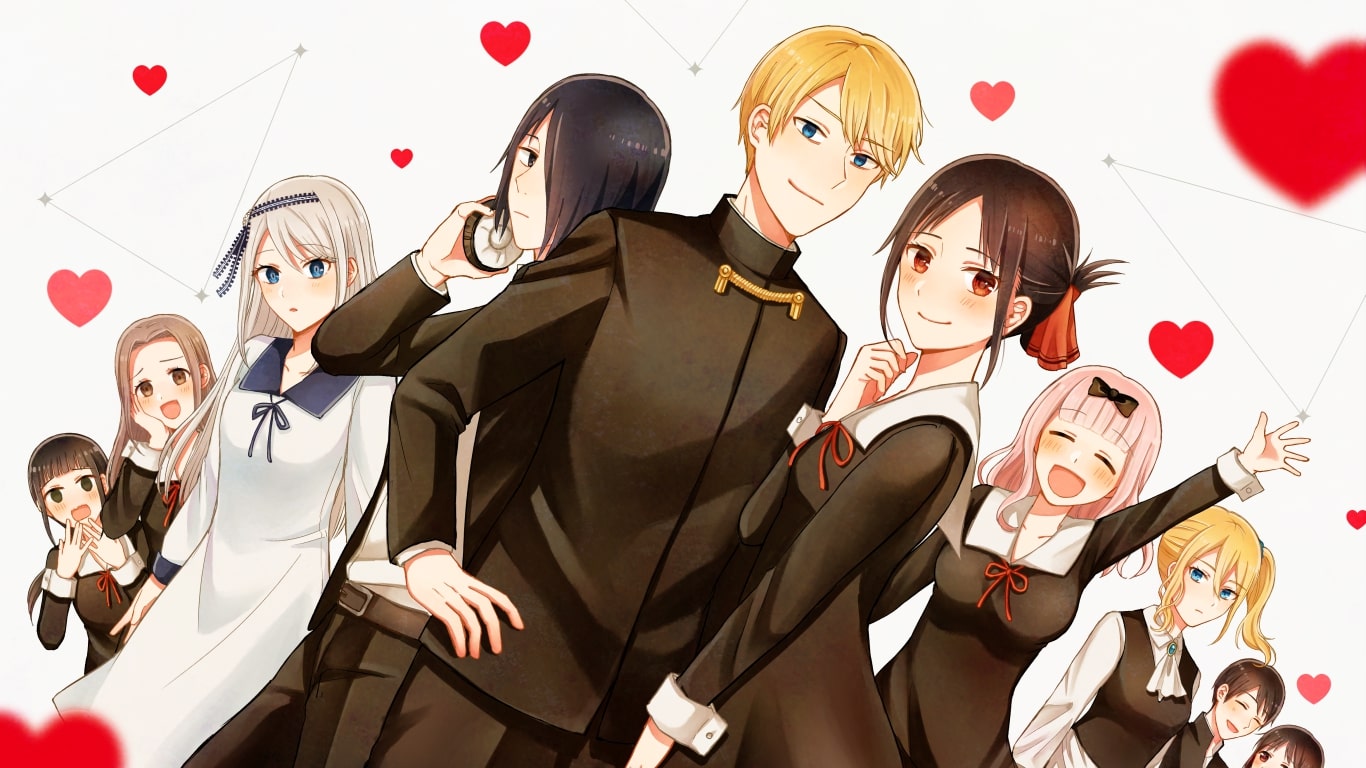 We deal with a wide range when it comes to anime. When you thought that the anime was all about panic, mecha, action, think differently. Romance happens in all sorts of ways, and so do people’s desires in romantic TV shows. Some people love true romantic anime, some like romcoms, and some seem to cry a lot. Luckily, you can find any of these in anime — sometimes all of them in a display.

The anime genres are various, and romance is one of the most popular genres. The romantic genre is further classified into many subgenres, and there’s enough for everyone. On the one hand, you have light-hearted romantic comedies and, on the other, serious romances.

This is a slice of life themed romantic anime that takes you on a roller coaster ride full of emotions. The length of each episode of this anime is about 25 minutes. When each episode is done, you’ll keep needing more episodes and you’ll end up watching all seasons.

My Teen Romantic Comedy SNAFU is a fun anime that will give you a vibe, a combination of humor, sentiment, and life lessons.

Synopsis – This love themed anime has a protagonist called Hachiman Hikigaya, who is a slob and a high school student with a series of life issues.. He does not exist in love and friendships.

He appears to think that everybody is leading a life with make-up. One day, his instructor asks him to join the Voluntary Service Club. But now he and his club mates have to encourage students who need their guidance to accomplish their goals.

This original romantic Netflix anime, debuted on Netflix this June, was an immediate success with viewers. This romantic anime was created by the producers of the sailor moon. It tells the story of two people who want to seek love and intimacy.

Synopsis – Miyo Sasaki is a high school student who, because of her father and stepmother, comes from a dysfunctional home. Now she wants to be friends with a boy in his class named Kento. After a failed try,

Then she attempts to get his attention by changing into a cat (for the entire thing you’ve got to see the film). Now she’s got a preference to be a cat for the rest of her life or to be in her normal human shape.

3. Uzaki-chan Wants to Hang Out!

Premiered last July, this recent Slice Of Life anime steadily gained the interest of popular anime fans because of its vibrant characters. The two main protagonists of this recent love anime are Hana Uzaki and Shinichi Sakurai.

Both characters from this romantic anime go to the same college. It’s got some ecchi features and some fan support to attract the attention of popular anime viewers.

Synopsis – Hana is happy to go to the same college as Shinichi because he encourages her. After a year of watching him laze around right now, she needs to hang out with him. — episode tells a new tale about their everyday life and adventures.

You’ll be shocked to hear that Rent-A-Girlfriend is based on a real-world operation in Japan. It’s a service where you can hire a girl to be your girlfriend for a day. The service that inspired the creators to produce this anime. The anime has some of the best-written characters. It’s a romantic anime that’s going to keep you interested in its characters and story in particular.

At first, Chizuru Mizuhara seems to be the right girl for everything he may want: a lovely look and a soft, caring spirit. Kazuya sees her profile and receives mixed feedback. Kazuya claims that Chizuru only plays with the hearts of men and leaves her with a poor ranking. In frustration at his client’s contempt, Chizuru exposes his real nature: sassy and aggressive, the total opposite of Kazuya’s first impression.

Kaguya-sama: Love Is War is based on a manga that sold over 9 million copies and received multiple awards. It follows love-hate relations between the main central protagonists, Kaguya Shinomiya and Miyuki Shirogane. It later became a hit his anime among a slice of life anime fans because it was over the top face-off against the main character.

Synopsis – Student Body Leader Miyuki Shirogane and Vice-Chairman Kaguya Shinomiya appear to be the perfect pair. Kaguya is the youngest daughter of the corporate family, and Miyuki is a high school student and well-known in the area.

And even though they like each other, they are too arrogant to confess their affection because they fear like anyone who does so would fall first. The story follows their numerous plans to make one admit to the other.

This is one of the best Slice of Life anime out there and is currently screening its second season. This Slice of Life-based anime had made fans connected to this new romantic anime. Based on the Sjojo manga of the same name, Natsuki Takaya. The manga itself is also one of the greatest shojo mangas of all time. The romantic anime is becoming popular because of its storyline and character creation.

Synopsis- It follows the exploits of Tohru Honda, an orphan girl who encounters Yuki, Kyo, and Shigure Soma. She learns that the Chinese zodiac spirits have kidnapped 12 people from the Soma tribe. If they are weak, lonely, or picked up by someone other than themselves, they are compelled to turn themselves into their animals.

The other partner is not taken away from the zodiac. As the series unfolds, Tohru hears about the difficulties and pressures endured by the sick Somas. Her own caring and compassionate disposition help to repair her emotional wounds. Tohru also learns more about herself as she discovers more about Yuki, Kyo, and the rest of Soma’s enigmatic family.

What if you’re living a dull life doing the same thing over days, and then unexpectedly your life has changed because of something or someone else. This anime is part of the story I described. It’s the Slice of Life anime that has gone under the radar of a lot of anime fans.

The plot – Rikuo Uozumi had abandoned all but himself to a miserable life and was employed in a food shop in Tokyo. His monotonous life is disturbed when a lively visit is made by the enigmatic Haru Nonaka, who occasionally drops to his workplace as an amateur. When Rikuo learns that Shinako Morinome, a friend from the old college and a crusher, has returned to the city, he aims for a deeper friendship.