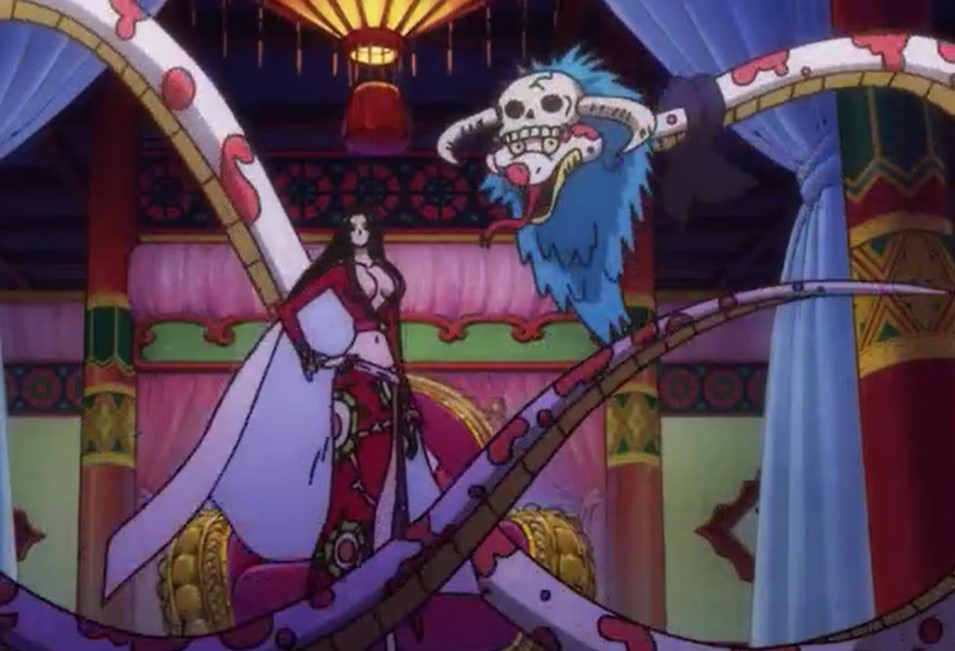 Sabo’s death has shaken the world, and Black Beard, along with his troops, is on the move. Monkey D. Garp has met with King Neptune and reveals the truth about the incident that Reverie has triggered. Koby communicates with X-Drake, revealing that they are going to capture Pirate Empress Boa Hancock. They are on the way to the Island of Women. Margarete saw the Navy ship and head to report to Boa Hancock.

Meanwhile, Edward Weevil is claiming to be Whitebeard Jr and battle with the Marines. Garp said that peace would only reign when there is no spilling of blood and X-Drake is working as the navy spy at the Land of Wano. He has found about the legal business that the World Government is doing with the Land of Wano. Captain of the Marine reveals that the Seven Warlords of the Sea naturally forfeit all their rights. Their connections are also cut with the World Government.

One Piece Episode 959 will be released on Sunday, 24 January 2021, at 9:30 AM JST. Note that every Sunday, a new episode of One Piece is released. This post may contain spoilers for the upcoming episodes. Watch this Anime’s latest episode officially on Crunchyroll, AnimeLab, Funimation, and Netflix. Take a look at more details below. 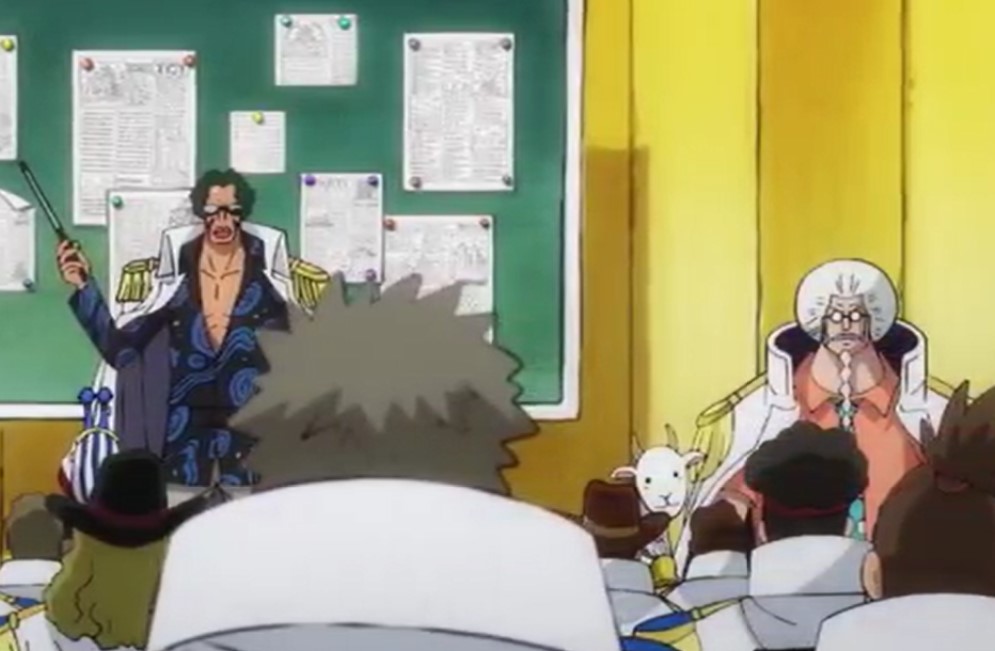 Previously on One Piece Episode 958

Buggy is worried that they are doing that to them because they have become weaker and will now arrest them. He blames Crocodile and Doflamingo for everything. His crew asks him what they will do about the situation, and Buggy said they would fight back. Meanwhile. Whitebeard J.r, along with an old hag, is still fighting with the Marines at the mountains. While a former warlord Dracula Mihawk smiles that his enemies are chasing him.

At the Island of Women, Margarette warns Nyon about the arrival of Navy ships. The ladies started to panic, and the Snake princess said that they must not worry about anything. They become warlords because they are strong.

Boa Hancock, who is now a pirate empress and a former warlord of the sea, guarantees her kingdom’s safety. Meanwhile, inside the jail, Doflamingo is glad that things are getting interesting. At the Navy HQ fleet admiral, Sakazuki communicates with Issho. Issho is sailing at sea with his allies fighting with sea monsters. Sakazuki asks Issho what he wanted, the abolition of the Seven Warlords of the sea.

Sakazuki said he was against it, but the leader’s decision can not be reversed. Issho replies that justice comes with a price, and there is no escaping it. Sazaki will never understand because he never became one of the Seven Warlords. The world where innocent, weak people get ignored is worthless. Issho said that the Seven Warlords of the sea are no more, and they must believe in the SSG, the Navy Special Science Group.

The balance of power in the world is about to change drastically. Sakazuki replies that no one knows about that, and he heard that Kaido and Big Mom had allied the Land of Wano. Issho asks if it means the return of Rocks. Sakazuki said that Isho must not say it like it is a legend or something. Other Navy Soldiers discuss the legendary Rocks Pirates after hearing that the team’s Emperors have joined together. 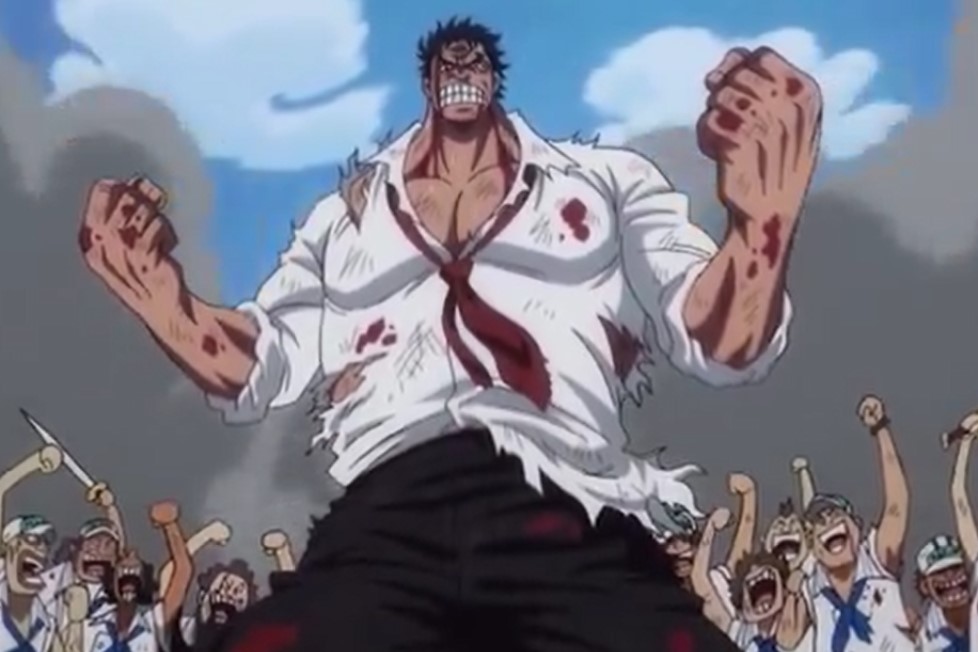 They are surprised since Big Mom and Kaido hated each other for a long time, but they are now friends. Sengoku reveals that the Rocks Pirates were a gang of unique characters who gathered together. They gathered on the Pirates Island of Fullealead ages ago around a money-making-scheme. They were all violent; they even battled to death onboard their ship. Captain Rocks, White Beard, Big Mom, and Kaido was their first members.

The trio used to be on board the same pirate ship. Other pirate s became infamous, and Captain Rocks wanted to become King of the world. Thirty-eight years ago, Captain Rocks destroyed the Goldvalley and the Marines. But Garp defeated Captain Rocks with his allies in a single blow. Garp became famous and the hero of that Navy with Roger’s help, who also defeated the Roks Pirates. God Valley island disappeared without a trace, and for Roger, Rocks was his first and strongest enemy.

Roger and Rocks had something in common, which id the D in their names. Rocks’ full name is Rocks D. Xeber; even though he has died, he left other ”D” pirates. Sengoku reveals that if Kaido and Big Mom team up, they will see the worst pirates group. He asks Brannew to reveal Kaido and Big Mom’s bounty. Brannew reveals that those two have new bounties, and Kaido is 4 billion, 611 million, and 100 thousand berries. Big Mom is 4 billion, 388 million berries.

Take a look at how the Reverie conference took place here: One Piece Episode 958. That is how we conclude the upcoming episode of One Piece.