Criss Angel’s Magic With the Stars Episode 5 release date is quite close. This is a reality TV series that features artists coming on the screen from all over the country and taking part in magic shows. The series was greenlit just this year, back in May 2022. The CW had ordered this show for their fall lineup. Eddie Griffin is the host of the series. The judging panel includes Criss Angel as well as Loni Love and Lance Burton.

This is a kind of magic series that will feature Criss Angel, a legendary magician and very true to the art, training the people that he is going to select on his team. The celebrities will train various tricks from him. Other than that, this is a great opportunity to watch magic shows that Criss Angel has done in his career and the tricks which he has invented. He will perform some of the pieces for us on the camera.

The audience will also be able to experience the close-up magic as well as mentalism. Throughout his career, Criss Angel has been trying to explore new places and people who would enlighten him to various new rules that he has never experienced before.

This time, he has come back on stage to educate us in return and reveal some of his best-kept secrets from the world. Even though he will not fully disclose everything to us, he is definitely going to give us the celebrities who will personally be trained by him. They will master the art of illusion and present it all to us through the screen. 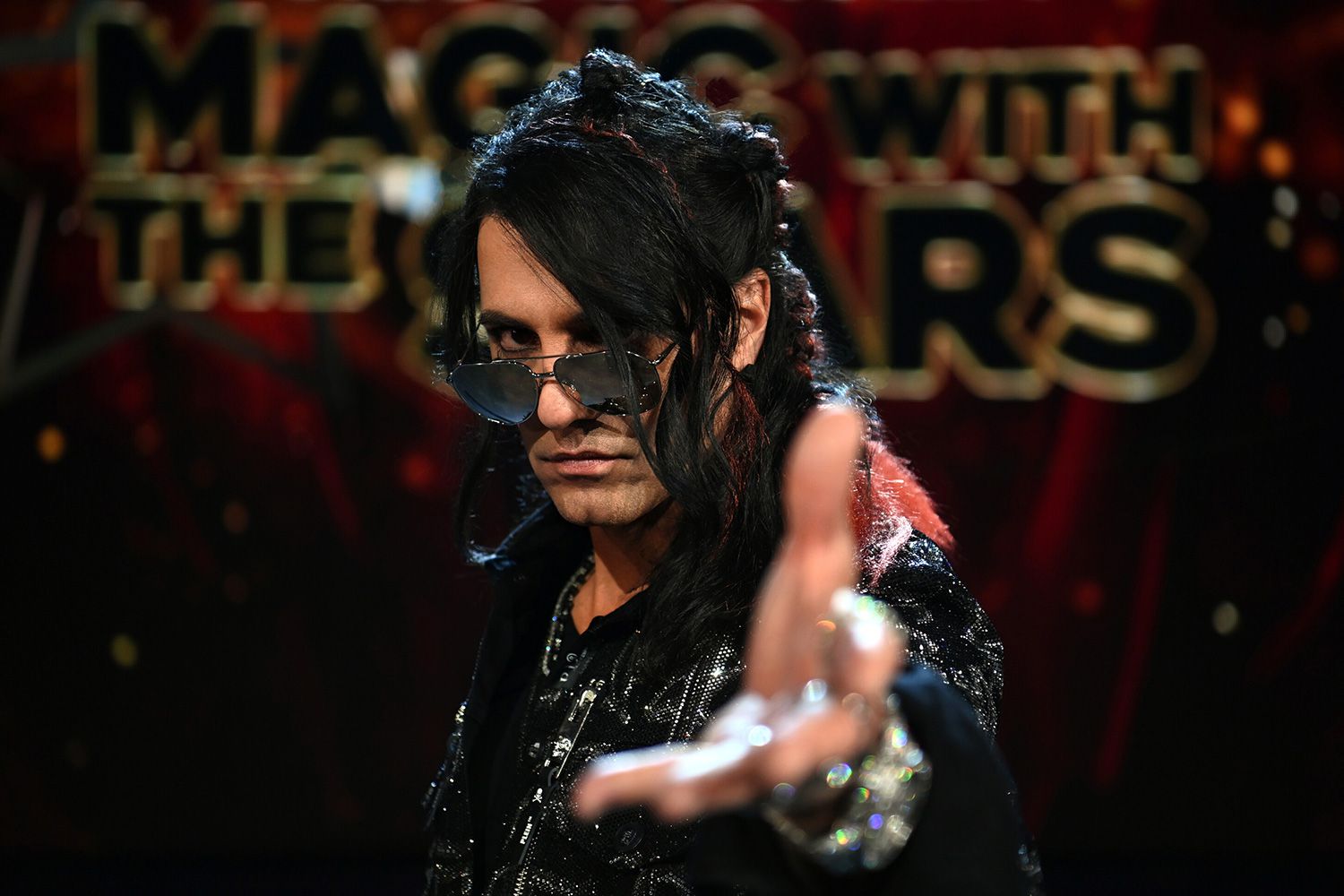 A still from Criss Angel’s Magic With the Stars

While talking about this series in an interview, Criss Angel discussed how he originally came up with the idea of the series. He was actually fond of magic his whole life and made a career out of the same. But this time, during the pandemic, he thought of creating a magic show to reach a wider audience.

While discussing the vibe of the series that he wants to set, Criss Angel talks about how he wants his program to have light as well as love and positivity. Sharing the judging panel with him, we see Loni Love. She is a comedian and a very talented artist. Also, Lance Burton, a master magician, will be here to judge the contestants with him.

As per the official synopsis of the series, we will see that the celebrities who will be selected will be provided with challenges. They are required to master three categories of magic while being here. The judges will be here to see them through it.

The teams will be led by Criss Angel himself, who will judge them on the basis of their performance. The celebrities who will do exceptionally well during the initial rounds will be the only ones who are invited back for the ultimate finale round. Here, they will be required to compete for the golden wand and the title of a great magician.

Criss Angel’s Magic With the Stars Episode 5 release date is on the 19th of November 2022. The episode is titled 100 Foot Rope Escape. It will drop out on The CW at 8 PM Eastern Time. New episodes are set to release every week on Saturdays.

Criss Angel’s Magic With the Stars Episode 5 will be available to watch when it airs live on The CW Network at the designated date and time slot that we have mentioned above. Later, the episodes can then be streamed through the official website of the channel CW TV. Users will need to have valid cable login credentials for the same.