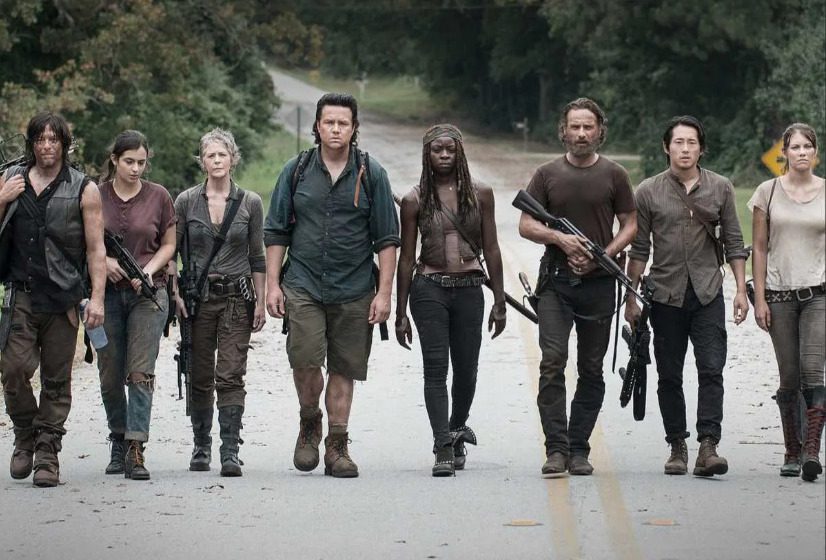 The Walking Dead, a popular show, is finally getting its spin-offs. We will talk about the Tales of the Walking Dead cast and much more. If you are a fan of this apocalyptic-themed series, keep on reading ahead. Zombie is a genre that is currently very trending right now. Watching gore zombie tales is always thrilling and an absolute delight. The genre fans must have heard of the series The Walking Dead, which is based on Robert Kirkman’s comic of the same name. The show was adapted by AMC productions. But with coming to an end, the show is getting its spin-off. And if it has been hard to keep a record of every new spin-off, we are here to assist you in just that.

The beloved zombie shows The Walking Dead finally came to an end. The long-running show established the zombie genre, which it is now. The show also came up with its spin-off, Fear the Walking Dead, which has seven seasons. Looks like there is going to be yet another Zombie apocalypse again. The makers have revealed information about Tales of the Walking Dead cast and more. Without further ado, let’s get into the article.

What is The Walking Dead about?

The fans of the original show must be familiar with the genre of the series. This new installment will be the fourth franchise to be set in the Walking Dead universe. Seems like fans just can’t get enough of these zombies. The new series will also follow the same post-apocalyptic horror genre. It will be based on the series by Robert Kirkman, Tony Moore, and Charlie Adlard. The new series promises to give something fresh to its viewers. While we understand the craze of the original series, it is time they bring something fresh. The new series will be an anthology that will bring new characters to each episode. The Tales of the Walking Dead cast will also be fresh faces who will fight the horror of zombies.

The Tales of the Walking Dead Cast

Since it is an anthology series, the Tales of the Walking Dead will have a brand new cast in each episode. The fans will meet a new set of cast members each episode. It will be exciting to watch a fresh story each week after the continuation of a very long one. The cast of Tales of the Walking Dead episode 1 is out. The cast members include names like Olivia Munn (“The Newsroom”), Samantha Morton (“Harlots”), Anthony Edwards (“WeCrashed”), Poppy Liu Terry Crews ( Brooklyn 99), Loan Chabanol, Jessie T. Usher, and many more. Watch the trailer of Tales of the Walking dead now!

How and when to watch Tales of the Walking Dead?

The show is likely to have six episodes featuring a new story each week. The show will be available to stream on the AMC network. The first episodes will drop on August 14, 2022, at 9 p.m. ET. The viewers will be able to catch the fresh episodes each week on AMC or can later stream on AMC+. The series will conclude on Sept 18.

This was all on Tales of the Walking Dead cast. Stay tuned for more updates!