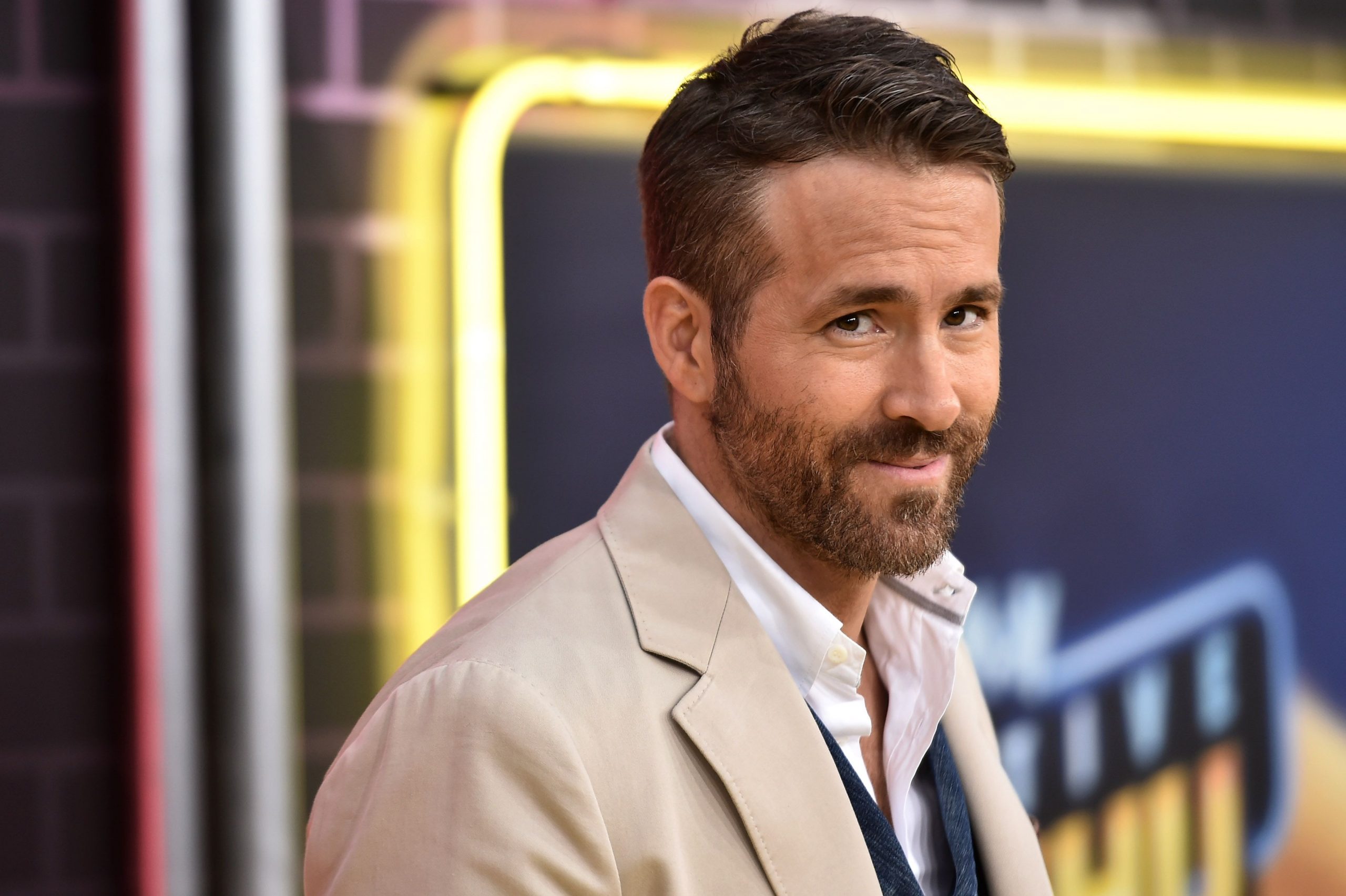 Ryan Reynolds is a Canada-native who first starred in National Lampoon’s Van Wilder. Since then, he has given mega hits, married Blake Lively, and started a Gin business called Aviation Gin.

Ryan got started with Canadian teen-soap opera Hillside, then moved to the small-time TV series, Two Guys, a Girl, and a Pizza Place. He then went on to do National Lampoon’s Van Wilder and received a bit of acclaim. But his road wasn’t that easy to navigate. After various career flops, Ryan was recognized with Buried, Woman In Gold, The Proposal. But no matter what Ryan does, he will always be Deadpool. When you see the actor on and off-screen, it just feels like Ryan is Deadpool. No wonder Deadpool became a mega-franchise and his most popular and commercially successful movies till date.

Ryan’s other action movies besides Deadpool are Blade: Trinity (2004), 6 Underground (2019). Now the actor is no longer just an actor and a producer, but he is also a businessman.

Today we will count the 10 best Ryan movies according to IMDb. Here we go! 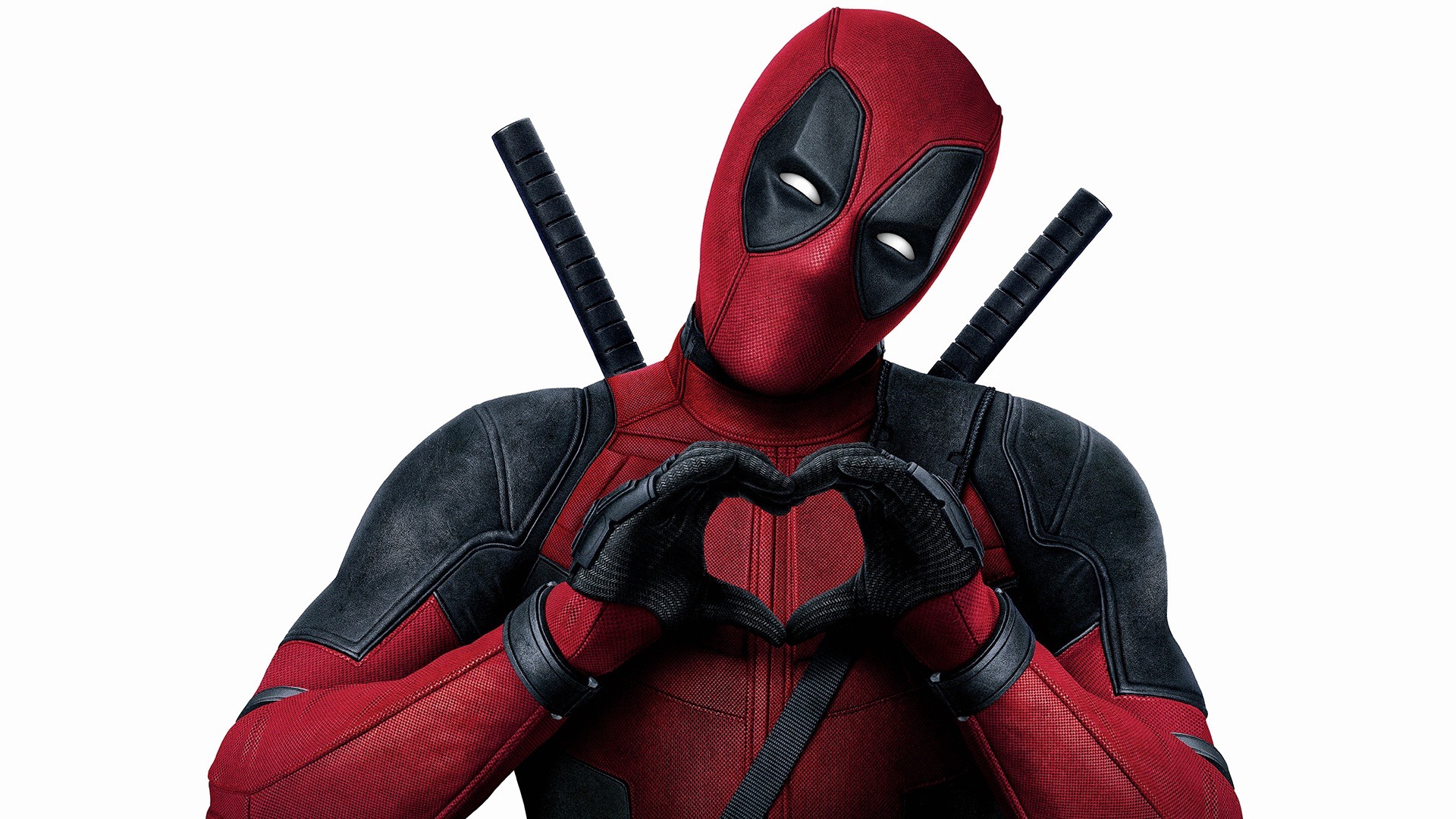 Deadpool arrived in 2016. It is an American superhero film based on the Marvel Comics character of the same name.

The first Deadpool blew up in no time. Within a short period of its release, it catapulted Ryan Reynolds into a league of A-listers and megastars.

It is the eighth movie in the X-men series. The movie is directed by Tim Miller, and it is based on a screenplay by Rhett Reese and Paul Wernick.

The movie was distributed by 20th Century Fox.

Ryan Reynolds stars as the lead in the film with Morena Baccarin, Ed Skrein, T. J. Miller, Gina Carano, and Brianna Hildebrand as supporting roles. The story begins with Wade Wilson turning into Deadpool. He seeks revenge on the who hunts the man who gave him mutant abilities and a scarred face. It is basically the becoming of the antihero Deadpool. 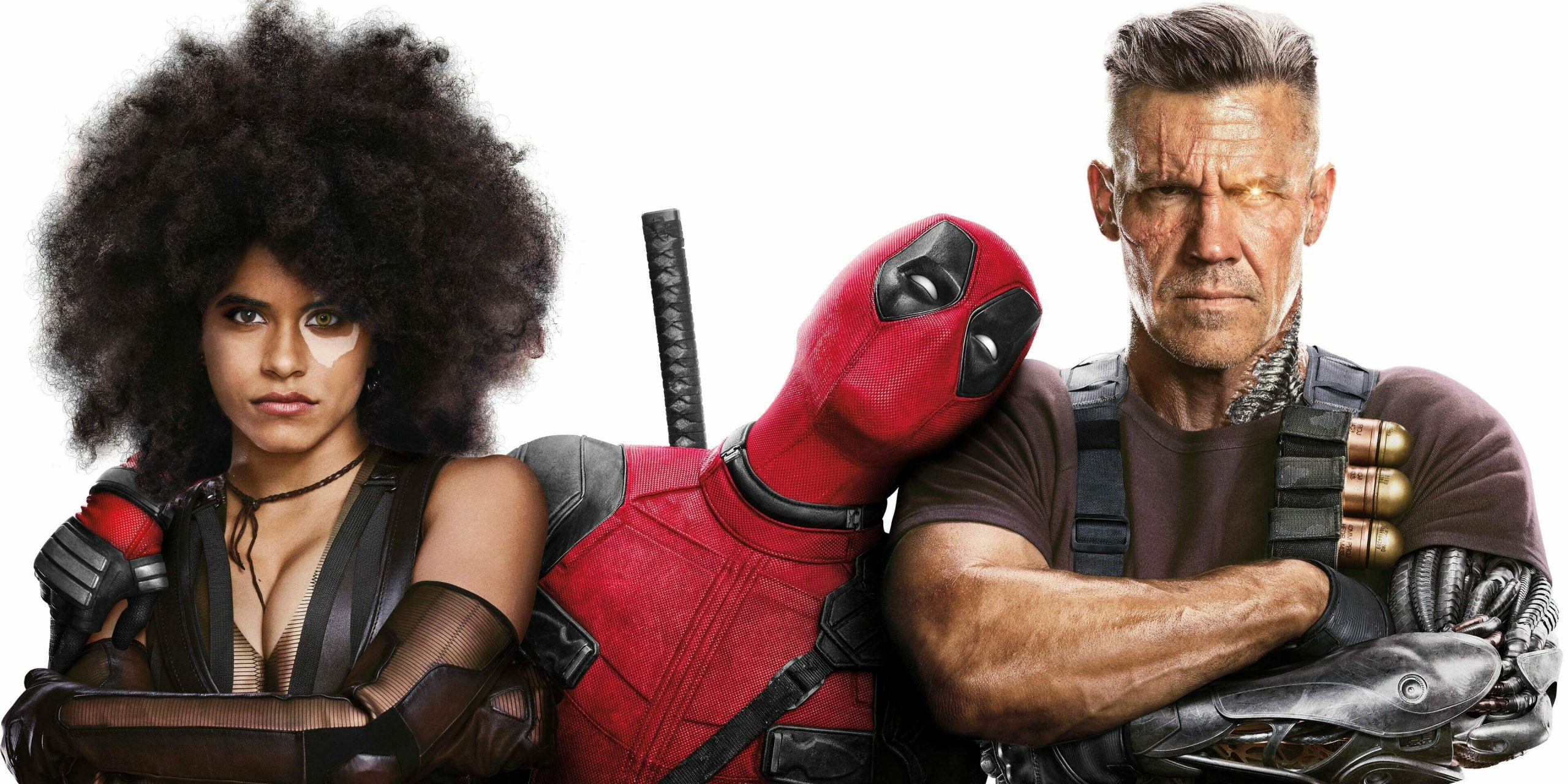 Deadpool 2: is just as hilarious as the first one.

Deadpool an American superhero film based on the Marvel Comics character of the same name.

This is the second in line to the first antihero flick. It involves Ryan and a young mutated hero Russell and the villain is Cable. Deadpool faces the biggest battle so far as the boy mutant Russel grows a bit too powerful and is taken into captivity.

Deadpool forms the X-Force in the second installment in order to protect a young mutant from the time-traveling soldier Cable. The film is directed by David Leitch and it is the screenplay by Rhett Reese, Paul Wernick, and Ryan Reynolds himself. 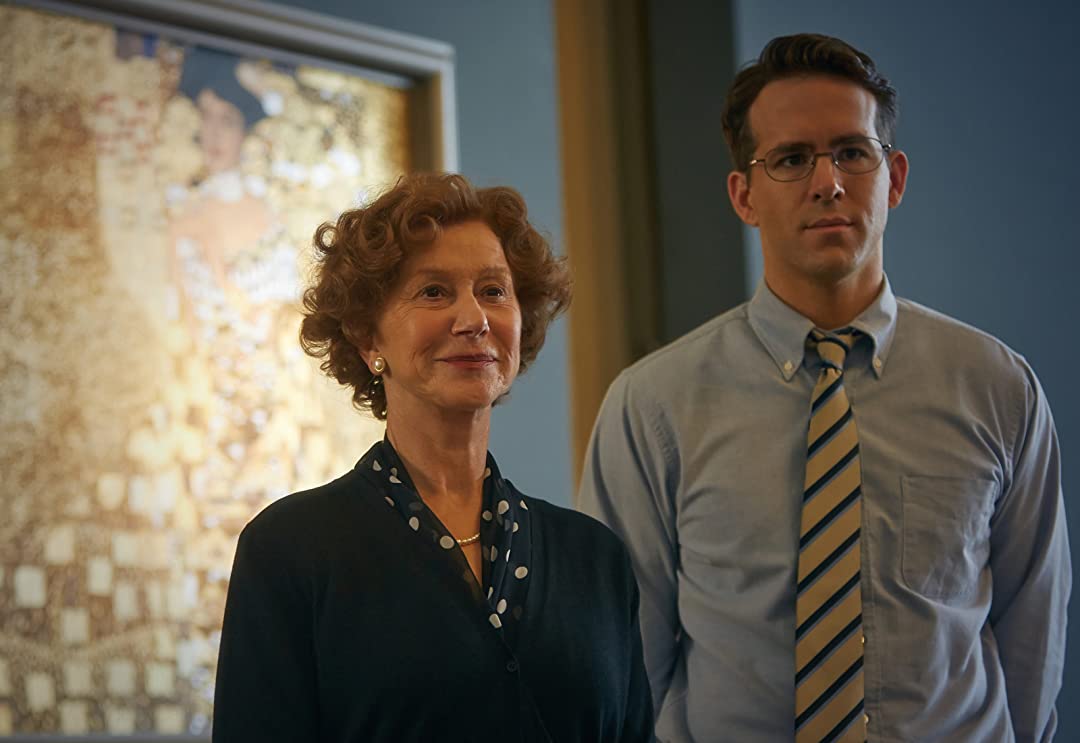 Woman In Gold: rests on Ryan and Mirren’s chemistry.

Woman In Gold is a biographical drama film.

In Woman In Gold, Reynolds stars alongside Helen Mirren as a lawyer. It arrived in 2015 and it is a biographical drama film directed by Simon Curtis and written by Alexi Kaye Campbell. Besides the two, Daniel Brühl, Katie Holmes, Tatiana Maslany, Max Irons, Charles Dance, Elizabeth McGovern, and Jonathan Pryce in the supporting roles.

The movie is a tale of a Jewish woman (played by Mirren). It has been sixty years after she has escaped Vienna. Her biggest aim is to receive prized family heirlooms that were stolen from her by the Nazis.

The movie solidly rests on the chemistry between Mirren and Ryan’s lawyer. 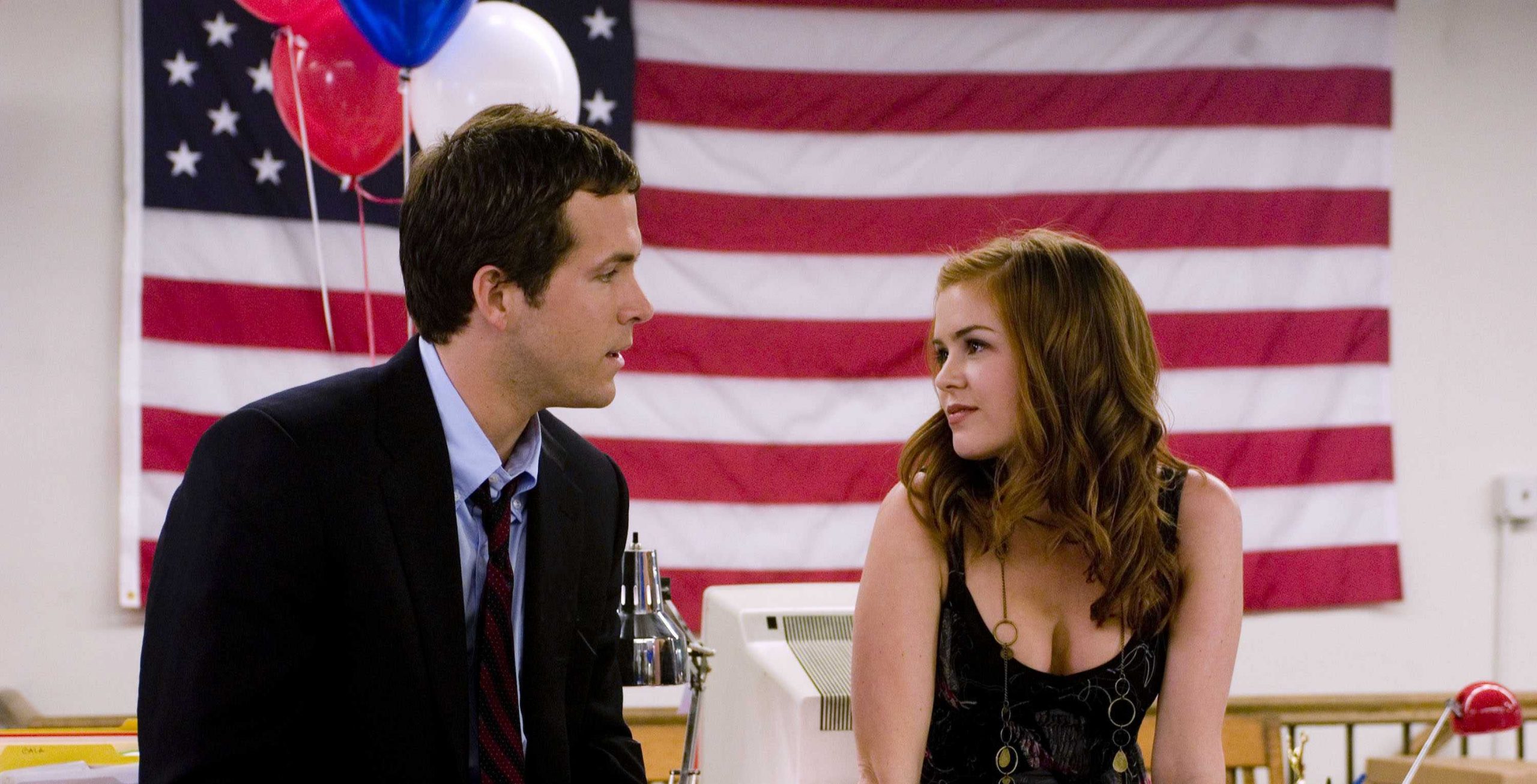 Definitely, Maybe: Ryan does a romantic-comedy role this time around.

Definitely, Maybe is a rom-com.

Definitely, Maybe is set in New York City during the 1990s. Ryan plays a political consultant who tries to help his eleven-year-old daughter (Abigail) understand his impending divorce by telling her the story of his past romantic relationships. Not only does he narrate the story to his daughter, but he successfully manages to comes out of the debris of the past.

The story is basically a How I met your mother kind of a plot. 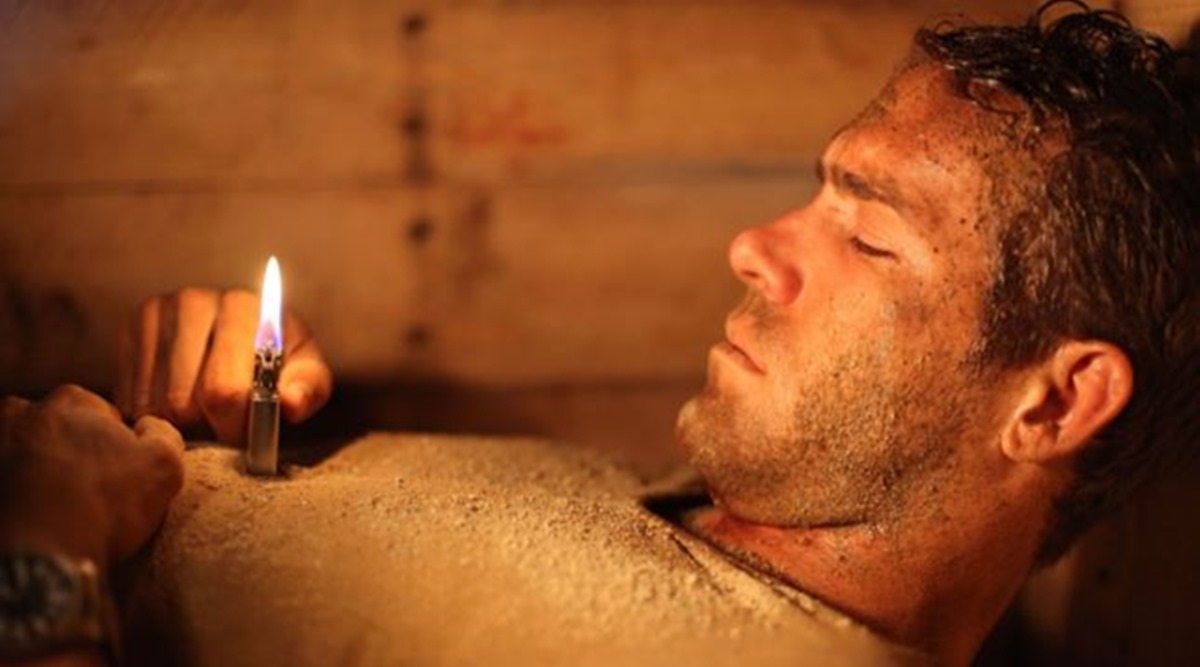 Buried: Ryan’s most serious and grim movie to date.

Buried is a psychological thriller film.

Then comes Buried. Ryan got globally recognized for his acting prowess in this one. It is the most gripping and grim of all the movies that Ryan does.

Ryan plays a civilian truck driver whose route has to go through Iraq. In the middle, his truck is captured by a band of insurgents. His name is Paul Conroy and all he knows when he wakes up is that he is in a coffin with no more than a lighter and a cell phone. Paul has to fight his own anxiety and the bandits to break free. All this while, he waits for help.

Buried is serious than most of Reynolds’ work. This psychological thriller film is directed by Rodrigo Cortés. 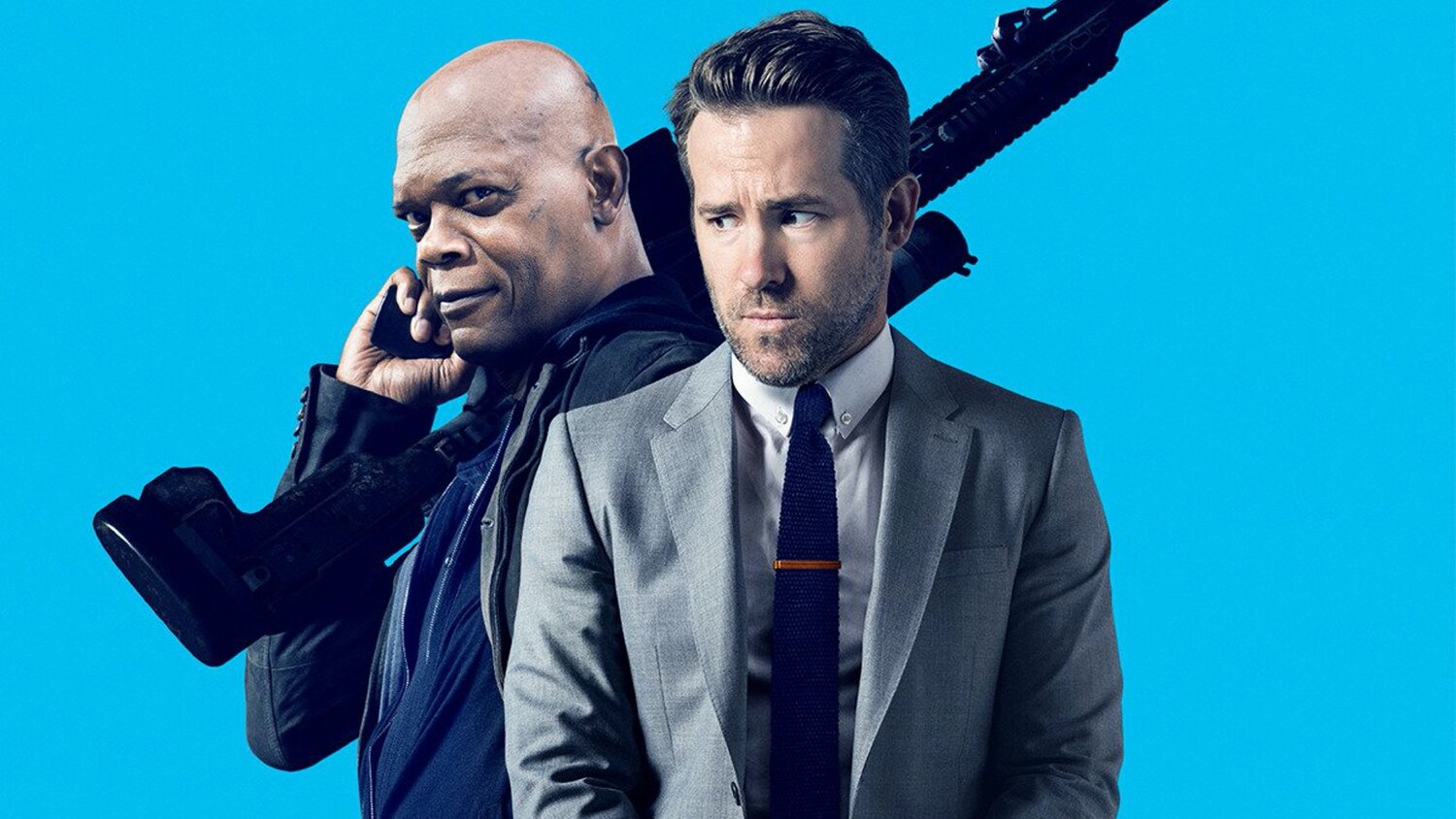 The Hitman’s Bodyguard is a comedy and an action flick.

Ryan and Samuel L. Jackson’s chemistry is booming through the roof in this one.

The Hitman’s Bodyguard arrived in 2017. It is an American action comedy film directed by Patrick Hughes. Besides Ryan and Samuel L. Jackson, the legend Gary Oldman, and Salma Hayek star in the movie. The movie grossed over $180 million worldwide. Therefore it was no surprise that it got a sequel.

The Hitman’s Bodyguard traces a bodyguard (Ryan) who must protect a convicted hitman (Samuel). Most of their careers, they have hated each other and fought each other. Now Rayn is on his way to testify at the International Criminal Court. But as a group of mercenaries begins to manhunt Jackson, things are headed for the worst. The two team up in an action flick!

The movie also has a sequel The Hitman’s Wife’s Bodyguard scheduled to be released on August 20, 2021. 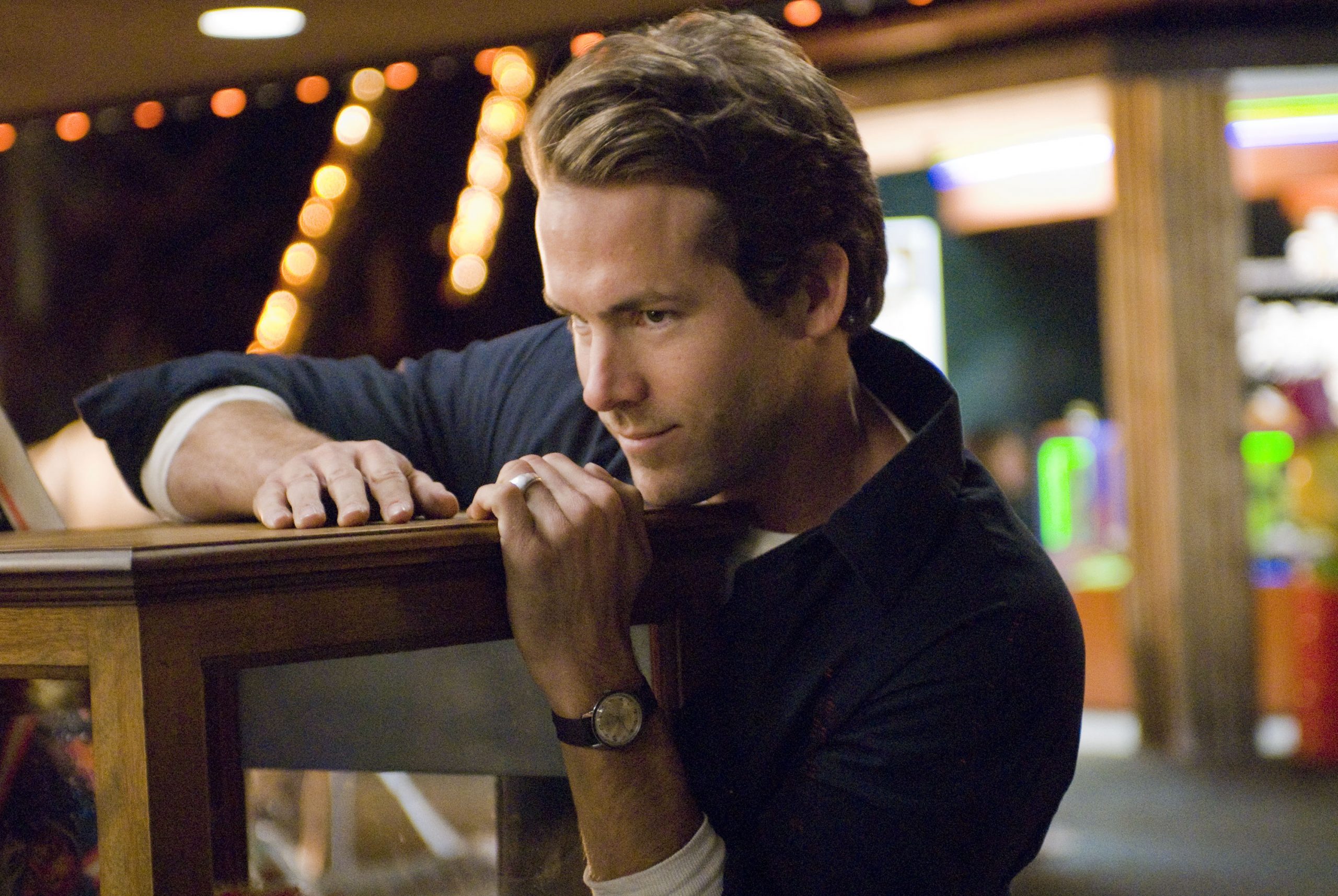 Adventureland: the sweetest romcom that you will ever see.

Adventureland is an American comedy-drama film.

It comes from the same place as Superbad. So you can expect what the movie is going to look like! The movie arrived in 2009 and is written and directed by Greg Mottola. Besides Ryan, the cast includes Jesse Eisenberg and Kristen Stewart, Kristen Wiig, Bill Hader, Martin Starr, and Margarita Levieva.

The story of Adventureland is set in the summer of 1987. A college grad James Brennan (Eisenberg) has plans to visit Europe in the summer and attend graduate school in pursuit of a career in journalism. So he works at Adventureland, an amusement park in Pennsylvania to make some money.

Since the cast has a huge ensemble, it doesn’t only belong to Ryan. The movie earned  $17.1 million worldwide at the box office. 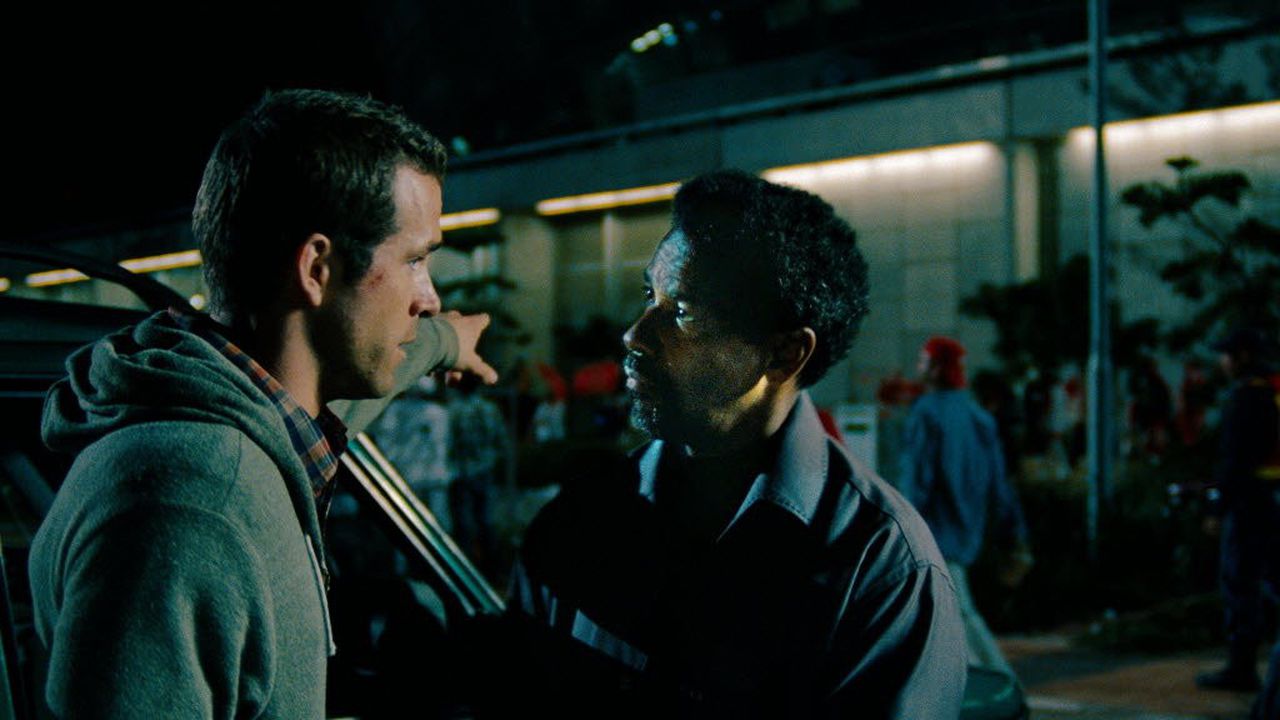 Safe House is suspense, a thriller and an action flick.

The story traces Matt Weston as a CIA agent who is on his first low-level posting in Cape Town. He is kept in charge of a safe house where the CIA is interrogating Tobin Frost (played by Washington).

Tobin was a CIA operative who (allegedly) betrayed the CIA. But soon the safe house is attacked by mercenaries Weston and Frost end up on the run. All their men are executed in the process. The two men need to find out who is trying to kill them before they end up dead too.

Safe House was a moderate hit, but the chemistry between Ryan and Denzel was appreciated a lot! 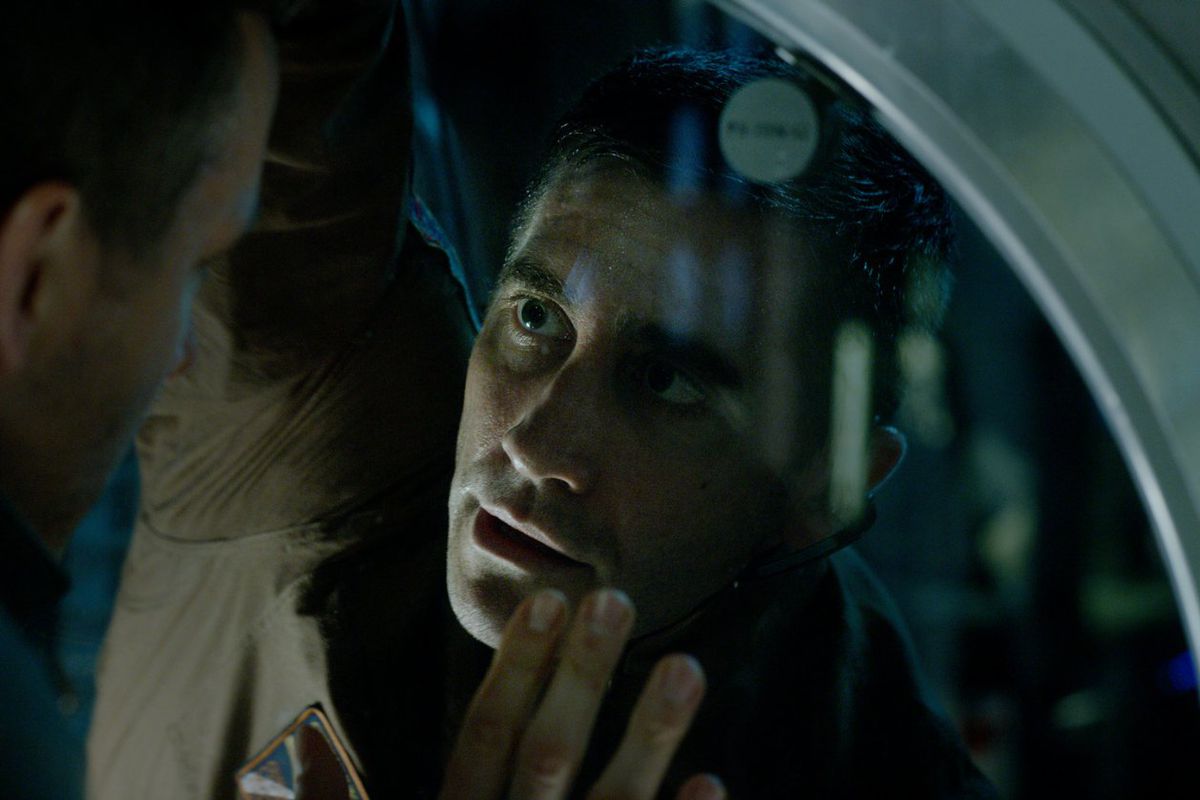 Life: Sci-fi/thriller is based on Life on Mars.

Life is a Sci-fi/thriller.

Ryan stars with Jake Gyllenhall and Rebecca Ferguson. The three play astronauts who are on the verge of making groundbreaking discovery: life on Mars.

Things go haywire as the organism is far more intelligent than they thought he would be. As a result of this, things look terrifying for the three astronauts. Some also argue that Life is a horror movie based on space. It arrived in 2017. It is directed by Daniel Espinosa, written by Rhett Reese and Paul Wernick.

Life is also historical as it is the first co-production between Skydance Media and Sony Pictures. The film was a mega-hit, grossing $100 million worldwide. 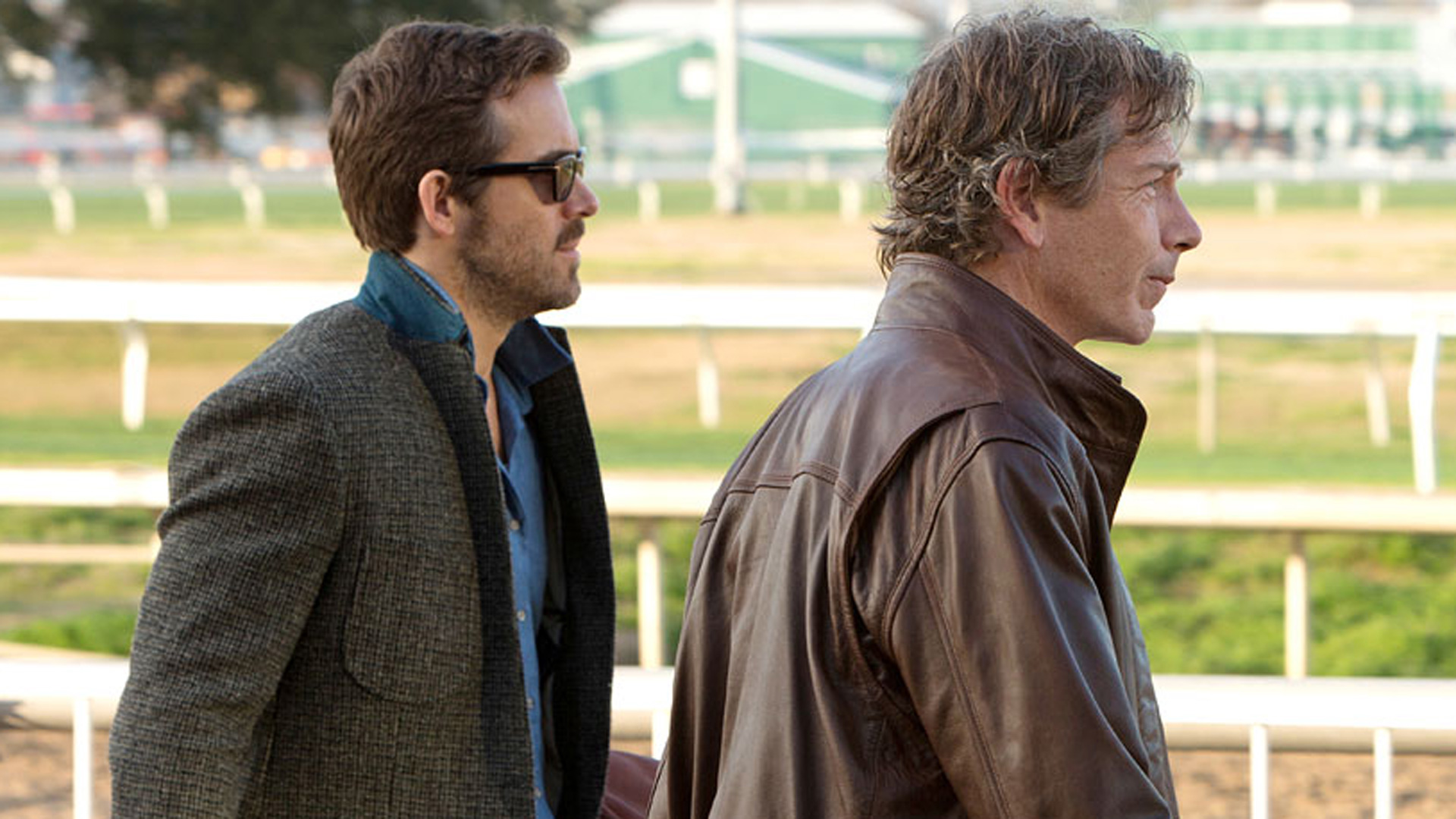 Mississippi Grind is a drama film.

Ryan’s least good movie on the list is Mississippi Grind.

It released in 2015. It is directed and written by Anna Boden and Ryan Fleck. The movie also stars Ben Mendelsohn, Sienna Miller, Analeigh Tipton, Robin Weigert, and Alfre Woodard.

The story starts with gambling-addict Gerry (Ben Mendelsohn) finding a new ‘lucky charm’ at the poker tables. His charm is a man, Curtis (Ryan Reynolds) who he believes turns his luck around.

The two begin to play with glasses of Woodford in hand. They start from Iowa to New Orleans. Their only goal is to earn enough money just to be able to buy the $25,000 buy-in at a massive New Orleans game.

The movie is essentially a drama with a focus on human behavior and emotions.