The Youngest Son of a Conglomerate Episode 4: Release Date

Files on a paper mill that is being used to launder millions of dollars into an international slush fund are discovered by Hyun-woo. He is urged to hide it by the senior finance manager, but after speaking with Sung-Joon, his conscience compels him to report it. In reaction, Sung-Joon fires the financial manager and elevates Hyun-woo to his position.

His first assignment is to get the slush fund in his new position. Hyun-woo deposited $600 million in Turkey as a result of this. The issue is that Min-young received a recording of his chat with Sung-Joon. The fact that he was diverted and brought to the edge of a rock by none other than that wide-eyed recruit presents an even bigger concern.

The Youngest Son of a Conglomerate Episode 3: Recap

The recruit at least attempts to be repentant but instead repeats Hyun-Tae’s rules to him before walking away as goons shoot Hyun-tae in the skull and cause him to fall to his death. Then, however, he awakened in a kid’s body in 1987. Not just any child; he is now the youngest son of JIN DO-JOON, Yoon-ki, and Hae-in, someone who, in his expert opinion, shouldn’t exist. 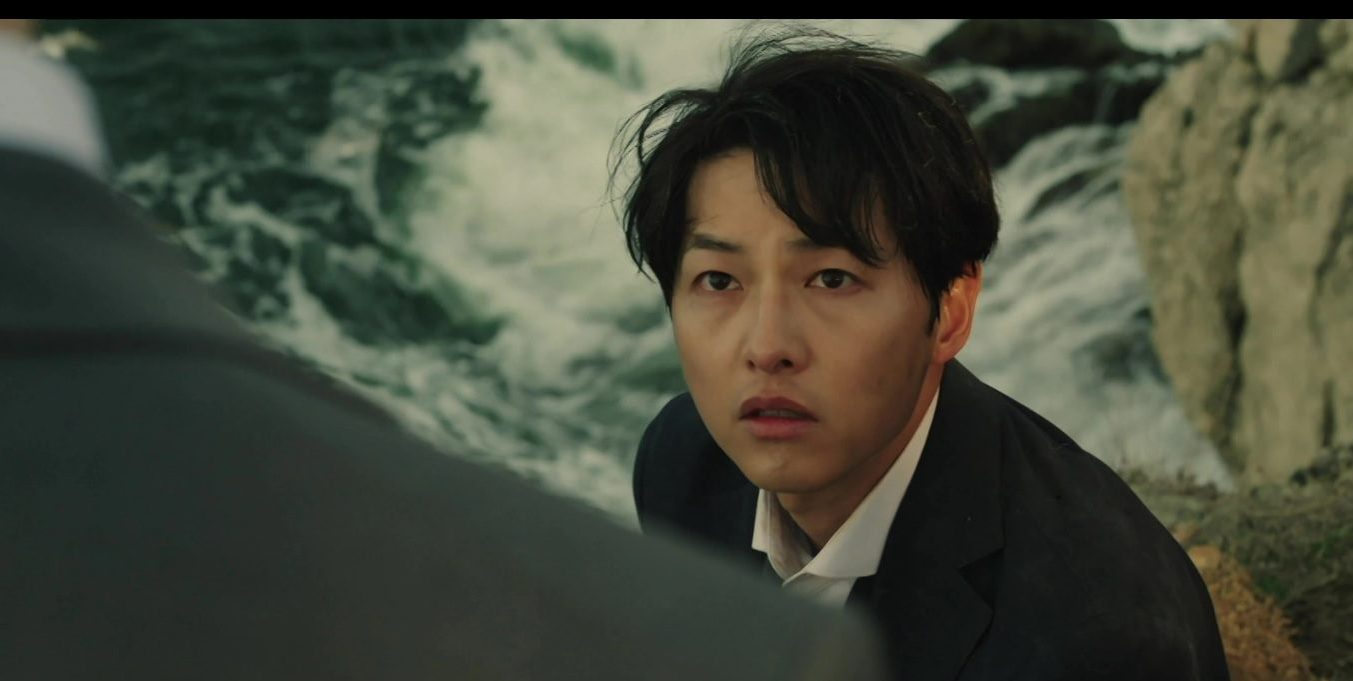 Hyun woo from The Youngest Son of a Conglomerate.

Do-Joon finds it difficult to digest anything, especially when he runs across people who are now gone but were still alive in 1987, such as President Jin Yang-Cheol and his mother. Just before Chairman Jin’s 60th birthday, Do-Joon has “arrived” and stumbles right into Sung-self-defeating-Joon’s vase incident. In that instance, once Do-Joon spots Sung-Joon stealing some of Chairman Jin’s possessions.

Sung-Joon realizes he has been discovered and trips into the vase. However, Do-Joon is unaware of what he sees until Chairman Jin begins to speak, saying, “I’m disappointed in you.” It’s interesting to note that Hyun-woo still lives in this timeline. And once Do-Joon is an adult, he will resemble Hyun-woo in many ways.

Time will tell if there is an explanation for that in the fictional universe or if we wanted to see Song Joong-ki as frequently as we could. Do-Joon determines there must be a purpose for his presence. Specifically to determine who ordered his murder. He makes the most of the time since he has to relive much of his life.

He uses his persuasive abilities to assist the grownups in his immediate vicinity in making critical decisions because he recalls everything from his past existence. Of course, Chairman Jin is the big fish in his sights. Do-Joon begins by advising on which candidate for president to support before suggesting a business arrangement.

A scene from The Youngest Son of a Conglomerate.

This prevents Chief Jin from being outbid by more powerful individuals and also saves his life by persuading him to board an earlier flight, preventing him from being on a tragic plane. Although Chairman Jin is a despotic dictator, he is not an idiot. It doesn’t take him long to realize that this youngster is aware of things he shouldn’t be, whether by intuition, good fortune, or genuine foresight.

They agree: Do-Joon will graduate from Korea University with a law degree; in exchange, his family will be welcomed back to Soonyang gatherings; and Do-Joon will receive land ownership in Bundang, which would undoubtedly eventually develop into a significant development region.

Do-Joon receives $24 million from the property by the time he is 20 and preparing to enroll in law school, which Chairman Jin delivers in cash for shock value. Do-Joon immediately turns around and transforms everything from Korean won to dollars, tripping Chairman Jin’s alarm. Still, the rest of his behavior points to him being an ordinary wealthy college student. Of course, this was planned this way.

However, Do-Joon encounters Min-young, the prosecutor he first met as Hyun-woo, while attending law school. He manipulates a “date” that allows him to join Sung-exclusive Joon’s social club by using her passion for Seo Taiji. Do-Joon, who has gained Chairman Jin’s trust, begins to take his first significant steps against him as all of this is happening.

Yang Cheol from The Youngest Son of a Conglomerate.

When he travels to New York with his dad to attend a film festival, he meets business agent Oh Se-Hyun. Do-Joon enlists Se-Hyun to help him submit the winning bid for the business Chair Jin has been attempting to buy after using a bit of foresight to catch his attention.

Chairman Jin is furious that the purchase was taken from him, and his eldest son, Young-ki, is concerned that Sung’s inheritance may be in peril.

The Youngest Son of a Conglomerate Episode 4 Release Date

The Youngest Son of a Conglomerate: How To Watch