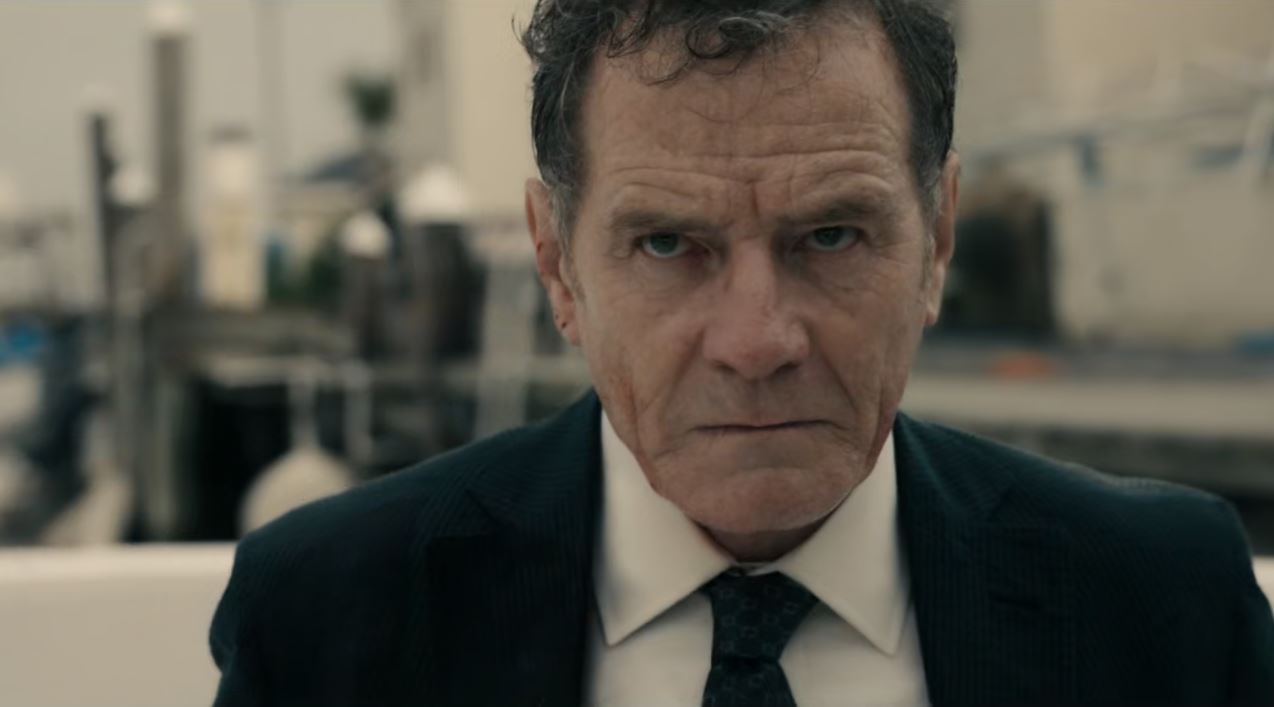 Last week’s episode of “Your Honor” saw some intense stuff that leads the story forward. The show has a unique ability to keep adding to it every week. Truly an amazing episode to watch, “Your Honor” has tied up things with some memorable scenes. There are some interactions between the characters that involve deception and go deep into the psyche of people who face death in their family. How one deals with the pain and what they could do to protect their family.

Michael finds out from Lee that they were able to find Carlo Baxter’s DNA on Kofi Jones. Meanwhile, Carlo is able to up his 150 grand and is returning back to his hotel. Michael joins Trevor to meet up with the Blackmailers, only to be caught by Frankie. Jimmy questions Michael as he knows that Michael’s car was stolen the day after his son died. That meant Kofi Jones didn’t do it. He concludes the facts a bit off as he feels Michael did it and proceeds to shoot him. When Michael plays one last desperate trump card as he pleads and begs Jimmy to spare him. As he feels he can be crucial for the Baxters. 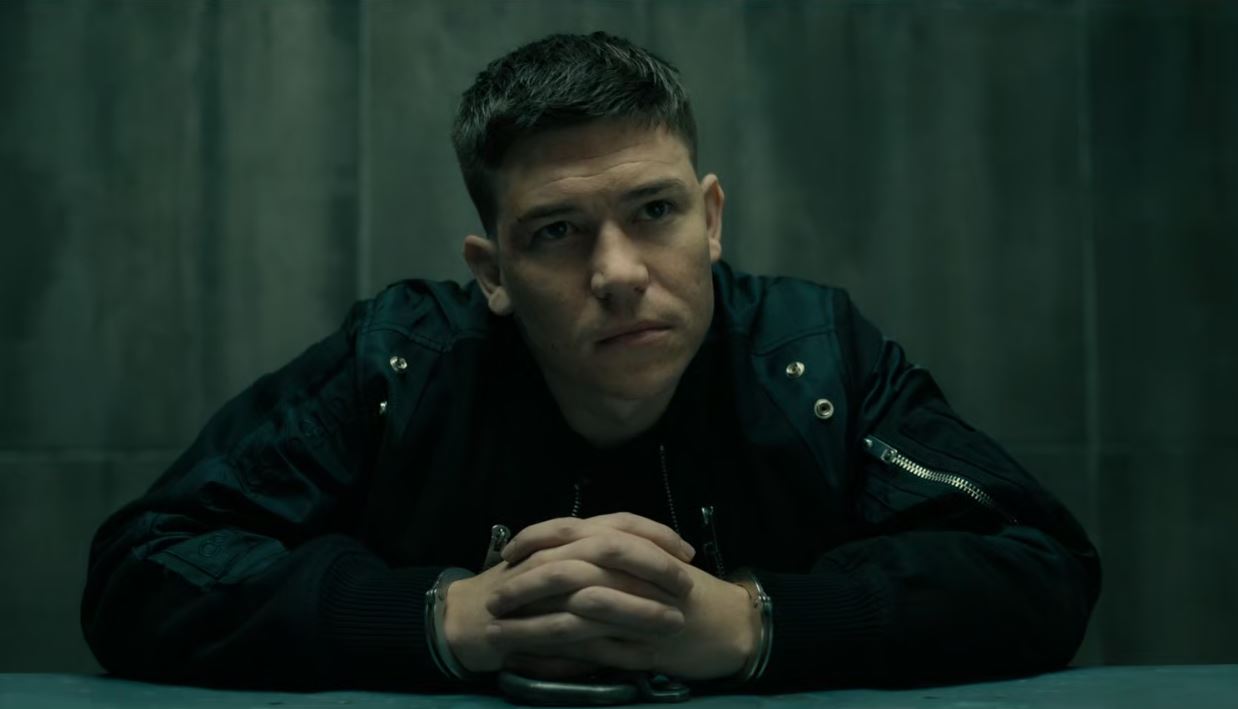 Carlo Baxter is arrested for the first-degree murder of Kofi Jones.

This week’s “Your Honor” wastes no time as we get right back where we were left off. As Jimmy learns of police charging down on his son Carlo Baxter, he hurries away. Carlo was being rung up for the first-degree murder of Kofi Jones, and Jimmy needed to get him away from his hotel. The episode starts with Jimmy speeding his car through the streets in the hope of reaching his hotel. He tries calling Carlo, but he avoids picking up his call as he was ecstatic with the money earned. Jimmy even left him a message, but to his dismay, Police arrive early and arrest Carlo.

Michael is a judge and has certain standards and ethics set throughout his life. But now, when his son is a culprit, he has started falling short of them. First of all, he scrambles to protect his son, Adam, by not handing him over to the cops. Later, he fell well short of his standards as he allowed Kofi Jones to plead guilty for his son’s crime. Which ultimately led to the death of Kofi as well as his family members. Now, due to a misunderstanding from Jimmy Baxter, he agrees that he was the one who hit and run Rocco Baxter. Situations elevate as Jimmy kills off Trevor, so Michael is now directly or indirectly involved in the death of Kofi and Trevor. And if he were to save his son, he must continue with this façade. 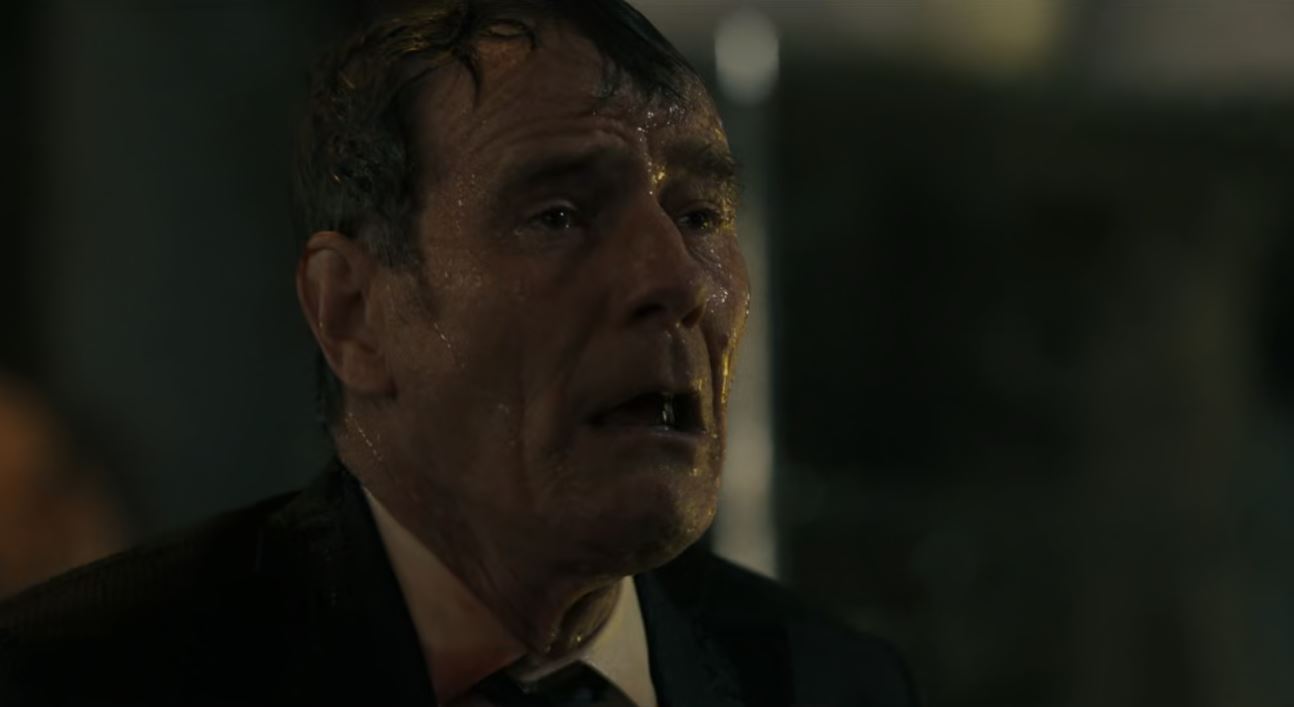 Even so, Michael still believes himself to be a good person who is completely contradicting his actions. He is untethered when Frankie is about to shoot an innocent bystander on the marine. He is driven by his desire to protect his son as he helps Frankie dispose of the body by dragging it across the marine and even dumping it into a boat. Both of them tie Trevor to something, which seems like a hefty exhaust fan, and drop him down the middle of the waters. As the weight pulls the body down, the body is nowhere to be seen. During these scenes, there even is a part where Michael has a box cutter and was about to commit a crime himself as he weighs his options of slicing Frankie to death.

Later, Jimmy confronts Michael with a question, which starts building a different train of thought for him. He asks Michael what kind of a human being hit a boy with his car, stole his phone, and left him to die. Michael staging an act, tries to cover up for his son, but the depth of his son’s crime starts manifesting in him. Jimmy starts to make Michael feel the guilt as he tries relating Rocco’s death with Adam. But Michael retaliates with his own set of questions regarding the deaths of Kofi’s mother and his little siblings. 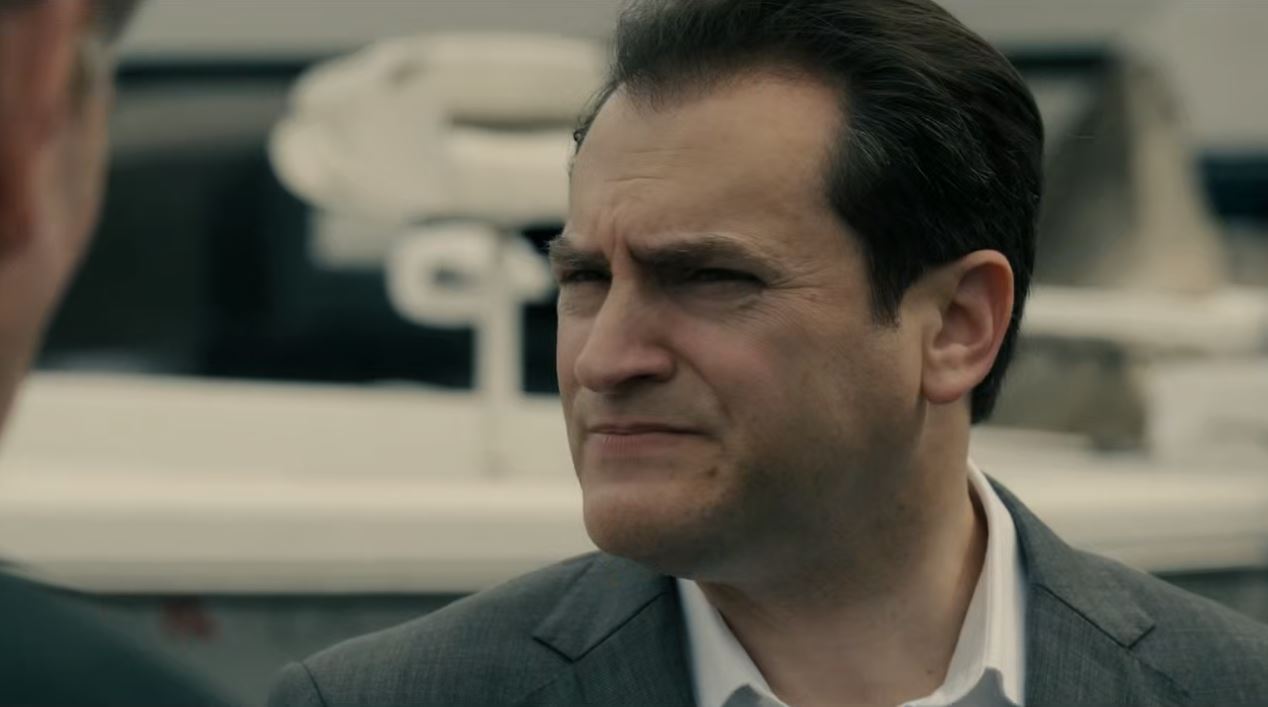 Jimmy confronts Michael after trying to prevent his son’s arrest.

Giving in, Baxter helps Michael bailout from his own question. He tries to relate with Michael talking about the lengths a father would go to protect his children. This puts them both on a similar moral footing. Baxter explains his psyche after losing a child. He feels that there is not only terrible pain in the loss but also an overwhelming sense of failure. This arose from the inability to protect their own as nothing else matters anymore, giving a sense of Freedom. Michael believes he doesn’t have that level of cravenness yet, but it’s a relief that there is someone who understands him.

As Michael was cleaning up the blood and viscera scattered across the boat, his guilt started manifesting. Being a judge for years, he had heard about plenty of murders and methods used, but it was the first time he had a hand in it. This could lead to a string of crimes from Michael himself as we had seen earlier, he considers killing Frankie. Now he was pretending to be the one to hit Rocco, meanwhile wondering if Adam deserves to be punished. He, for the moment, felt he was doing the right thing protecting his son, but something doesn’t feel right about getting away with it. 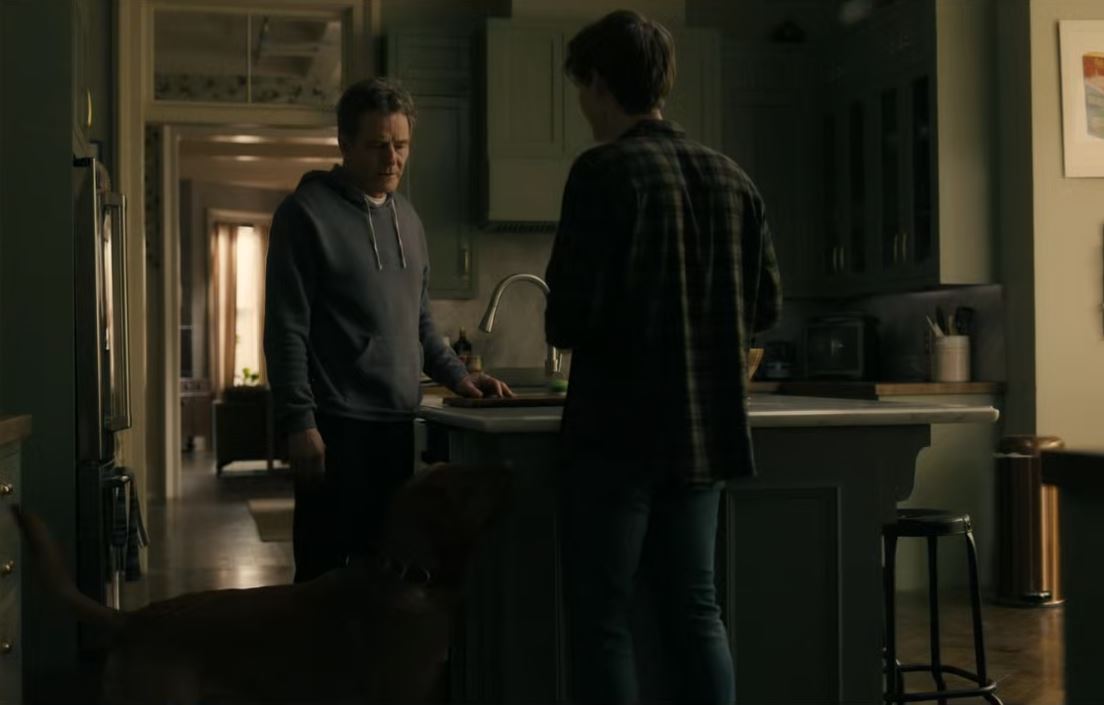 Michael makes up a lie to Adam regarding the white chunk of meat.

Michael’s guilt keeps following him all the way from Marina as a piece of Trevor’s brain gets stuck to his pants. Adam finds it puzzling as to what that grey-white chunk was. But, Michael makes an excuse of the meat being offal that the butcher had set aside for their dog, Django. Adam is convinced as he feeds it to Django. But that wasn’t the end of it. Later, Michael’s friends had gathered for his surprise birthday party where Django barfs up the piece of meat, reminding Michael that he cannot dispose of his sins so easily. This was a truly inopportune moment as he had only some time ago confessed his love for Lee and was surrounded by friends. But, he must now deal with his conscience and think of a plan to further his cause.

Michael had promised Jimmy that he would be the judge in Carlo’s case, but as it turns out, the case is handed over to Judge Sara LeBlanc. Now Michael must think of a way to help Carlo in his case by manipulating the system. Meanwhile, his problems soar higher unknowingly as Nancy Costello knows that someone tipped Baxter off to Carlo’s arrest before it happened. Costello is starting to believe that there is a mole on the inside. 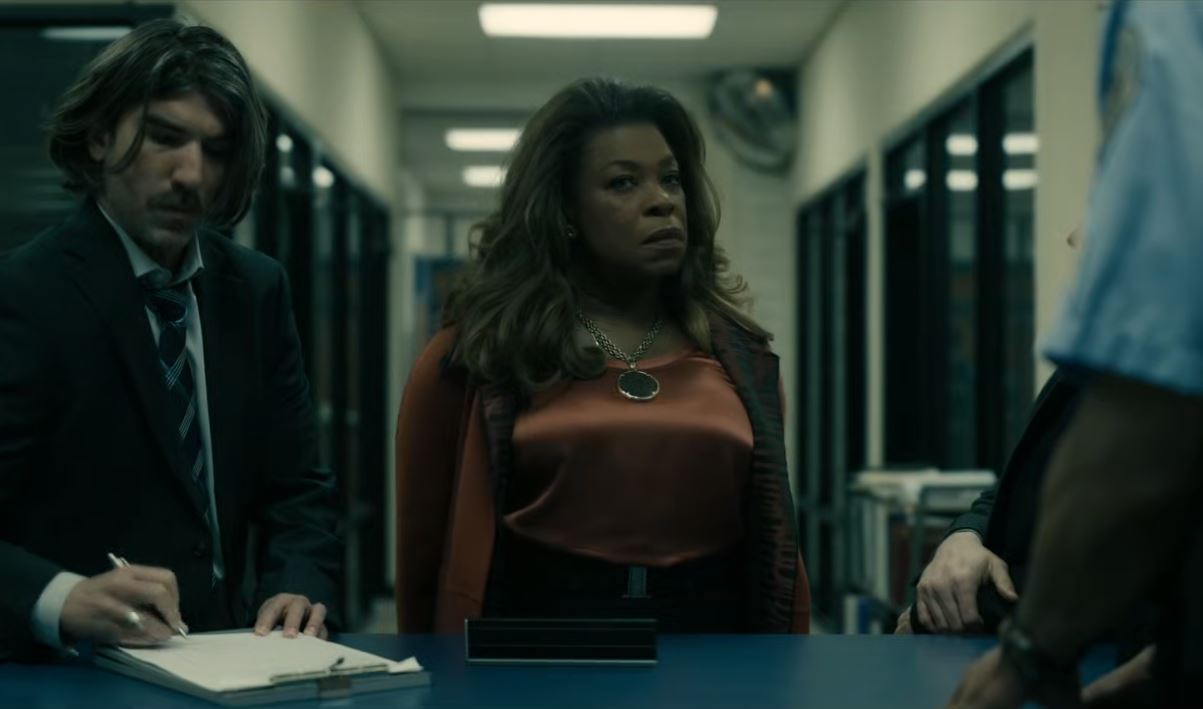 Judge Sara LeBlanc is arrested on the allegations of driving while intoxicated.

At the end of the episode, we follow Judge Sara LeBlanc as she gets pulled over by the police. It seems like Michael had a part to play in it as he asks Sara out for drinks. She is later is arrested on the allegations of driving while intoxicated, and one could only imagine if it was Michael who called her in. This is a subtle way for “Your Honor” to display the system and how easily it could be manipulated with some clever thinking.

This episode of “Your Honor” was brilliant as it has been some time we have seen a show with such deception, guilt, and desire within the characters. Each of the characters, from Michael to Jimmy, have their own virtues and consciences. Their desire to protect their family is simply too high, causing them to cause such acts of murder. In terms of cinematography, the show makes use of adequate lighting and camera shots. This made it possible for us to understand the character’s minds. And while there are some questionable scenes and scripting, “Your Honor” does create its mobster-like-charm, making the audience wait for the next week’s installment. Only time will tell as we follow the man, once the symbol of virtue and justice. And now, he was ready to go against his beliefs to protect his son.

You can watch all the episodes by “Your Honor” on Amazon Prime Video, Hulu, and Showtime.