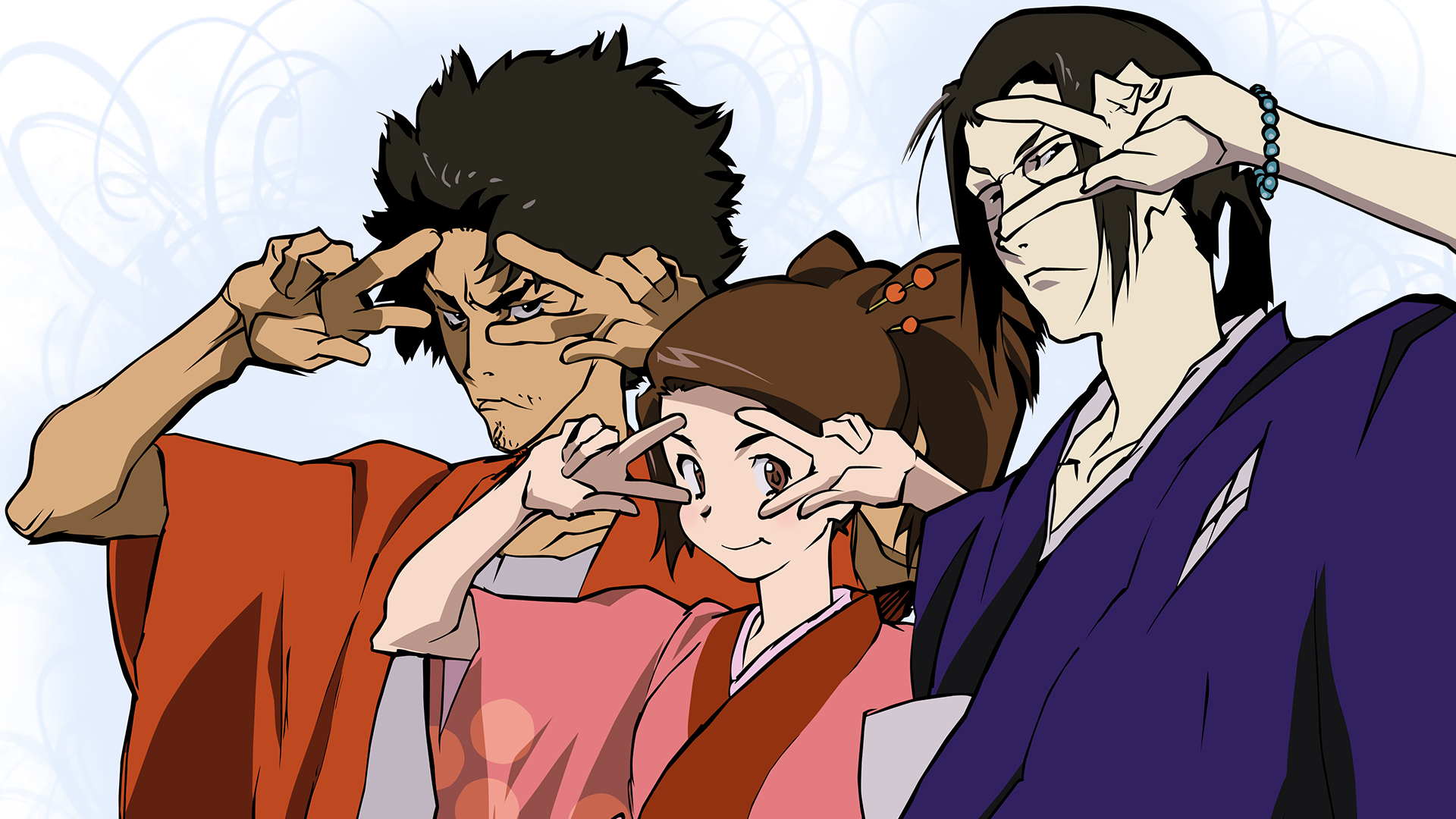 Anime usually is made after the success of its manga or light novel but there are some anime that are not based on any. They are original in ideas and creativity but sometimes failed to get the attention needed for their success. Sometimes the become classics and regarded as a standard in quality of anime in terms of story, characterization, direction, animation, and production quality. Here are some anime that you should watch if you like the original ideas and creativity.

Anime shows listed in this post are in random order!

samurai Champloo is the second effort by its director Shinichiro Watanabe after the success of Cowboy Beebop and he did a great job in making this anime. The anime follows 3 characters Mugen, an impudent and freedom-loving vagrant swordsman; Jin, a composed and stoic rōnin; and Fuu, a brave girl who asks them to accompany her in her quest across Japan to find the “samurai who smells of sunflowers”.The show has drawn huge influences from Hip hop, rap, and lo-fi music, and the soundtrack of this is created by none other than Nujabes who is credited for making lo-fi music a cultural phenomenon.

FLCL aka Furi Kuri or Fooly Cooly is a blend of sci-fi and action and since its release, it has got a cult status among its fans majorly in North American regions. The anime tells us the story of Naota Nandaba, a twelve-year-old boy whose life is disturbed by the arrival of the alien woman named Haruko Haruhara. The Vespa which Haruko rides has also become a pop culture hit and She also ranks among the most popular female characters in Anime history. The anime starts off with beautiful cinematic shots and then the tables turn when Haruko enters the scene with on her Vespa with a guitar.

ID: INVADED is an original anime that was released in January od this year and quickly gets the attention of anime fans across the world as the plot of this anime is complex.
The anime revolves around Sakaido who used to be a renowned detective but was jailed as she killed her daughter’s killers, so now he helps the police to caught criminals and living his life in jail. Later on, it also gets a manga adaptation which is quickly becoming popular among the fans of this anime. The anime is detected and written by Ei Aoki and Ōtarō Maijō respectively and produced by Naz studios.

Psycho-Pass is one of the few anime which is known for sci-fi and cyberpunk themes. It has 8.4 ratings on My Anime List. Best known for its good plot and production quality. It has a complex story that will keep you on your seats, and you will binge it. This anime is regarded as one the best cyberpunk shows which never shies from showing us some bold storylines and is the take on the future our sport and human psychology. It is a deep dive into the future of the human race. The anime shows Akane Tsunemor who is the protagonist of this show, newly joined as an Inspector, a specialized police officer who works to apprehend these latent criminals and stop crimes before they happen.

Ergo Proxy is a sci-fi anime series that is heavily influenced by philosophy and Gnosticism. It is a mixture of 2d and 3d animation. It got praised by the critics for its visuals and theme. The plot is set in the future in a city called Rondeau in which humans and androids known as AutoRievs coexist, the problem arises when there is a virus outbreak that causes androids to self-aware and becomes self-conscious, and they start murdering people. Watch it of you like dark cyberpunk-themed series; gothic vibes is a plus point.

Cowboy Bebop is one anime that is a mix of genres, like sci-fi, neo-noir, and space western one who is a fan of any of these genres can watch it or a classic anime fan in general. Additionally, its voice acting and writing are on the next level and was among the best in that period. Steven Blum gave a performance of a lifetime as Spike, It is directed by Shinichiro Watanabe and still remains one of the best of his works. The anime follows the adventures of Spike a bounty hunter and the crew that includes Faye Valentine, Jet Black, Edward, and their dog Ein who hunts criminals and takes rewards around the universe.

Neon Genesis Evangelion is one of the best-known mecha anime series; now, you can stream it on Netflix with two sequel films which are also available to stream.it is produced by Noriko Kobayashi made by Gainax and Tatsunoko Production. It is popular among fans for its classic animation style and controversial ending. Its characters Shinji and Asuka are among the most famous anime characters from the 90s and anime history in general.
The series follows our protagonist Shinji, a teenage boy who was recruited by his father named Gendo to the organization Nerv to pilot machine called an “Evangelion” to fight with alien beings called “Angels.”

This anime is also directed by Shinichiro Watanabe who is known for making original anime and is considered to be on the best original creators working in the anime industry. It is a psychological thriller that will keep you on your toes until the end . the show features a basic plot but the storytelling is on top and the major part of this anime’ s success, but it also got some backlash for its portrayal of terrorism. The show is set in an alternate version Tokyo, where two teenage boys name Nine and Twelve, steal a prototype atomic bomb in an apparent terrorist attack and send riddles to solve to police in order to solve the big bomb blast in the heart of Tokyo.