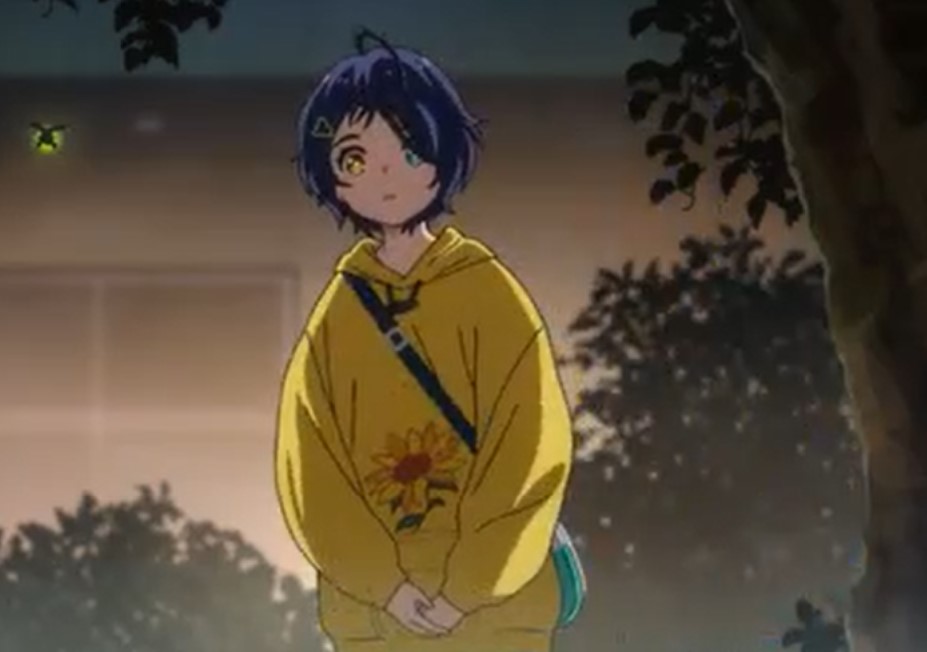 In the latest Wonder Egg Priority episode, Ai almost got run over by a car try to protect a dead bug. She took that bug and buried it when she buries it; the bug came back to life and talked with her. The two became friends, and the bug said it would show her reality. The next day in the morning, when she wakes up, she finds an egg near her. Ai took that egg, thinking that she must crack, warm, or eat it.

She just enjoyed playing with that egg. Every day in the middle of the night, she sneaks out and goes somewhere. One day when she sneaks out, she appeared inside the school and wonders why she is inside the school when she knows that it was in the middle of the night. A mysterious incident started to haunt her. When she runs away, she ends up hiding inside the restroom, and the tissue told her to break that egg because it is a Wonder Egg.

Ai breaks that wonder egg, and it grows big before it cracks. All of a sudden, an unknown girl emerges from that egg. She cleans herself up and asks Ai why she has to break it inside the restroom. Ai waited for her outside, and when she gets out, she saw an evil teacher carrying an Axe with her evil army. The girl told Ai that they have to run now, and Aio asks why. That cruel teacher throws an Axe towards the two, and it slices the unknown girl’s hand.

Ai and the unknown girl started to run. The evil teacher and her Axe gang begun to chase the two while throwing Axe. Ai asks what those things chasing them are, and the girl reveals that they’re Seeno Evils. Ai and the girl got corned in the middle of the school passage, and Ai notice that she is injured. They managed to break through and went to a safe hiding room. The girl asks Ai to show her injury, and she finds that it has disappeared.

The girl said her injuries don’t disappear, just like Ai’s injuries. She reveals that it might be a dream to Ai, but to her, it is reality. They will keep running until the bell rings, and she tells Ai not to be scared. The evils are haunting only her, and Ai is an immortal in her world. Ai asks why this is happening g to her, and the girl said that because she brought an egg. The girl asks Ai if she has friends, and Ai replies that she doesn’t need them.

The girls said that she shouldn’t have broken the egg, which means that the two are now friends and the evils manage to catch up with them. Ai decided not to run while the girl fled, and she found that they don’t attack her. Later, Ai enters another room that leads her to the top floor. When she looks down, she finds out that Koito is dead, and it seems like she has jumped from a high building.

Ai mourns Koito’s death, and she started attending school regularly, but she is always using her cellphone. Ai had a flashback before Koito passed away, and she remembers when she was playing games. Koito befriends her, but Ai told her that she doesn’t want to make friends. She asks why and Ai replies that because she is ugly. Koito plays with Ai’s face and tells her that she is not even a little ugly.

One day Koito visited Ai, who still doesn’t want to make friends. She keeps on telling herself that she has no friends. Koito gives Ai her bag and umbrella that she forgets at school. Koito notices that eyes have two different looks, and she keep on hiding the left one. She advises her that she must not be ashamed of it. Ai reveals that she gets bullied for it all the time. Koito comforts Ai and asks her to become her best friend.

Back to the present, Ai started to regret that it is her fault. She thinks that she had betrayed Koito before Koito passed away. While she is sitting near Koito’s statue, that girl shows up again and waves at Ai. Ai smiles back at her and notices that the Axe gang is still after her. The girl is glad that she made it until the bell rang. Ai realizes that she might lose that girl just like Koito and helps her defeat the Axe gang. Later the girl reveals that she is Kurumi Saijo, and they become friends.

With all of the latest preview and recent updates, this upcoming episode has to offer us. With us here, we will keep you updated. You can also try a new anime like this one on our Weekly News Update for the latest episodes and manga chapters.