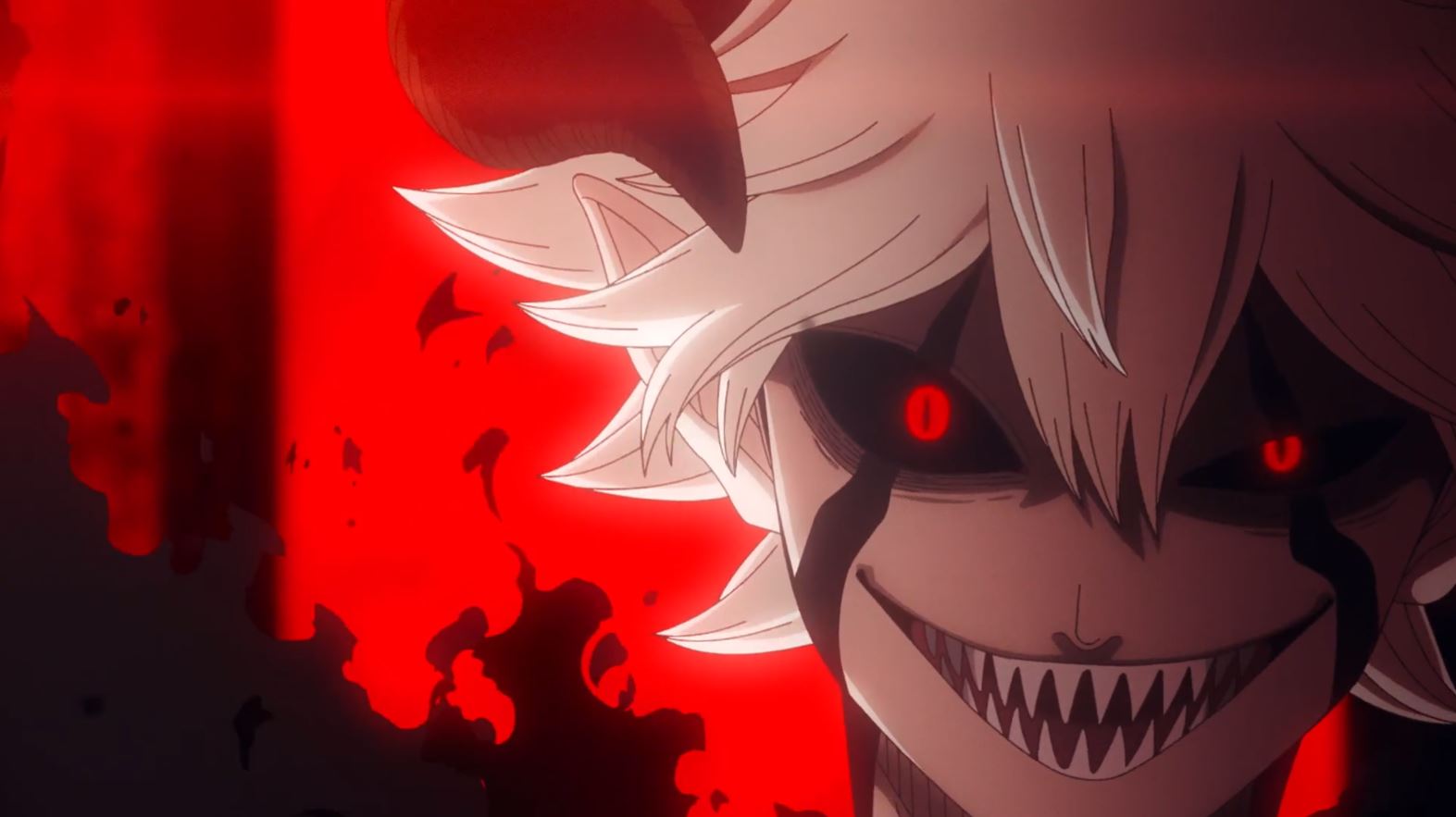 Waiting for your favorite series to make a comeback soon is hard. The Black Clover anime series is one of them. Premiered in the fall of 2017, no one thought Black Clover would come such a long way. Even the manga has become the most awaited series among the fans. Written and illustrated by Tabata Yuuki, Black Clover has a total of 170 episodes. The story revolved around Asta having a Five Leaf Grirmoire with a Devil inside it. However, it was only at the ending of the anime that we were introduced to Liebe. So, here we shall look into some facts about Liebe.

Yuuki’s protagonists, Asta and Yuno, were abandoned at a church. They were not siblings but grew up together. While Asta is one of those airheads, like Hinata Shōyo, Yuno is one of those protagonists who shows off his coolness. But Yuno wasn’t the same when he was a child. Yuno was actually a crybaby. He changed after Asta told him that even orphans like them could become king someday.

Yuno came off as a prince of Spade kingdom, while Asta’s backstory was no less. His pact with the magicless devil has got fans curious to know more about him, just how Asta wants to know more about Liebe as well. So, without any further delay, here are some interesting facts about Asta’s devil, Liebe.

Also Read: How Strong is Liebe in Black Clover? Powers and Abilities Explained

Before stating some facts, let’s get to know Liebe first. A low-rank devil from the underworld, Liebe is an outcast in his own world. He was always bullied and tortured by high-rank devils. One day, it got to an extreme length where Liebe was kicked out of the underworld realm. Thinking Liebe would die hitting the gates of the underworld, one of the devils hurled Liebe towards it. However, Liebe having no mana, was not bound by the gates and slipped past it.

He resides in Asta’s grimoire and has made a pact. Now wanting to know more about him, let’s see some of the most interesting facts about Liebe.

10 Most Interesting facts about Liebe:

10. Liebe did not have magic

Liebe is not only a low-ranking devil, but he has no power as well. It was his powerlessness due to which he was able to cross the gates of the underworld and also survive while being around Licita. 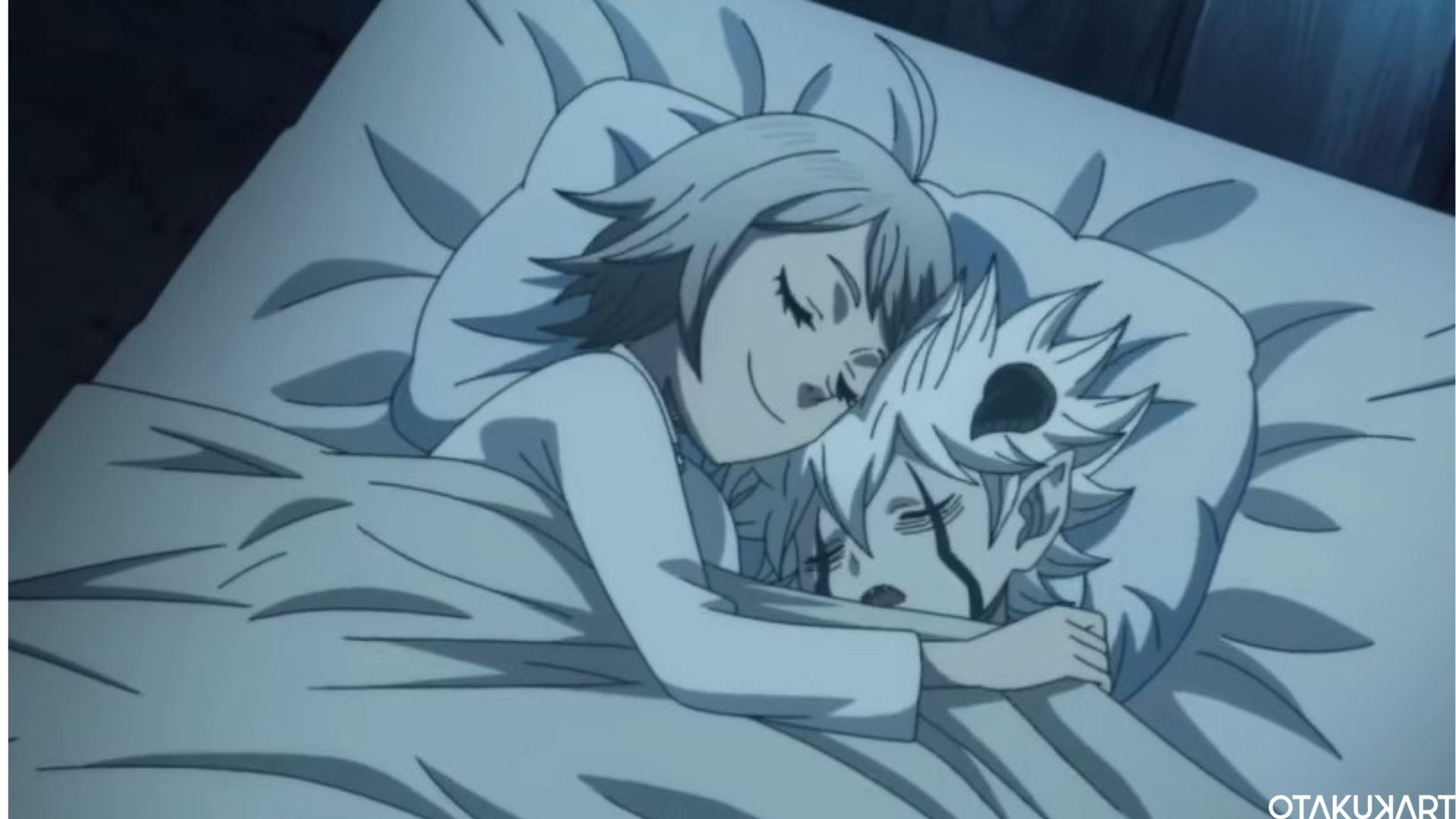 Liebe could still be alive, staying next to Licita, who drains life and/or magic, because he did not have any magic in him

Liebe is just like Asta, or should we say Asta is just how Liebe used to be. Liebe had no mana, nor did he have magic in him. The reason is unknown, but making him an exception worked. Liebe’s mana-less and magic-less self saved him from being killed after crossing the gates of the underworld to the Clover Kingdom. 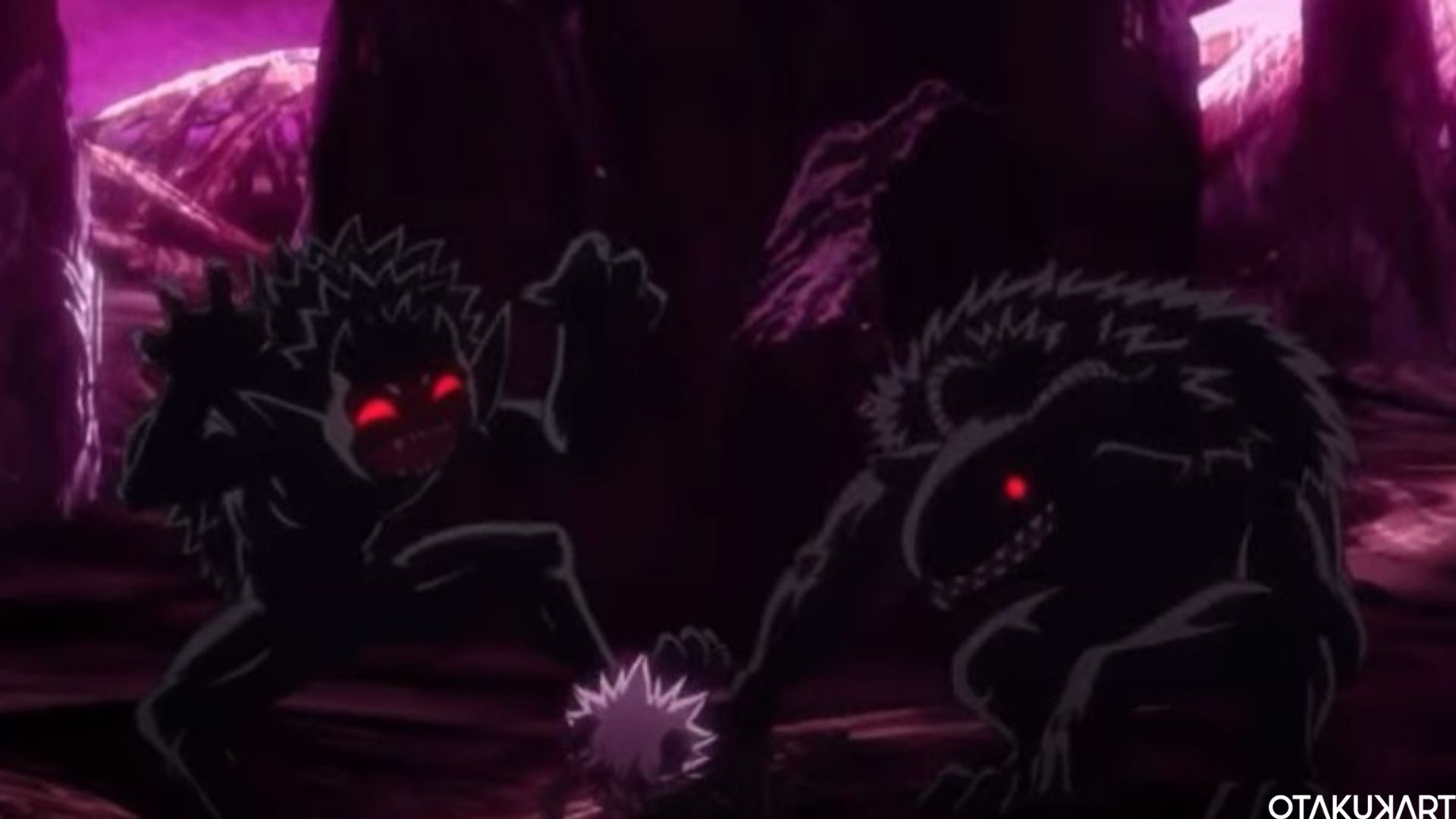 Liebe being bullied by other devils, because he had no power at all

8. Liebe was sealed in the five-leaf grimoire

While accepting death, Licita couldn’t do much for Liebe except for sealing him in her five-leaf grimoire. Licita used her magic and sealed Liebe in the hopes that he would become strong in there. 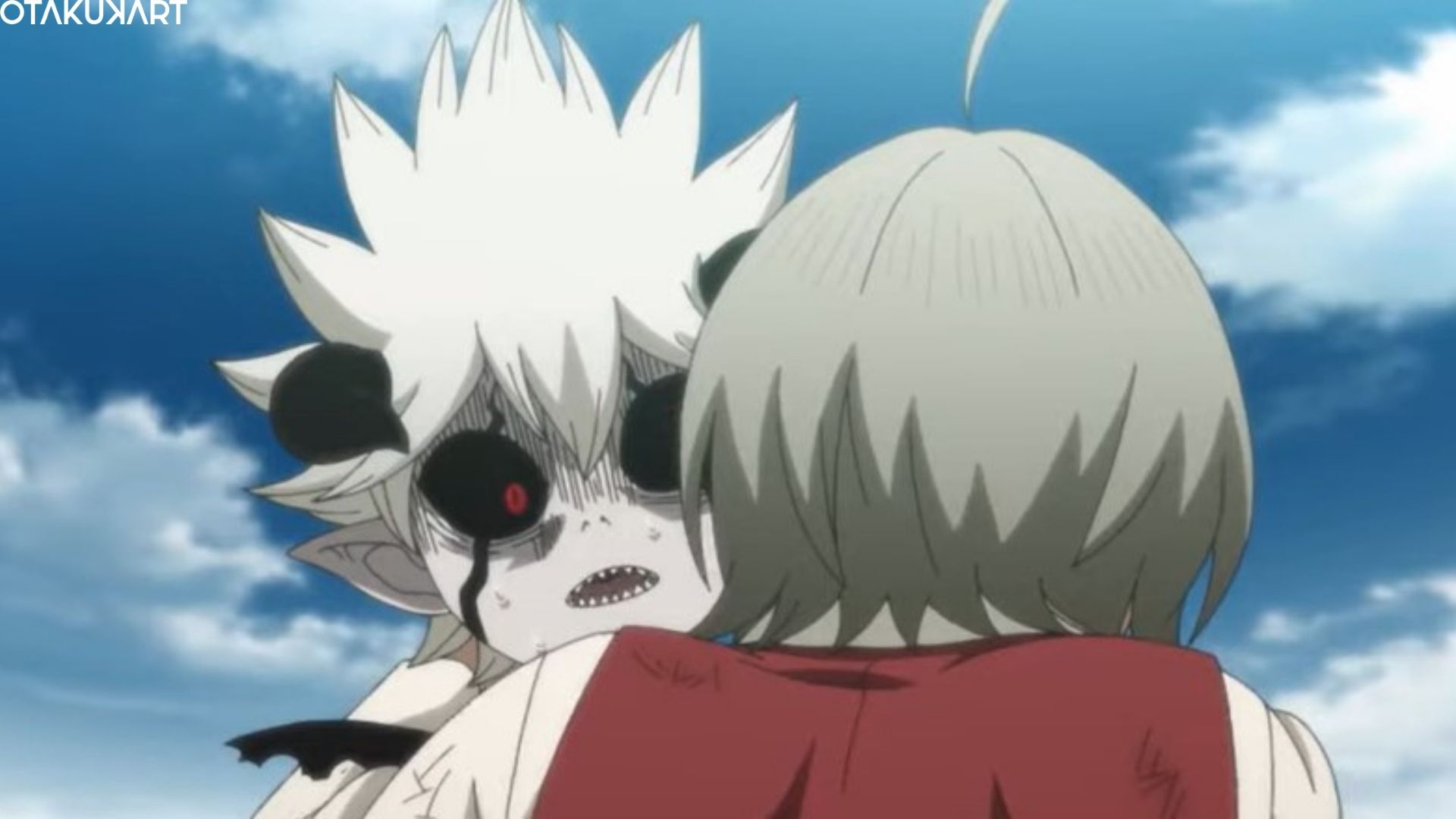 Licita decided to seal Liebe off in her five-leaf grimoire and wished for him to be stronger and more powerful.

7. Liebe has grown strong in the meantime he was sealed

While being sealed off in the five-leaf grimoire of Licita’s, Liebe became strong. Once weak and fragile, Liebe was no more now. His anti-magic has led Asta to hold more power. 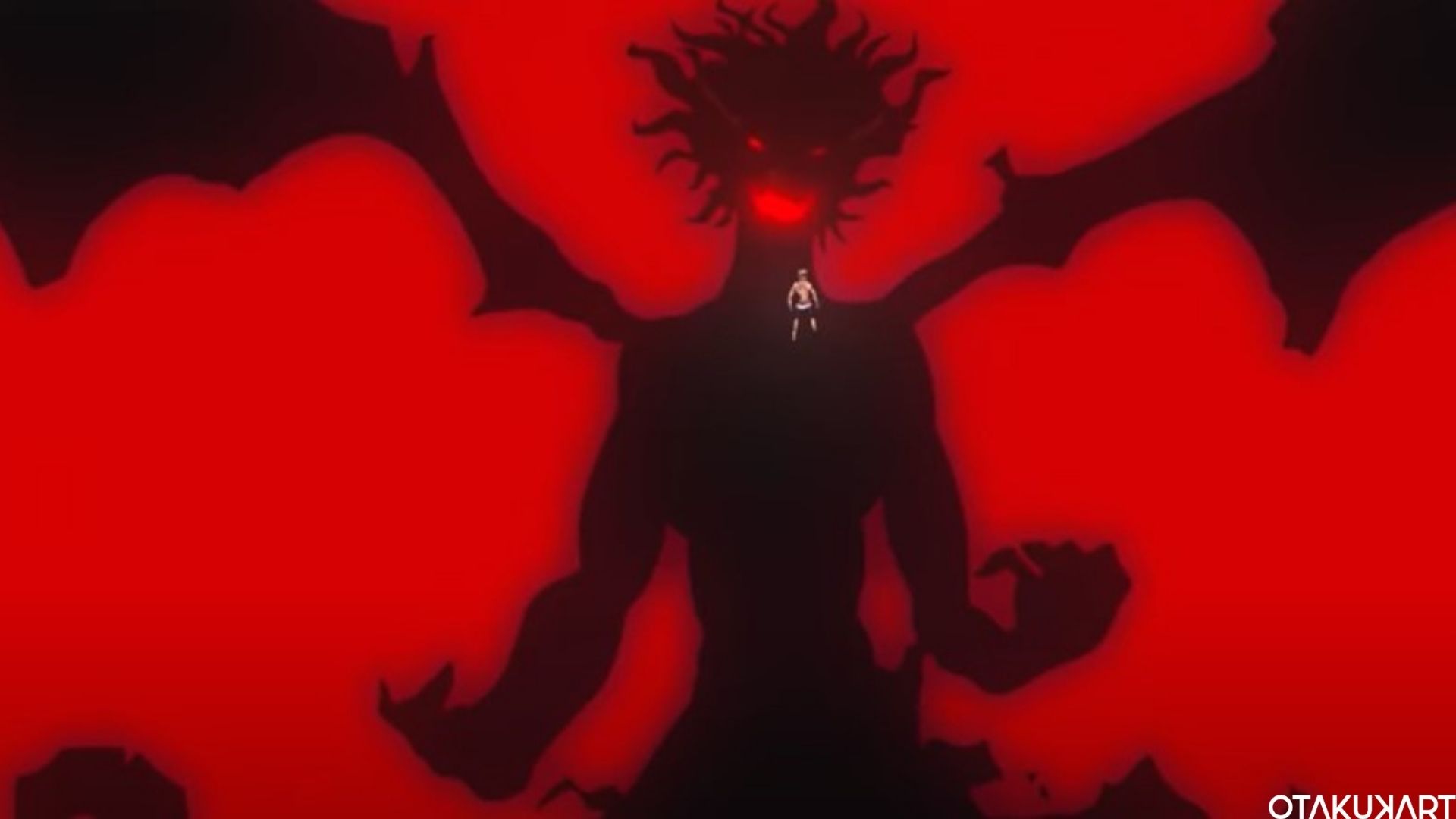 Liebe in his demonic form

6. Liebe is the source behind Asta’s anti-magic

Asta’s anti-magic has always been something fans were curious about all the time. No one, not even Asta knew about his anti-magic source. Though it was made known to all that Liebe, the low-ranking devil who had no power at all, was the source. 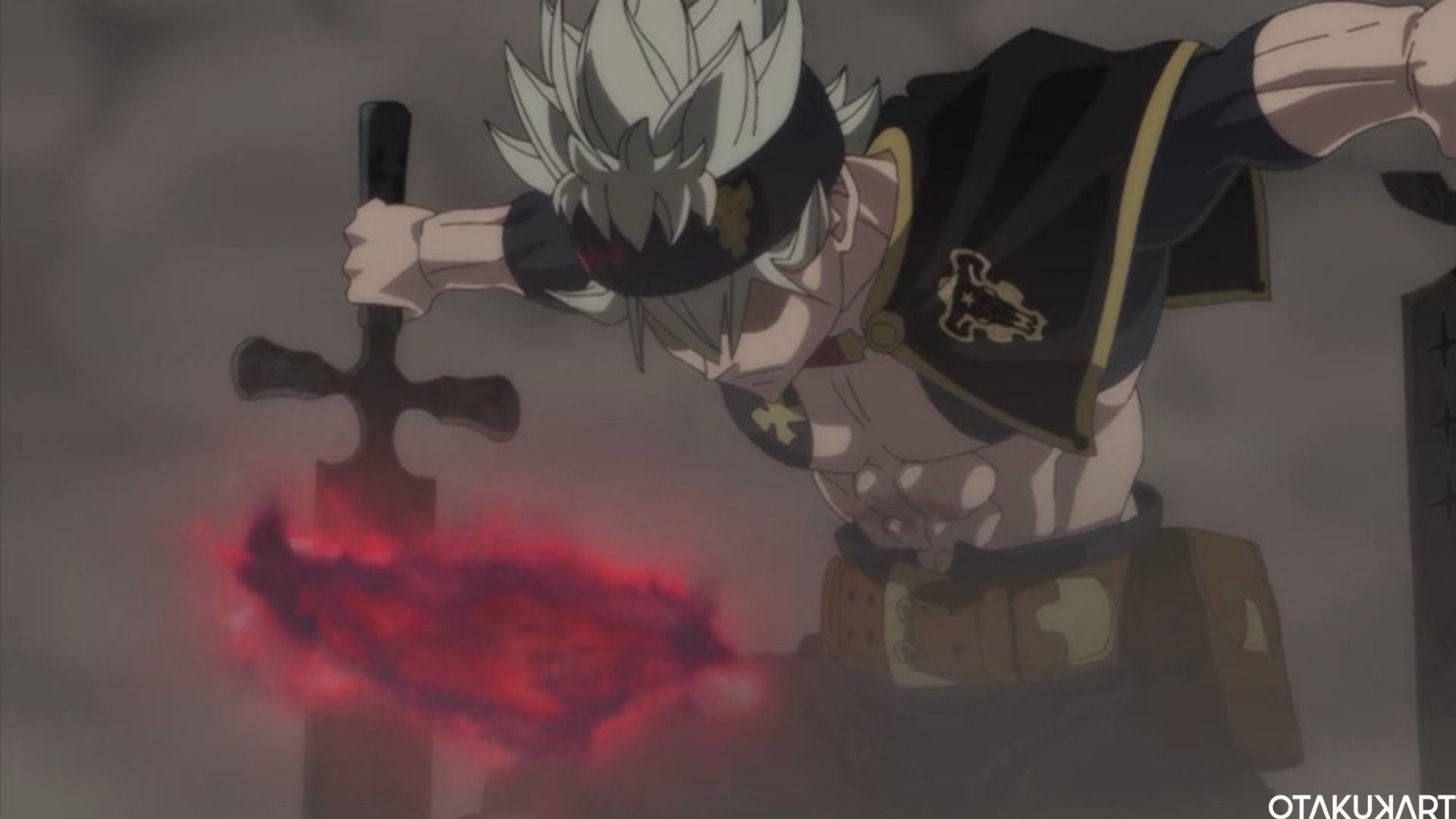 Being able to nullify magic takes immense mana, and its after-effects are strong. However, Liebe has no mana, so he is easily able to handle the nullification. Liebe, hence, is also able to coat the swords with his anti-magic. After Asta and Liebe formed the contract, they both had successfully been able to bring the most out of anti-magic. 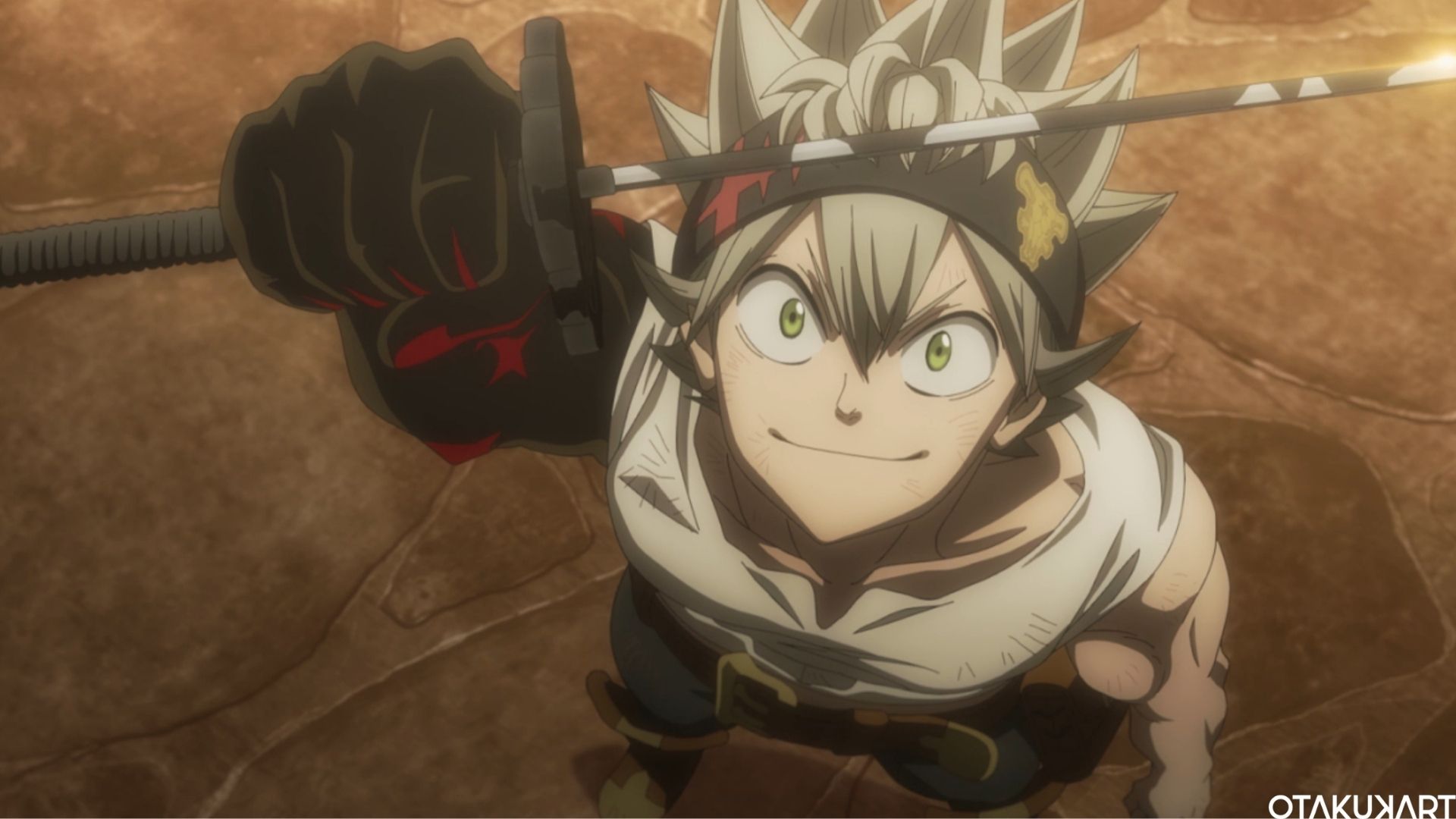 4. Liebe hates his own origins: Devils

Not only is Liebe hated by other high-ranking devils, but he also hates them. He was bullied, kicked, pushed, dominated, and no one came up to save him, not even once. His hatred increases more due to his loss. Liebe lost his only warmth, Licita. 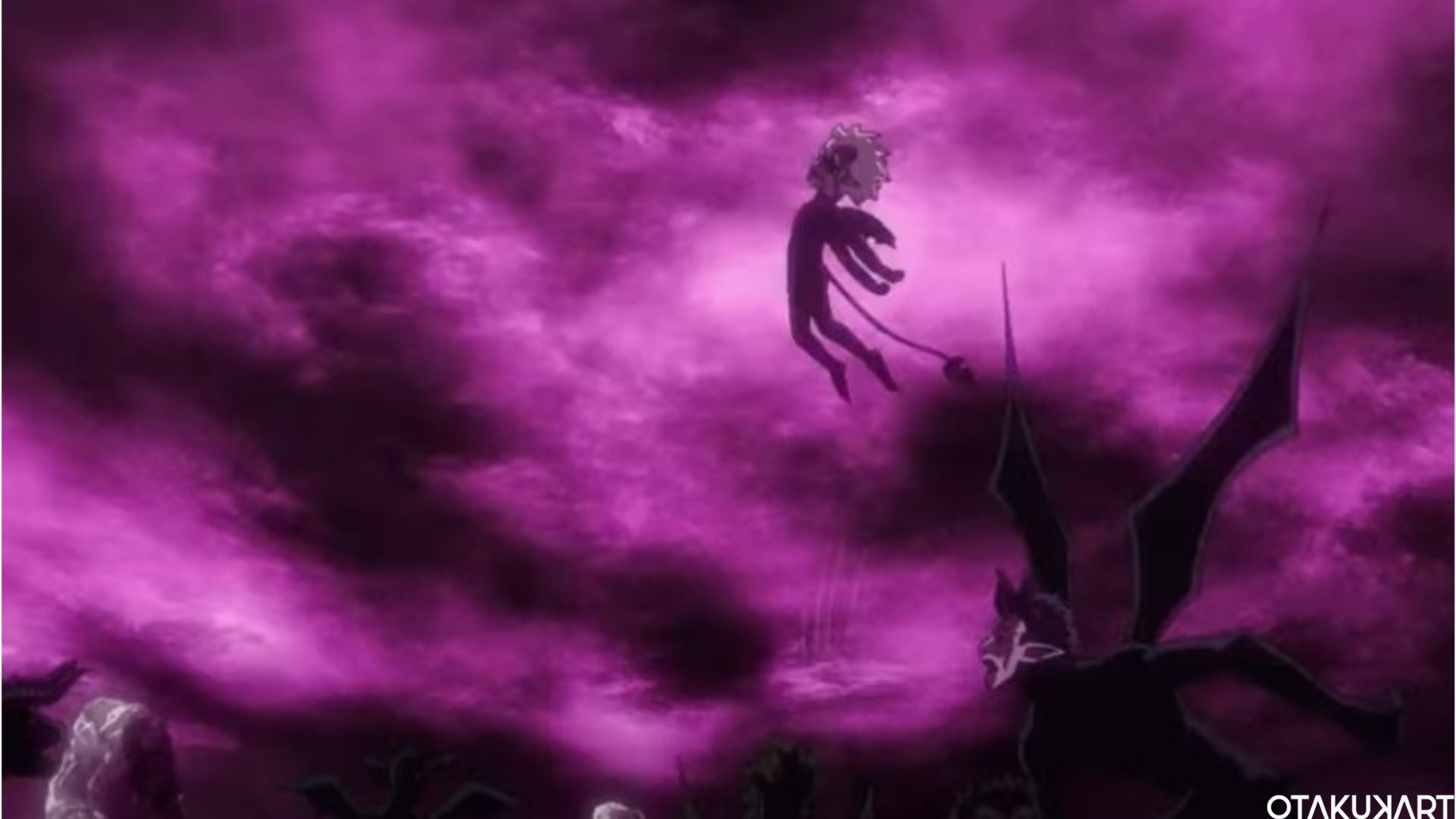 A ticked off high-ranking Devil threw Liebe out of Underworld

3. The name Liebe was given by Licita

While Liebe had been treated as no less than trash in the underworld, when asked what his name was, Liebe couldn’t tell. Licita did not brood over that and instead named him. She named him ‘Liebe,’ which is what we know him as. 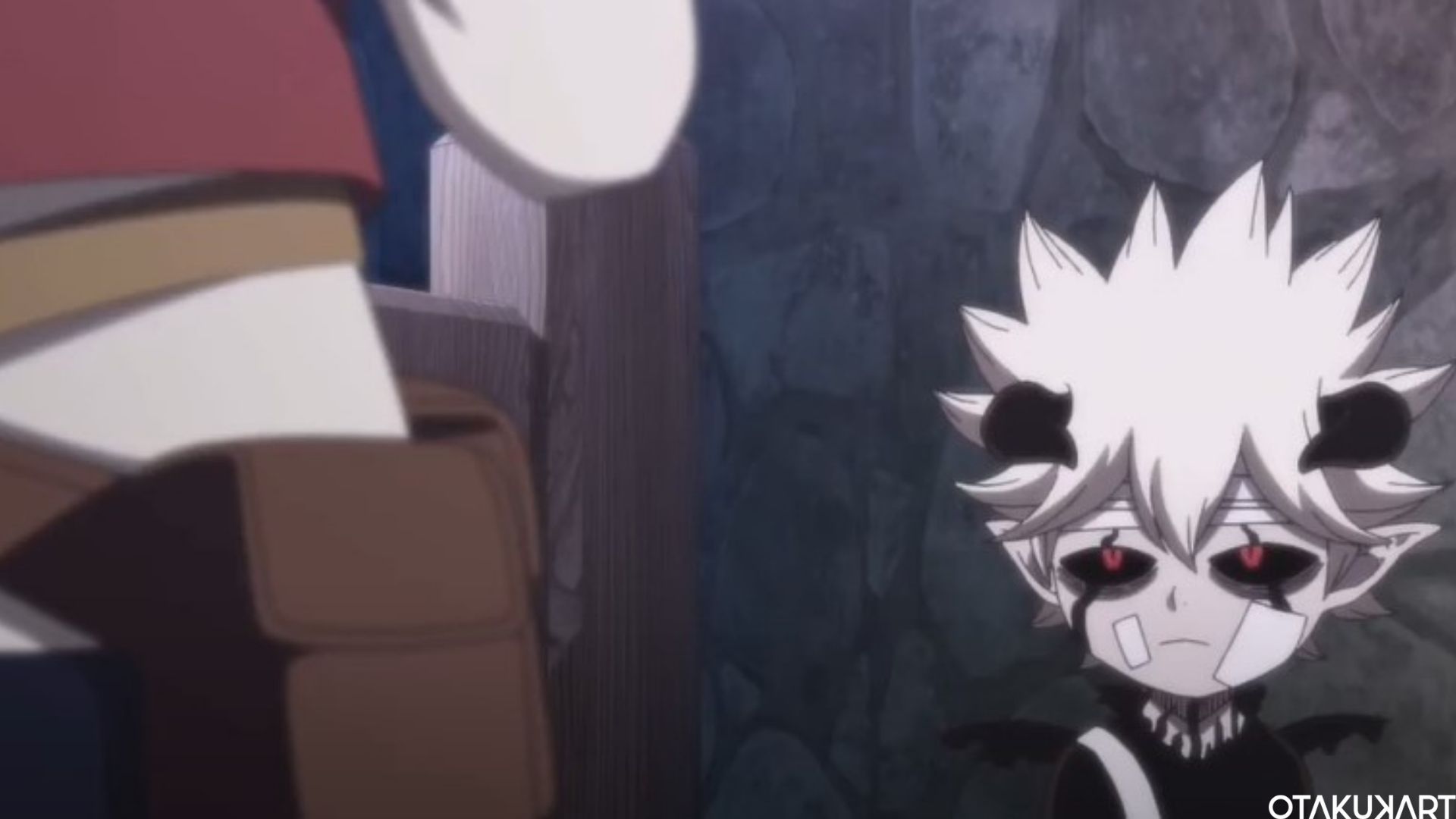 2. Liebe has been adopted by Licita

While Liebe’s condition was worse, Licita was in somewhat similar condition. Because her magic would drain the magic of other beings, Licita was also treated as an outcast. After finding, healing, and treating Liebe, he could not help but think of Licita as his mother. While she was dying, Licita put Liebe inside of her five-leaf grimoire. That was when Liebe called Licita ‘mom,’ for the first and the last time. 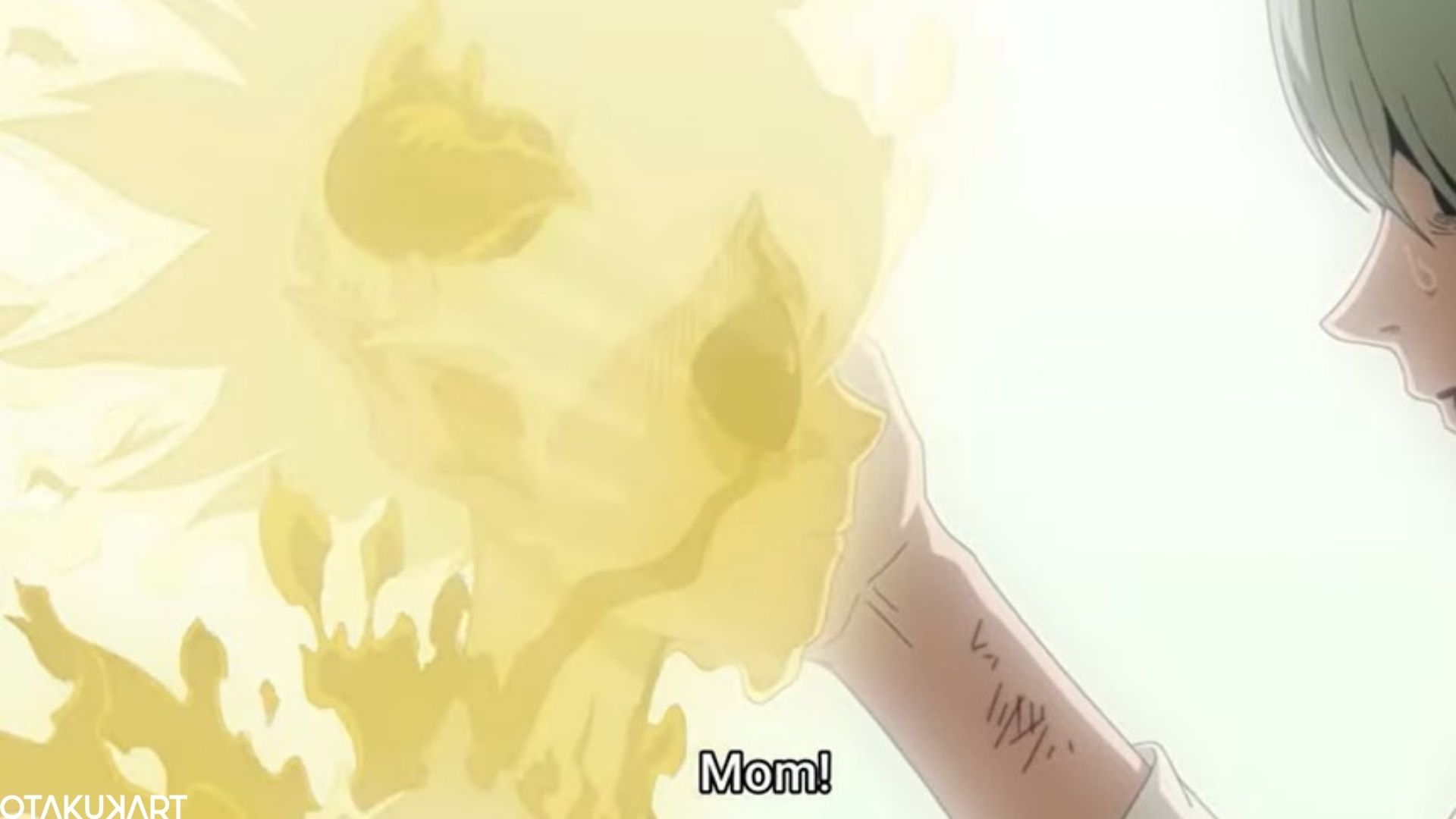 Making a devil their servant is what is expected from everyone. When Nacht summoned Liebe for a pact-making, Asta and Liebe had to fight for only one could be a winner. Even though Asta won, he did not tie Liebe in a master-servant relationship. Instead, he raised his hand for a friendship with Liebe. Asta says he wants to know more about Liebe, and it can only be accomplished if they were friends. 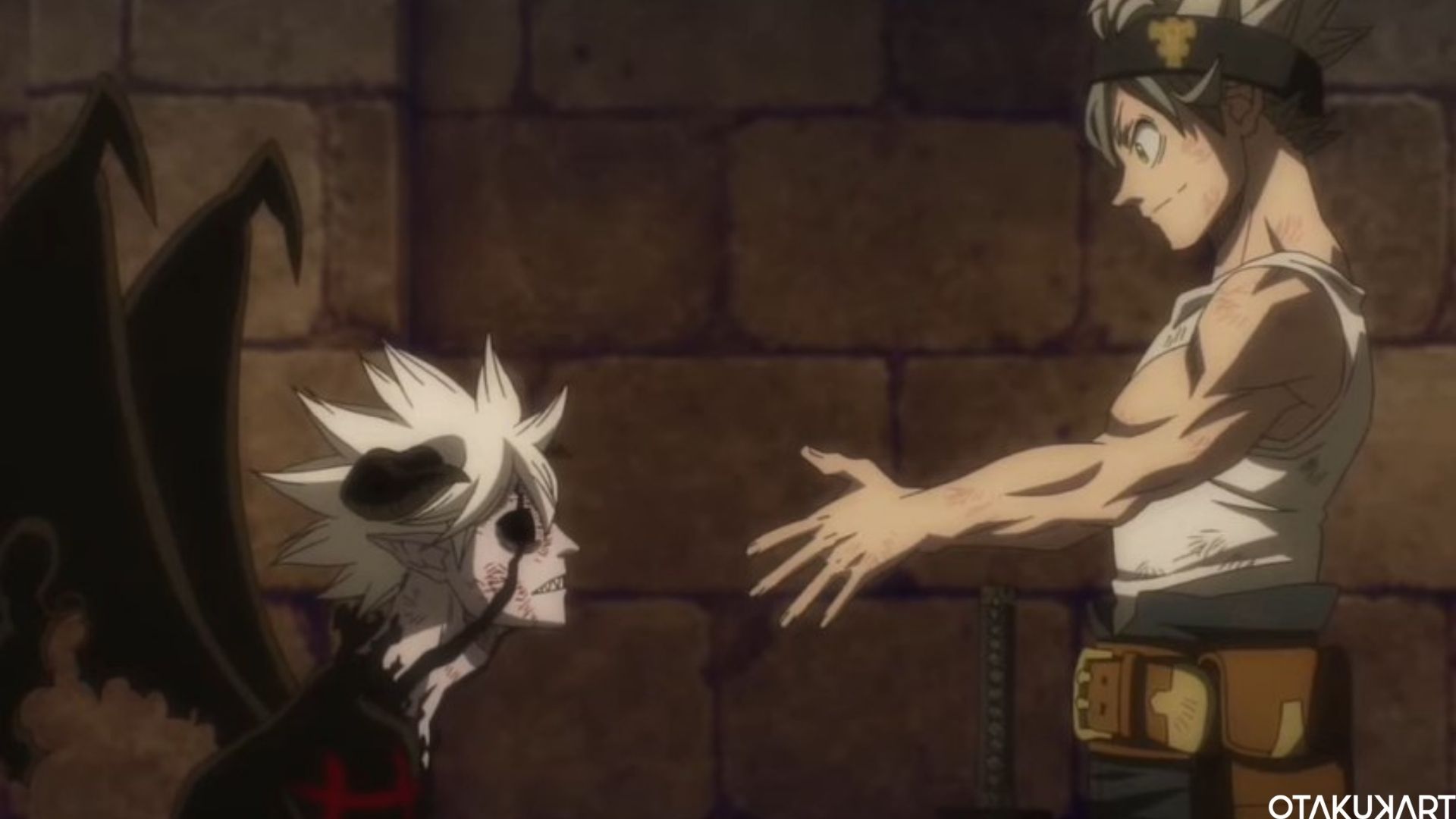 Battling against each other, Asta initiated a friendship between the two

So instead of a Devil-Binding Pact, Asta went for a “Devil-Befriending Pact,” and thus they had an equal stand.

Also Read: Top 10 Anime like Black Clover That You Should Check Out in 2022