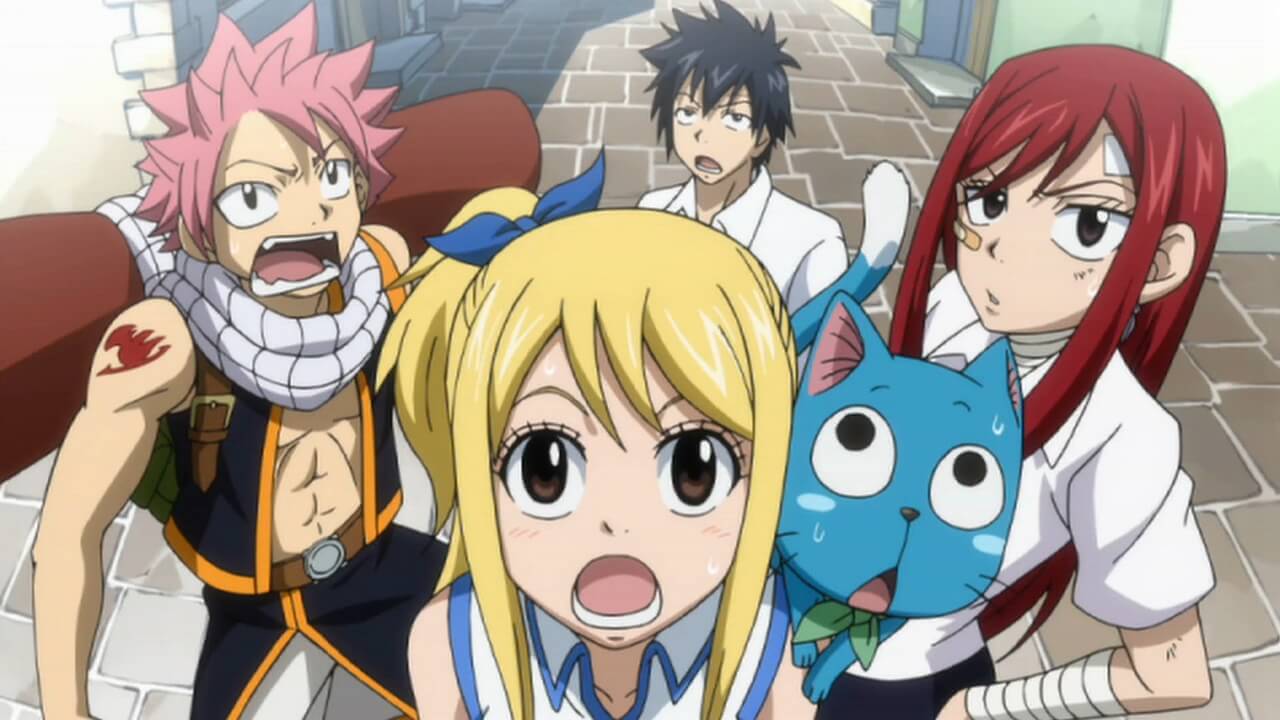 Before we proceed, this is not an article trashing fan service. After all, 7 out of 10 animes rely on fanservice to engage audiences. It’s obviously not a bad thing. However, like any other event, there is a time and a place. But some shows take it too far. We can’t be certain whether they don’t realize their limits, or because they just don’t care, but it manages to irk even the most notorious fanservice enjoyers.

The point of every show is to gather a lot of audiences, so some of these instances can be seen as creators getting desperate. That, or they are secretly very creepy people with fantasies that will get them arrested. Anime tends to proceed dangerously into such territories. It’s shocking how some of these works are even allowed to be displayed for public viewing, much less some of these passing on for comedy. Anime belonging to the ecchi genre will make full use of this, but even they can take things unnecessarily far. While you’re reading this, there might already be a few shows that pop into your heads. I have mentioned the first one that popped into mine. If it weren’t for the pointless fanservice, most of these shows would actually be good.

1. High School of the Dead

I’m sure a majority of you readers thought of this show. High School of the Dead is the biggest example of “taking it too far.” It belongs to the ecchi genre, but turned it into overkill. And first of all, it’s a horror series. Horror should come first and foremost. However, that part slowly fades away as skirts fly up and clothes get torn for no reason. The way the camera moves is another thing. It makes you feel like giving holy water to the creator and the animation studio. It was a terrible disappointment because in the first episode, you can actually feel the world going into chaos and people losing their loved ones to this mysterious virus that turns humans into zombies.

The main characters are supposed to be panicking and wondering if they will live the next day, but of course, fanservice takes priority. The animators tries squeezing them everywhere. 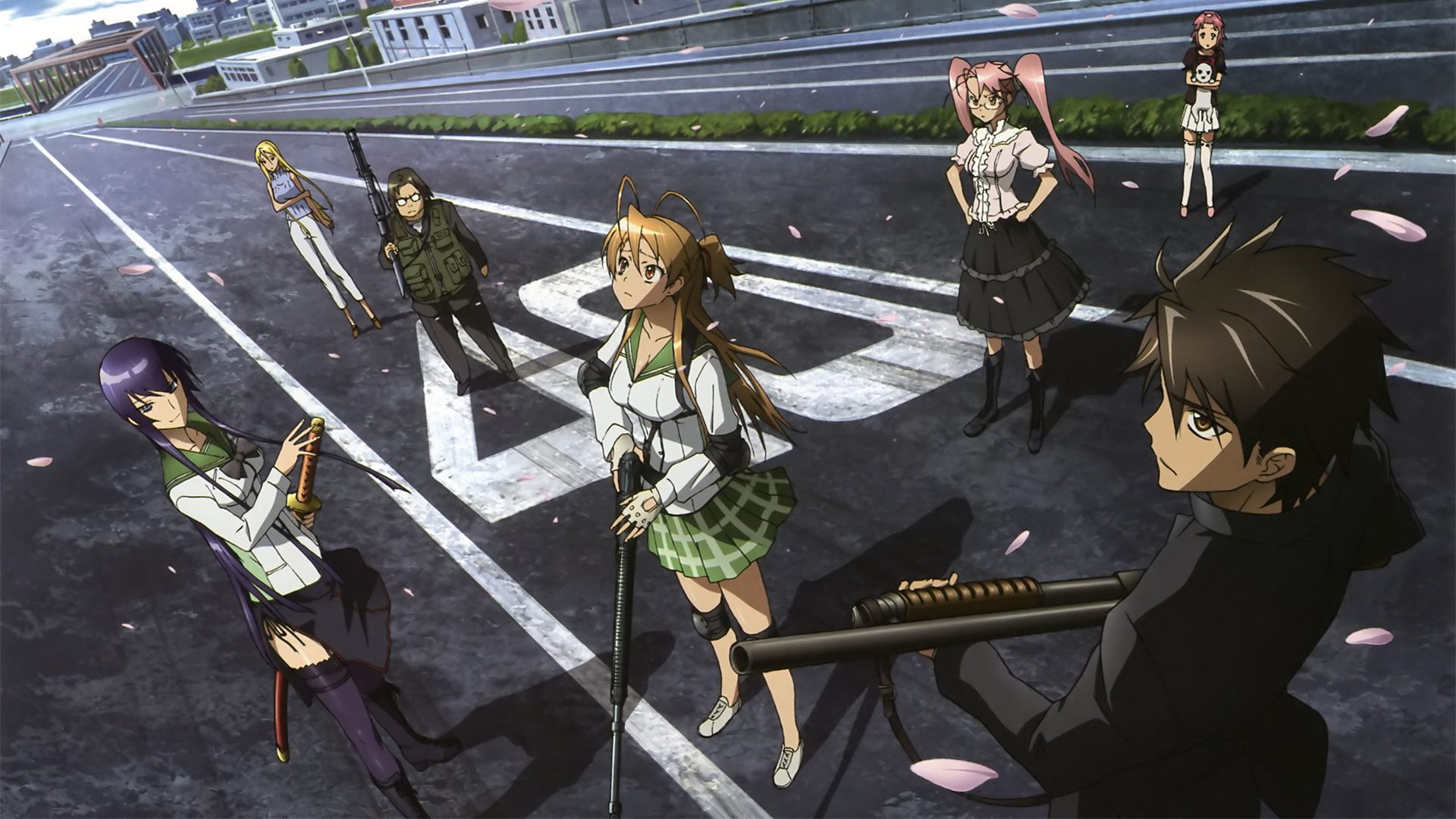 This is an anime with a huge fan following, and many are still begging for a second season. But the show is disturbing once you take away the plot. There are numerous anime and mangas that show siblings being extremely close, to the point where you just decide to drop it. Sora and Shiro, the step- siblings in No Game, No Life are close, and within no time, it gets uncomfortable. Whether it can be counted as fanservice depends on the reader.

Secondly, Shiro is 11. She cannot be portrayed the way older characters are done, and this show does exactly that. Fans have explained that theirs is not a romantic relationship, but at times it sure feels that way. 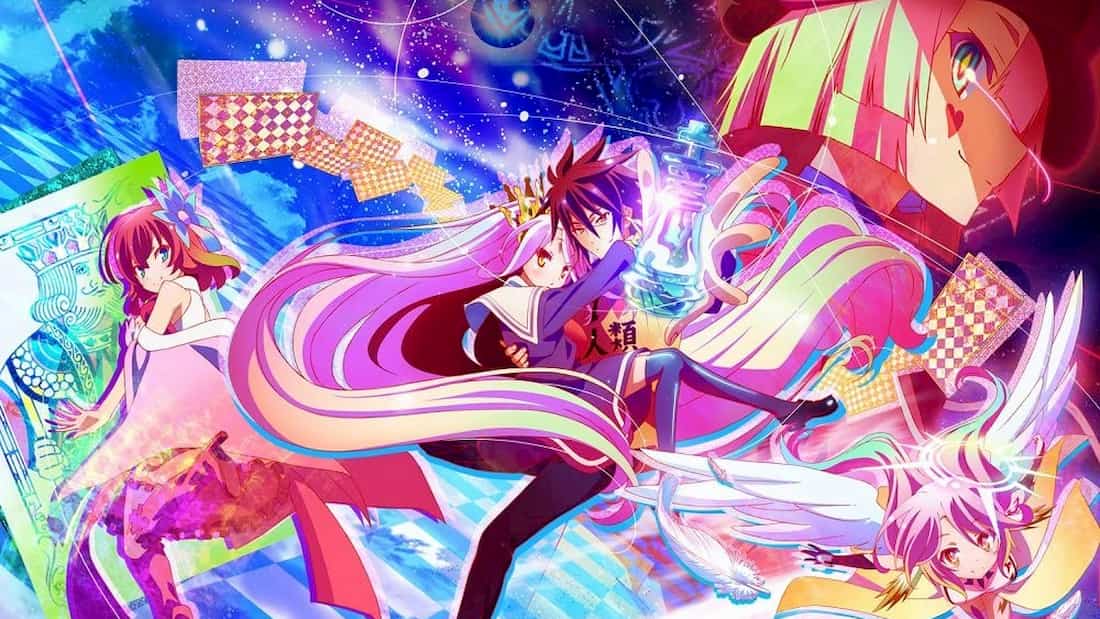 Fairy Tail is a wonderful anime. Not fully, because of the very topic of this article, but wonderful all the same. It teaches us valuable lessons, makes us laugh, and has a binge-worthy story. The problem is the unnecessary fanservice. The author uses it for comedic purposes all the time, and more often than not, it fails. One exception is that there is enough service for everyone. Usually, its the female characters who are the targets, but Fairy Tail shows Grey Fullbuster nude in the very second episode. This goes on whenever the anime takes a break from the hardcore arcs and just wants a couple of funny filler episodes. Characters like Lucy and Erza are more powerful characters, but very often it feels like the animators are focusing more on their other aspects. 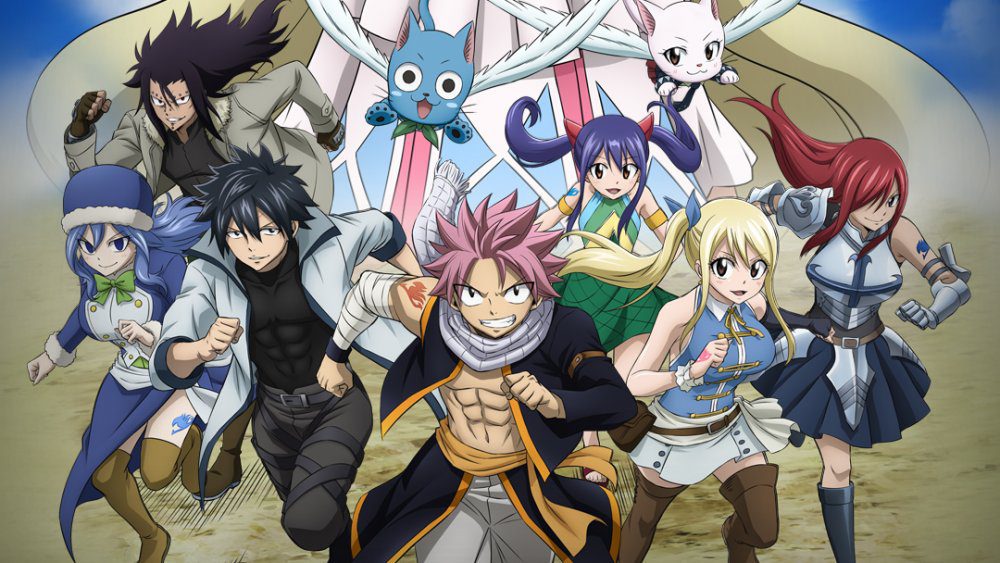 Nami is a prime target of unnecessary fanservice in One Piece. The animators have been increasing her bust size as the seasons progress to the point where it’s just uncomfortable to see. Many times, the breasts are given focus, even during a scene where Nami got captured by Big Mom’s crew and was imprisoned. These are meant to be serious moments, and can be regarded as sexual assault. That is not the time to zoom in on the breasts. And this is limited to anime only. The manga does contain some fanservice, but not even close compared to the anime. 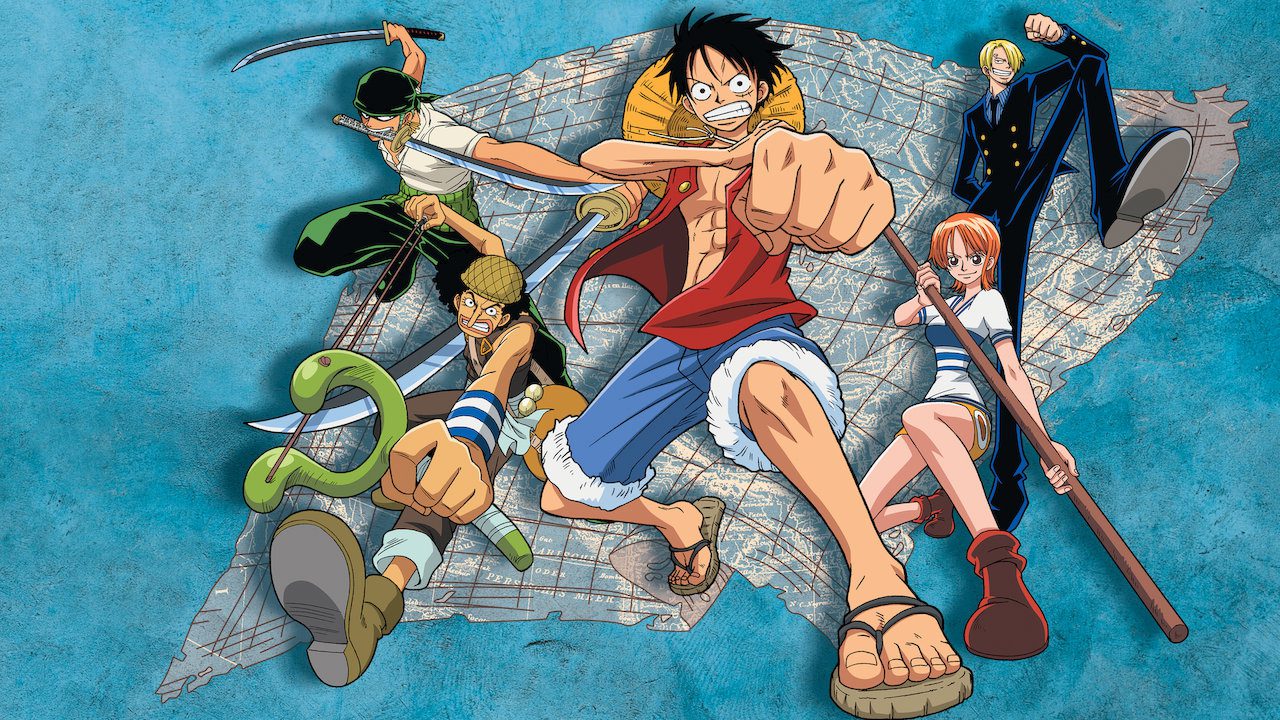 Seriously, what is it with zombie shows and bad fanservice? Kore Wa Zombie Desu Ka, falls into this category, although they don’t come close to High School of the Dead. But it does sexualize little girls under the name of comedy and make up for numerous unnecessary scenes. Nudity, underwear shots, and so-called “accidents” can be found throughout the series. 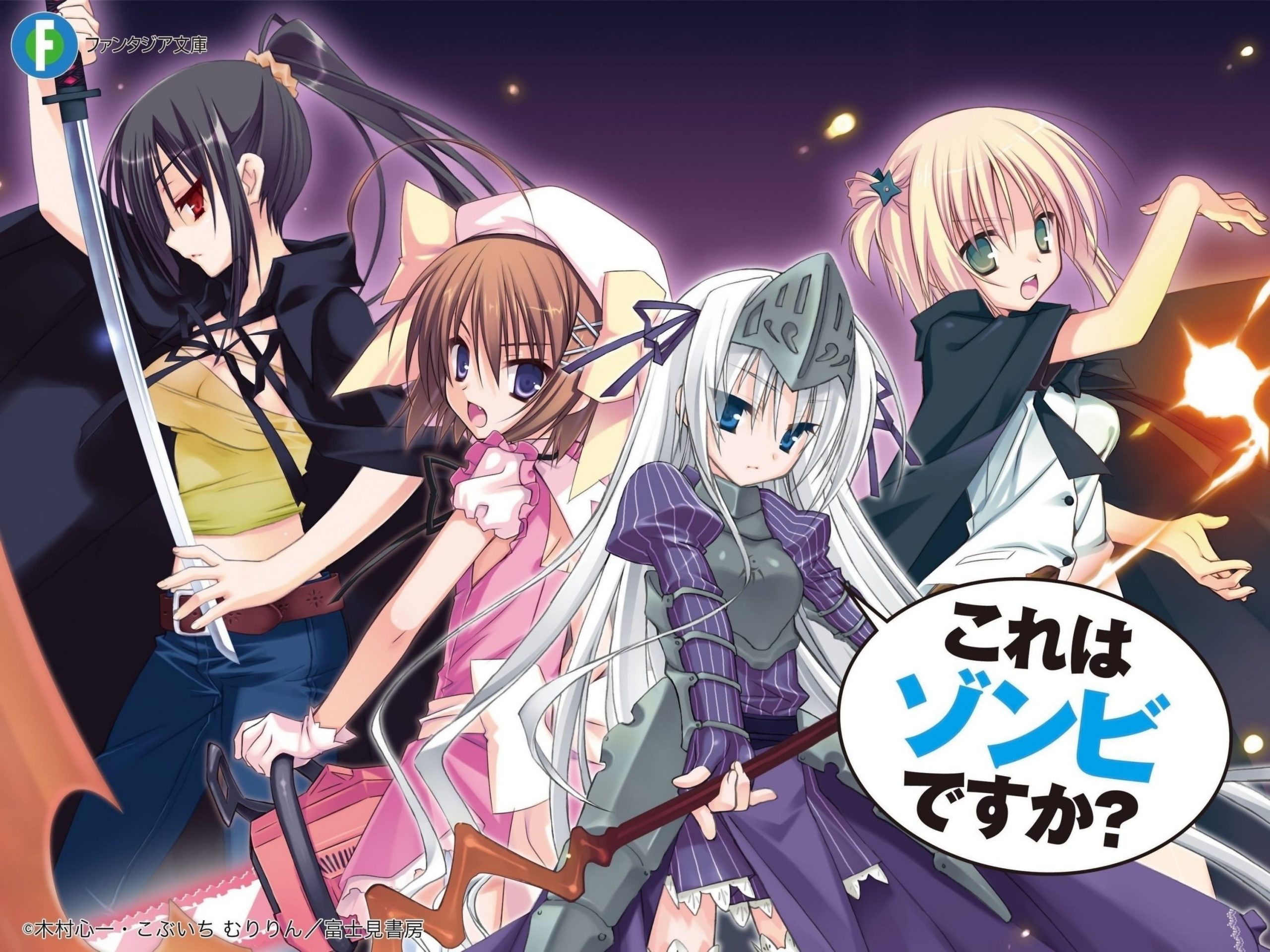 Did you see this coming? My Hero Academia is a brilliant show, with many interesting characters and a story you can’t get enough of. They also have a surprisingly less amount of fan service. But the one they mainly show is very bad. The subject here is Momo Yaoyorozu. Momo’s quirk is creation, and can create any non-living item she likes as long she understands their components. But this resulted in her getting the skimpiest superhero costume possible. Pretty bad, considering she’s 15 years old. Her costume can make sense depending on her quirk, but they could’ve easily switched it up with some other character or at least make it look like she can only create from her hands. 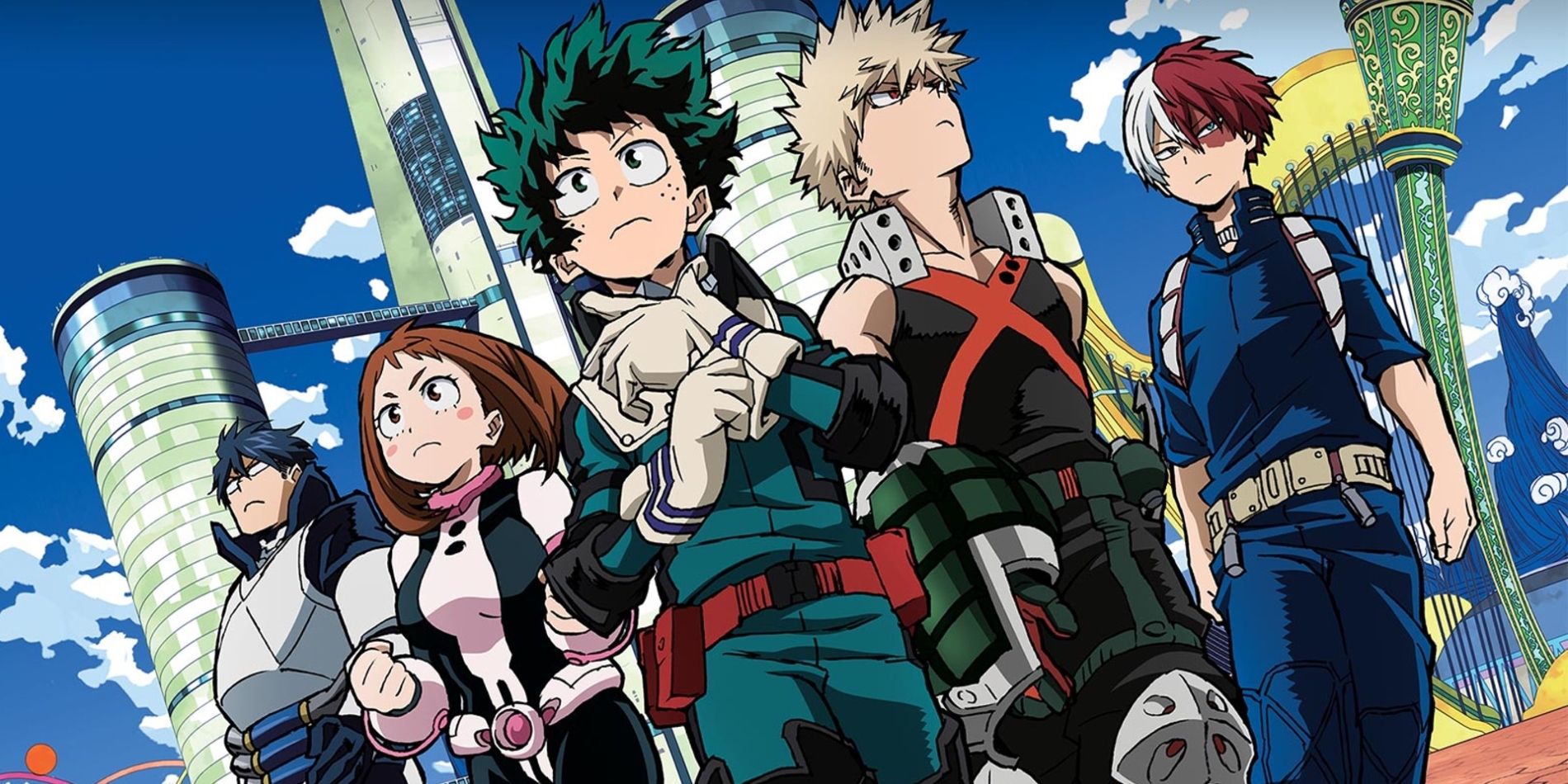 Wizard Barristers is a legal drama, of all things and shows a world with both humans and wizards. Fan service comes from the oddest of beings in this show – a frog. The frog’s name is Nana Genie, the lead character Cecil Sudo’s familiar. The frog is a massive pervert who constantly touches the main character inappropriately. His actions are brushed off with the common slap in the face routine. Cecil must be an incredibly chill character to be okay with getting harassed every single episode by a being with intellect. This takes the whole mood out of the show. 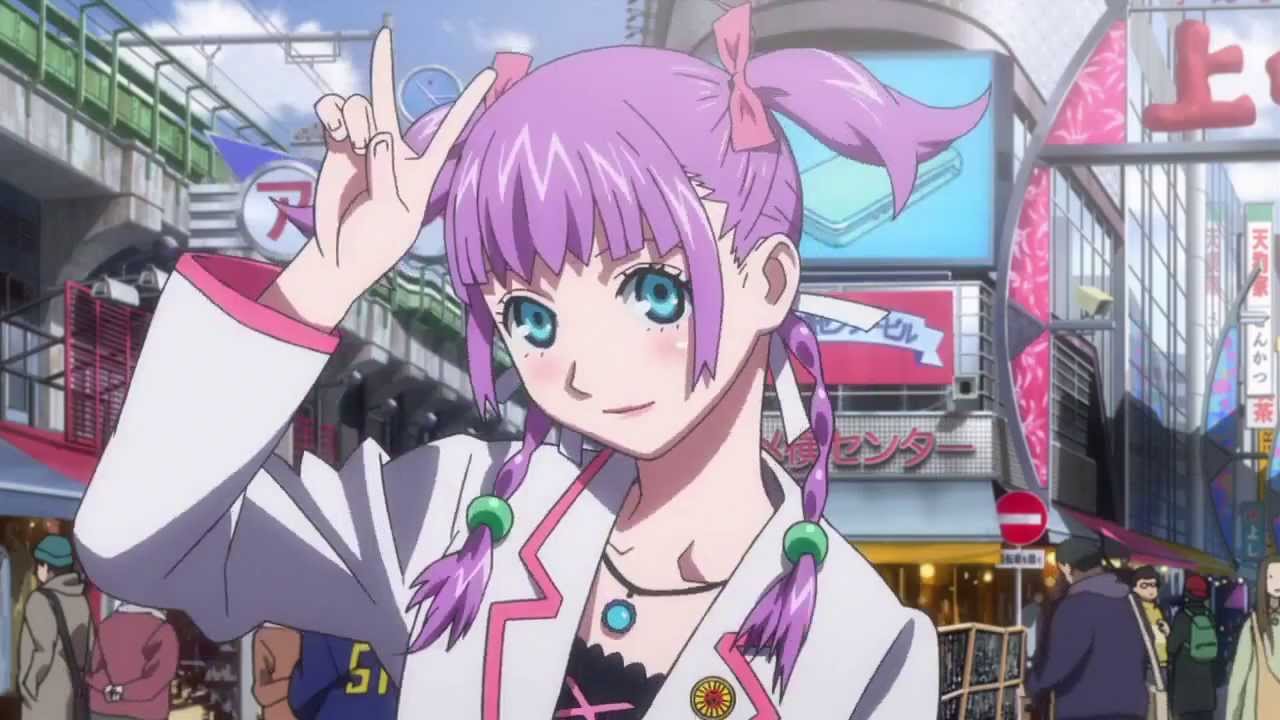 Who knew that one day we will get a series that combines food with ecchi? Food Wars does that, and boy do they overdo it. Those who taste the cooking of the show’s primary characters goes through an ordeal, to put it mildly. This can be acceptable occasionally, since it does belong to the ecchi categroy. But right from the first episode, we see characters huffing and moaning, or attaining nirvana by eating the food prepared by Soma Yukihira or the other lead characters. Within no time, we see clothes getting torn off and people flying off their chairs.

Sadly, this was the only thing that remains consistent, as the show’s final season could’ve been done better. But overall, Food Wars is a fun show, and you get to learn a lot about how certain cuisines are prepared. Proper research has went into making this series. 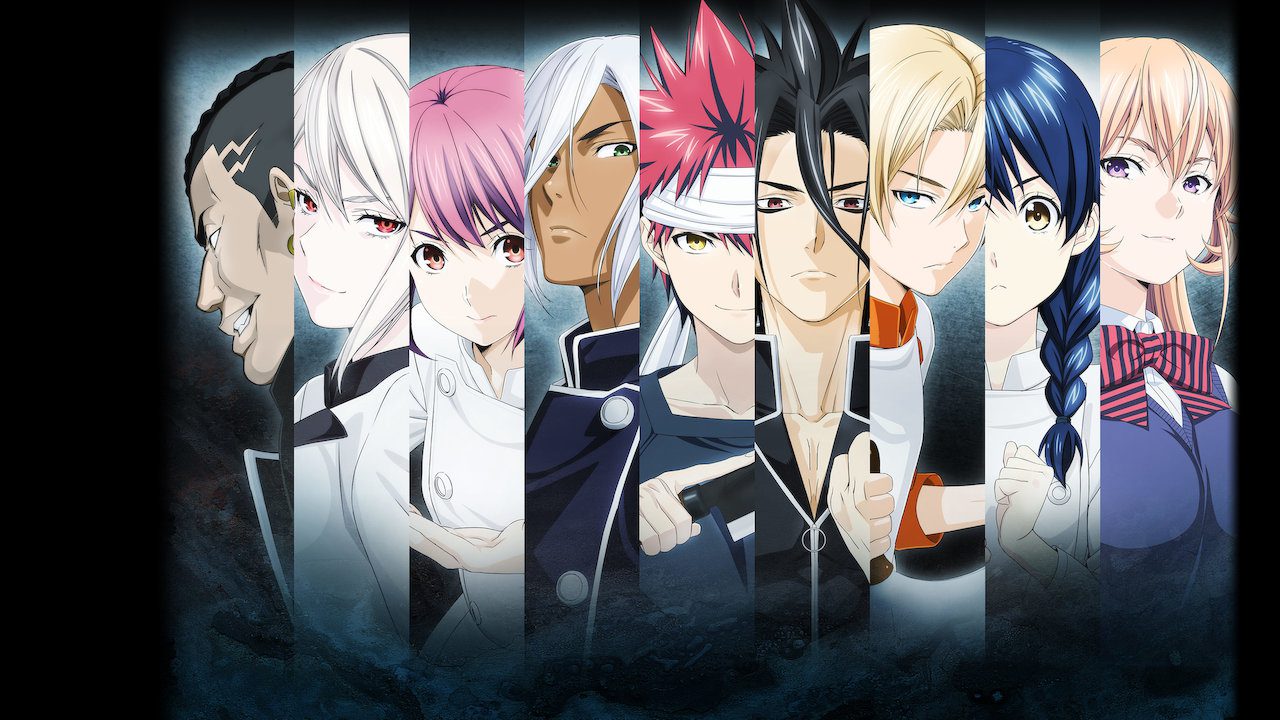 A prime example of an anime that could’ve been fully enjoyable if it weren’t for the unnecessary fanservice. Fire Force has a very unique and interesting concept, with visuals that elevate it to a great extent. A scene where someone is explaining what the villains’ motives are will be happening, but then Tamaki pops up, and her bra would just magically fly away. Of course, Shinra’s hands will somehow find their way to her breasts. The whole thing is made to look like an accident. You can be shocked to react the first time, but when it repeats for another five times, you will realize that whatever joke they’re trying to sell is not working.

Fire Force is a great show. They could’ve just avoided this unnecessary part. 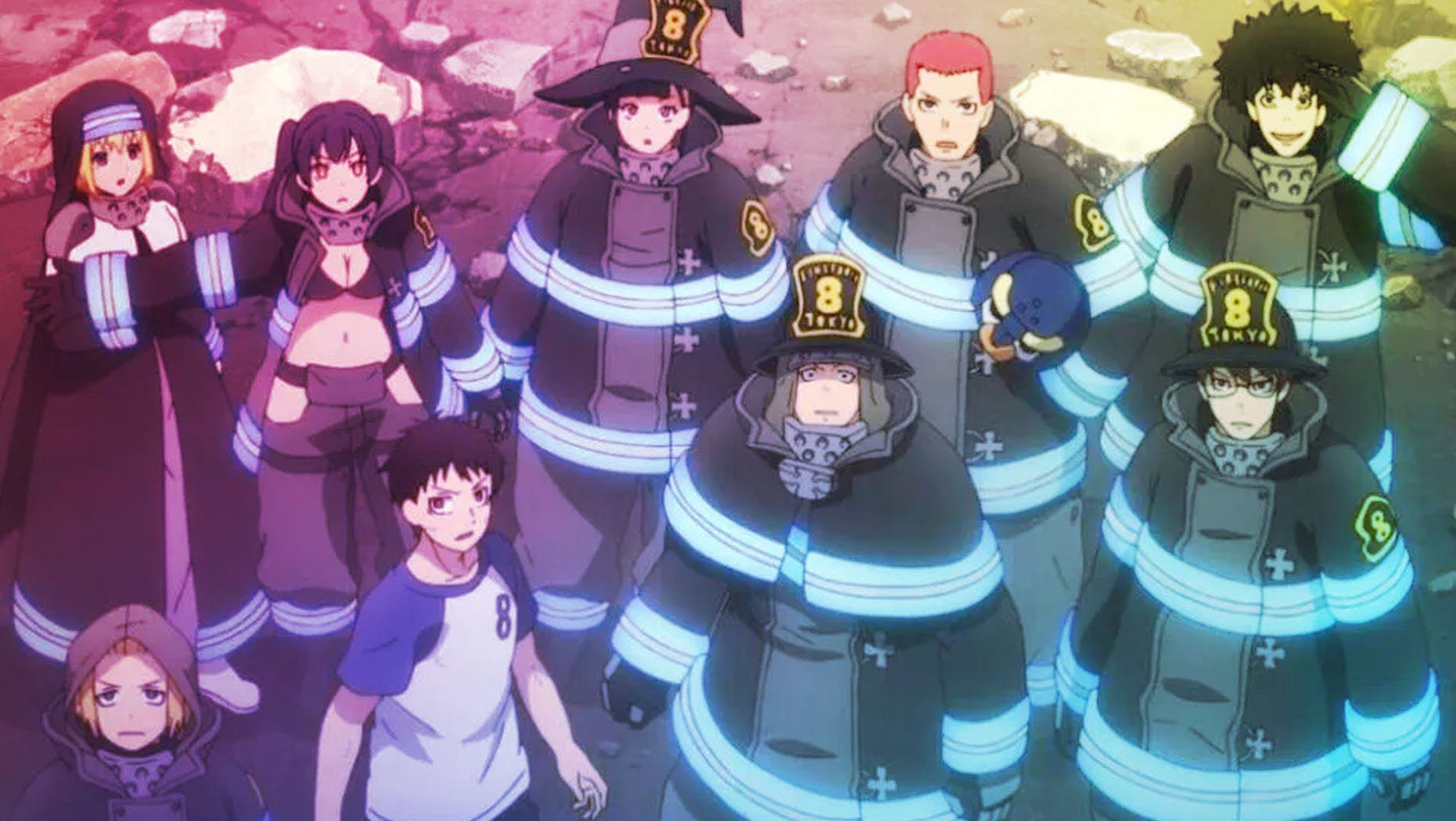 Taboo Tattoo is a good show if you take away the ridiculous amount of fan service it has. The series is best known for its action, and the studio has done an excellent job at delivering it. They also pay equal attention to supernatural elements and the amount of violence it holds. But the fanservice takes the fun away, and you start wishing if there was a version without it. However, the show is enjoyable, and you get some excellent fight scenes. 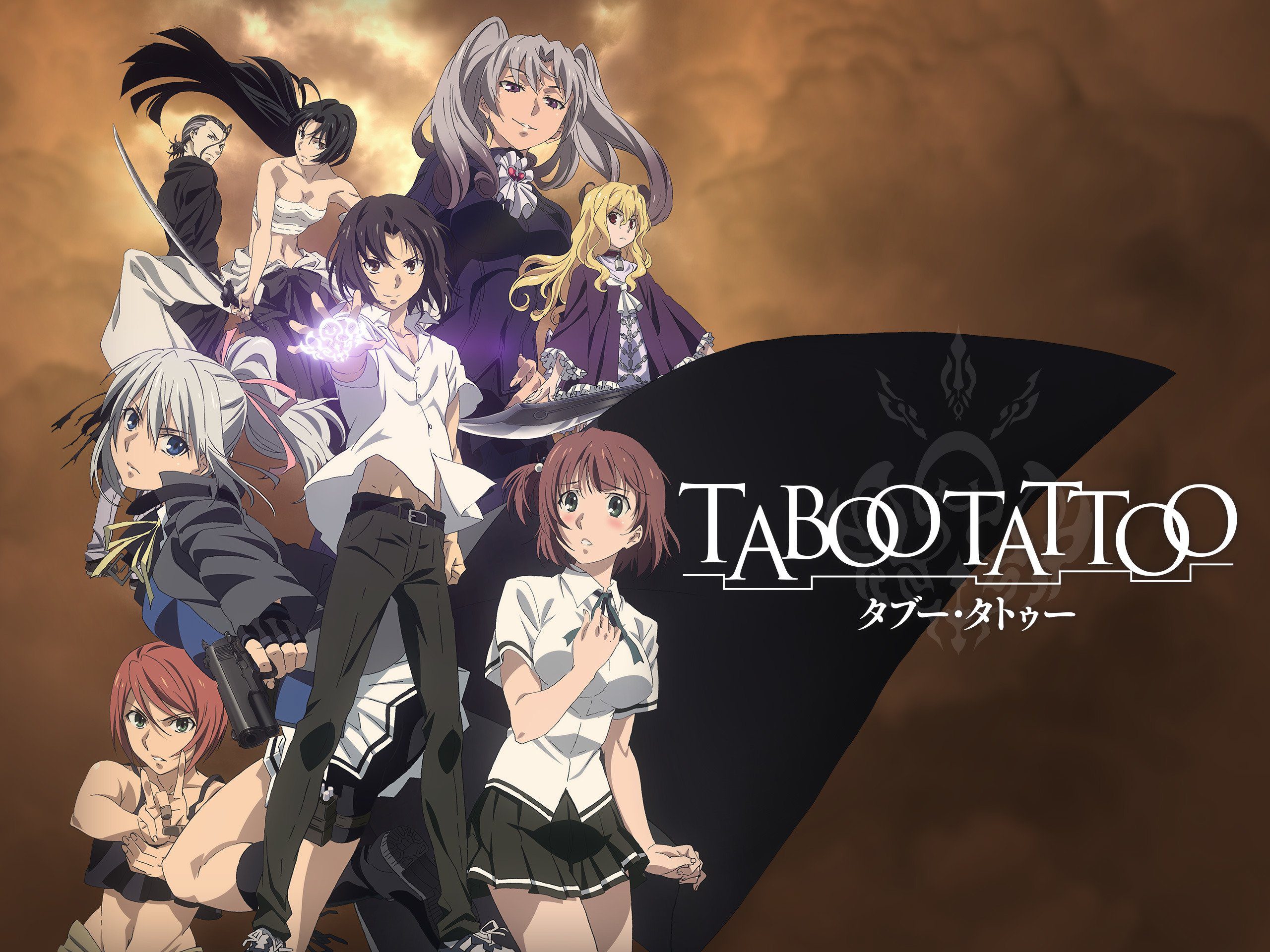 With that, we have come to the end. Hope you understood which ones to watch out for, and which ones to avoid. Fanservice should always be done with care, and animators should realize that at all times.