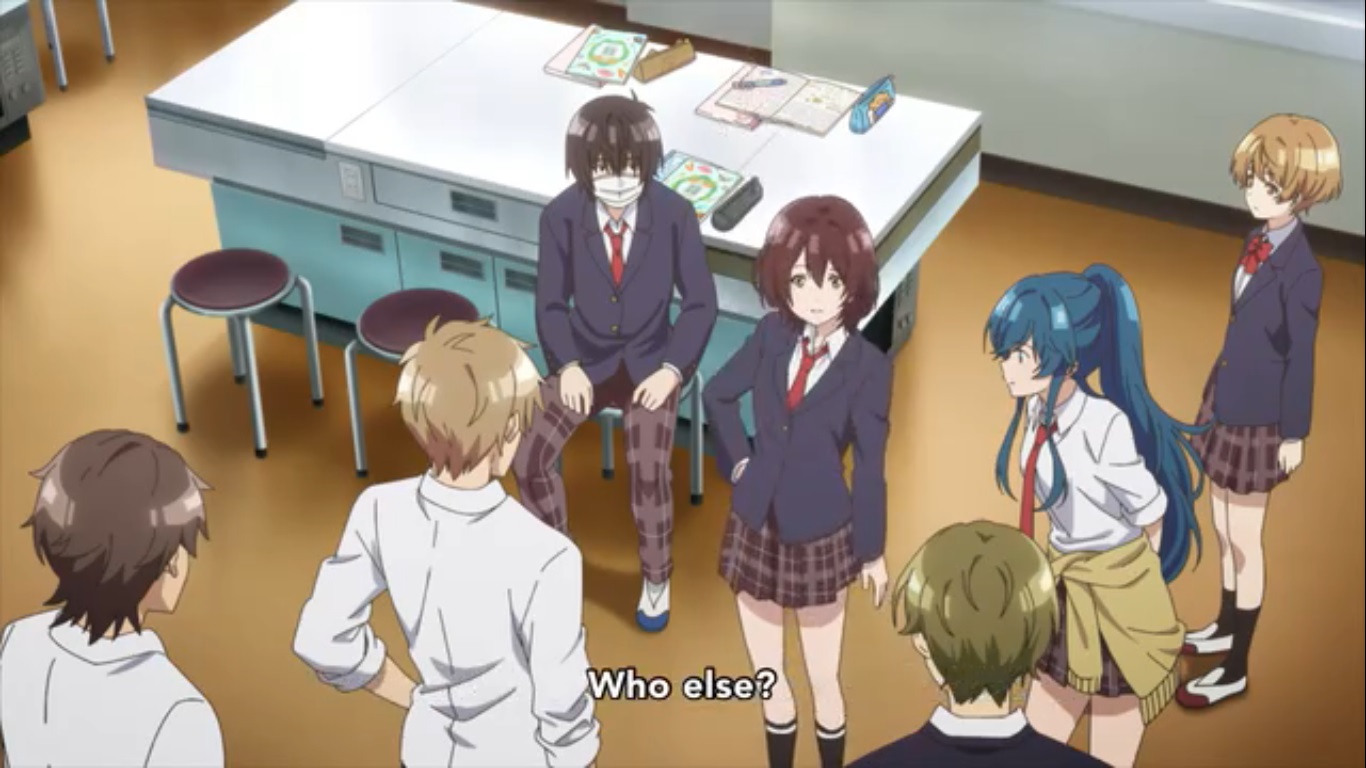 The third week of Winter 2021 anime will continue with Bottom Tier Character Tomozaki Episode 2 next week. The anime made its debut last week. And based on its name, you might think that this one is likely an Isekai of a video game based. The anime focuses on the life of Tomozaki, who likes to play video games and is a shut-in. At first, the anime appeared as if it would center around video games. But it turns out to be different.

Tomoaki understands well how video games work and have mastered them. But when it comes to real life, he thinks it would be horrible if it were a game. And as a result, he is always feeling left out and does not want to bother with it. Some day he was playing with his video games and finally met his match online. The person adored him and wanted to meet up with him.

So when he went to see the person, he found it strange when he saw Aoi, a girl from his class. Aoi also recognized that he is from the same level at school. She was so disappointed to see that the person who is behind the video game character was Tomozaki. They talked about the game a little, and Tomozaki told Aoi that it would be bad if life were a game. Aoi berated her for criticizing a game that he has not given a try and said to him that he should say that after playing it.

Bottom Character Tomozaki Episode 3 will continue with the anime story next week. The anime is also available for streaming on Funimation for dubbed episodes. For those who like dubbed episodes, the episodes will come later this season as the anime is still brand new.

Tomozaki Give The Game of Life a Try 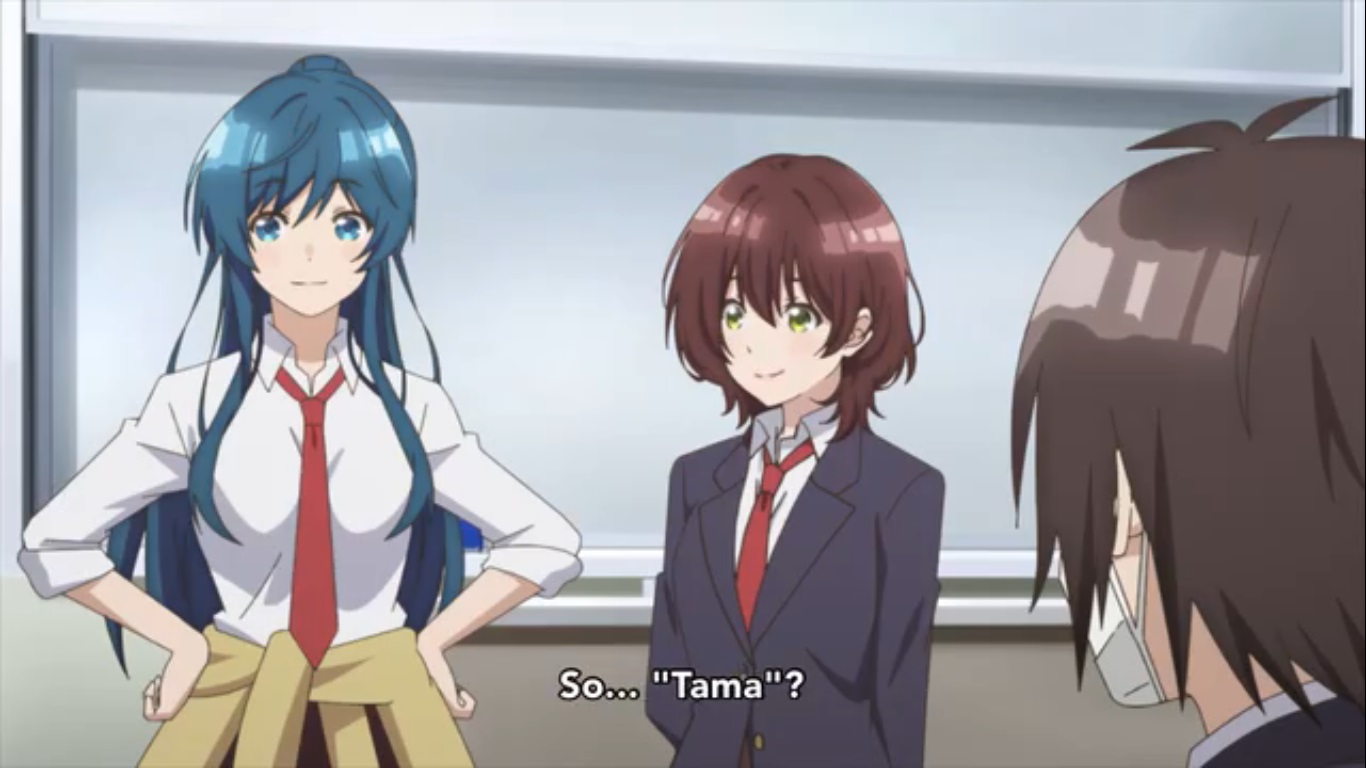 From here, Aoi, the girl Tomozaki met, told him that if he wants to judge how the game of life is, he should first play it. They became friends, and the Aoi gives Tomozaki things to complete, similar to quests. In the last episode of the anime, Tomozaki has made good improvement. Aoi taught Tomozaki the basics of life from dressing and the way he should talk to others.

This anime has recently turned into a romantic slice of life genre as now Tomozaki tries to improve his social life with Aoi. At first, he had a hard time with it but now has made useful improvements and occasionally speaks with people. Aoi has set many goals for Tomozaki to complete, and he is going through the part by part. The anime has turned to be interesting and now pays a little attention to video games.

Tomozaki was a bottom character in a game of life, and now is working hard to improve just like he does in video games. He has now made a lot of acquaintances with his classmates that he did not talk to before. They used to see him as a shut-in who did not speak with anyone, but with Aoi’s help, he made a good improvement. 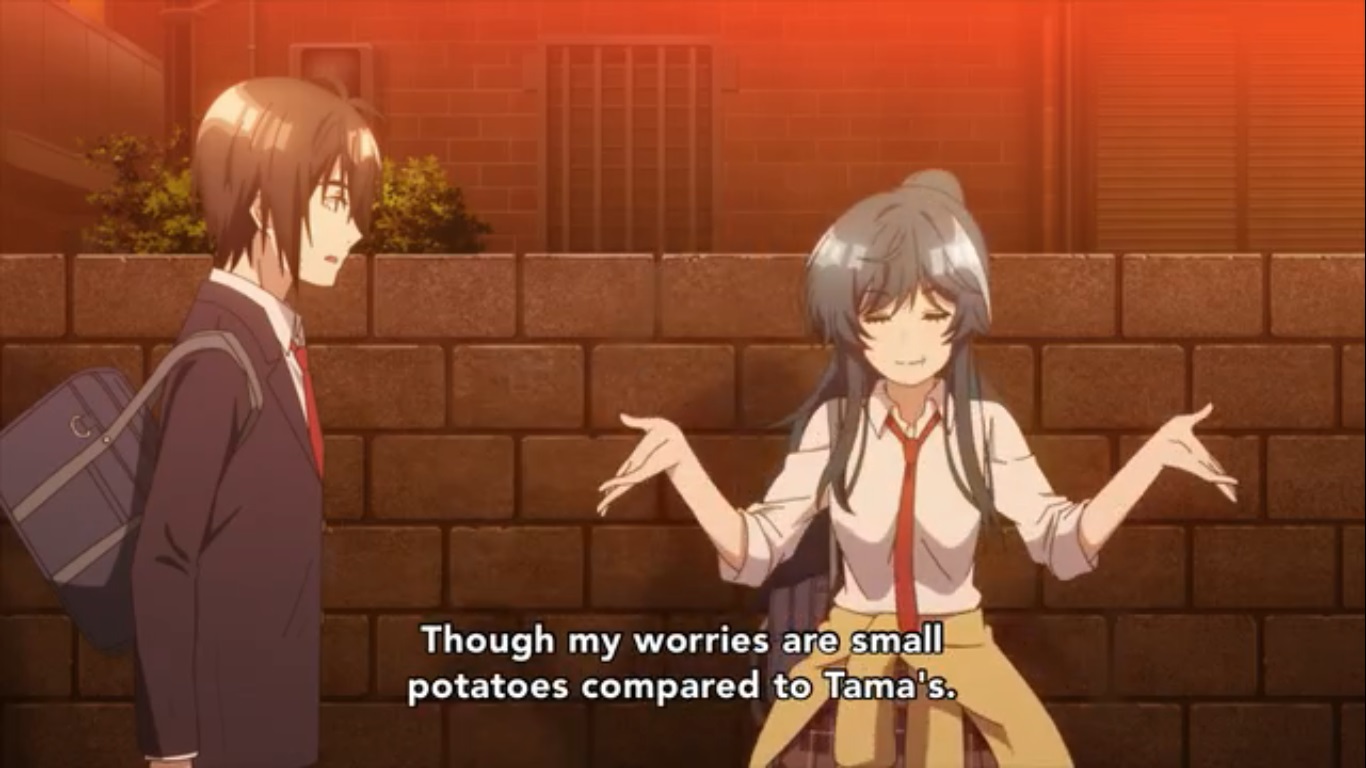 At first, he would only interact with the top guy in the class; he had managed to beat him in a video game. But when it came to real life, Tomozaki was just hopeless. It was through his favorite video game that Tomozaki met someone who changed his life for good. And this can later turn out into a romantic slice of life anime. Aoi has already planned a checklist that Tomozaki must complete.

It started from simple tasks such as greeting people at school, and Tomozaki has now made his way through it. He now talks to his classmates daily, and Aoi saw this as a significant improvement. Soon Tomozaki will be a senior in high school, and Tomozaki wants him to get a girlfriend by then. So the future of this anime is filled with a lot of romance. And depending on how things might develop on that end, this can cause a lot of drama.

Now Tomozaki is leveling up quickly in this game of life, and mistakes are not fatal. So similarly to a real game, things can only get challenging for him. So the more tasks he completes, the closer he gets to the most difficult ones. Bottom Tier Character Tomozaki episode 2 was quite impressive in these aspects. The anime will be running for a total of 12 episodes, so there is still a lot more to look forward to.

The second week of Winter 2021 anime has ended, and we will be going into week three soon. For most of the anime that made their debut early, we will get their third episodes next week. It is an excellent thing to look forward to as many anime made their debut for the Winter 2o21 anime season.