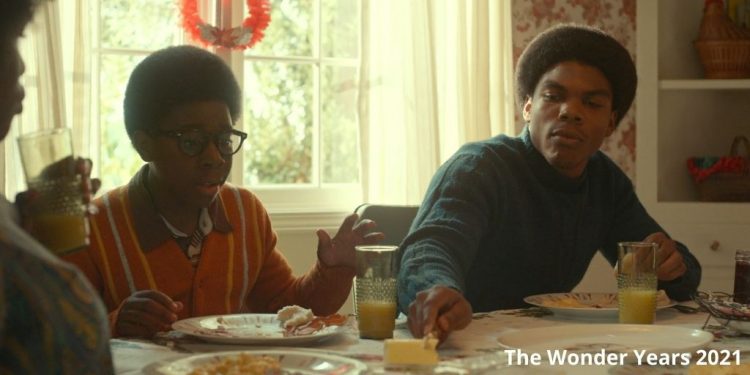 After a month-long break, the latest comedy television series will make a comeback with The Wonder Years 2021 Episode 10. Meanwhile, the previous episode celebrated the spirit of the Christmas holidays at the Williams family. In addition to that, the return of Dean’s older Brother Bruce from the war made the holidays even more special. On the other hand, Dean heard a story about the soldiers returning from war that made him suspicious of Bruce.

Moreover, he went overboard to keep an eye on Bruce in order to look for signs of change in him. Meanwhile, Bruce realized that real-world life as a black man was still tough even though he had served his country. Whereas, Bruce made a shocking decision that got everyone sad in the family. But in all of this, the episode was still on point to get the viewers getting their dose of comedy. The American television series has taken inspiration from the series with the same title that aired between 1988 to 1993.

Moreover, the well-known television producer Saladin K. Patterson has developed the show. In addition to that, he also serves as one of the executive producers on the show. The show first started airing on 22nd September 2021. However, now the viewers are looking forward to watching The Wonder Years 2021 Episode 10. But first, let’s take a recap of the previous episode and check out what was special about the Christmas episode.

Episode 9 of The Wonder Years 2021 came out on 1st December 2021. Furthermore, the episode was titled “Home For Christmas”. The episode began with Lillian and Kim decorating the Christmas tree. Meanwhile, Dean had wrapped up the gift in a way that already gave away the idea of what the gift was. Eventually, Christmas got a lot brighter for the Williams family when Bill brought Bruce home from the airport who had returned after two years of fighting the war in Vietnam.

Dean had finally got his older brother back and was very much excited to build the treehouse with him, which was their tradition. Meanwhile, Bill suggested Bruce apply to some really good colleges and continue his education further. The next day at school, Dean’s friends told him about stories of soldiers that returned from the war but were never the same as before. This worried Dean and he started to keep an eye on Bruce to find out whether he has changed. To do so, he joined Bruce wherever he went. However, later on, he realized that Bruce was the same as before but he cared about others a lot, especially his friends from the war.

Whereas, Bruce had a tough time getting a good job since the people were only offering a janitor’s job to him. So he took a big step and reenlisted himself for another tour in Vietnam. Hearing this, Dean tried to do whatever he could to stop Bruce from going. But eventually, he realized that other families also had their sons fighting the war in Vietnam. Finally, in the end, everyone made peace and supported Bruce with his decision, and celebrated Christmas together. Moreover, they even gave him gifts that he would look forward to using when he comes back after the war.

“The Wonder Years 2021 Episode 10 will release on 5th January 2021 at 8:30 pm ET on ABC in the United States.” In addition to that, the episode will be titled “Lads and Ladies and Us”. Although a plot is yet to be confirmed for the episode, we can expect the episode to be filled with comedy punches and important life lessons. Moreover, the episode will air after a month-long winter break that has hot the viewers excited. So stay tuned for that.

The ongoing comedy television series has managed to create quite a stir among the audience around the world. That is why the viewers are wondering about where to watch The Wonder Years 2021 Season 1? Well, that question is quite simple to answer. “The Wonder Years 2021 Season 1 airs every Wednesday at 8:30 pm ET on ABC in the United States.” Meanwhile, the show airs on Wednesday in Canada on CTV at 7:30 pm ET. In addition to that, the viewers can watch the show on Youtube TV. Meanwhile, the viewers in India can stream the latest episodes of the show on Disney+ Hotstar.

Molly Mae and Tommy Fury Break Up: Is The Couple Calling It Quits?