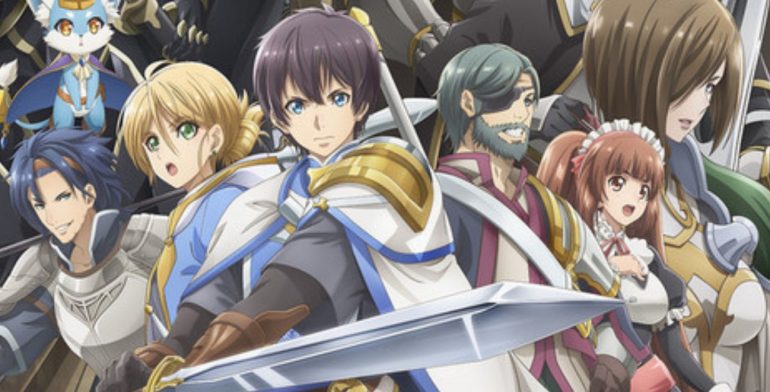 Hortensia Saga Episode 1 Release Date, Preview, and Where to Watch?

As the Winter 2021 anime season kick starts. Hortensia Saga will be amongst the anime making their early debut. The video game adapted anime will premiere with its episode one o the first week of January and is promising some interesting action. The anime adaptation was announced way back in December 2019, but it was delayed due to several factors. But now, the official news finally came to light, and we are now just a few days away from the first episode.

The anime will be produced by Linden Films studios and will be directed by Yusuto Nishikata. Rinatarou Ikeda is the story writer, while Takayuki Onoda will be working on the music. The anime will feature an opening theme, “LEADER,”  and “Night Dream and Daydream” ending song. The anime is officially licensed by Funimation for streaming in North America and the British Isles, Wakanim in Europe, and AnimeLab in Australia and New Zealand.

Hortensia Saga Episode 1 will be released on Thursday, 07 January 2021 JST.  The anime will be available across all streaming platforms I have disclosed above. Keep in mind the JST time zone as it is usually ahead by hours for most regions. So by the time the new episode is released. Times across different regions will still be Wednesday. Especially in the western regions.

Animenewsnetwork had earlier revealed that the upcoming adaptation’s official website began streaming the third PV last month. The video shows the opening and ending theme songs for the anime and gave an update on the premiere date. Of which depending on your local region will either be the 6th or 7th January. Below we have Hortensia Saga PV 3:

The official website had also revealed a new visual for the series premiere. Funimation had revealed the official synopsis of the anime as follows:

Set in the Kingdom of Hortensia, a world power thanks to its main territories (Camellia and Olivier) serving as sword and shield against invading countries, a revolt begins in Camellia! With Hortensia headed toward chaos and the arrival of monsters making things more complicated, can the knights of this war-torn world survive and protect Hortensia?

The new Visual for Hortensia Saga:

Hortensia saga is adapted from a game launched by Sega back in 2015 for iOS and Android devices. It is a role-playing game where the player takes on the life of a young feudal lord who discovers the hidden truth of Hortensia Kingdom through his battles. The game is free to play but has in-game purchases. It allows the players to have up to five characters in a party with different classes and abilities in battles.

The game has already had an OVA released, which also featured image songs by MY FIRST STORY. A serialized manga was also developed based on a similar story in Kodakawa‘s monthly Comic Alive Magazine as of March 2020.

The anime PVs revealed so far are promising an interesting storyline. And manga followers have already seen how things will be going in the upcoming episode of the anime. To not spoil the anime for those who have not read the manga. Or those who strictly follow anime only. Then this is as far as we will look at the upcoming developments in this anime. So, for now, let us wait for the anime premiere to see what it will be bringing for us.