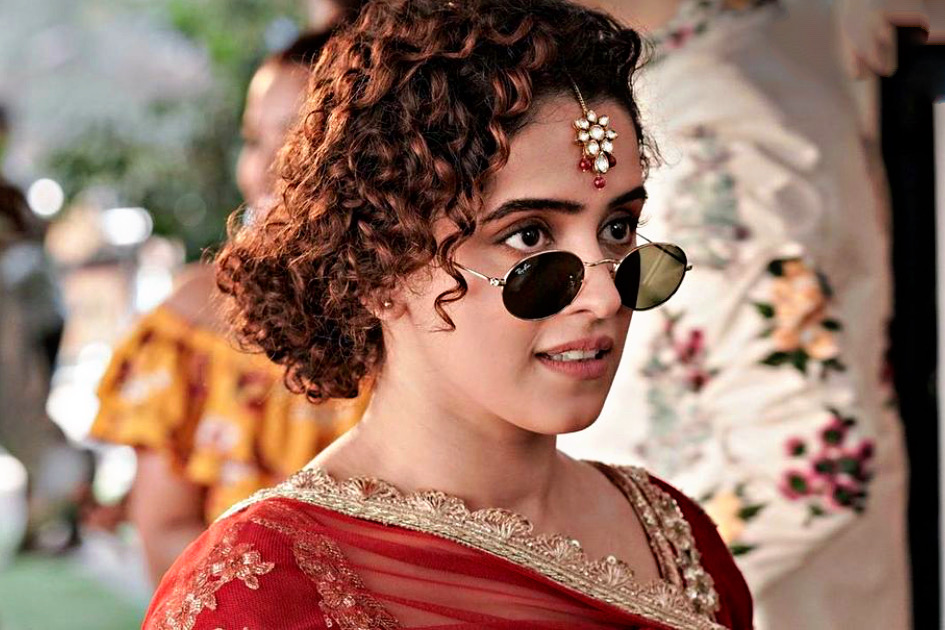 Sanya Malhotra is all set to play the role of a widowed woman in a dilemma in her upcoming film titled Pagglait. It’s very rare to witness a film that weaves comedy around death. Sanya Malhotra’s upcoming dramedy film is attempting the gracefully attempting the difficult genre.

Pagglait’s teaser takes us inside into the house of a small-town Indian family that has recently suffered a big loss. The young and beloved son of the house is dead, leaving behind his family and a wife-Sandhya. As the trailer begins, we get to know that the name of Sandhya’s husband was Astik, and it had only been five months since the two got married. We then see his brother, referring to Astik as a problem because now he has left Sandhya widowed and him bald. According to the Hindu ritual, the male mourners of a family undergo tonsure as a sign of bereavement. But clearly, it feels more of an infuriating task to him.

Sanya is then seen going through her social media handles where people have posted messages, to virtually mourn over Astik’s death. They’re sending condolences to the family via texts and comments. And this feels more or less like a usual post for her, which she’s reading, while in bed. Worried about Sandhya’s way of conduct as if nothing happened, the next day, her friend decides to speak to her. Horrified, she asks if anything is up with her. And eventually, Sandhya responds, leaving us all shocked. Sandhya says that back in her childhood, her family used to pet a cat that died when a car hit her. When she got to know this, she was so inconsolable that she refused to eat for three days straight. But now, when her husband is dead, she isn’t feeling like that at all. She doesn’t feel like crying at all. Instead, she feels hungry all the time.

There are endless possibilities that this story can cover. Maybe it was her husband who wasn’t worthy enough to be mourned over, or there might be something wrong with their relationship. But at this point, all our assumptions will go in vain. To get even the slightest hint about it, we need to wait until Netflix drops the official trailer of the film. And not to forget to mention, the viewers are quite impressed with the upcoming film’s plot. 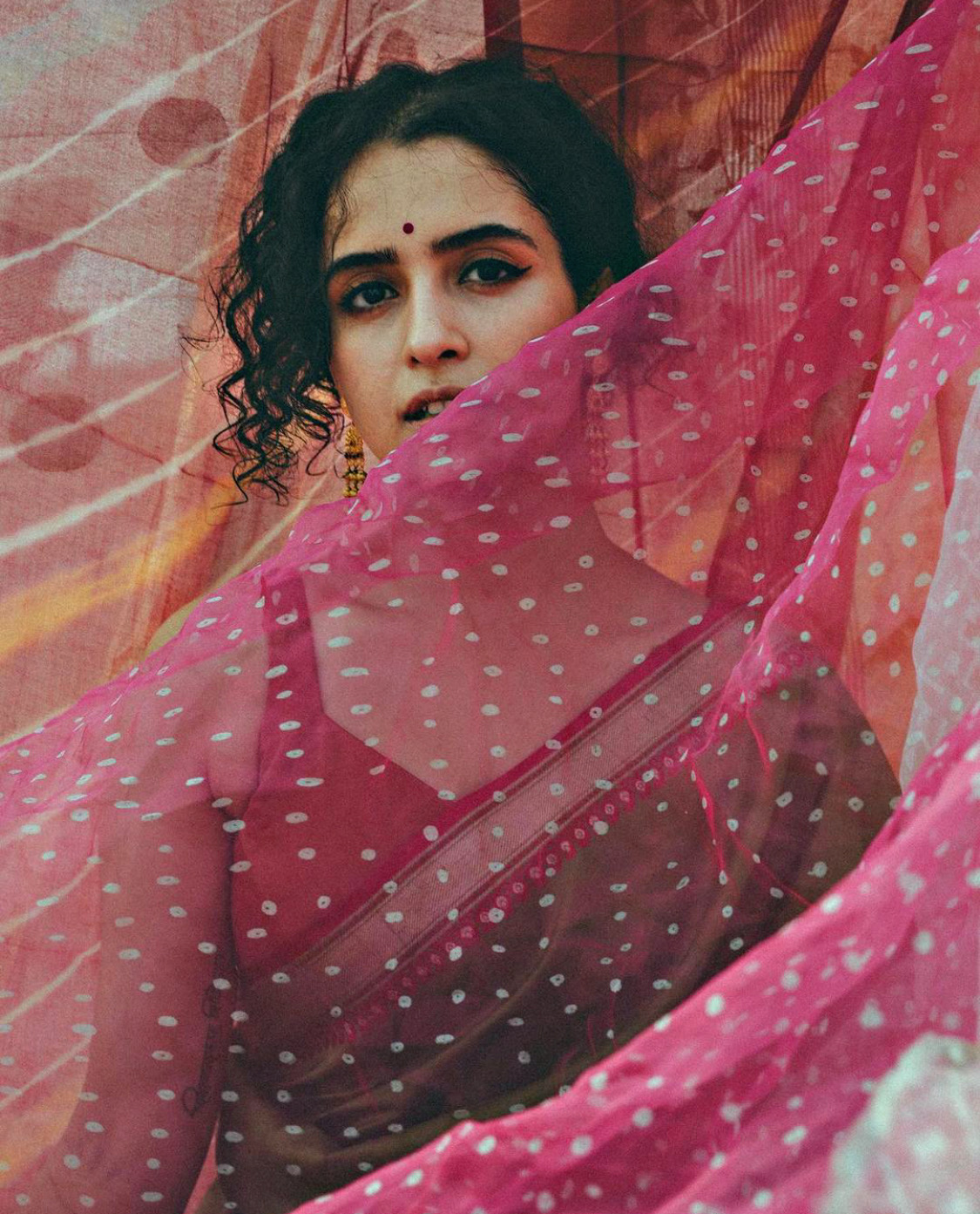 What the leading lady has got to say?

Talking about her film and the teaser being released on her birthday, Sandhya said in a statement that she is literally thrilled to announce a film, that is very close to her heart. And being able to share its first look on her birthday makes it more. Speaking about essaying the role of Sandhya, she feels that it is something different than all the other roles she has previously portrayed. For her, the Pagglait journey was seriously Pagglait, meaning maddening. The dangal girl now can’t wait for the world to witness the unique story in her upcoming film very soon.

Sanya has previously shown her talent by making a mark in films like Badhai Ho, Dangal, Shakuntala Devi, and her last Netflix film-Ludo. All her roles have been independent of each other, and she has been a part of really iconic films so far. And now, she is yet again ready to spill some glitter on our screens through the medium of Netflix. With Sanya as the leading lady, the film also features Sayani Gupta, Ashutosh Rana, Sheeba Chaddha, Raghubir Yadav, Meghna Malik, Rajesh Tailang, Natasha Rastogi, and Sharib Hashmi in prominent roles. 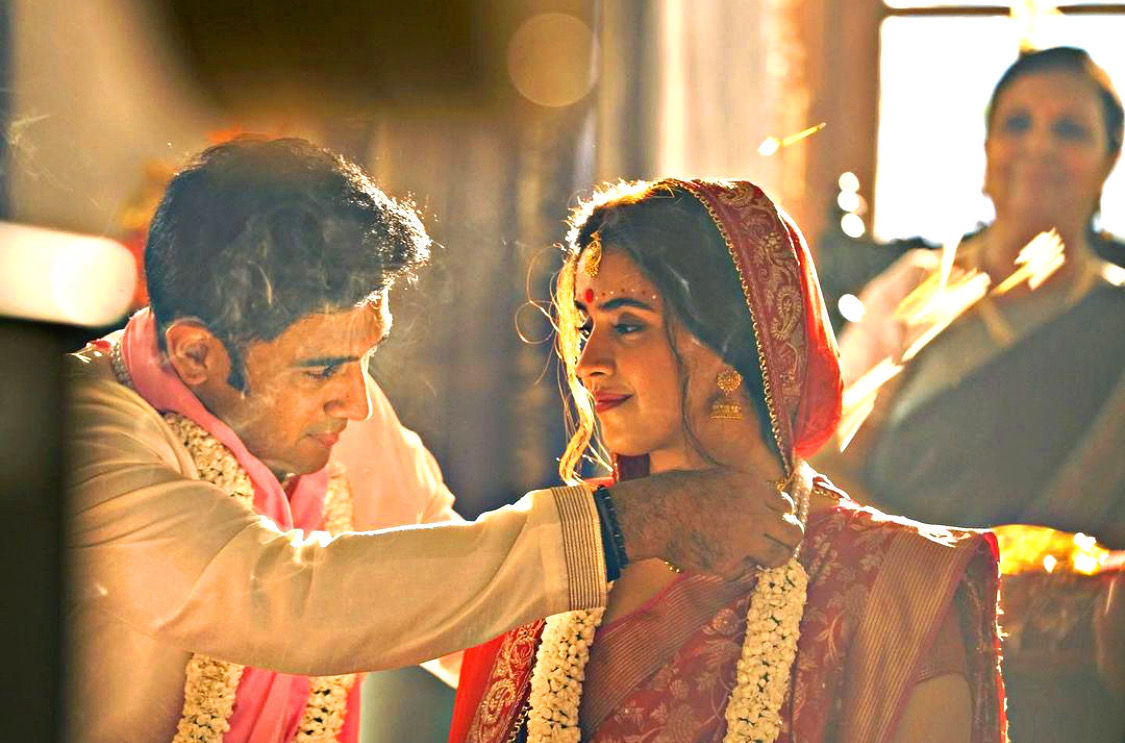 A still from Shakuntala Devi

Pagglait is produced by Ekta Kapoor and Guneet Monga, the women who are known for making films that focus on the relatable stories and characters of flawed women who rebel against the stereotypical society and its norms. Written and directed by Umesh Bist, Pagglait is slated to release on the online streaming platform Netflix on 26 March 2021. Till then, don’t forget to check out the teaser attached above.