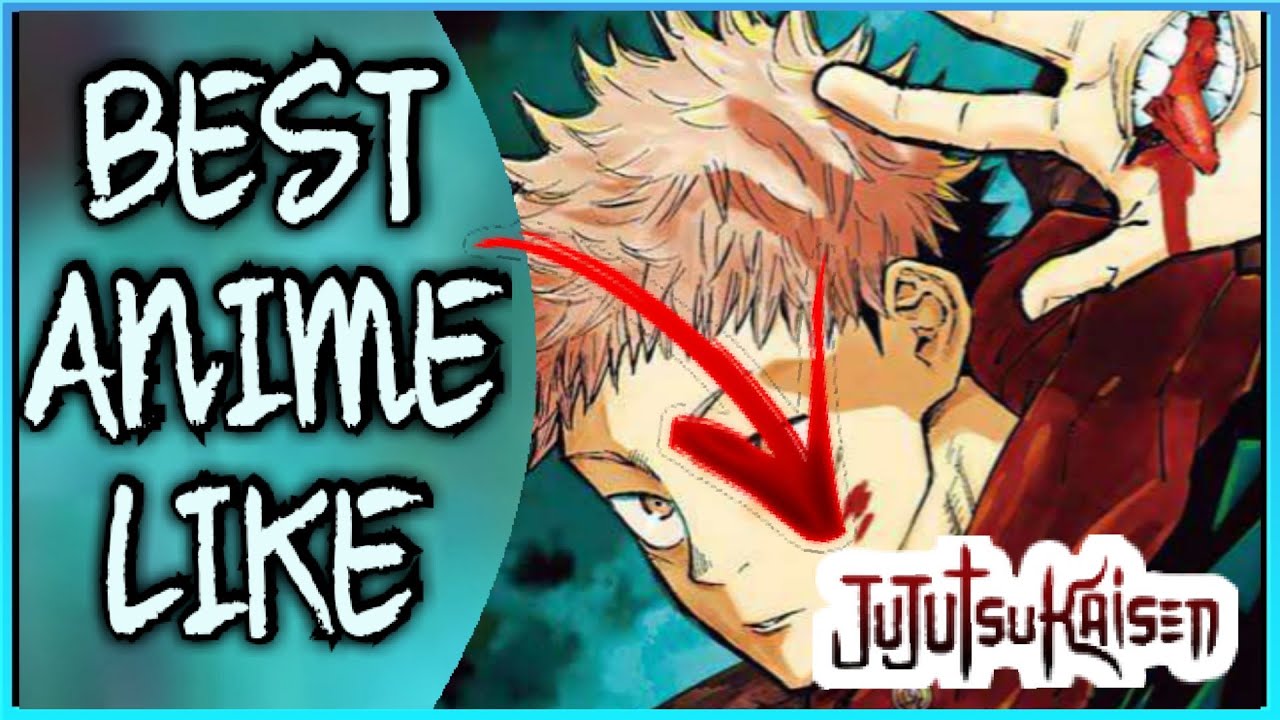 In this post, we have mentioned everything we need to know about Anime that are similar to Jujutsu Kaisen. Please note that this list isn’t ranked based on similarity.

Jujutsu Kaisen follows the life of one Yuji Itadori, a teenager with a stubborn grandfather figure and a set of morals common to a typical shonen protagonist. Itadori comes in contact with a finger of Satsuna, an extremely cursed object that used to belong to a legendary demon, and it contains a portion of his power. The power that nearby monsters love to consume and gain control over it.

Throughout the show’s initial episode, Itadori finds himself in a situation where to save two fellow teenage friends, and he has to combat a curse. Thinking quickly, he eats the finger of Sukuna to gain its power. This gave him the power, but Satsuna overwhelms Itadore’s consciousness, takes over his body. There is a high chance that the finger’s consumption leads you to death, yet Itadori survives.

Later that Itadori finds that the Satsuna have 20 fingers. He has to choose to die now or consume the other 19 fingers to eliminate the cursed spirit and get a natural death. Itadori chooses its natural death because he wants people around him when he dies. His Grandfather dies in the first episode, and no one was there except Itadori when he dies.

He then starts going to high school. Throughout the season, he goes on a mission with the guide of Saturo, who is the self-proclaimed strongest sorcerer in the world. The fluid animation and the storyline will always capture your interest. If you have watched Jujutsu Kaisen, we’ve got similar Anime Like Jujutsu Kaisen. You can watch Jujutsu Kaisen officially on Netflix.

The Protagonist of the Ushio wants to live everyday teenage life. Ushio’s father is the lone Priest of a temple. Thus, Ushio was told numerous different Ghost stories while growing up. Most of the stories have a fictional creature known as Yokai. One day Ushio fell into a cellar where he finds a not-so-fictional Yokai named Tora impaled by a spear and pinned to the wall. Ushio is not dumb enough to free this monster until his friends are in danger and are left with no other choice. Ushio frees Tora, who quickly saves his friends. After Ushio free Tora, they battle against numerous Yokai while steadily hating each other less. Ushio and Tora are amazing and honestly one of the very anime that is under-rated. IMDB has rated Ushio and Tora  7.7 out of 10.

2. Nura: Rise of the Yokai Clan

Nura: Rise of the Yokai clan is a classic shonen anime. The Neroclan is a prestigious Yokai group that is currently being led by the very old legendary Nurarihyon. Due to his age, Nurarihyon is looking to pass the clan onto the next in line, which happens to be his grandson Rikuo Nura. Rikuo has grown a part human part Yokai, but at the current time, Rikuo is choosing to reject his Yokai heritage. Rikuo wants to live an everyday human life. one day, while exploring an abandoned building with some classmates, he is attacked by Yokai from a rival faction, but luckily his clan was nearby and came to rescue. Soon his friends and loved ones are targeted continuously by evil Yokai. This makes Rikuo take design and ready to become a powerful Yokai. IMDB has rated Nura: Rise of the Yokai clan is rated 7.7 out of 10.

IN/SPECTRE is just another Anime Like Jujutsu Kaisen. In this world, Yokai is not always evil, and sometimes they need to communicate with humans peacefully. This is why Yokai abducted an 11-year-old girl named Kotoko. The Yokai group just wanted Katoko to become a mediator between their two worlds, to which Katoko readily agreed. Kotoko is a Yokai but a human girl at her core. He has a crush on Kuro Sakura Ogawa, who finally broke up with his long-term girlfriend. Kotoko seizes an opportunity to befriend, and they begin dating shortly. Kuro even goes as far as to start helping mediate the problems between the humans and the yokai. Kotoko always feels like Kuro is still hiding something.

The story follows Nanami Momozono, who is currently homeless due to her sorry excuse of a father not paying back his debts. Since she has nowhere else to go, Nanami wanders into the parks where she meets an eccentric man named Mikage, who kindly her a place to stay the night. She accepts the offer as she has no choice. Upon arrival, she finds out that his home is a Shrine and Mikage was actually an earth deity. The story has some twists in it that make it more interesting. This anime involves battles with so many evil monsters. Kamisama Kiss is rated 8.1 out of 10 on IMDB.

Rin Okumura and his brother Yukio Okumura were both orphaned at a very young age and raised by Shiro Fujimoto at a church. Yukio is a picture-perfect child, while Rin, on the other hand, tends to be a troublemaker. One night while playing with some friends, Rin discovers that demons are real and that he himself turns out to be a direct descendant of the king of the underworld, aka Satan. This is also around the same time that Rin learns that his brother Yukio has known about demons for a while now and is actually a full-blown exorcist right alongside their adopted father, Shiro.

Some bad stuff happens, and then Satan arrives to drag Rin back to the underworld forcefully. Luckily, Shiro is an unbelievably powerful exorcist, but he has to sacrifice himself to keep Satan at bay, unluckily for Shiro. Blue Exorcist follows Rin as he attends true cross academy to become an official exorcist like his father, Shiro. Blue Exorcist is rated 7.5 out of 10 on IMDB.

Also Read: Jujutsu Kaisen Season 2 Might Happen As The Manga Has 13 Volumes