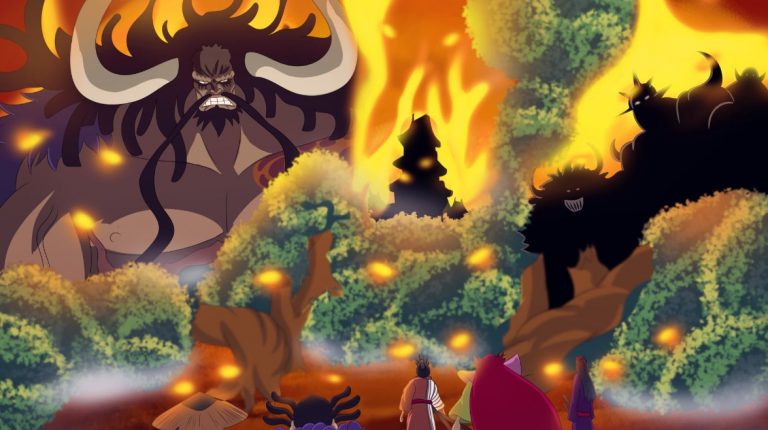 The recent developments in One Piece Onigshima raid have sparked a lot of controversies amongst the fans as most of them are not satisfied with how things are going. One Piece 981 spoilers are going to be really interesting.

So in today’s post, we will be looking at One Piece Chapter 981 release date, spoilers, and the recap of the latest chapters. The Onigashima raid continues, and it looks like some action has finally started. And as we have all expected it, Luffy finally blew his cover and things couldn’t get any worse.

Spoilers for One Piece Chapter 981 are here –

The latest One Piece Chapters are available online as soon as they are released on VIZ Media and Shueisha’s Manga plus official platforms. Raw scans for new chapters are released 2-3 days before their respective chapters are published. To support the Manga creators and publishers, we advise you to read the digital copies from their official websites and apps.

Previously on One Piece Chapter 980

Luffy and  Zoro are fighting with the beast pirates fodder. Lola asks Gotti to marry her which makes Luffy start rampaging and Zoro tries and calm Luffy down, but he gets furious too when he discovers the oshiruko. Apoo sees Luffy and reports to Queen, she wants to eliminate one member of the Tobiroppo, so he says he will give that empty chair in Tobiroppo to the one that catches Luffy and Zoro. Zoro cuts a tower in half with a lot of Beast Pirates in it.

There are a lot of new Smile users, like a gorilla, a giraffe, or a mantis. Apoo hits Luffy in the face with a sonic wave, then he cuts Zoro, and finally he sends an explosion to Luffy. Luffy and Zoro lose Kinemon’s costumes, Kid and Killer see all the chaos, Kid decides he will go for Apoo, Killer tries to stop him.

Kid goes after Apoo, he wants to kill Apoo. Luffy did not get injured and  Zoro gots the cut because he can not see or predict Apoo’s attack. Kidd attacks Apoo, Punk Gibson is the name of Kid’s attack that he used against Apoo. Apoo attacks with Tatakau Music: Scratch, Bon, Shaan, Doon. The one he uses against Luffy and Zoro.

Otherwise he would have made his way straight to Kaido and their encounter at the early stages of the raid will just ruin things as we can not have the final fight begin yet. We should all consider that as far as Luffy’s advanced observation Haki is concerned, it only worked if he is focused and aware of his surroundings. And in his case he was enraged and pissed at the way the beast pirates where handling the food.

If we all recall what was it that gave Luffy an opening in Katakuri’s seemingly invincible observation Haki prowess. Then we would understand why Luffy was also caught off-guard as well. We would remember that when Katakuri was enraged at Luffy for disturbing his lunchtime. He couldn’t accurately use his observation Haki and this gives  Luffy an opening to turn around the fight. Aside from this, in the coming chapters, we might also see marines reaching Wano, and joining the fight.