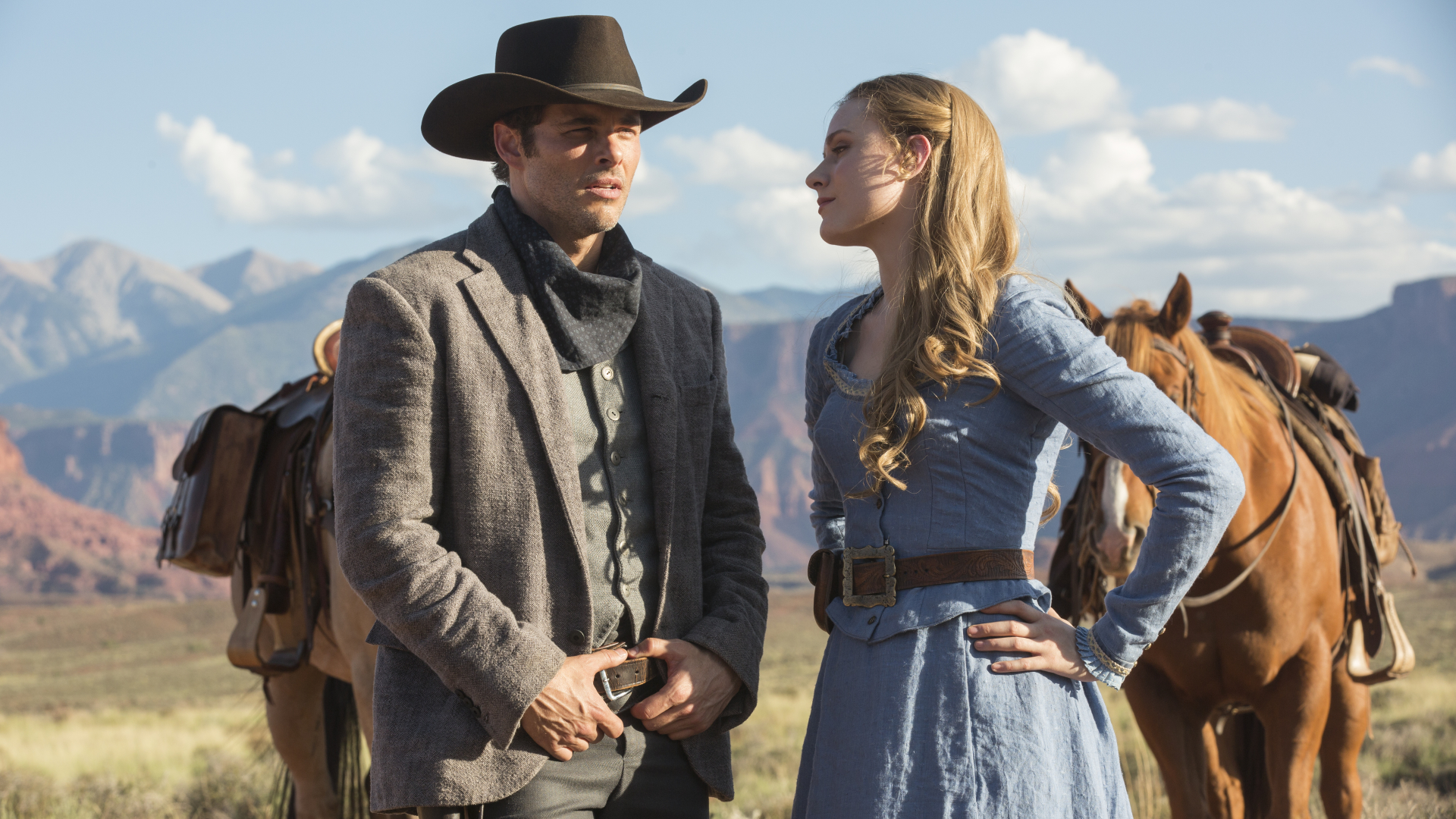 Teddy and Dolores from Westworld

Game of Thrones is the one of greatest fantasy series ever made and has got its fandom on its own. You can find various subreddits and online groups discussing the lore of Game of Thrones over the internet. Some of its characters like Jon Snow, Daenerys Targaryen and Arya Stark are one of the most famous characters across all fandoms and since then it got a cult following of its own. The series follows the books written by George R. R. Martin named a song of ice and fire and are one the most bestselling books. The series is set in a fictional world of Westeros, where rulers of different kingdoms fighting each other to sit on the iron throne and there is also a major threat coming from the north of ice zombies known as Whitewalkers.

Barry stars Bill Hader as the titular character named Barry, It is a dark comedy series is created by Bill Hader himself along with Alec Berg who is known for his work on Silicon Valley. The series follows Barry who is a hitman and wants to quit this work to pursue acting as a career. He takes acting classes of an actor named Gene Cousineau here he meets aspiring actress Sally Reed and begins to question his path in life as he deals with his criminal associates. The series now has a growing fanbase and ranked among the best comedy series in recent times.

Watchmen is one of the greatest graphic novels of all time, it also got a live-action film adaptation in 2009 which also garnered success. In 2019 it got a tv adaptation, this series serves as a sequel to the graphic novel rather than the 2009 film. The series has a total of 9 episodes, Which are easily binged able and are great. It is set after 34 years later after the events of comics and depicts a world where white supremacists have taken Rorschach’s look and plan to do some truly horrible things in Tulsa, Oklahoma.

Rome was first developed as a limited series but shortly produced as a two-part series, it’s a highly underrated gem. It follows the story of two soldiers named Lucius Vorenus and Titus Pullo, who find their lives linked with key historical events. The show depicts Julius Caesar’s reign as a dictator and his betrayal by Marc Anthony and his political and romantic affair with Cleopatra. The series was filmed in various locations but most notably in Italy.

Doom Patrol is a band of misfits who are together for their one cause, everyone in the group has gone through a trauma and who all received their powers through tragic circumstances and are generally outcasted by society. Most Mwmwbers from the team are treated by Chief, a doctor, and also serves as the leader of the group and gave them his mansion a place to live in and get protected from the outer world. The team consists of Crazy Jane, Robotman, Cyborg, Elasti-Girl and Negative Man, it premiered its first season in the last year and the show got renewed for a second season and will premiere later in 2020.

Rick and Morty is a name that is popular in every household. If not, they at least even heard of the adventures of Rick and Morty. Rick and Morty is kind of re-imagining of back to the future series. Rick is the grandfather of Morty, and they go on different planets in search of different quests and adventures. The series gets constant praise from critics for its humour, originality, and creativity. The fourth season of the show just finished airing and now is the perfect time to catch up before the next season. The Show is also famous among sci-fi fans in general for its depiction of time travel. multiverses and timelines.

Deadwood is a western show that used to air from 2004 to 2006 and run for a total of 3 seasons and considered be to benchmark in the western TV show genre. The series consists of prominent actors headed by Timothy Olyphant and Ian McShane, playing the real-life Deadwood residents Seth Bullock and Al Swearengen. The series takes place in the 1870s Deadwood, South Dakota and tell us about that period of time in different episodes. The show was created, produced, and written by David Milch.

Westworld is a sci-fi, western-themed dystopian Tv show which features a western theme park which has hosts and high paying guest come there to live their fantasies. The problem arises when the hosts become self-conscious and started killing guests in order to be free from their loop and enter the human world. The series has received largely positive reviews from critics, with particular praise having been given for its visuals, story, and acting. Westworld’s debut on HBO had the network’s highest viewership ratings for a premiere since the first episode of True Detective in 2014. Now is the perfect time to binge all the three seasons on HBO Max, Season 4 will premiere somewhere around 2022.

Doctor Who is a show which has a cult following of its own, Produced by the BBC has found a new home on HBO Max. There are various actors to take the mantle of the Doctor’s latest is Jodie Whittaker who is the first female to take up this role and Thirteenth in the overall Doctors LIst. Various items like comic books, pop figures, and other merchandise stuff are available in the market to cash in the Fandom and it is the list of all-time best science fiction shows. The show follows the stories of a Time Lord called The Doctor who travels through time in the TARDIS spaceship to help civilization.