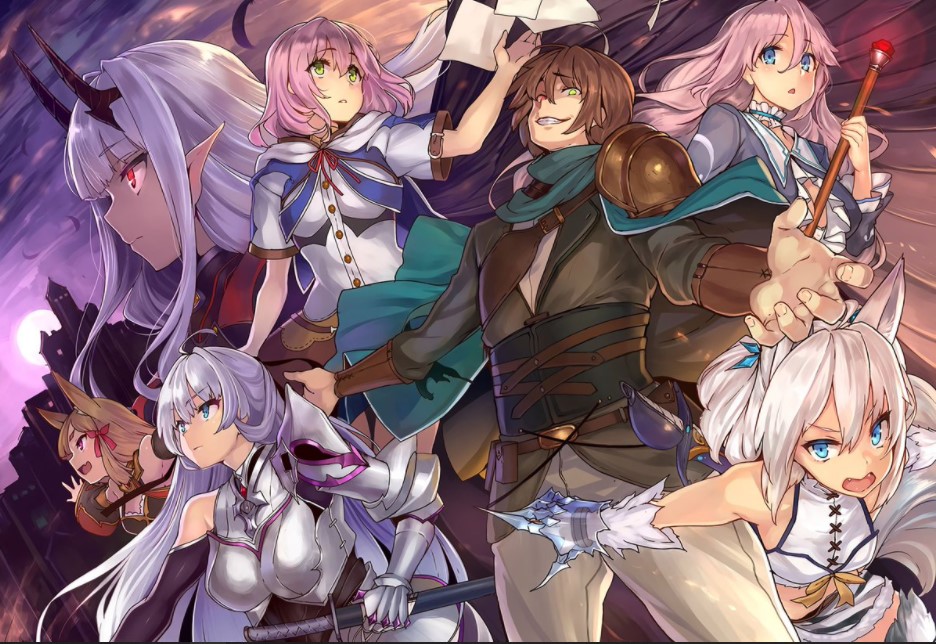 As the new week starts with the end of January approaching, we have more updates on the week’s anime release date. The Winter 2020 anime season is in full swing as almost all anime released more than two episodes for their return. Some are brand new and were making their debut, speaking of which, there are many those this season, and they are quite impressive. We will be looking at all anime releasing this week to check out their new episodes when released. Let’s start with the highlights of the week down below.

Those who have waited for years without giving up hope can now rejoice. After a hiatus that went on for years and years, World Trigger has returned to the screens with some epic action. Meeden is under attack, and their enemies have way advanced triggers. Intense battles broke out in the last episode, and it is not something one would want to miss. Take a look at the episode’s full post for more details: World Trigger Episode 3 Release Date. 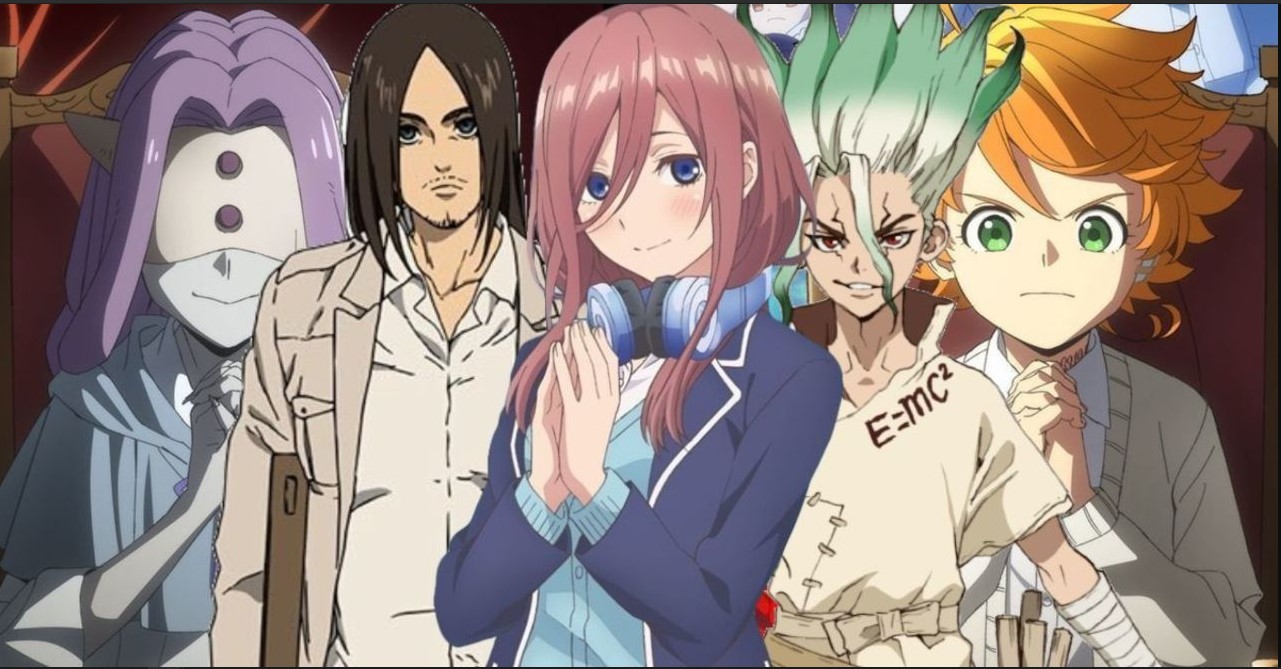 Which Anime Is Releasing This Week

First, let’s take a look at hit animes you would not want to miss on their new episodes this week. More action continues, and it is quite what most viewers are looking forward to. Have a look:

Jujutsu Kaise has started an exorcism race in the last episode. But some sorcerers are out to go and kill Itadori. How will this turn out in the end? We will find out soon when a new episode is out. For more details, look at the full post for the next episode: Jujutsu Kaisen Episode 15 Release Date.

The war between Paradis Island and Marley has officially started. But this time, it is Paradis Isalndn that has infiltrated and taken the fight to Marley. A new episode will be released this week. More details: Attack on Titan Season 4 Episode 7

The fight with the spade Kingdom forces nears and can begin at any moment. But before that news came in that Yuno is the prince from the Spade Kingdom. More details on the next episode: Black Clover Episode 160 Release Date.

Mugino and Konohamaru are on the run for their lives. Meanwhile, Ao is dispatched to recover the vessel. Danger looms over to the lives of Mugino and Konohamaru, but it appears that they might make it back to the Hidden Leaf Village. More updates on the next anime episode: Boruto: Naruto Next Generations Episode 183 Release Date.

After slowing things down a bit and focusing on the current alliance between Big Mom and Kaidou, One Piece Anime will return to action in Wano in the next episode. The new episode will be coming out this weekend. For more details, you can check out its full post: One Piece Episode 959 Release Date.

Seven Deadly Sin season 4 has made its debut last week with the release of episode 1. The episode had the most powerful demons go against the alliance of the sins and the angels. An intense battle lies ahead as Meliodas still slumber through his evolution to become the demon king. For more details about the next episode, you can read its full post: Seven Deadly Sins Season 4 Episode 2 Release Date.

Senku has officially started the stone wars against the Tsukasa empire. He has deployed Chrome and Gen to deceive Tsukasa’s followers for their preemptive attack. More details about the next episode of the anime: Dr. Stone Season 2 Episode 2 Release Date.

Emma, Ray, and the kids have finally made it out of the underground caverns. They now face the dangers of the outside world they have never explored before. With Soji’s training, they now set ut on their own. The next episode will be releasing this week. More details on the anime full post: The Promised Neverland Season 2 Episode 3 Release Date.

Delegates sent from the nearby kingdom have arrived at Tempest. They are welcome by Rimuru Tempest, but fights broke out. The next episode will show the aftermath of this sudden fight as it seems like they are just sparring. Full details on the anime post: That Time I Got Reincarnated as a Slime Season 2 Episode 2 Release Date

Re: Zeron continues with its second cour this week with the release of a new episode. Subaru finally stands before Garfiel in an intense confrontation. Find out what happens next when a new episode is released: Re Zero Season 2 Episode 41 Release Date.

Cells at work code back are also releasing a new episode this week. For more details on the release date and time for the next episode, you can check out the anime’s full post: Cells At Work Code Black Episode 3 Release Date.

Kemono Jihen made its debut last week and will be continuing with a new episode this week. The second episode of the anime takes us to the Inugami detectives headquarters in Tokyo, where strange mysteries happen daily. More updates on the anime’s full post: Kemono Jihen Episode 3 Release Date

Ex Arm continues with the anime release schedule and will release a new episode this week. For more details about the next episode of the anime, you can check it out here: Ex Arm Episode 3 Release Date.

I’m a Spider So What? Episode 3

The next episode of I’m a Spider, so what will release this week. The anime continues, and this time shifts the focus to the evolutionary traits that the game shows for the first time. More details: I’m a Spider So What? Episode 3 Release Date.

Tomozaki continues to try out life, making use of his expertise in video games. He tries the same approach he uses in games. Take things to step by step and set quests to complete and increase levels—more updates on the anime post: Bottom-Tier Character Tomozaki Episode 3 Release Date.

Back Arrow continues this week with yet another episode. Shu Bi has agreed with Back Arrow and wants him to wait while he checks out something in the ancient scripts. He made a significant discovery and is now about to head back to Back Arrow. More details about the next episode of the anime: Back Arrow Episode 3 Release Date.

The Hidden Dungeon Only I Can Enter Episode 3

Noir has finally passed the hero academy exams and got accepted into the guild. He wanted to raise more money to pay for his tuition. And now that he earns enough, his adventures in the Hero Academy will begin in the next episode: The Hidden Dungeon Only I Can Enter Episode 3

Lloyd found himself coerced into a fight in the last episode of the anime. Fortunately, he was rescued by Marie and has taken him somewhere safe. The next episode will see Marie’s intervention as Lloyd’s life was almost made into a misery. The next episode release date is as follows: Suppose a Kid From the Last Dungeon Boonies Moved to a Starter Town Episode 3 Release Date. 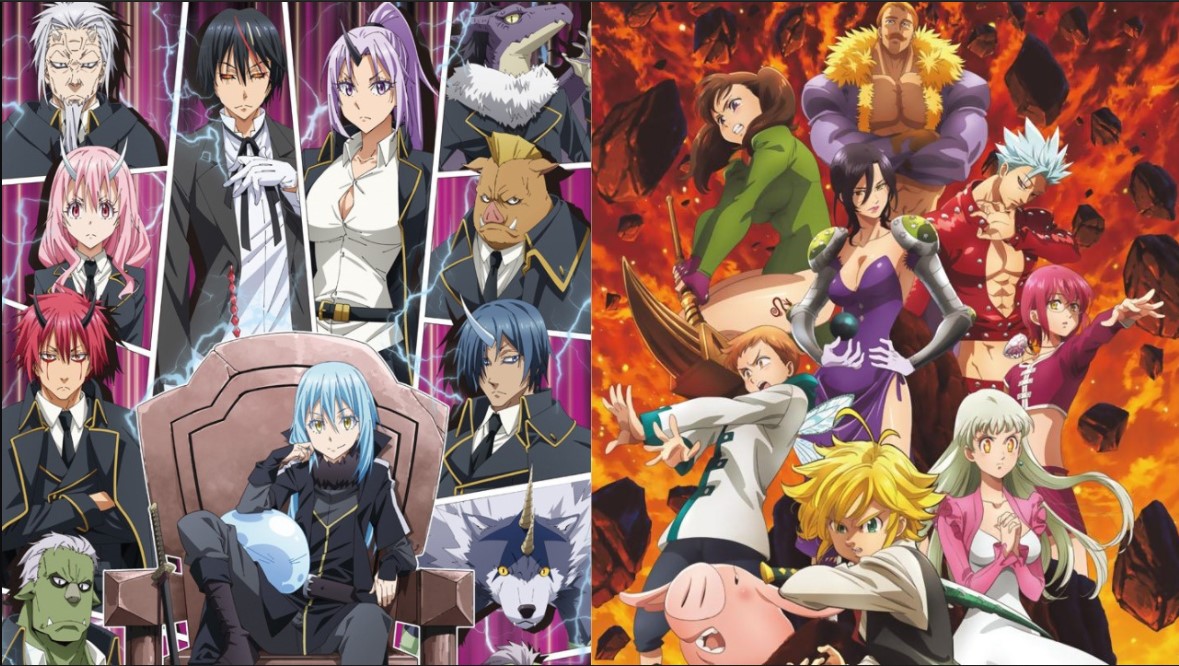 Other Anime Releasing This Week

We also have the weekly manga highlights for the latest manga chapters releasing this week. You can take a look at the full post to see which manga will be releasing this week. And when will those that are on a break release new chapters. As usual, most anime will be available for streaming on Crunchyroll and Funimation. Fro the new seasons, dubbed episodes will be available later in the season.