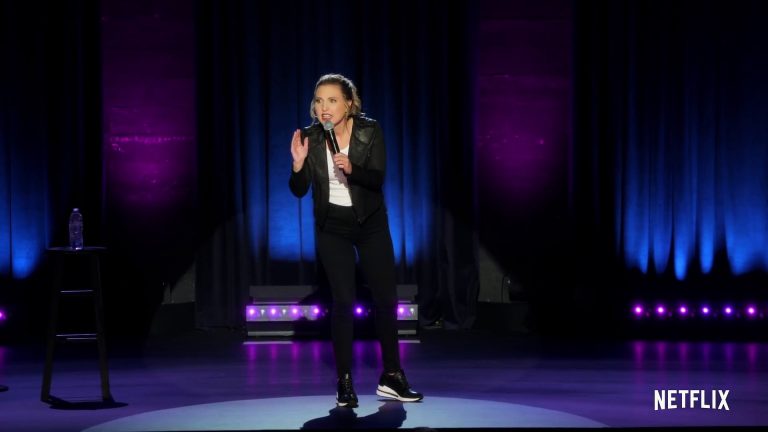 ‘Taylor Tomlinson Quarter Life Crisis’ stars Taylor Elyse Tomlinson who is an American stand-up comic. Tomlinson built her career by performing in church basements and coffee shops, eventually becoming one of the youngest headliners on tour with appearances on shows like The Tonight Show, Conan, and Comedy Central. She also became a top ten finalist on the ninth season of NBC’s Last Comic Standing in 2015 and was one of the “Top 10 Comics to Watch” by Variety at 2019 Just for Laughs Festival. She then developed a sitcom for ABC, but unfortunately, it was not picked up for a pilot. Next, her debut Netflix appearance was a 15-min set on an episode of the stand-up series The Comedy Lineup in 2018, and her own hour-long Netflix special, Quarter-Life Crisis, premiered in March 2020. Taylor Tomlinson was raised in a Christian family, which features heavily in all her comedy routines. She began performing comedy in church and nearby schools at the age of 16, after which her father signed them both up for a stand-up class.

In popular psychology science, the quarter-life crisis is a crisis “involving anxiety over the direction and quality of one’s life” which is most commonly experienced in a period ranging from a person’s early twenties up to their mid-thirties (although the quarter-life crisis can begin as early as 18 years). It is defined by psychologist Alex Fowke as “a period of insecurity and disappointment surrounding your career, relationships, and financial situation”.

The stand up is directed by Marcus Raboy and written and performed by the hilarious Taylor Tomlinson.

In Quarter-Life Crisis, Taylor Tomlinson talks about the anxieties and life events that revolve around a person in his/her twenties and how each event takes a hilarious turn on everything else in their life. In the stand-up, Taylor speaks about how she’s part of the way through her twenties, and she’s over it. How she is too old to consider partying and too youthful to think about settling down, in Quarter-Life Crisis, comic Taylor Tomlinson trains in on her life decisions and how In her mid-twenties, she is ready to leave her mistakes behind.

If you are someone who has the same mindset and is stuck between this age of either being old enough to have fun like a happy to go teenager or way too young to get going at life in a serious manner and state of mind, quarter-life Crisis might just be your answer, because we’ve all been wondering all our lives. At some point of time, it gets funny how we still haven’t reached somewhere. And this age, the unpredictable twenties, it is all about that confusing yet beautiful journey every one of us takes. Taylor manages to lure the audience by her amazing sense of humor and great communication skills that leave the audience in awe and wanting to know and laugh more about life. The stand-up comedy is an example of how life can be a trouble and something funny at the same time, and we often forget the essence and importance of living life come what may, quarter-life crisis, just proves why we should leave our troubles behind and just live in every situation that time gifts us. We’re lucky to have this time, so let’s laugh and get over it? And if we find ourselves stuck, we can still laugh about how silly we are!

Quarter-life Crisis released on 3rd March 2020 worldwide and has got its deserving response because it just didn’t tickle the stomach of each and every person who watched it always overwhelmed the audience. It made them believe that its okay to make mistakes and learn from them and then realize how wonderful every upcoming opportunity can be!