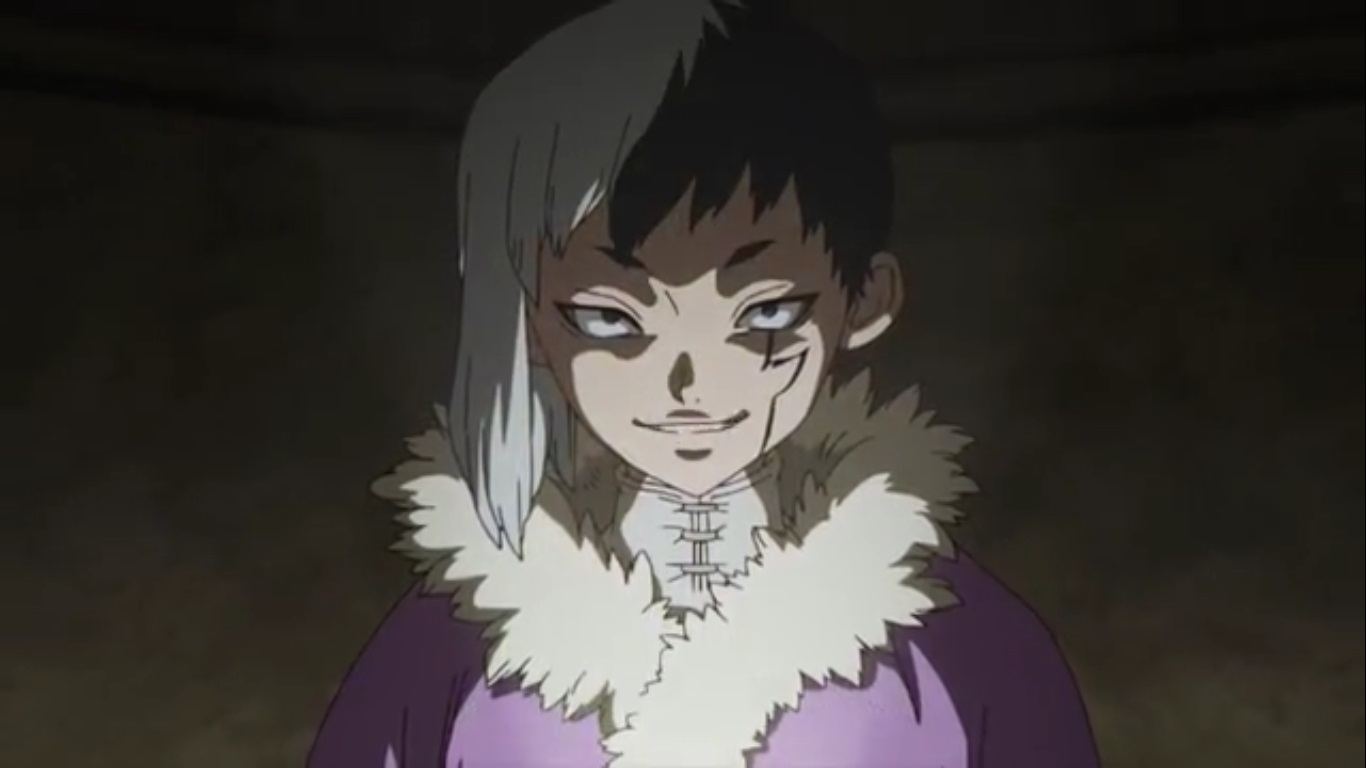 Dr. Stone Season 2 Episode 1 was released earlier this week and marked the premiere of stone wars. Dr. Stone Season 2: Stone wars will be running for a total of 11 episodes. The episodes will mark the end of season 2 of the anime. The new episode started from where season 1 ended. But before that, the anime made a brief recap of the first season. The kingdom of science has made good progress, and Senku is now famous as the one who came up with it.

Gen appeared telling the stories of how the current world came from the moment of prosperous human civilization. Senku was the hero in the story as he kept counting the days up until the day he revived. Using his knowledge of science, he managed to break down what happened until then. But the petrification remains a mystery up to this point. The winter season approaches within Senku’s scientific kingdom, which means their fight with the Tsukasa empire continues.

Tsukasa still has his spy keeping tabs on the kingdom of science, and Senku is well aware of this. So soon, it will be about the time they make their move. But they remain wary of Tsukasa’s spies, and this time, Senku has a plan to deal with that. The battle moment has finally arrived, but Senku is doing an excellent job at keeping everyone at ease. Asagiri Gen can see through all of it and knows that wars usually leads to casualties.

The anime will continue once again next week and release Dr. Stone Season 2 Episode 2. The episode will be available for streaming on Crunchyroll and Funimation.

The Kingdom of Science Prepares for Stone Wars 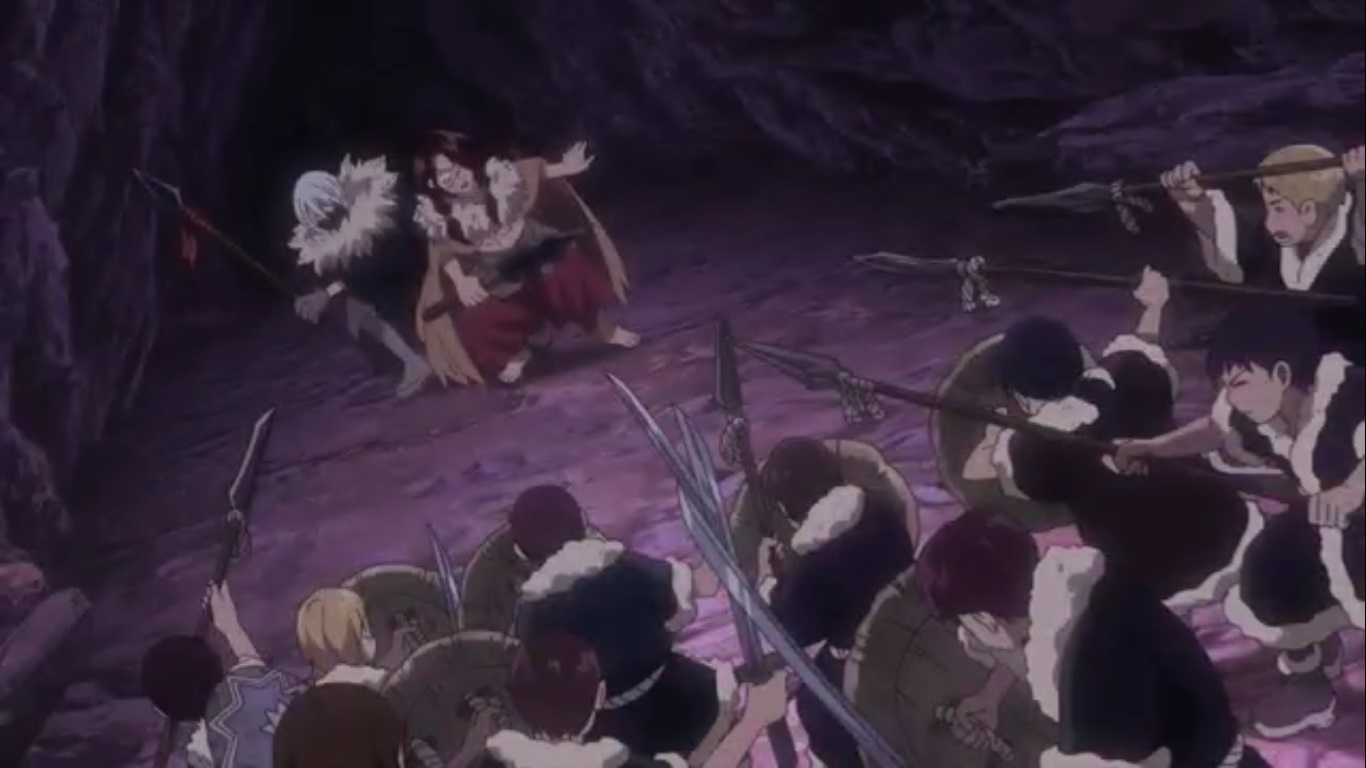 Things are getting busy in the kingdom of science with the preparations for the stone wars. Tsukasa and his empire have not yet made an appearance. Dr. Stone Season 2, Episode 1 focused on Senku and the progress he has made so far. He knows that battle in the cold winter will be harsh and is making all scientific preparations. He started with freeze-dried food, which he says will keep them warm in winter. We don’t know how he intends to use this, but it appeared as instant and portable. So it will turn out crucial as they will need food to sustain their forces.

Asagiri Gen approached Senku when everyone was sleeping. They reflected not the fact that what they are doing is the same as marching to their deaths. But Senku believes that science will win over the Tsukasa empire. Asagiri, Gen also came up with a good idea. Senku wants to use the voice recording he had to try and woe Tsukasa’s followers to his side.

They want to send the message that some of the nations have recovered and civilizations as usual. The only reason Tsukas’s followers are sticking to him is that they think that all society in the world was petrified. But using this strategy will give Senku and his people a tactical advantage. So they will create a device that will mimic the voice of someone and report about the situation in other parts of the world.

With the plan set in action now, they will be heading out with their equipment. Chrome managed to overhear Senku and Asagiri Gen’s conversation. Gen wanted to be the one to carry the transmission equipment over to the Tsukasa empire. But Chrome said that he is the best candidate to do this.

The Kingdom of Science Sets For Tsukasa Empire 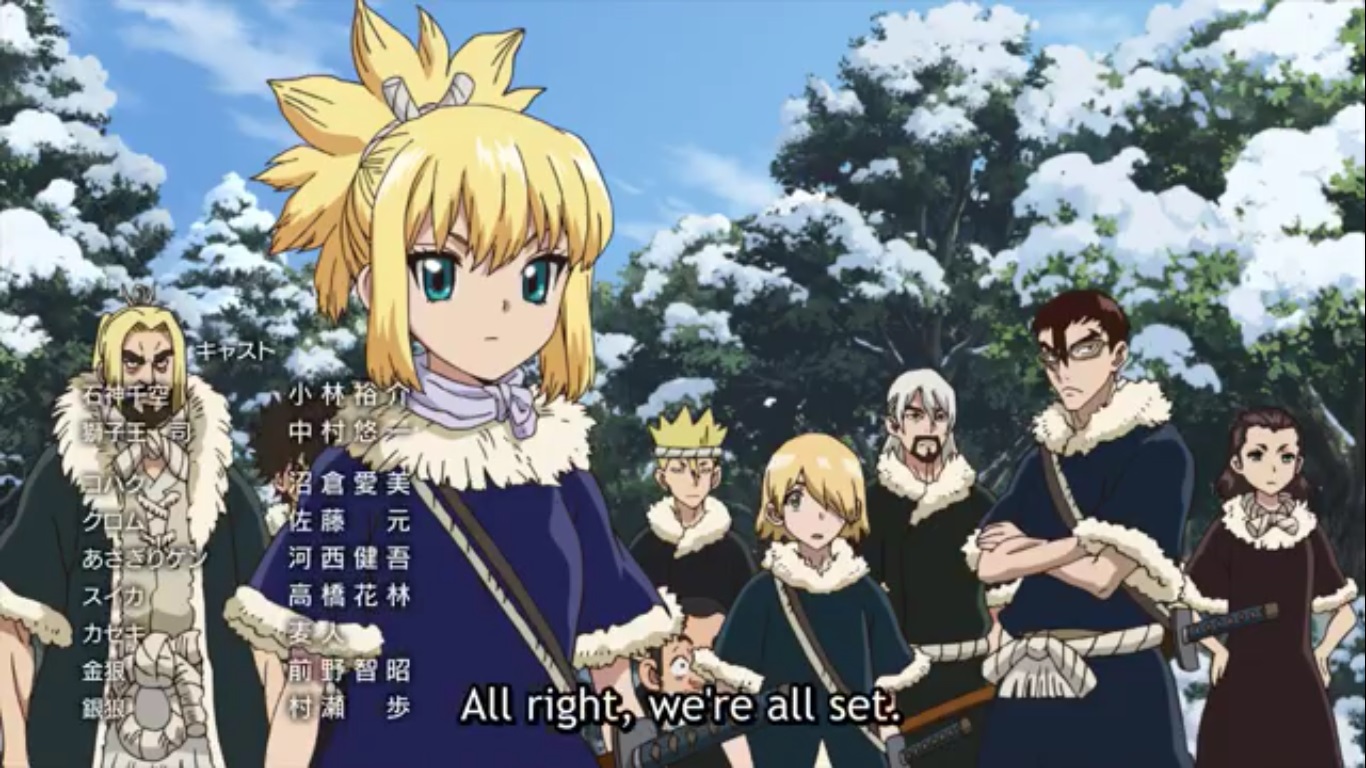 With all the preparations done, it was time to set the trap. They plan to deliver the transmission device over to the Tsukasa empire. Then they will use the voice from the recording to send a message, which will have Tsukasa’s followers doubting him. They were also carrying cathode-ray tubes with them, so it is not ideal for them to travel in the night.

Since they know that Tsukasa’s spy was out there, it was easier to identify her. It was snowing already, so they look for the forest area with less snow since her activity will drop snow from treetops. With this information, they set a decoy for her. Senku made explosive bombs that will make a lot of sounds and attract the spy’s attention. While he is doing this, Chrome and his group will leave on the opposite side. Then Tsukasa will not know of the attack that is coming when things go like this.

The decoy was a success, and the spy looks over everything happening in the kingdom of science. And a lot of loud explosives blasting attracted her attention. This suggests that Senku could be developing some explosives to use against Tsukasa, which made it a good decoy for the girl spying on them. With Senku’s forces on their way, this means that the war has begun. So it will be a lot of action in the upcoming episodes of the anime. Given that this season will have a total of 11 episodes, then things will likely develop faster.