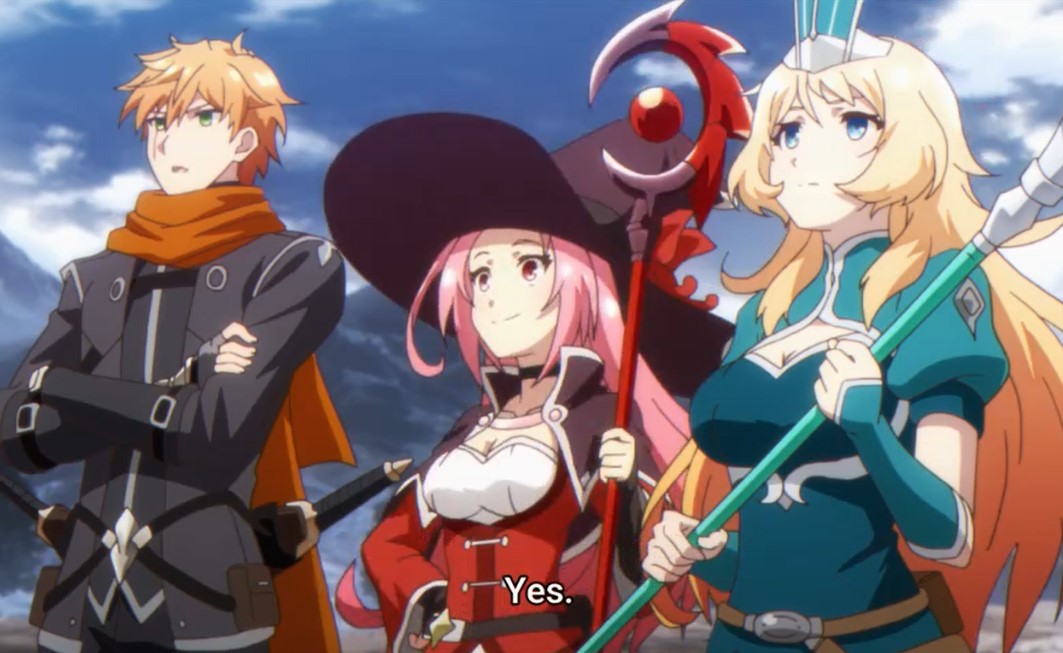 On their way to the Windland Snow Mountain, Kasel and Roi encounter an undead. It was one of Roi’s former companions’ Captain Zeyad. Roi decided to lay the Captain to rest. After the incident, Kasel and the others continue with their journey with renewed determination. After killing the undead, the crew manages to reach the majestic mountain. Cleo is glad that they are about to meet master Pavel.

Kasel comments that the nocturnal sun is about to cover up the moon. They have to get Master Pav el to unlock the seal before the moon is fully covered. While they are climbing up to the mountain, they find that people do not use the path. Kasel comments that it’s no surprise to hear Pavel hasn’t met anyone in 100 years. Cleo comments that Pavel is the sorcerer among sorcerers. 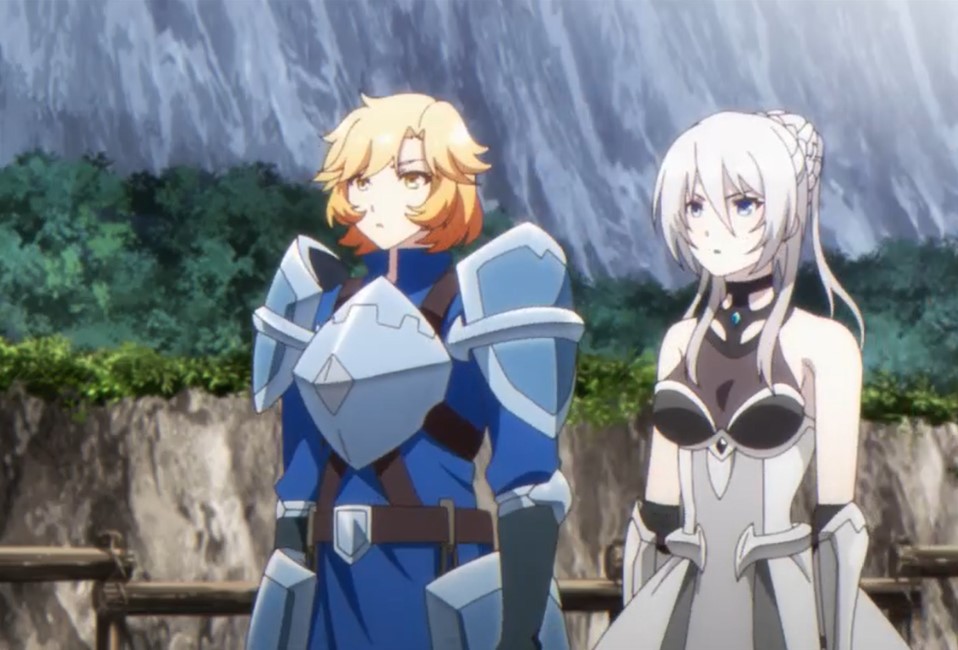 Previously on King’s Raid: Successors of the Will Episodes 19

Kasel reveals that Lorrain said Pavel lives in an ice cave. Suddenly a giant demon emerges. They started to battle with, but Cleo and Frey got defeated. When it was about to kill them, Kasel cut the demon’s leg, and Roi finished it cutting the head. Frey uses her healing magic to restore Cleo’s body. Roi comments that the demons are gaining power. After defeating the demon, they decided to move, but Frey is no feeling well.

She collapses when they read a house, and they get inside, allowing her to rest. Roi and Kasel head to get water. Kasel regrets that he has pushed Frey so far. He thinks that they have to rest for Frey’s sake and continue to head towards Pavel’s cave. At the same time, Scarlet and Demia are watching the nocturnal sun covering the moon. Demia comments that they must leave the village he the sun rises.

The Tower of the Sage:

Scarlet said that Riheet said the attacker was a demon stronger than anything he has fought. The Dark Lord might also be close to returning, and they must be prepared to fight back. Scarlet reveals that she will travel to the Tower of the Sage to meet Dominix. They need his help in preparing for the battle. Demia asks if they are going with Rehhet to Orveila or leaving him here. Scarlet responds that Riheet will decide for himself.

Scarlett realizes that she knows Riheet intention of taking over the Orveila Kingdom. She is worried if they still need help from him. Riheet wants to get revenge from Orveila for killing his race when he was young. Inside the house, Riheet members how the demon killed Tamm and other elves. He realizes that demon Maria told him to visit Illya’s lab at the Tower of the Sage. He will find Illya’s Sword that she left there. 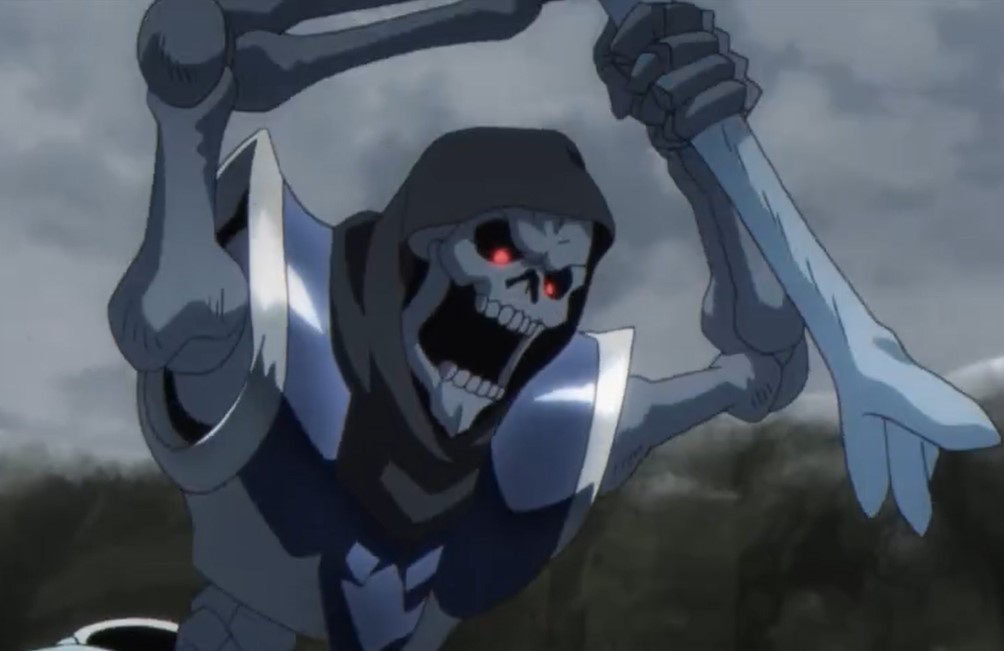 Riheet decided that he will get that Sword and slay the demon who killed his comrades. Back in the mountains, Kasel had a bad dream and wakes up in the middle of the night. He heads out to get some fresh, and Frey follows him. Kasel told Frey about the dream, and he thinks that the Holy Sword is trying to tell him something. He is worried that he cannot understand what the Holy Sword is telling him.

Frey realizes that she has to change the destiny since Kasel might face death on his journey to save the world. Kasel comments that he is the heir to the Holy Sword, but he is not yet the user of the Sword. Frey consoles him and reminds him about their childhood memories. The two enjoy playing a game of catching a snow bug, but Frye’s heth deteriorates again.  When they reach the house, Kasel waited for Frey to sleep and heads out.

Roi follows and asking where he is going at this hour while leaving them with the letter. Kasel told Roi he hs decided to take the trip alone since he doesn’t want Frey to be protected. Roi told Kasel that he could not do this alone, and if he dies, Frey will drown in sorrow for the rest of her life. Frey will question everyone why did they let Kase alone and why did they not protect Kasel.  Roi comments that Kasel should know how it feels to be left behind.

Roi reminds Kasel about their friendship, and they are not just traveling with him to get a sword. They are committed to everything, and Cleo joins them, saying g that Roi is right. Frey has sacrificed her healing magic to help everyone, and that is why she is not feeling well. Frey also jins them and Kasel apologizes that his mind was only thinking about going alone. He decided that they will continue the journey together.

King’s Raid: Successors of the Will Episodes 20 Preview

We will meet again when the new episode is realized on Saturday. That what episode 20 has to offer for us, stay with us until the episode finale.