Today we will talk about What Happened to ‘Launch’ Of Dragon Ball Z? The plot of Dragon Ball Z is a sequel to Son Goku’s quest and how his comrades protect Earth from extraterrestrial dangers and other fantastical creatures. There are several fascinating characters in the Dragon Ball Z animation series, which adds to the enjoyment of the show. Launch, a character from the Dragon Ball series, is one of them deserving of discussion.

Son Goku’s mission and how his friends defend Earth from extraterrestrial threats and other magical creatures are the main themes of Dragon Ball Z. The Dragon Ball Z animated series features several intriguing characters, which heightens the program’s appeal. One of them that merits discussion is Launch from the Dragon Ball series.

In the Dragon Ball Z anime, launch is a young lady who switches between two other identities due to a multiple personality disorder. She typically transforms into an unhinged lunatic every time when she sneezes.

What Happened to Launch in Dragon Ball Z?

Let’s take a look at Launch’s background and how she was brought to the action-packed fantasy epic before moving on to what happened to her in Dragon Ball Z. Her first demeanor is that of a young girl with blue hair who is helpful, friendly, and fun to be around. When she flips to her other personality, she doesn’t look anything like she does when she’s in her first personality.

Her entire appearance and personality change once she switches to her second personality. She transforms into a brash, gun-wielding blonde woman with blonde hair who can kill anyone. She has been able to conduct crimes with the help of her second personality in exchange for money, and she is wanted for a long list of crimes. Launch sprang to fame in the Dragon Ball series after Master Roshi asked Goku and Krillin to get him a lover so she could go with him to training. Launch joined the Dragon Ball team after Goku and Krillin tracked her down and took her to Master Roshi’s island.

Launch has two distinct personas, thus, anytime she changes identities, her attire also changes. Therefore, it would be ideal if we looked into how she dresses when either of her personas is present. Launch is depicted wearing a green crop bikini top with yellow shorts and a red belt while she is in her first personality. She accessorizes with green socks, fingerless gloves, and red shoes.

She looks adorable with her huge blue eyes and blue hair with a red ribbon, and she aids Master Roshi in his training despite the fact that he is a pervert who constantly seeks out improper ways to touch her.  Launch sneezes after having her nose poked, turning her into the villainous Launch, therefore, he usually fails at it.

Launch’s hair turns blonde, and her eyes get thinner when she adopts her wicked personality. She now wears a black tank top, a pink tank top, white knee pads, and red gloves. She also has a machine gun that she uses to harm people. The fact that Launch shoots Goku, Krillin, and Master Goku with her gun and they flee from her while being strong enough to deflect the bullets shows how terrified they are of Launch’s negative side. 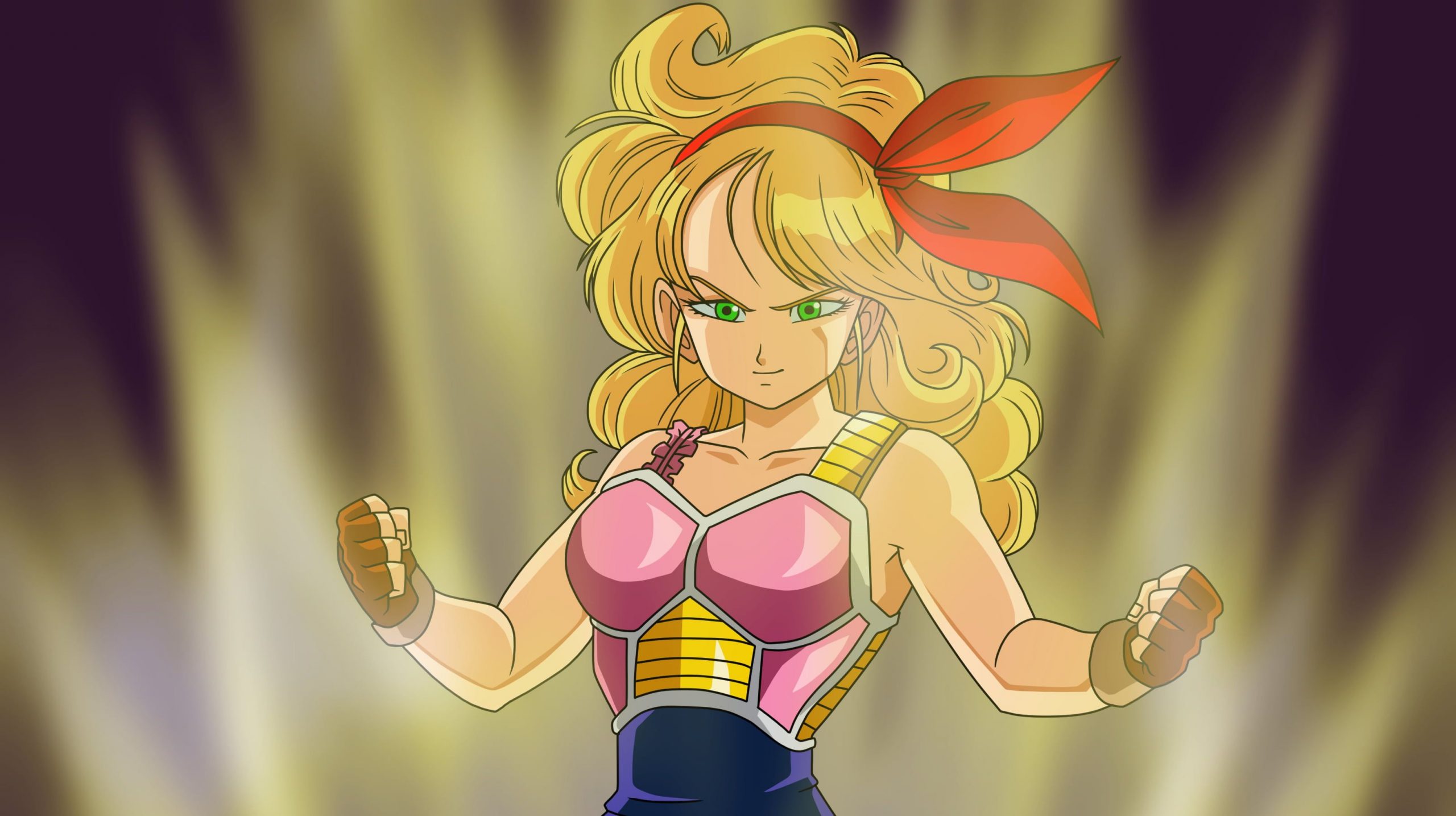 Launch first appeared in the Dragon Ball series in a scene where she was robbing a train while embodying a criminal, and the police were after her to apprehend her. She sneezes out of the blue in the middle of the chase and immediately reverts to her kind attitude, completely forgetting what she was doing. Goku and Krillin, who were on a mission to find a partner for Master Roshi, then come to her aid. While Krillin hides, Goku fights the cops.

Later, they take Launch to Kame House, where she meets Master Roshi. Launch makes the decision to train and remain with them so she can avoid detection by the authorities. She occasionally adopts a different personality and fights Goku, Krillin, and Master Roshi, so she settles on sticking to cooking and cleaning rather than learning how to fight. People assumed that Launch was killed off in the series when she abruptly vanished in Dragon Ball Z. Launch was last observed in a pub crying about the murder of her boyfriend, Tien. Fans were eager to learn what happened to her because they would eventually only see her in flashbacks and memories throughout the series.

Also Read: Dragon Ball Characters: How They Looked Then Vs Now!

When asked about Launch’s absence in the series after a while, Dragon Ball creator Akira Toriyama admitted that he had completely forgotten about her character, which is why she had stopped appearing in the series. Fans can rest easy knowing that Launch isn’t actually dead but that his creator simply forgot about him. One of the endearing and enduring personalities in the Dragon Ball series is Launch. Fans have been amused by her unusual borderline personality and the humorous situations that arise as she swaps personalities throughout the series. Fans were not happy to see her go since they hoped to see much more of her in the series.

Akira Toriyama acknowledged that he enjoys developing new anime characters, which is what led him to forget about Launch. In fact, he admitted that he sometimes forgets how many characters he has made. Fans can rest easy knowing that Launch is still present in the series for the time being.

You can watch all episodes of Dragon Ball Z on Crunchyroll. It is the official streaming partner of this anime.