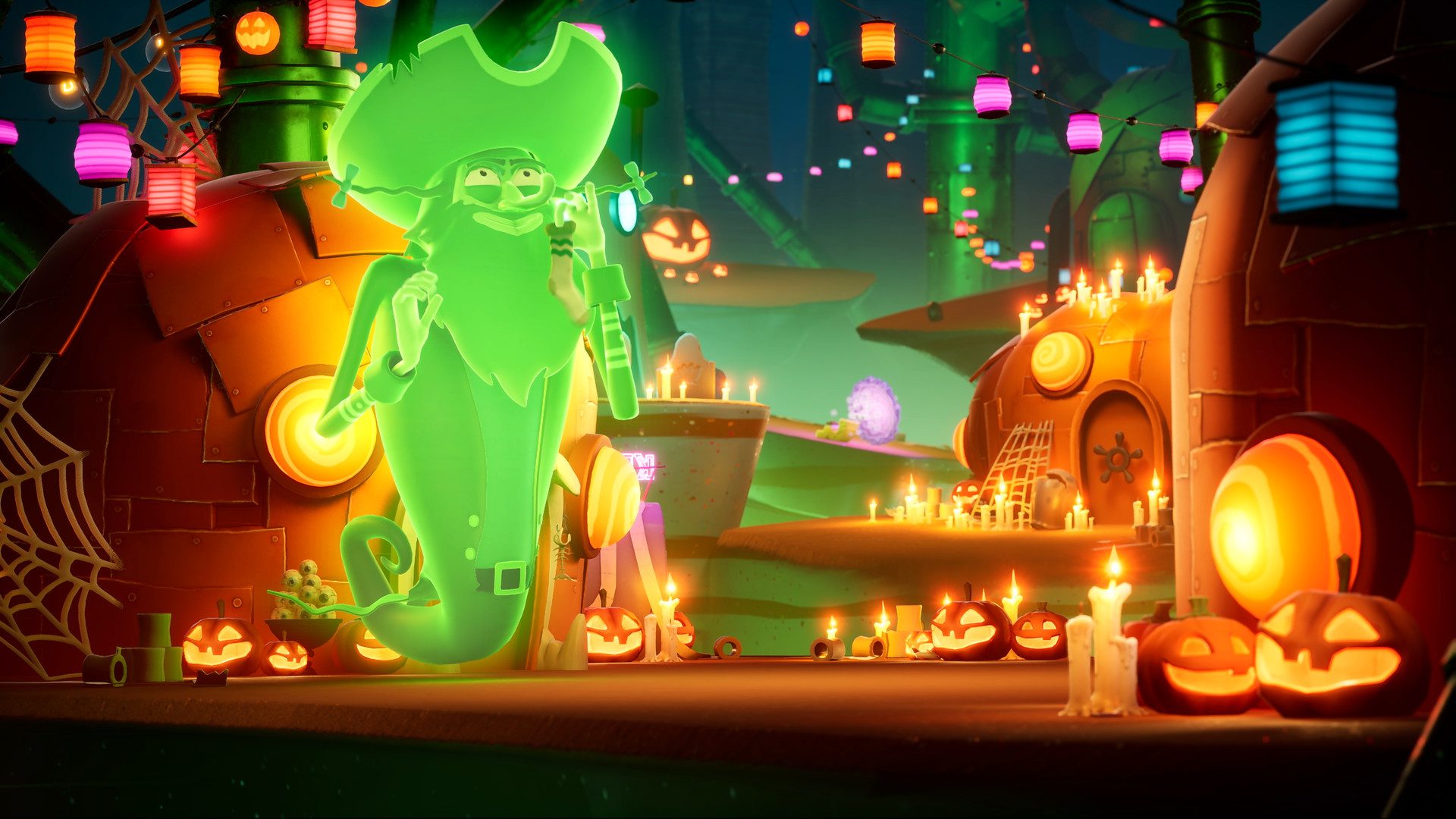 SpongeBob Cosmoc Shake release date is all fans could talk about. This game is about to release for all the SpongeBob fanatics out there and the launch is sooner than you expect. The plot of Cosmic Shake is based on the animated Nickelodeon series of the same name called SpongeBob SquarePants. Purple Lamp Studios are making this game. The studios have developed various SpongeBob games in the past such as the SpongeBob SquarePants: Battle for Bikini Bottom – Rehydrated. THQ Nordic will publish The Cosmic Shake game. The gameplay will launch compatible with various platforms such as Microsoft Windows as well as Nintendo Switch and PlayStation 4 along with Xbox One.

The gameplay is quite simple but will be available on a variety of levels. First of all, we will witness that SpongeBob is obviously the main player in the game. Through his character, the players can navigate through the various worlds with different themes all along. These places are known as Wishworlds. Patrick will also be with SpongeBob all along. He has actually been made into a magic balloon and we can expect the duo to have some great adventures together within the game.

The Cosmic Shake first came into existence when its predecessor, Rehydrated established itself as a commercial success among gamers. As per the Studios, they describe The Cosmic Shake to be a spiritual successor to Rehydrated. Previously on the Battle for Bikini Bottom, we had three playable characters that are, SpongeBob, Patrick, and Sandy. 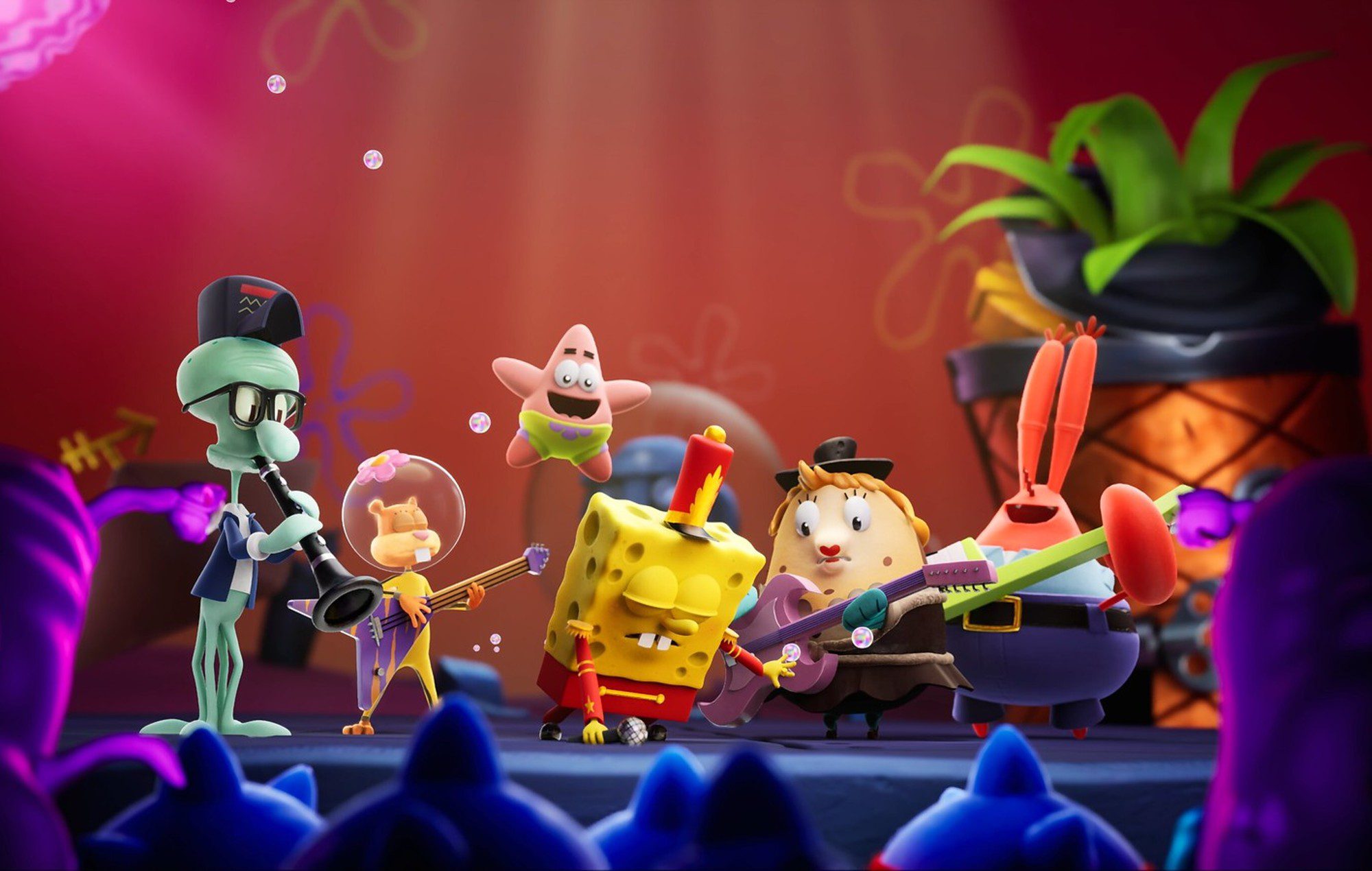 A still from SpongeBob SquarePants: The Cosmic Shake

Each of them was presented with special abilities and the users can choose any between them. With The Cosmic Shake, the Studios have made it all different. They are solely focusing on SpongeBob and his growth. He will be provided with a bunch of new abilities which were absent in Rehydrated. This time, there will be a wide variety of costumes. These can be unlocked throughout the various aspects of the game and are the main priority within the gameplay.

SpongeBob SquarePants: The Cosmic Shake release date is not official just yet. Although, rumors within the industry suggest that we will get the gameplay by January of 2023. An announcement for the game was first made by THQ Nordic back in 2021. This game was displayed as a part of their 10th-anniversary showcase. A new trailer has recently been released about the game. It reveals the gameplay and the end of the game.

As we navigate to the official website of SpongeBob SquarePants: The Cosmic Shake, THQ has described the game in a very fascinating manner. They say that the universe is held together by fabric. Although, this fabric sometimes could tear up giving shape to Wishworlds which is full of various challenges and new characters. As per the official description, fans can expect to come across a bunch of knights as well as cowboys and pirates. There will also be some snails belonging to the prehistoric era. Although, the users will be put behind the handle and there is nothing you can paddle across with the right costume.