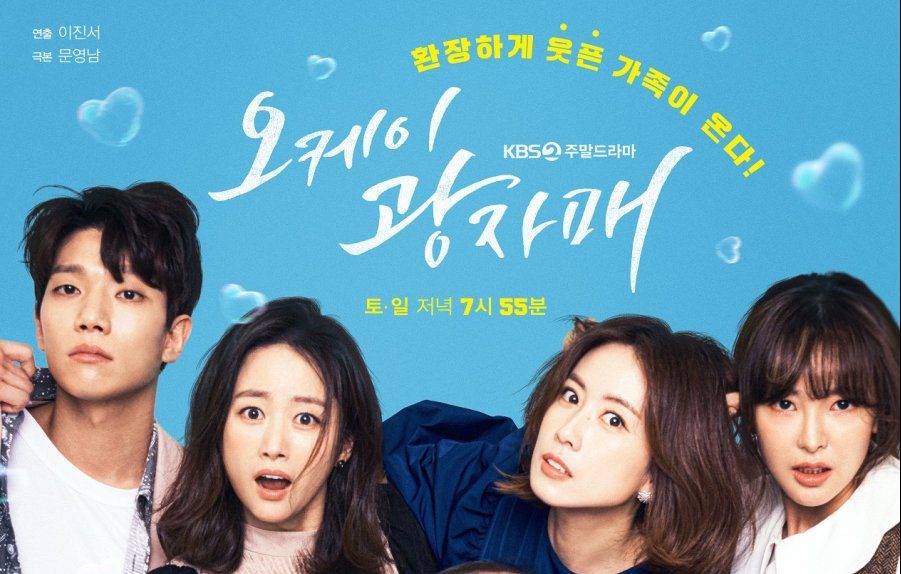 March is only beginning, but it looks already promising with a line-up of lots of enticing Korean drama for release. There is something stored for in March that makes everyone look forward to the month irrespective of their tastes. You already have seen the Revolutionary Love Korean Drama, but the industry is bringing Revolutionary Sisters in March. It will be a family drama that is not a new industry in the Korean industry. Some of their previous hits are My Father is Strange, Marry Me Now, My Unfamiliar Familiar, Once Again, etc. Now, let’s get into the details that we know everything about the upcoming Revolutionary Sisters series.

Revolutionary Sisters is a family romance mystery thriller melodrama from South Korea. It has also other names such as Ok Kwang Sisters, A Happy Other’s House, Jeulgeoun Naui Jib, Ok Light Sisters, etc. Fortunately, one does not have to eagerly wait for the series as it is premiering soon from the second week of March. It will take place of the now airing drama ‘Homemade Love Story’ on KBS2. The Revolutionary Sisters will release on March 13, 2021, and air up to August 29, 2021. It will have a hundred episodes and would air every Saturday and Sunday of the week.

The creator behind the Revolutionary Sisters is KBS Drama Production. The screenwriter for the series is Moon Young-Nam with Lee Jin-Seo as the director. The executive producer and producers for the drama are Kang Byeong-Taek, Sang-Hwi Kim, and Min-Soo Ki. They all belong to the KBS Drama Headquarters. Pan Entertainment and Chorokbaem Media is the production company for the series, with KBS as its distributor. Jang Young-Kyu is giving composition to the drama. Recently, a sneak peeks into the role of one of the characters with the filming of some stills in February. So, it seems that the production of the series is almost completed and is in the last stage.

Revolutionary sisters were not the original working title of the series but rather was Jeulgeowon Namui Jib. The drama all revolves around a murder wherein the prime suspects are the family and near members only. However, the mother of the family got murdered while she was in midst of filing divorce proceedings. Now, the father and the three daughters became the main suspect for the murder. Not only that, but their extended family also came under the suspect list. It is pretty much a humorous story that becomes suspenseful after the death of their mother. It will explore the relationships between the father and his three daughters.

Read More: KDramas Similar to True Beauty To Watch in 2021