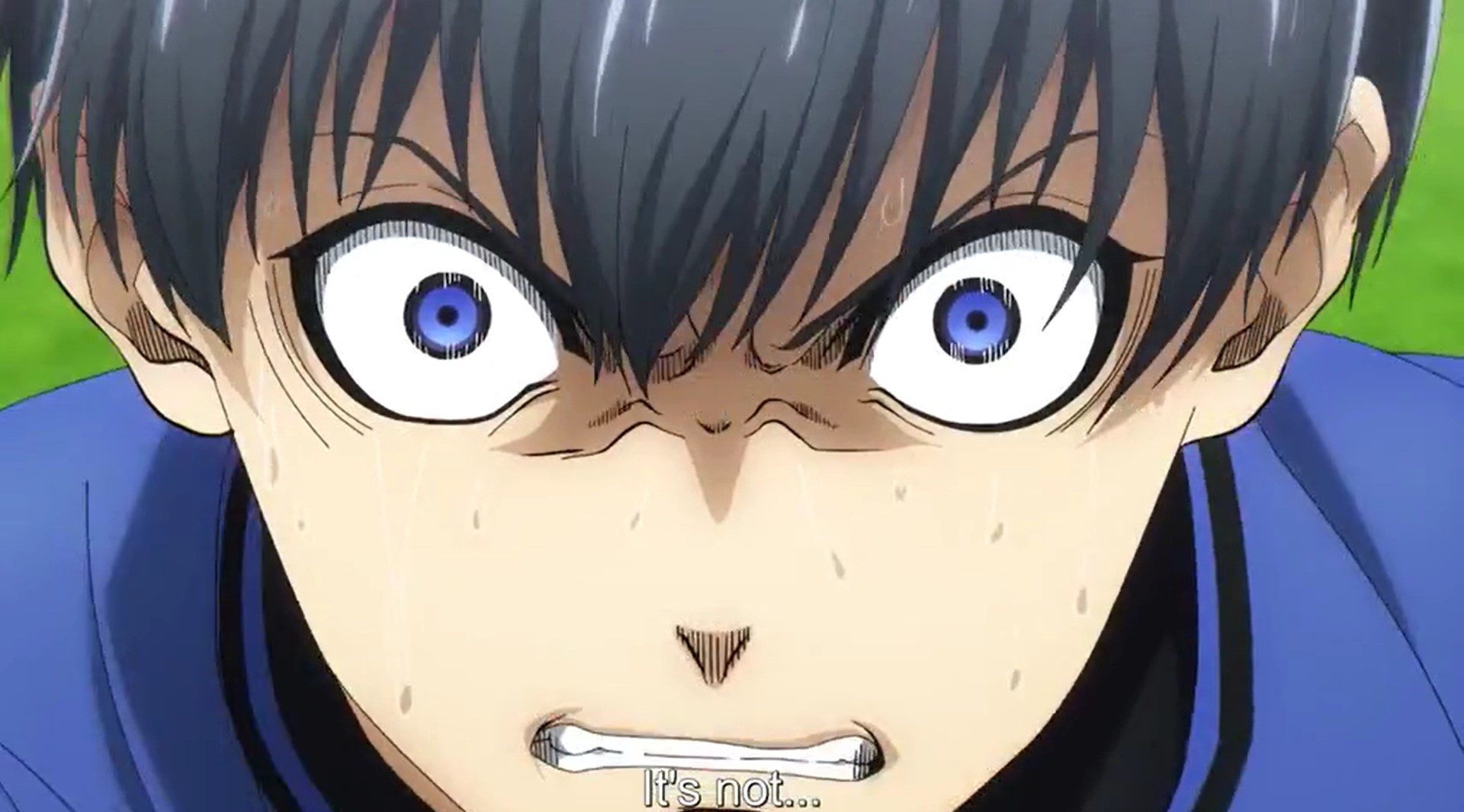 Blue Lock Episode 8 is set to release this weekend. The Japanese manga series Blue Lock was written by Muneyuki Kaneshiro and illustrated by Yusuke Nomura. It has been serialized in Kodansha’s Weekly Shōnen Magazine since August 2018 and contained in 21 tankōbon volumes as of October 2022. An anime television series adaptation was produced by Eight Bit.

We see in episode 7 that Chigiri recalls his soccer career when he was referred to as the genius and played for the same high school as the Wanima twins. Down 4-3, Kuon has leaked Team Z’s strategy to Team W. His ACL tore, putting his career on hold, and he has been holding back fearing he could re-injure it, resulting in his career-ending.

With the match entering stoppage time, Isagi passes the ball to the other side of the field as Team Z searches for a new strategy that can’t be countered by Kuon. Because Kuon is unaware of Chigiri’s injury, they place their hopes on Chigiri.

As Team Z meets a seemingly insurmountable challenge, this episode raises the series’ suspense to a whole new level. Consequently, Kuon’s opponents find it impossible to come up with a plan when they see his playbook. It is this tension that provides the show’s protagonist with significant character development. 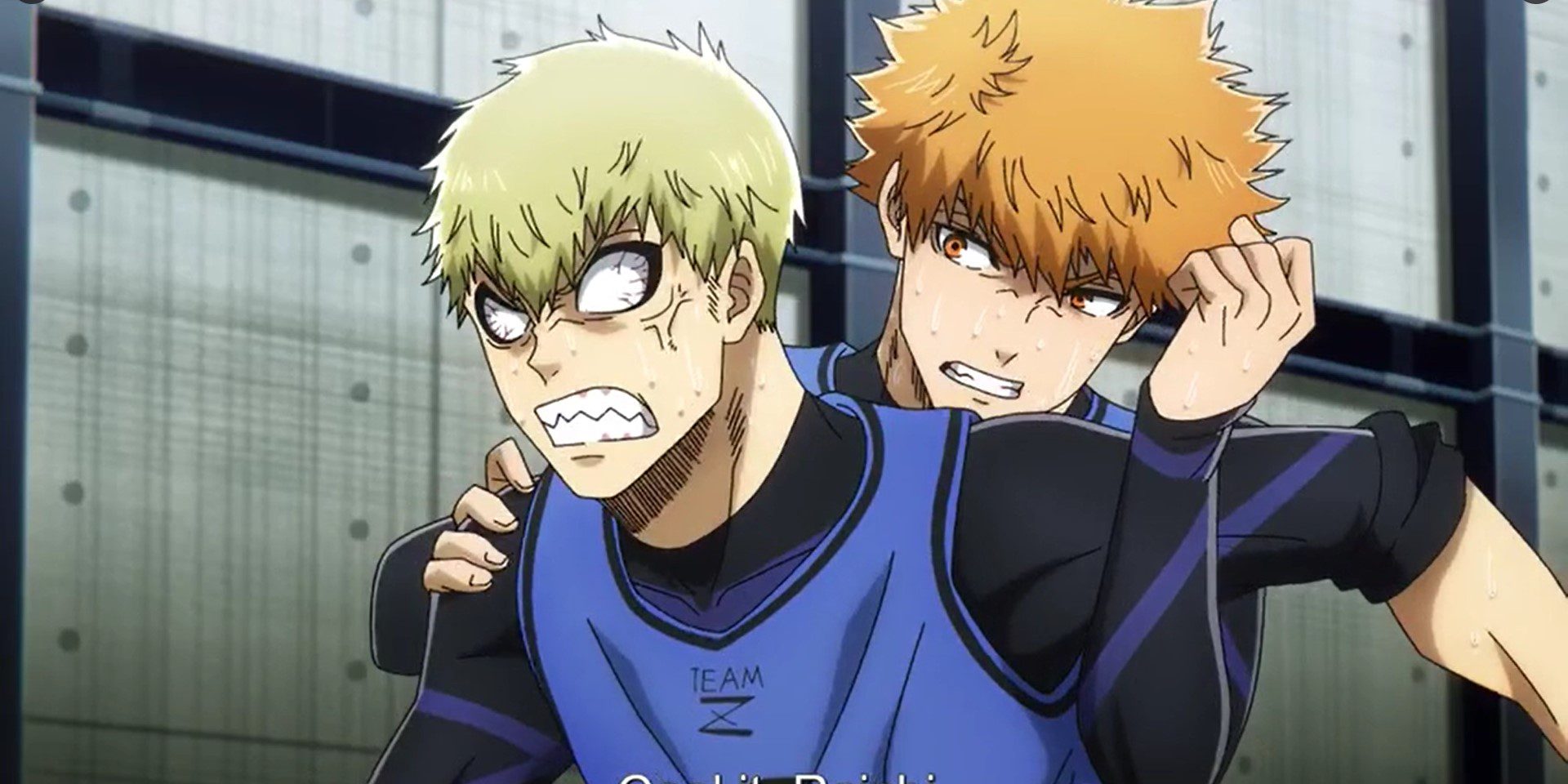 Isagi is the only character who doesn’t mind passing on the ball rather than trying to force himself into the spotlight up to this point. With the situation in such dire straits, we see him start pushing his boundaries and playstyle in such a way that I’m looking forward to seeing where his character goes from here on the show. 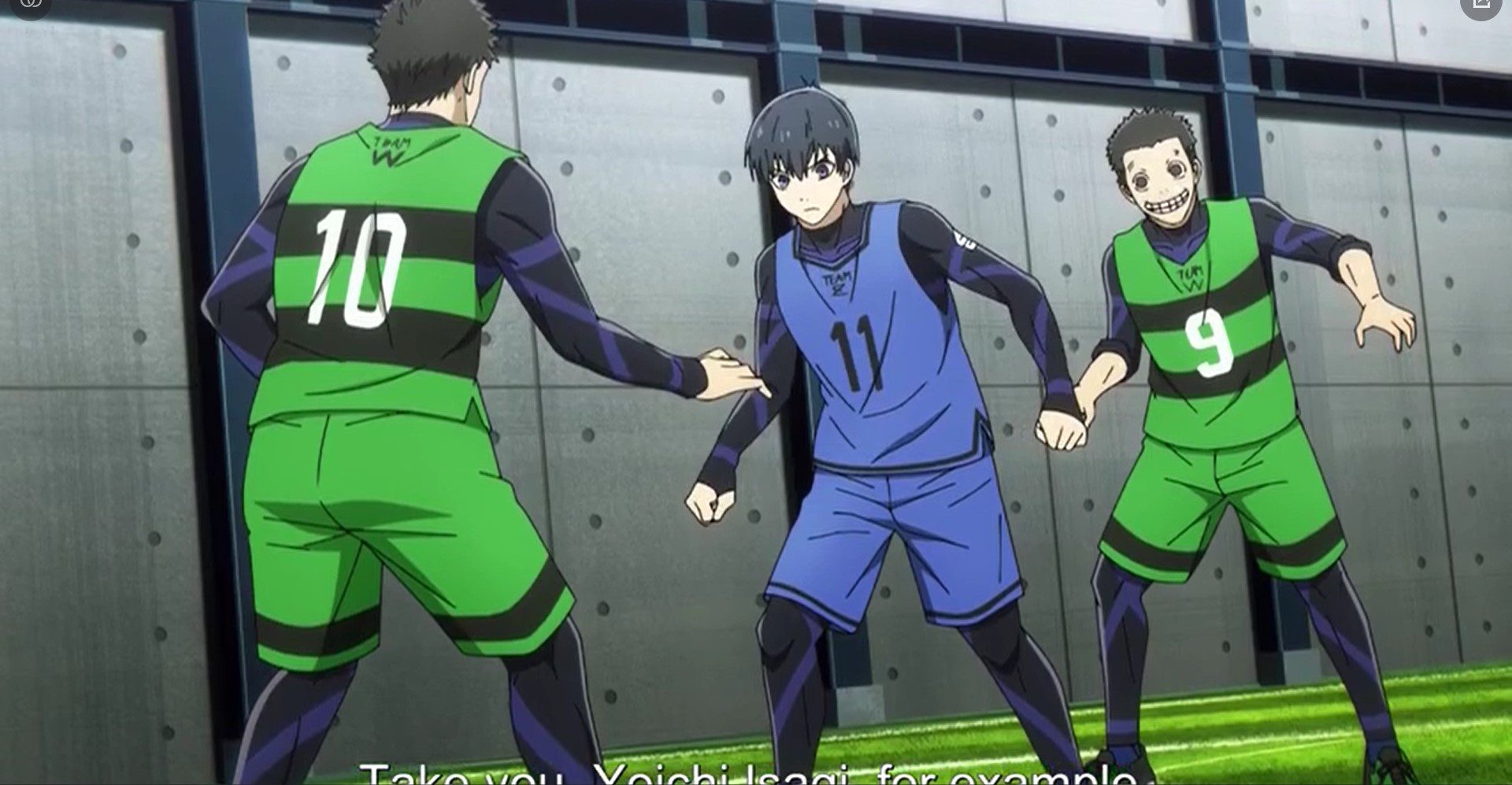 Although the primary character in Blue Lock Episode 7 has several great moments, he is not the only member of Team Z to have a significant moment. This week’s last revelations of Chigiri’s past have made it more obvious what lurks underneath the calm town’s façade. 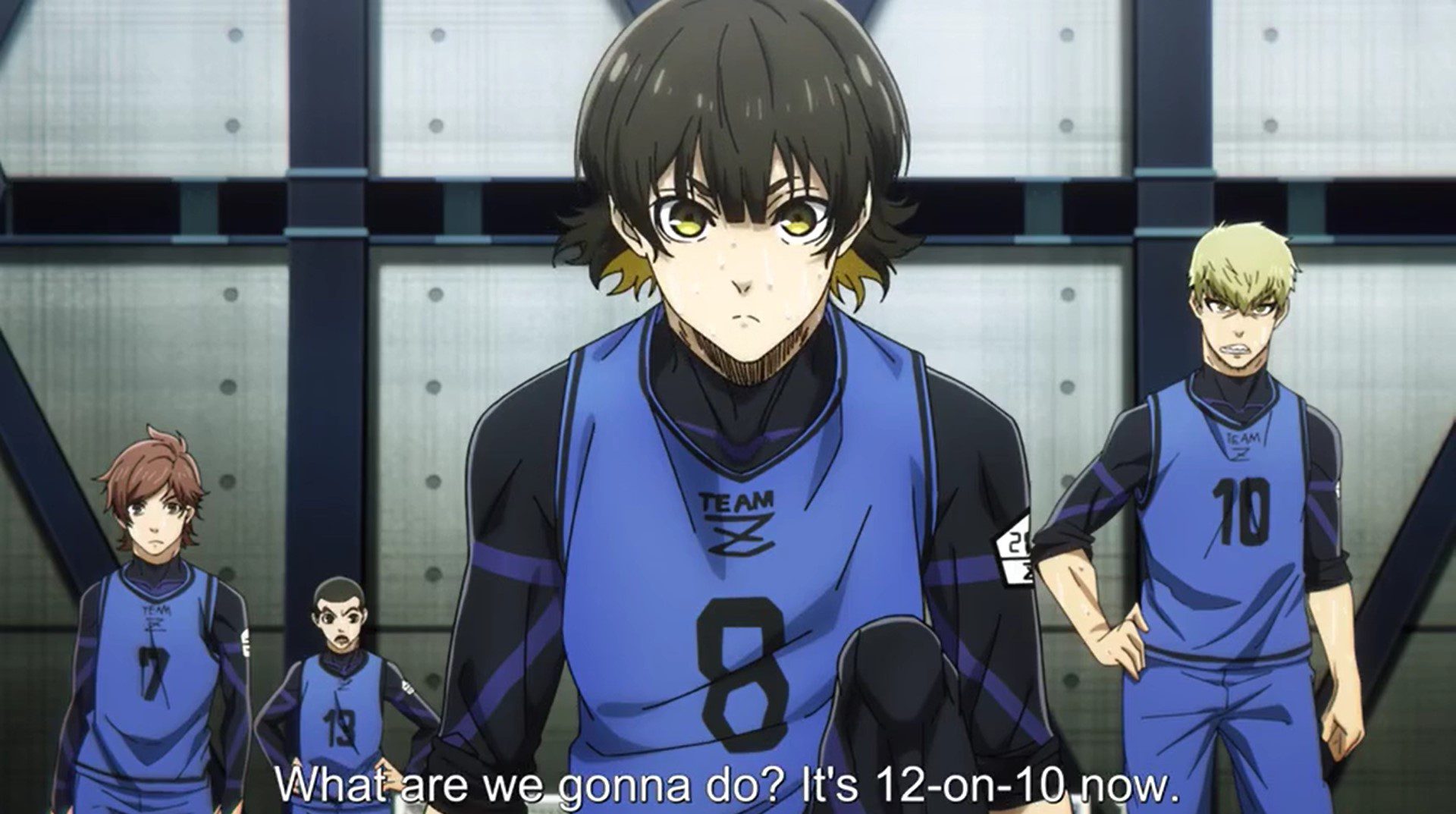 In addition to his struggles with his relationship with soccer, the young player’s past has been revealed along with his history with their current opponents’ twin stars. Through these reveals, the unfolding game is tempered by an emotional depth that brings balance to the tension. 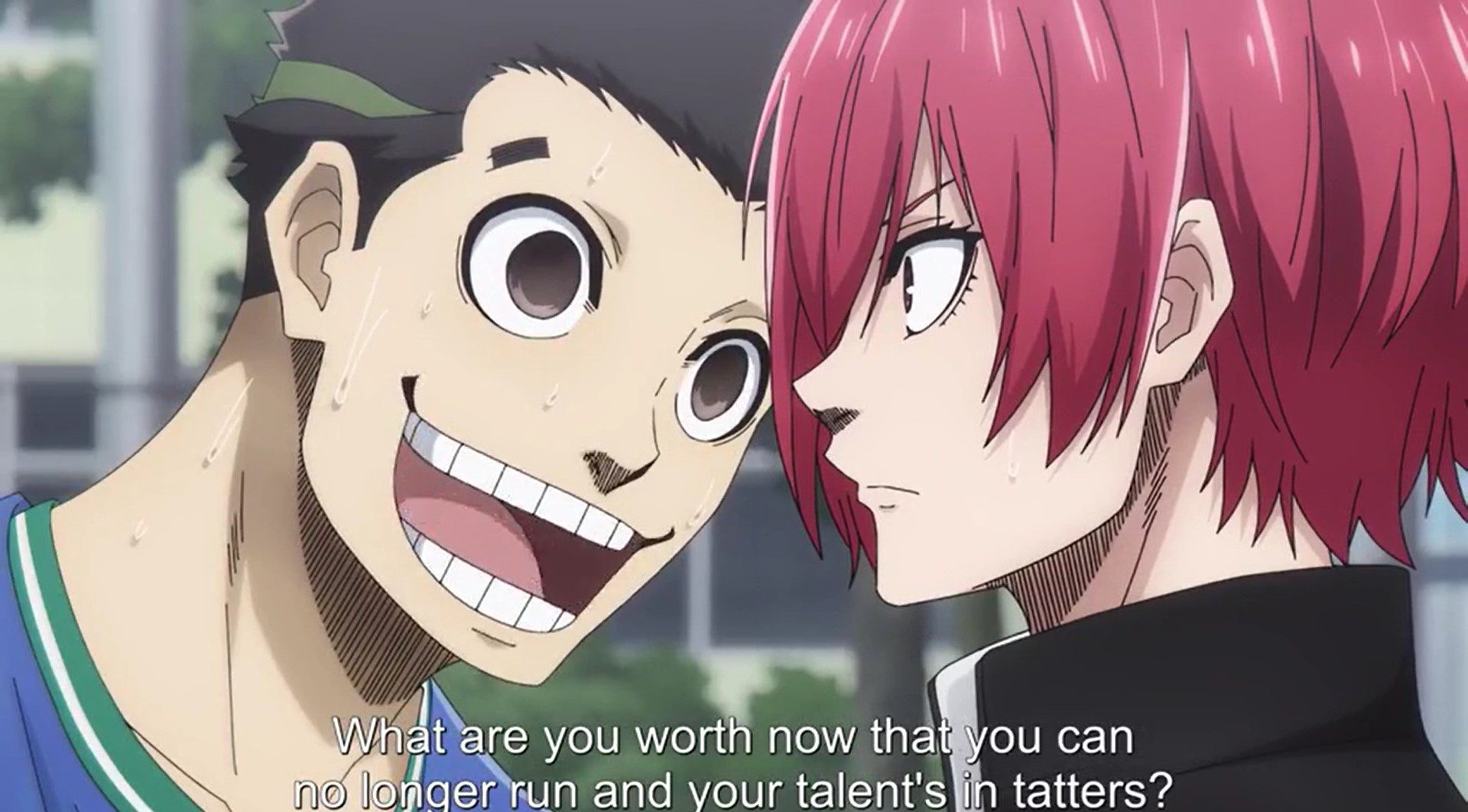 A person’s whole identity can be formed by a pursuit like a soccer, and Chigiri’s hardest moments serve as a great example of how much damage can be caused to anyone if that pursuit is lost. It is impossible to miss the intensity on the faces of several characters during the crucial match in this story as they portray the fierce dedication and aggression of the players. 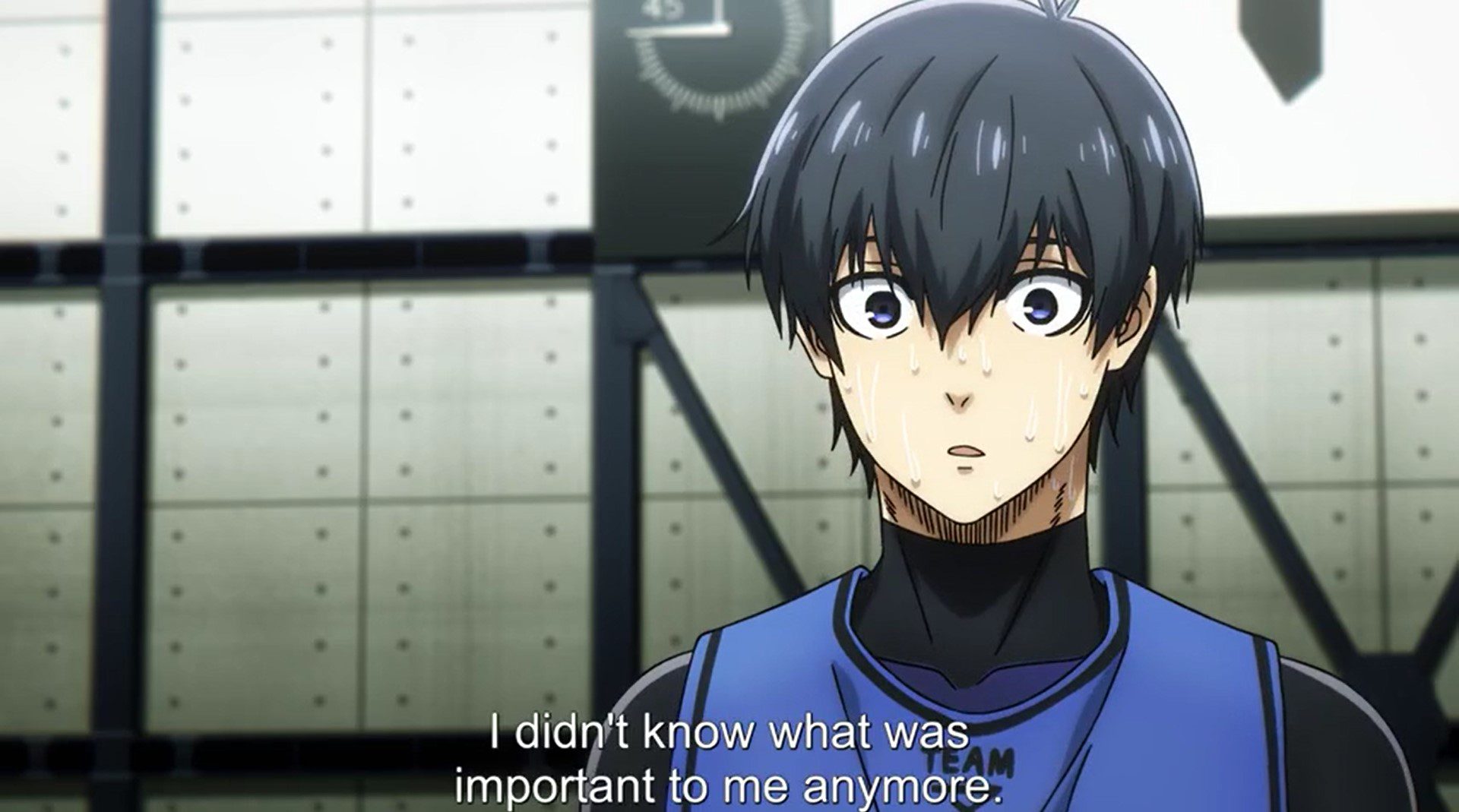 This show delivers a level of fierce obsession that I thought I would only ever see on the faces of Kakeguri’s cast. Chigiri’s internal struggle is also enhanced tremendously by the visuals. A masterful use of visual representations of how he perceives his past knee injury and its influence on his psyche is evident in the show.

Isagi Yoichi lost a decisive match at his high school that prevented him from going to the nationals with him. Although he was faulted for passing the ball at the last minute, he played well according to Japanese mentality.

Despite that, Isagi will no longer have a future in soccer and his dream of international soccer will never come true. While he broke down in tears mid-street, nothing could change, least of all through crying. Lucky for him, fate had other plans and his soccer career is just beginning. He was invited to the Blue Lock tournament. 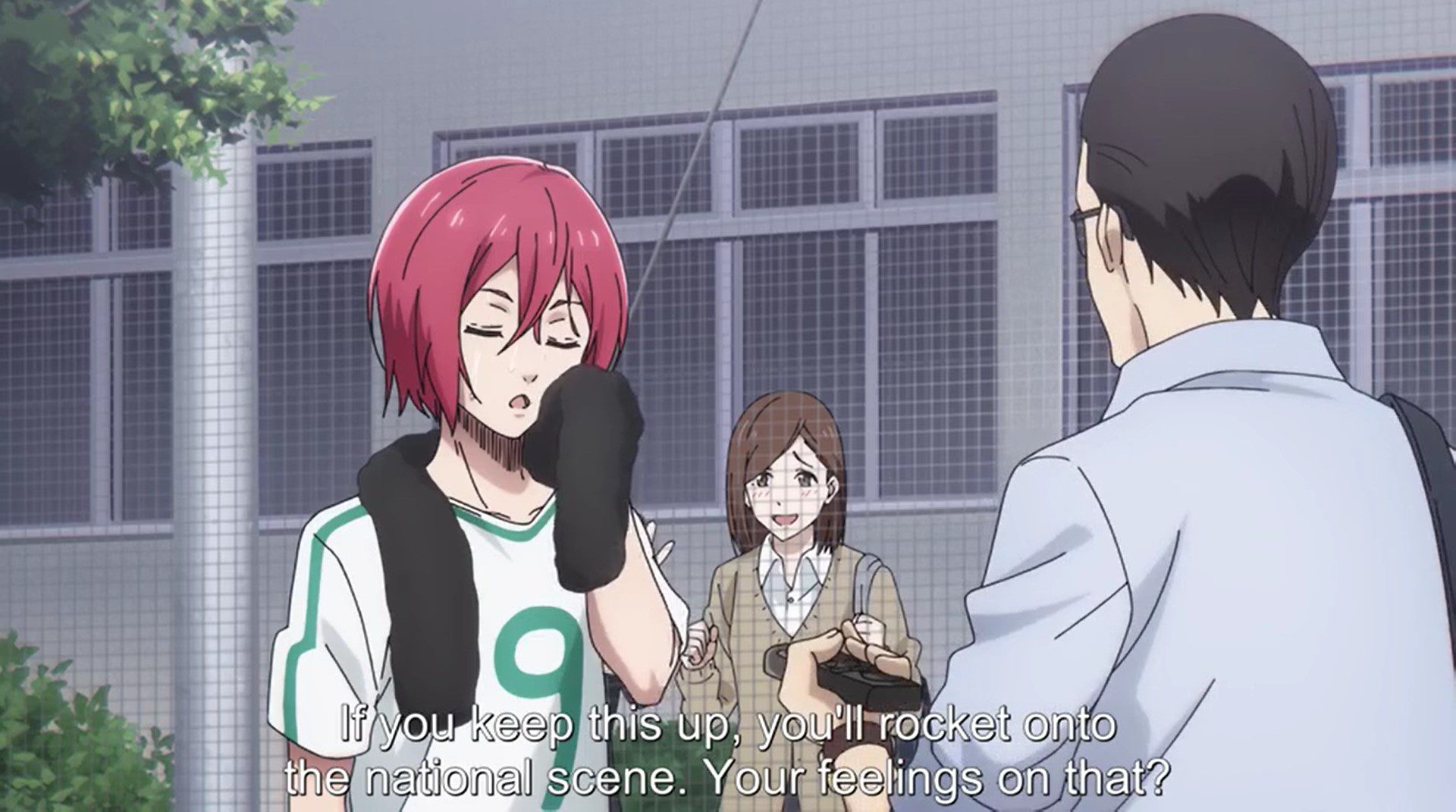 This is the third time the Japanese have lost the Fifa World Cup. One of the union’s members is tired of this practice and wants to make sure things are changed once and for all. Enter Ego, the man who has the plan that will change the way Japanese soccer is played.

A training regime he proposes would bring 300 strikers from all over Japan together and create the country’s greatest soccer. But can the strikers handle the pressure?

Where to Read Blue Lock Episode 8?

Fans can watch the Blue Lock Episode 8 on Crunchyroll when it is released. you can also watch the previous episodes of Blue Lock anime on the same platform.

Only in the category of sports anime is it being compared to Haikyuu. The anime’s first season will have twenty-four episodes, and it will air/stream until March 2023.