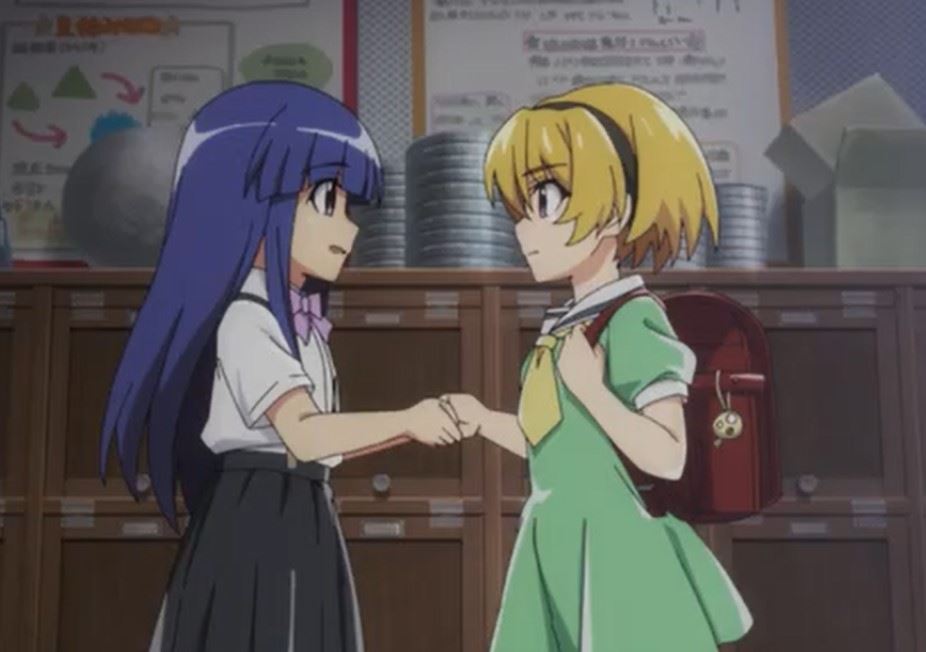 Higurashi When They Cry – Gou

After being allowed to come to school by her uncle Satoka cries in front of other students telling them to save her. She kept calling her big brother to come and save her and Rena told her not to be scared. The student felt her pain and they are worried that they couldn’t help her from her abusive uncle Teppei. Teppei is the one who took her parent’s fortune after they have passed away. He abuses Satoka and her brother by beating them and not giving food sometimes or teasing them.

Satoko was pretending as if nothing was happening but not she is showing it by crying in front of others. Keiichi and others get to know about it from Dr. Ira who relieves everything to Keiichi about Satoko’s past life. Satoko’s teacher Chie is the one who confronted Teppei and the next day she shows up at the school. The Child Welfare Service has also called her home inquiring about her well-being but she said she is fine.

Higurashi: When They Cry – GOU Episode 12 Release Date and Recap

Higurashi: When They Cry – Gou Episode 12 will be released on Thursday, 17 December 2020, at 11:30 PM JST. This post may contain spoilers of the next episode watch out when you proceed. Watch this Anime officially on Funimation. Take a look at the recap and preview below.

Previously on Higurashi: When They Cry – GOU Episode 11

Chie gets inside the classroom asking what is happening. Satoko wipes off her tears when Chie wasn’t looking and pretends as if everything is fine. She said that she just got involved in a fight with Rena, lying to cover up her story. Keiichi and others are shocked why she is acting like this instead of telling what is bothering her. She dances around with a fake smile saying that she was just pranking them. Later at lunch Rena ask Satoko to come and live with her.

Satoko refuses, saying that she will be staying with her uncle and there is nothing she can do about it. Rena went back to the class and tells Keiichi and others who are worried about Satoko. Keiichi asks why Child Welfare is not helping her and if people are waiting for her to be abused until she’s bruised and scarred. Mion replies that Satoka has already lie to the Child Welfare Service. They can’t help her since she is showing them she is living a happy life.

Shion shows up and stands with Keiichi that they can’t allow Satoka to be abused like that. Keiichi started a group that is willing to protect Satokoto. They went to the Child Welfare Service and reveals the truth about Satoko being abused by her uncle Teppei. The CWS gave them a chance to start watching Teppei and how she is living with Sakoto since they don’t have evidence to catch him.

So far we have managed to get the above latest updates for you more updates will be available next week Wednesday. After the release of the latest episode, we will be releasing the upcoming episode.