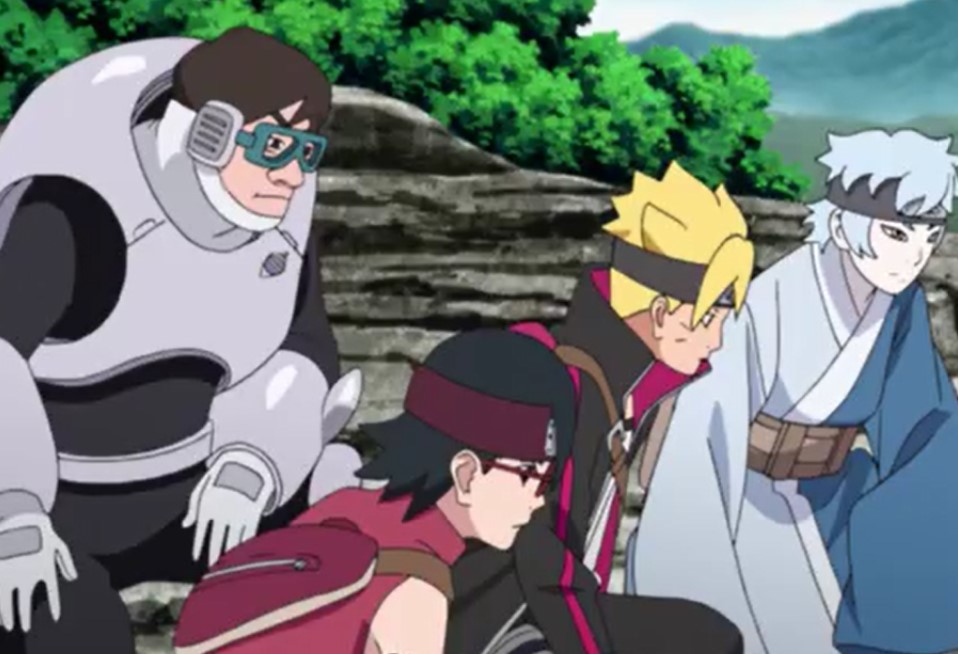 Team 7 has just finished with the testing on Scientific Ninja Tool. When they are about to leave, Akita gave them the manuals for the tools she gave them. She also gave them the emergency contacts. She wanted to provide more luggage, but Boruto complains about it. Boruto asks about Katatsuke, who shows up in an armored scientific robot. He comments that he has been waiting to try the robot for so long.

On their way, they find an airship that Mogino and Konohamaru were investigating. Mutsuki spotted objects that are near that airship. Katatsuke comment that it seems like there was a battle. Boruto suggests that they must go down and take a closer look. When they are down, Mitsuki reveals that the objects are Puppet Jutsu user’s Puppets. Boruto thinks that it might be Konohamaru who has taken them down. 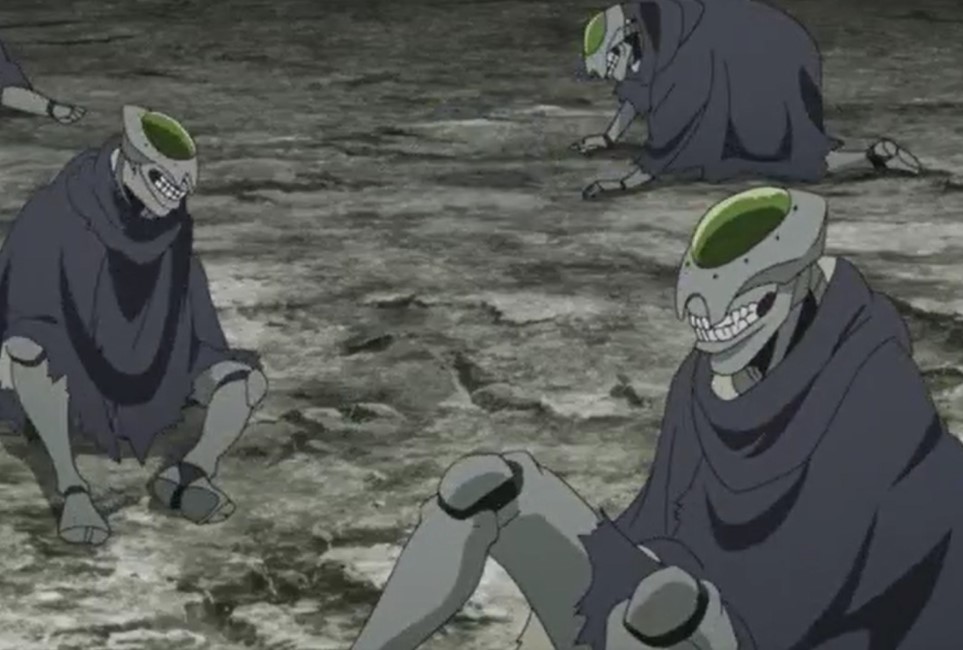 Mitsuki is worried about why they cannot see Konohamaru around the airship. Sarada comments that since there are puppets, there must be a Puppet user around. She thinks that Konohamaru is pursuing them. Dr. Katastuke entered inside the airship and started the investigation. Boruto reminds Katastuke not to forget about their mission. Boruto is surprised when a Puppet near him just got up. When the Puppet attacks him, he hops and unleashes a lightning style.

Boruto put the Puppet to sleep, and other Puppets started to wake up. When Katatsuke gets out, he notices that Team 7 is surrounded by an army of Puppets. The Puppets started attacking from both directions, and Sarad burns them with a Fireball. Mitsuki attacks with Windstyle: Breakthrough and ll the Puppets fall. Boruto is glad that they defeated them, but it surprises him when they get up again.

Katastuke alow the Puppets to excessive use of the Fire Bombs, and it causes the Puppets to overheat. All of them collapses with smoke coming out from the mouth. Katatsuke reveals that the heat caused the Puppets to shut down. Boruto is glad that Katatsuke saved them using his Science power. Katatsuke comments the Puppets might start moving again after they cool down. He then told them that they have to destroy the Puppets head. 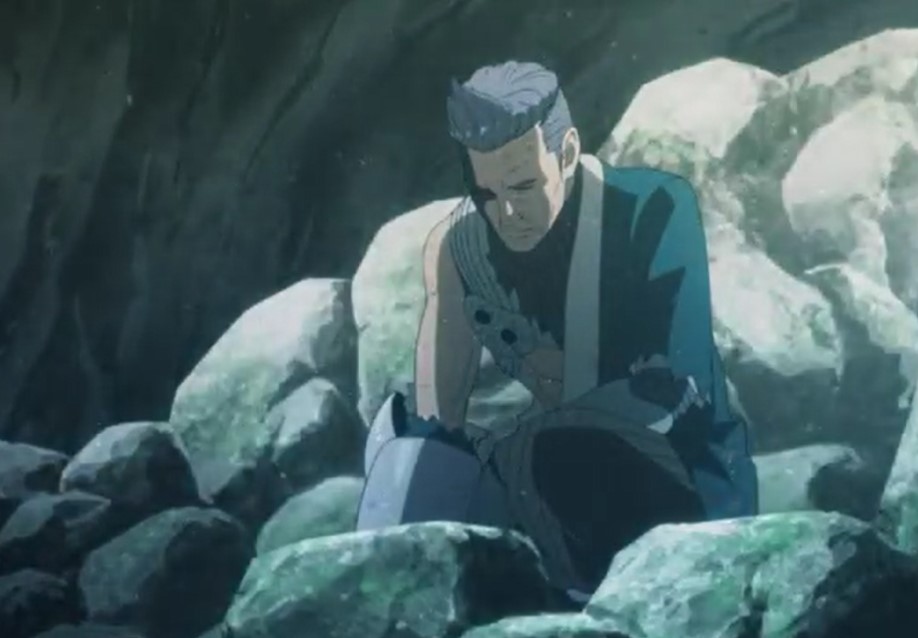 Katatsuke warns everyone to look for the chakra-infused component and destroy it. When Boruto wanted to destroy the last one, Katatsuke stops him and takes one component. He said that they have to take it back for their science research. Sarada comments that she thought it was just research. She did not expect that the mission was to fight the Scientific Ninja Tool. Katatsuke realizes that he was placed under Genjutsu, and his Intel on Scientific Ninja Tool was leaked.

Katysuke thinks that the intel that was used might be the one used to create the Puppets they have just defeated now. Chamaru came back barking and drop Konohamaru’s kunai. Sarada and Boruto are glad that he is still alive. They followed the trails to track Konohamuru. While Jigen trains with Code and Jigen comments that Code still has a long way to go. Boruto and others have managed to find Mogino and Konohamaru inside the cave. Konohamaru shows Boruto the intel that they have to return it.

Mr. Ao shows up and asks them to give the intel to him. Mr. Ao defeated them, and he took the hand of the robot. Boruto attacks with the Rasengan, and he absorbs it using that hand. Mugino decided to sacrifice himself and grab Mr.Ao so that he will explode with him. After the explosion, Konohamurau realizes that they cannot let Mugino’s sacrifice be wasted. He orders everyone that to retreat and when they have left. Mr.Ao emerges from the pile of rocks and comments that he won’t let anyone escape alive.