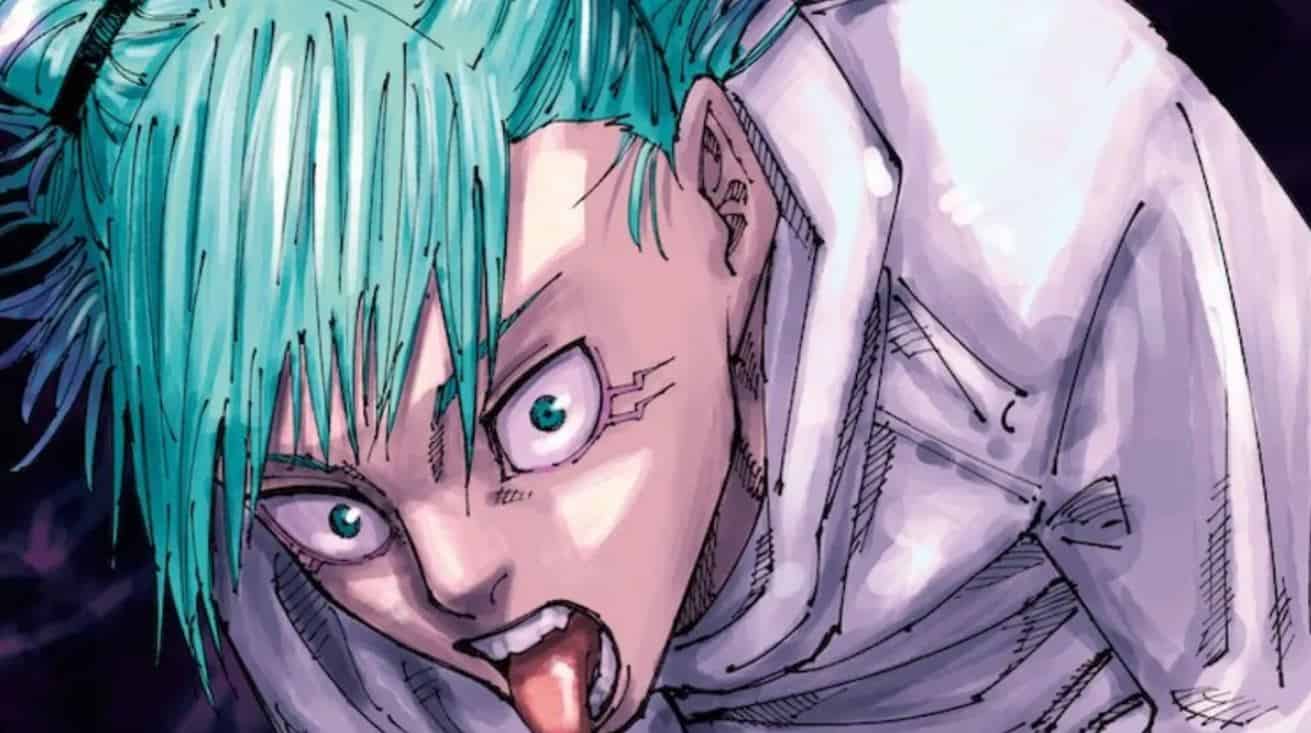 We just got Jujutsu Kaisen chapter 210 spoilers & leaks, and this chapter is pretty hyped. It’s expanding off of what happened in the previous chapter. So, let me just quickly go over what happened becasue it will make more sense of what we are going to be talking about.

So we saw the soldier successfully making their way into the Culling Game and going after sorcerers. You know due to the gaslighting by Kenjaku of multiple nations, and it turns out that Kenjaku’s goal or at least part of it is the mass slaughter of non-sorcerers aka the soldier by Cursed Spirits. Because it’s a fail-safe in case the culling game players don’t produce enough energy.

Kenjaku assured this by releasing, as he says, countless curse spirits into all of the colonies, and we then went after various soldiers and whatnot. Similar to how the soldiers are going, the weaker soldiers of course, and we came to some of the soldiers going after Yuuji’s group, and they threw like grenades at him, but Yuuji kicked it away, and then they started to straight up shooting at them but Takaba as able to avoid the bullets by like dancing.

It led to Megumi saying, “Okay! they are shooting at us, so they are definitely here not to protect us, So I will have to ask them directly what they are doing.” And that is where the chapter ends.

We see a weird oversized curse feeding children, and we later see in the chapter that one of the girls is Hana Kurusu, so yah this is really odd, I guess this is a Hana Kurusu’s backstory not Angel but like the host of the Angel. I haven’t been able to get full context on this yet but from this, it seems like Hana Kurusu may have been an orphan, and she was abducted by a curse or something and this curse, for some reason, was like raising three kids, like feeding them and had them in the abandoned house. This will be expanded upon a little later in the chapter. 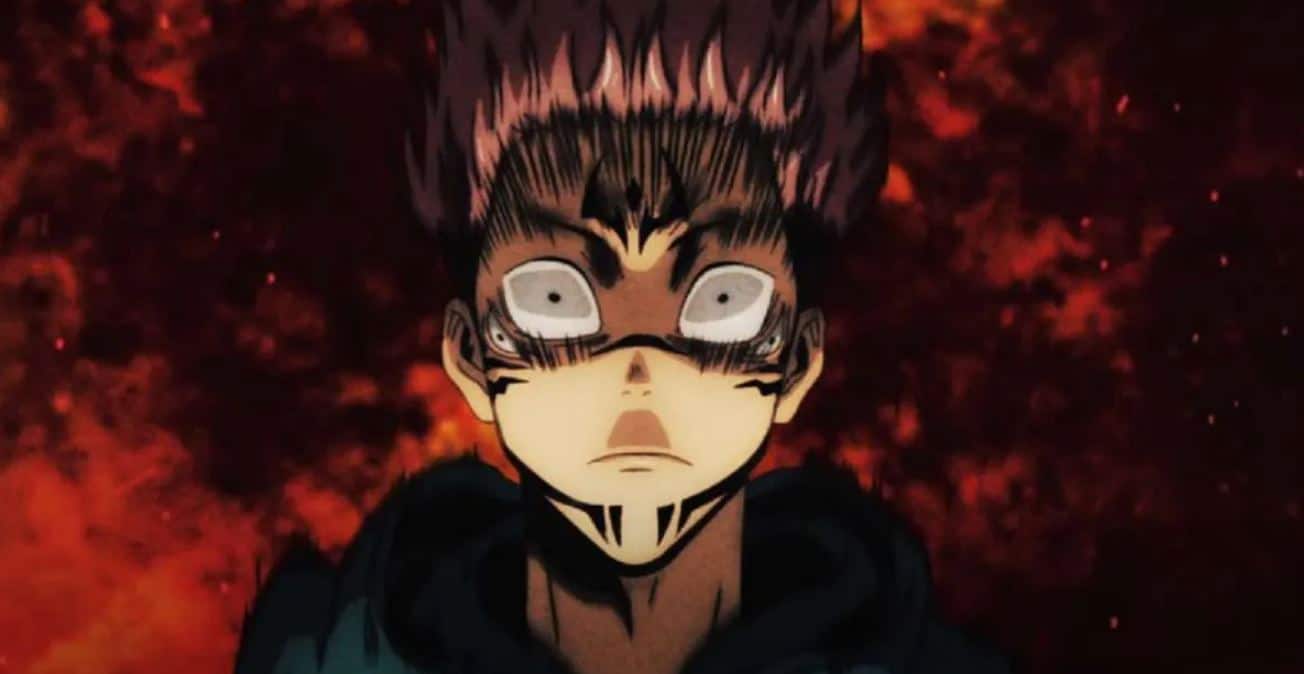 “The scene changes to Megumi, Yuuji, Takaba, and Hana, who are interrogating the soldier that they have taken down; He reveals that he is a local and now working as a guide for the US Troops; He then somewhat explains the reason why the US Troops has raided into the Culling Game.”

So this is continuing off of the end of the previous chapter with the soldiers trying to track them down, but it turns out that Yuuji’s group got one of them, and conveniently, he is a local that’s acting as a guy for the troops. If he is “local” that means he can freely communicate with the team here. You know considering that the other soldiers are either American or speak another language.

Then Yuuji decides to try and save the members of the Troops who invaded them at the Culling Game, from the attack of the curses. While on the other hand, Angel residing in Hana’s body says that there is no need to help them and if by any chance Hana gets any harm means they get harm.

“Then Yuuji says that they are not even allies if they consider, and he also adds that he doesn’t anybody in the group. Then Hana asks him that he is asking her or the Angel inside her, this feels like the same phrase that Sakuna uses, although it might be some coincidence. “

So this is interesting, there is tension between Yuuji and Angle, so I think that this is developing and maybe it’s just finally coming out with Yuuji, but it seems like everything was cool between all of them until now we are gonna find out actually what is troubling Yuuji in this sequence.

Another interesting here is that the whole thing freeze here is the whole same phrase as Sakuna, and of course, it’s pointed out that this could be a coincidence but it s also possible that it’s not. Considering that Angel is very aware of who Sakuna is and calls him the disgraced one or the fallen one, and the fact that, you know, Angel has the same type of dynamic as Sakuna, they are in a host that they are not completely taking over and they both do the whole face mouth thing. 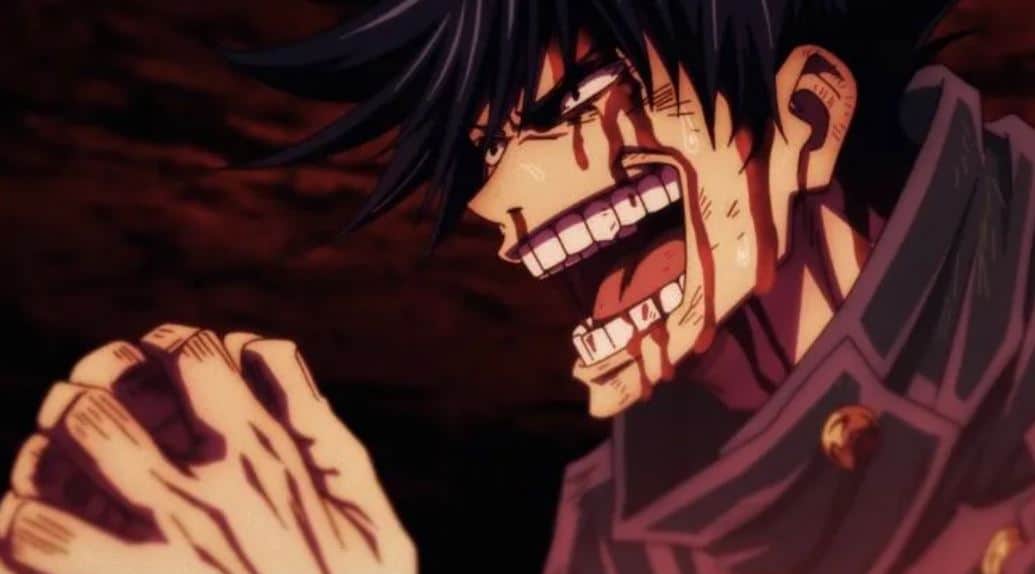 “Later in the story, we see scenes of curses manipulating and killing soldiers from the US Troops. In contrast, we see Megumi confronting Yuuji about his rude behavior towards Kurusu and Angel. Yuuji admits that since their initial meeting, he has been worried that Megumi would replace Nobara and this fear only intensifies.”

First of all, this is the reason why Yuuji has been acting this way towards Hana and Angel but also, Nobara is being mentioned here, I don’t think she is been mentioned or brought up since she was taken out of action by Mohito. I don’t say die because we still don’t know, Yuuji mentioning her here could mean that she is going to come back.

We actually even see a panel of her in this chapter too, so I think that will be a really cool way to go into like the third act of the Culling Game is like no bar is showing up and helping everyone because at this point, don’t think that this means that she is dead but f she comes back, I don’t think that it will be easy, there might be some kind of stipulation to it.

“Later in the chapter, we see Kurusu being saved by the cursed thing by following the “white fluffy tail” which is nothing but one of Megumi’s Devine Dogs when they were little, Shiro. Since then, she has decided to save people so that she can become a better person suitable to be along with Megumi. ”

That is a big reveal there;  so this is why Angel like Megumi, why she was all into him, because apparently, they have a history. So as we talked about in the beginning, Hana was abducted by this curse, and coincidentally at some point when Megumi was young. Like when Gojo was basically his guardian, he and Gojo went out, and Megumi used Shiro to I guess, take down that curse that had abducted those kids, including Hana. As a result, he saved Hana from the cursed thing. So yeah, Megumi saved her when she was a kid, and she still remembers it obviously remember it.

The chapter ends with Takaba for comic relief, and the preview says solidarity building Takaba exists too. I hope that we are gonna get to see Takaba go crazy and take down either the curses that are going after the soldiers or the soldiers themselves or both; either way, I want to see Takaba go crazy with this ability because we have only had a little tiny taste of it so far. And considering how outrageous it is. I really do think that Gege has some big grand plans for it.

The amazing next chapter of our favorite manga series after a week’s break is all set to release in the upcoming issue of the Shonen Jump Magazine. Jujutsu Kaisen Chapter 210 is scheduled to be released on January 23rd, 2023, late in the night as of Japanese Standard Time.

It will be available for fans worldwide, according to the time zone below; make sure you set a reminder so that you can read this wonderful chapter the moment it gets out.

How To Read Jujutsu Kaisen Chapter 210

You can read the upcoming Jujutsu Kaisen Chapter 210 as well as the previous releases of the manga, directly on the website of their primary distributors, Viz Media and Manga Plus. If you are using a smartphone, you can also access the upcoming and previous chapters of the Jujutsu Kaisen on the app, which is available to download on both Android Play Store and Apple App Store.

ALSO READ: 51 Best-Selling Novels Of All Times That Have Been Made Into Movies & TV Shows