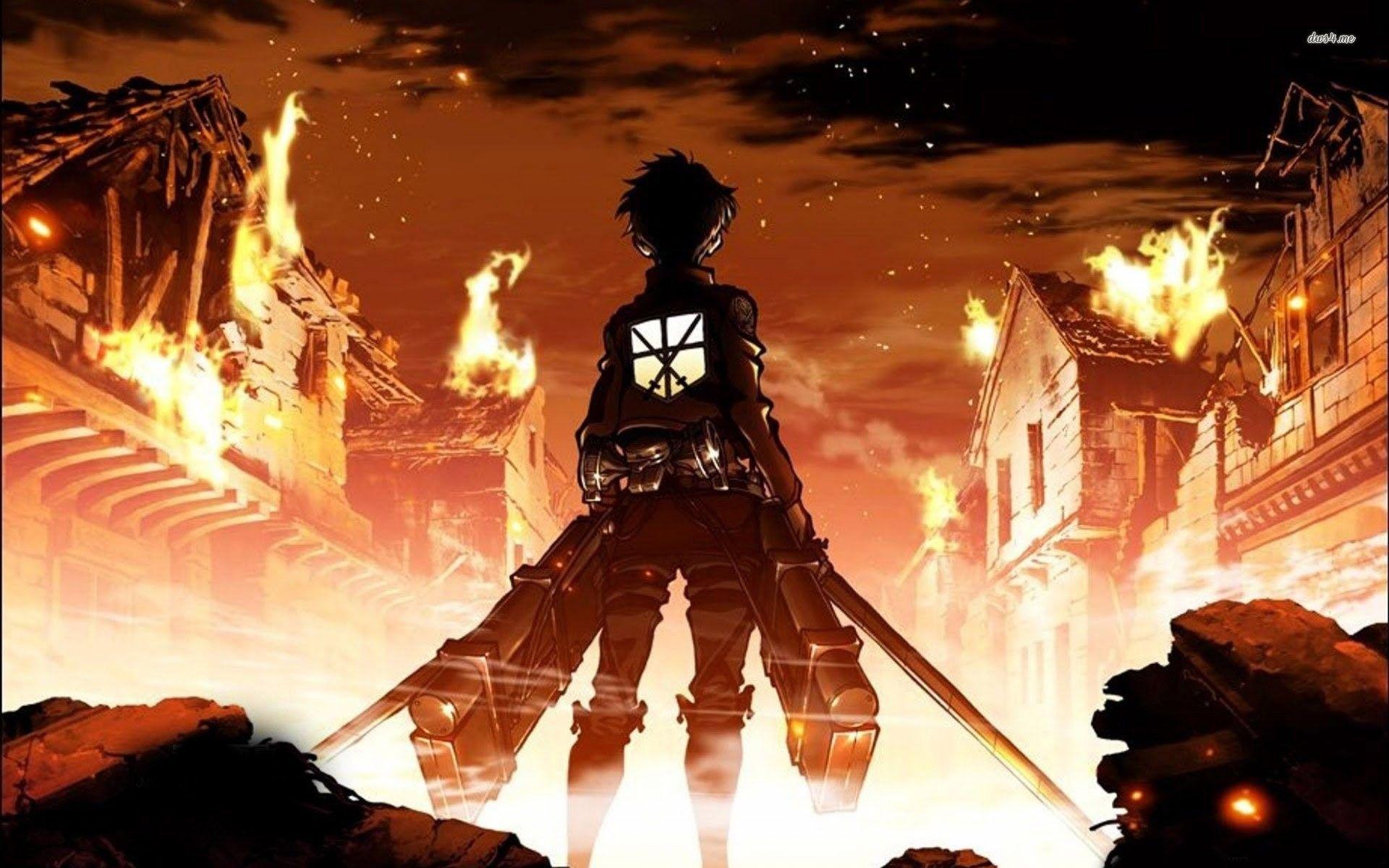 Attack on Titan, a show everyone is talking about right now. With its popularity soaring high AOT is airing its fourth and final season this year. A lot of things have happened and a lot of important things are about to happen and the wait for the weekly episodes is ever so bothering. For those unfamiliar, AOT is a show about massive Humanoid beings called Titans who thrive by eating humans inside the three walls on Paradis Island. The Survey Corps is responsible for handling and killing these Titans, however, the job is far from easy. Why?

Because Titans are more or less indestructible. They don’t seem to weigh much in spite of their massive size. They regrow their limbs and organs if damaged and seem to have no source of nutrition whatsoever, apart from the Sun which too is not a very important factor to them. They eat humans seemingly for no apparent reason. The only way to kill them is by slashing out a particular area in their name. This is what the Survey Corps comes in.

In the fourth season, we see the Corps including Levi, Mikasa, Armin, and of course, Eren leave for the kingdom of Marley and battle it out with them. What comes next is pure chaos. Attack on Titan is a show which does not shy away from killing off important characters often in gruesome ways. This is what sets it apart from the usual Shonen genre of anime. Here are 5 deaths in AOT which were worth the sacrifice and 5 which were sad, in vain. 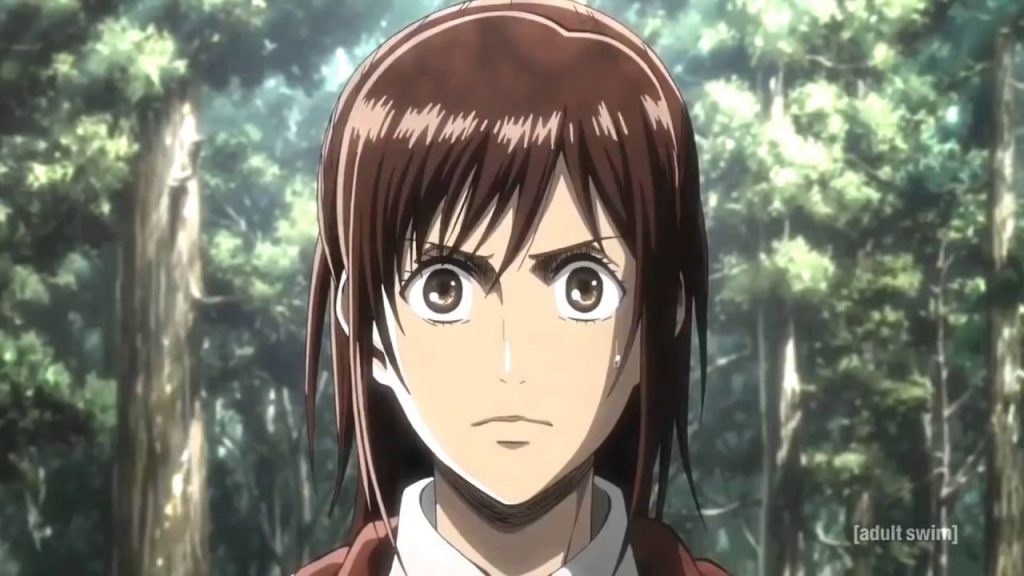 The most shocking and saddening death which horrified fans just recently was the death of everyone’s beloved Potato girl. Shasha was a member of the Survey Corps famous for her brave heart and forever empty stomach. She made a name for herself stealing food and eating it with passion. She was also brave and amazingly skilled in combat despite her goofy demeanor. Recently, while making it back to Paradis in an airship, Shasha was shot from behind by Gabi. Her death was in vain because it did not bring any particular advantage to the Survey Corps. All it brought was heartbreak. 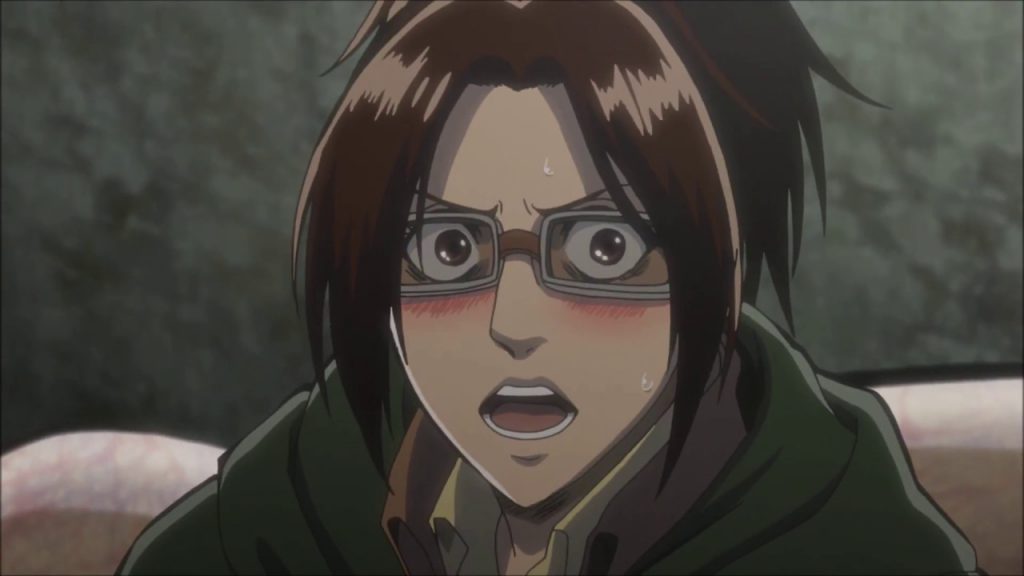 Hange’s death was a real sacrifice as it allowed the other to escape the situation. It was because of her that a lot of soldiers were still alive and breathing. It was her life that saved theirs, and that is a true sacrifice. 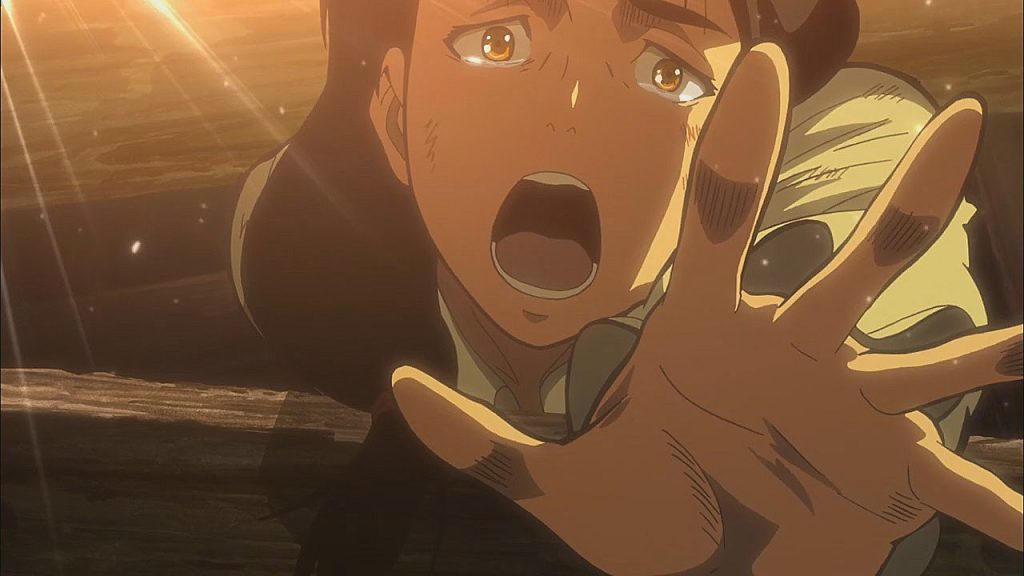 Carla’s death was one of the most shocking ones as it came without warning in the very initial episodes of the show. And even though it was quite gruesome and saddening, Carla’s death in Attack on Titan does not exactly bring any strategic value to anyone. It’s a loss, a big one because it’s simply hurtful. All it did was make Eren’s resolve stronger but at a cost too big. 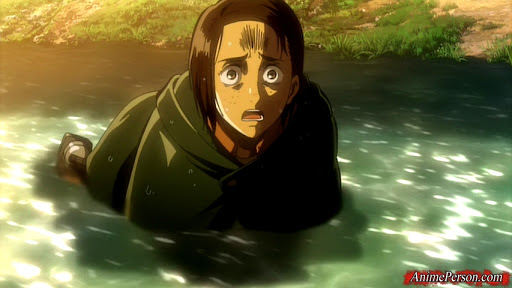 From the Attack on Titan OVA, Ilse is a character who comes face to face with an abnormal Titan who speaks, only a few words but he speaks. Referring to her as one of Ymir’s Subjects. Ilse does her best noting down everything that happens to her before the Titan grows unstable and bites her head off. He then stores the body and the notebook inside a tree where the Levi squad including Hange find it years later. Ilse’s death brings great value as after this incident, Hange’s request to capture and study the Titans is approved which led to a great many discoveries about the Titan anatomy in the show. 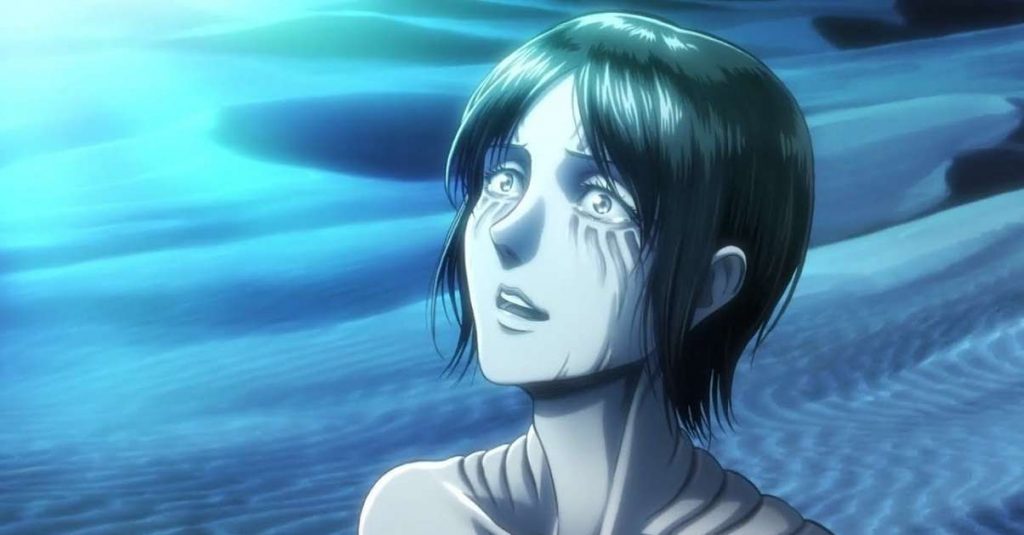 After doing so much and making so much effort, Ymir gets consumed by Porco who becomes the next jaw Titan. Her death is painful in the regard that no one is shown her exact moment of death. We just jump into season three where she’s already been dead for a while. 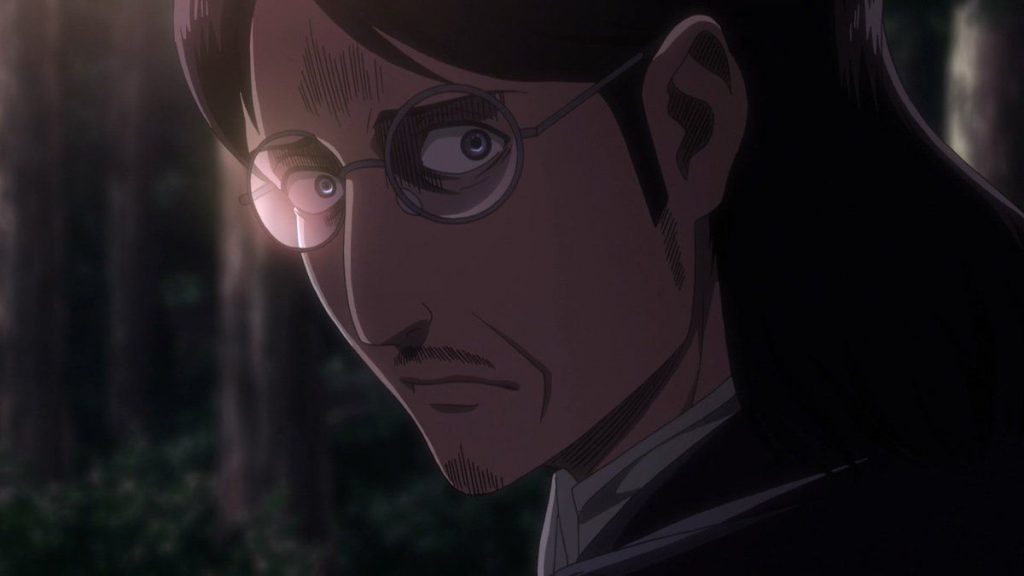 Grisha’s death was the seed that brought on further events in the show. Grisha gave Eren the Attack Titan and powers of the Founding Titan without Eren realizing it. They would only discover this later in the show. This was really where it all started. Without Grisha, Eren would have had no fighting chance. 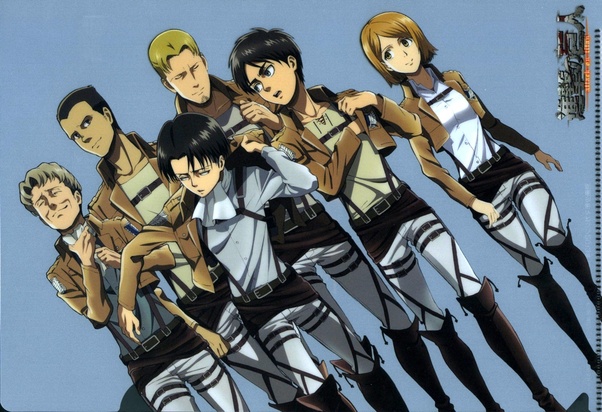 Eld, Petra, Oluo, and Gunther all died horrific deaths at the hands of the female titan aka Annie Leonhart. They tried to protect Eren from her but in the end, Eren had to rely on his own ability and jump into battle with Annie. Eren should have run away but he was too enraged with how easily she killed off the entire squadron. This provoked him, which was exactly what Annie wanted. 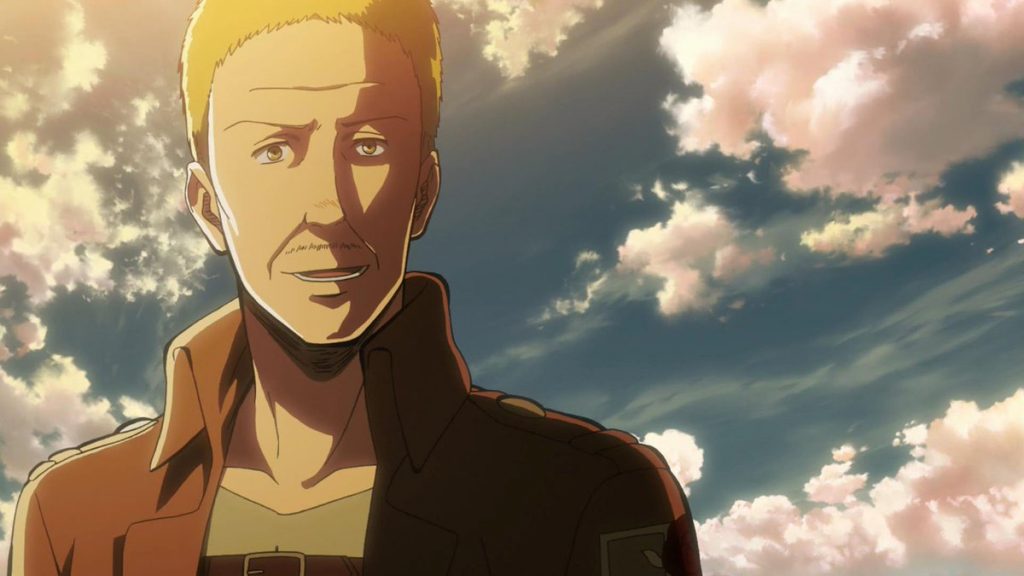 Don’t get us wrong, Hannes’s death was incredibly painful and it might feel like it brought no real value to the team. The big thing his death did was save Mikasa and Eren from immediate danger. If it weren’t for him, the most important asset of the Survey Corps, Eren, might have been killed off at the hands of the Smiling Titan. He saved them not once, but twice. A true savior. 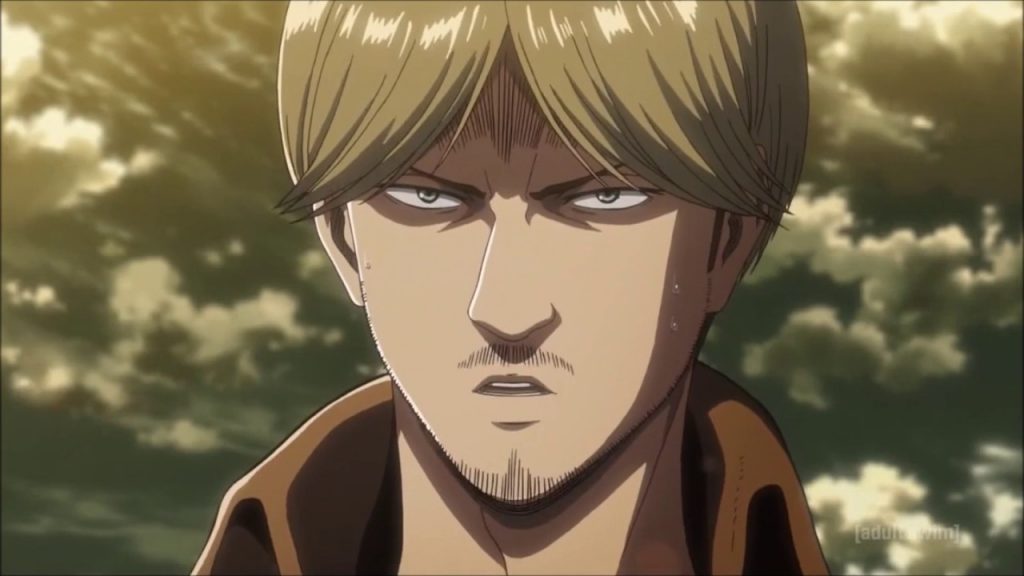 Mike, called the second-best soldier after Levi died pointlessly at the hands of The Beast Titan. The soldier was baffled and confuse being confronted by an intelligent Titan who could speak and command other Titans. It was too late and his equipment was gone. He was killed mercilessly and in vain. 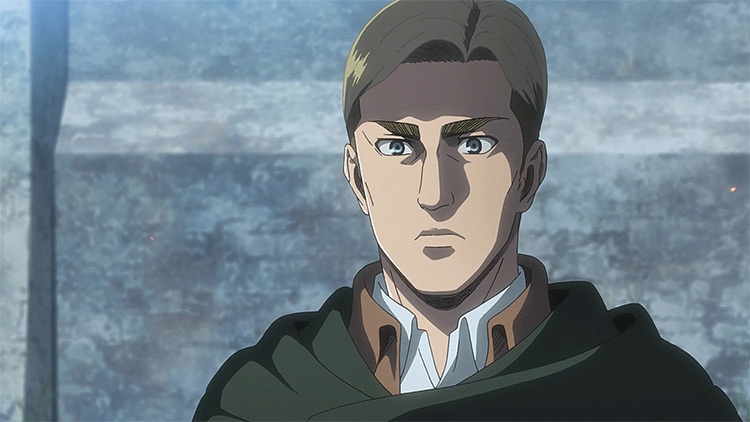 Never forget the brave and strong leader of the Survey Corps Erwin Smith. Erwin made a huge gamble leading his men directly upfront towards the Beast Titan and the rest of his Titan army. All so they could distract them from Levi who would go on to skirmish all the Titans in the blink of an eye. In the process, most of the Survey Corps and Erwin himself get trampled under massive rocks that the Beast Titan tossed at them. This sacrifice played an important role in the retaking of Shiganshina even though Zeke managed to escape Levi’s wrath in the end.

So these were the 10 death in Attack on Titan, some of which were worth it and some unfortunately not. What are your thoughts about this ranking? Let us know in the comments.